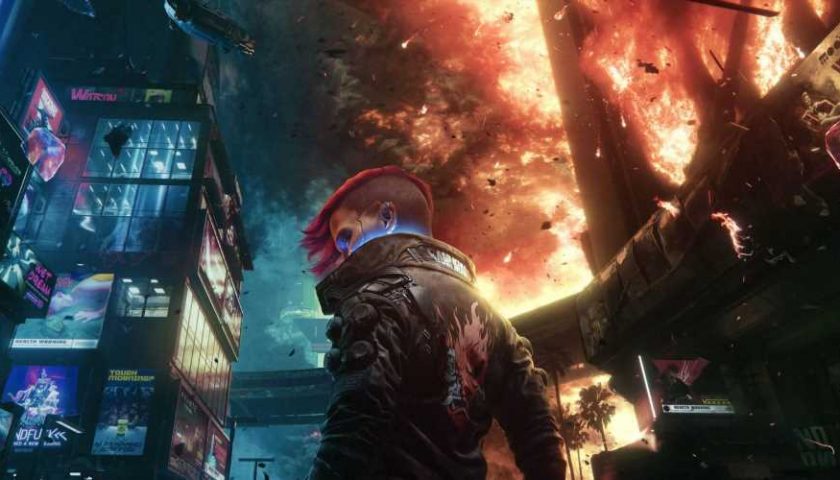 Cyberpunk 2077 might not have gotten off to a good start, but it seems to have found its groove. February’s big 1.5 update gave Cyberpunk a new lease on life, with sales and a free trial afterward convincing players to give the game a try (or another try, in the case of fans who never refunded their pre-order). Although CD Projekt Red knows there is still "work to be done," Cyberpunk 2077 is now in a state that most would call "acceptable."

CD Projekt’s commitment to Cyberpunk 2077 has apparently translated to strong sales. In its end-of-year presentation, CD Projekt revealed Cyberpunk 2077 has crossed 18 million units sold as of April 14, 2022. The studio also revealed multiple new games are in development with roughly half the studio working on new projects.

The chart below breaks down what CD Projekt’s studios are currently working on. As you can see, roughly half are working on "other projects," including a new game set in The Witcher universe. There's also a Cyberpunk expansion on the way, several Gwent-related projects, and a new game “based on one of [CD Projekt's] franchises” coming from the recently acquired studio The Molasses Flood. 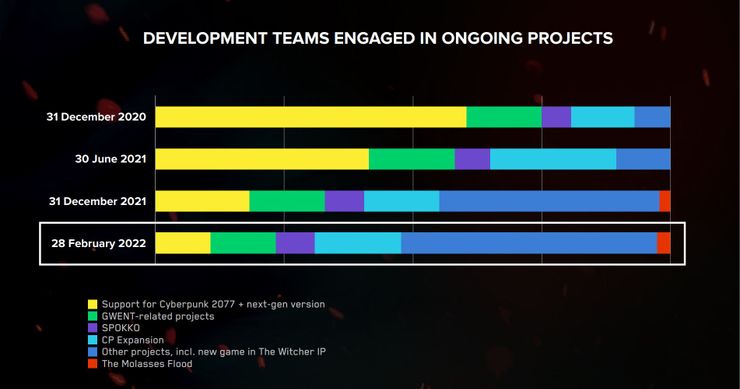 The presentation also had a lot to say about The Witcher, which has topped 65 million in sales across the franchise. The Witcher 3: The Wild Hunt alone accounts for over 40 million of those sales. A brand-new Witcher game was recently confirmed to be in development and will use Unreal Engine 5 instead of the studio’s proprietary Red Engine, a major swap for CD Projekt.

Although a new Witcher game is in development, it seems to have come at the cost of Witcher 3’s next-gen upgrade, which was recently delayed indefinitely. CD Projekt promised to update fans "as soon as we can," but didn’t provide even a vague timeline of when The Witcher 3 will get its 4K debut on PS5 and Xbox Series X.

Gwent will also be getting a new singleplayer game mode while support for AR game The Witcher: Monster Slayer continues, and CD Projekt reconfirmed the Cyberpunk 2077 Netflix anime "Edgerunners" is still scheduled to arrive later this year.

As for those unannounced projects, all we know is that CD Projekt CEO Adam Kiciński recently announced a company goal to work on "simultaneous implementation of two AAA projects" in 2022. Whatever these games are, they're at least as big as The Witcher 3 and Cyberpunk 2077.