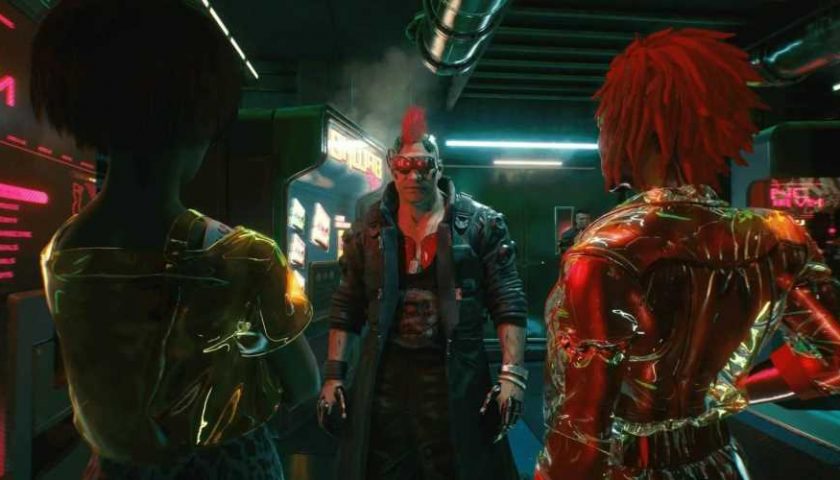 Cyberpunk 2077 has received a whole lot of improvements since its infamous launch in 2020, but one of its most frustrating aspects is still there. For some reason, in a world where looks are everything, with 'style of substance' literally being one of the game's taglines, you cannot try clothes on before you buy them. Think it looks naff on your character? Hope you saved before you splashed the cash.

Now, almost two years on, fans are calling on CD Projekt Red to finally add a proper wardrobe feature. This comes shortly after the devs just released a bunch of other fan request add-ons, such as the ability to customize your appearance and skip phone calls.

"This is how we should buy clothes", says Reddit user makavelinow, sharing a photoshopped screenshot of the game, giving us a look at what could have been.

"[The] game not having a preview when buying clothes is the dumbest thing ever", agrees AllGodzDie.

RavenRain_ says this would be a huge relief to those who have to go to great lengths to try out clothes before they purchase them. "This would be so much better than browsing the wiki, looking at tiny images of stuff that might look good. Find the right shop that sells them. Quicksave. Buy items. Try them on. Hate them. Reload game so I get my money back."

AJoyce86 also says this is a much-needed feature. "Combine this with being able to tell V to STAND STILL GODDAMMIT in character creation and Cyberpunk will have all the character customization features that Star Trek Online had in… 2010."

Of course, this would pair well with a transmog system. CD Projekt Red has at least hinted that this is on the way, so with any luck, it will be released alongside a new and improved shopping system in the various clothes vendors of Night City.