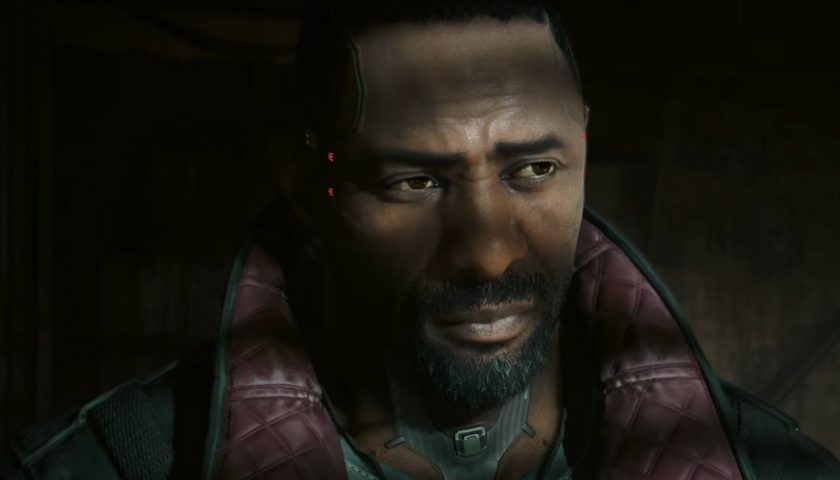 It was announced during The Game Awards earlier this month that Idris Elba will be joining Keanu Reeves and friends in Cyberpunk 2077's upcoming Phantom Liberty DLC that launches in 2023. It was a surprise for most of us watching, although one artist was probably grinning from ear to ear with satisfaction at the knowledge that they actually predicted Elba's inclusion over two years ago.

First shared by Eurogamer, the person in question is Hungarian digital artist Zsolt Kosa who has been working in the games industry for 10 years and has created various fashion designs for companies like Activision Blizzard and Warner Brothers. If you head on over to Kosa's ArtStation page, you'll find several incredible pieces of art alongside a Cyberpunk 2077 mockup of Idris Elba posted back in 2020.

The image shows off what Kosa thought Elba would look like should he ever appear in Cyberpunk 2077, and it's honestly not that far off. Kosa's version of Elba has white hair that is tied up and is wearing a yellow tank top underneath a large trench coat which is scarily similar to the one he's wearing in the actual trailer. He also has a pair of piercing blue eyes which are covered with some spiffy shades in a second, slightly different image.

If you want to see more of Kosa's work, or perhaps his drawing skills in action, they have a YouTube channel in which you can find a bunch of technique demos and several impressive speed paintings. Now all we have to do is get Kosa to create a Cyberpunk 2077 mockup of Danny Devito and the already announced sequel will be perfect.

In other Cyberpunk 2077 news, Idris Elba himself is actually pretty impressed with Phantom Liberty and recently claimed it has the "deepest game narrative ever." We're not quite sure how much of a gamer Elba is exactly, but here's hoping Phantom Liberty has a story we can all get properly invested in.