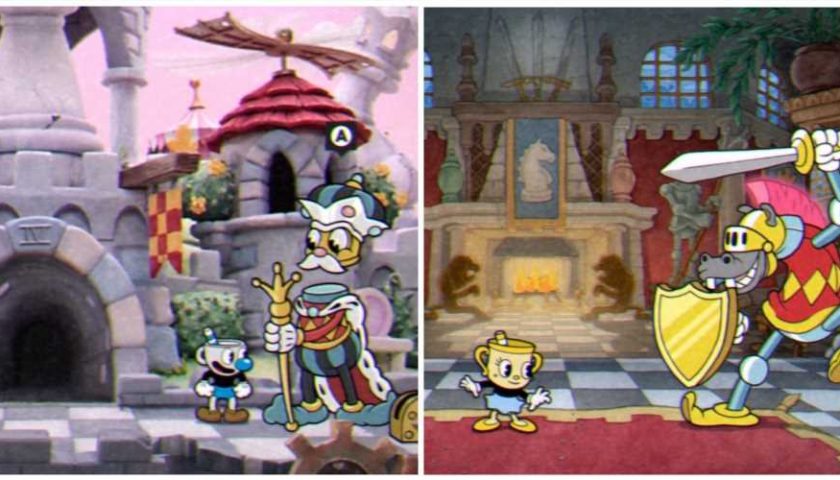 Fans are delighted to finally have The Delicious Last Course, Cuphead's long-awaited DLC, finally in their hands. The add-on comes with more than just a series of bosses. There is also a set of challenges players must tackle without the use of weapons or charms called King's Leap.

These enemies can only be defeated through parrying. It is a step-up from the mausoleum challenges in the main game – these challenges are significantly harder. Read the guide below for some tips and tricks on how to beat this interesting side-quest in The Delicious Last Course. 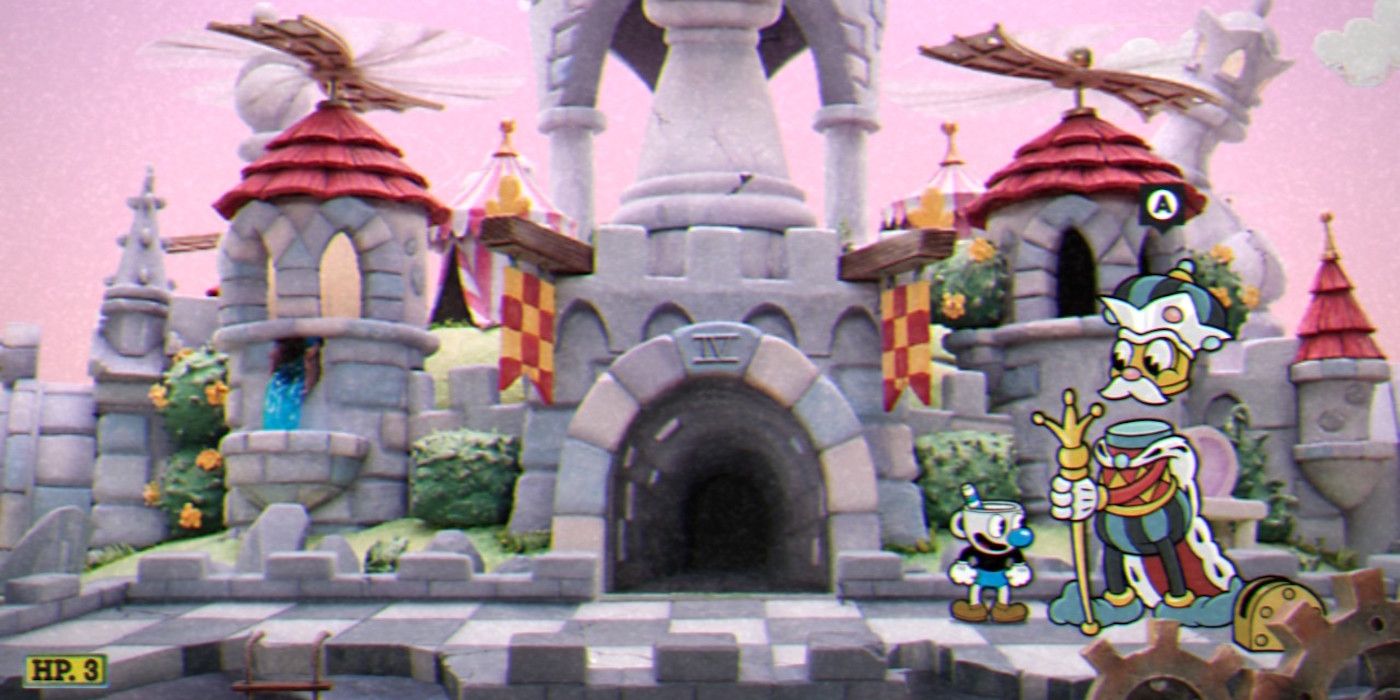 The King's Leap is accessed by ladders, so you cannot play these until unlocking the ability to access the expansion in the main game. Beating them gets you coins you use to purchase weapons and charms.

Even though you cannot equip any charms to help you out here, you can still play as Miss Chalice. We recommend you use her for these challenges since her double jump and the ability to parry by dashing makes these a lot easier. In fact, most of these challenges feel like they were made for her abilities. 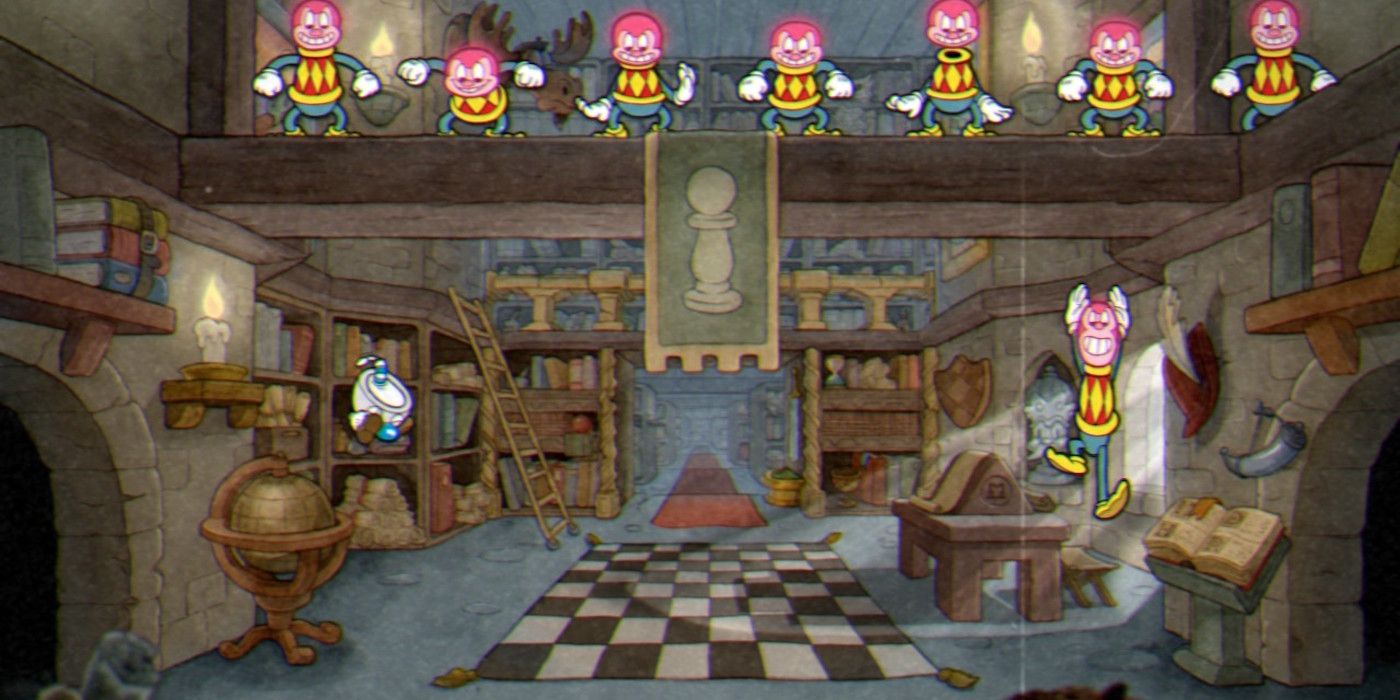 The first challenge is a row of pawns above you. They jump down and run towards the side of the screen you are on. When they hit the ground, jump and dash once you are level with their pink heads to do damage.

Once all the heads are gone you win the challenge. Even ones without heads will still jump and attack you, and they jump down more frequently as you come closer to victory.

All in all, it is one of the easier challenges of King's Leap. 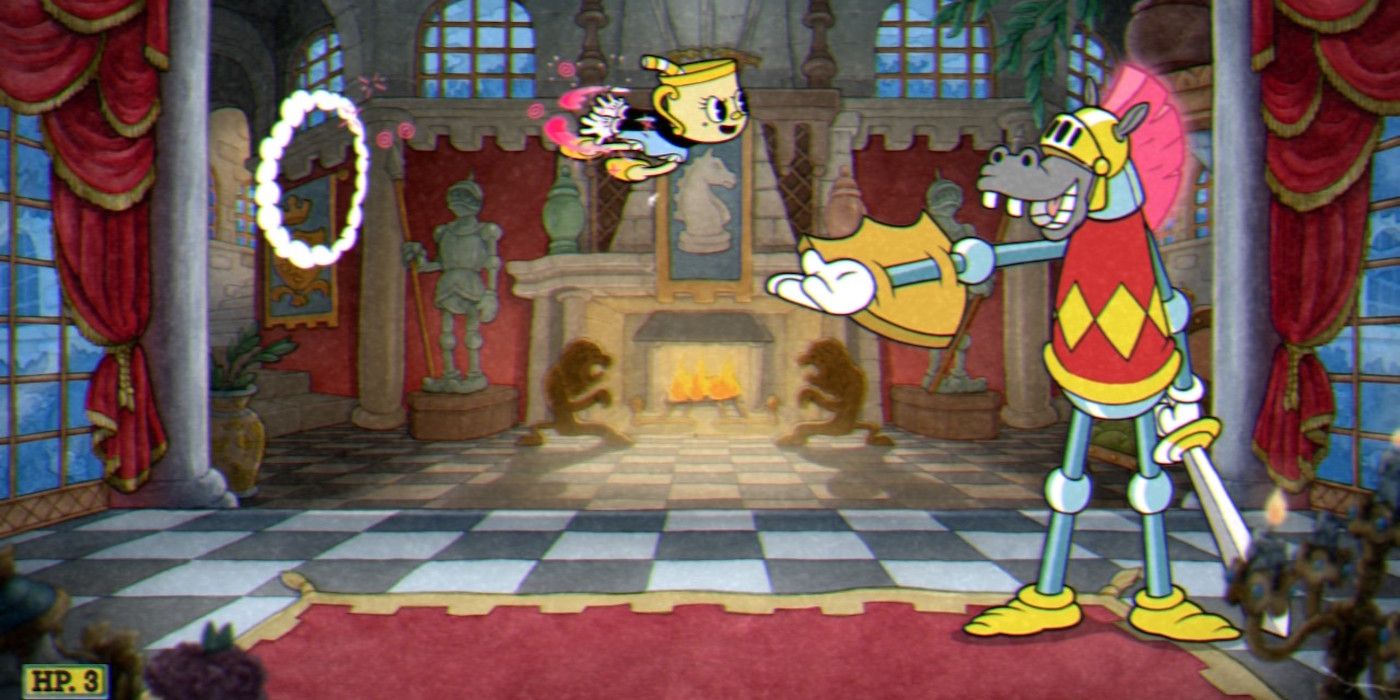 The Knight's weak spot is the mane on its helmet. The enemy itself is appropriately a horse, like its chess piece. The Knight has three separate moves with distinct tells:

Note that it only attacks when you are close to it. If you are too far away it will extend a hand to try and draw you closer. It has about 20 hit points. 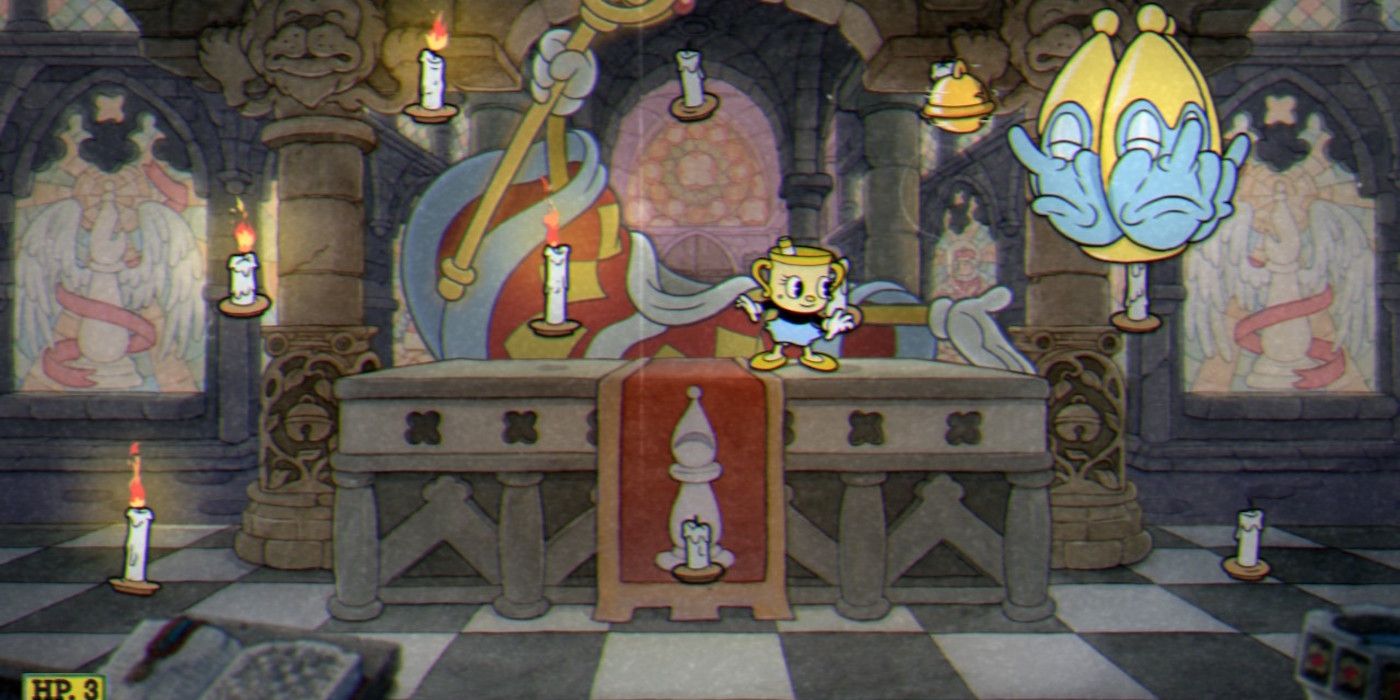 This enemy is a floating that occasionally fires projectiles in your direction.

It only starts glowing pink once you have extinguished all the lit candles. Its movement pattern changes with each hit, and it might take a few tries to recognize these.

The projectiles are more dangerous here, but double jumping and dashing is a valuable move for dodging them and quickly moving out of danger. 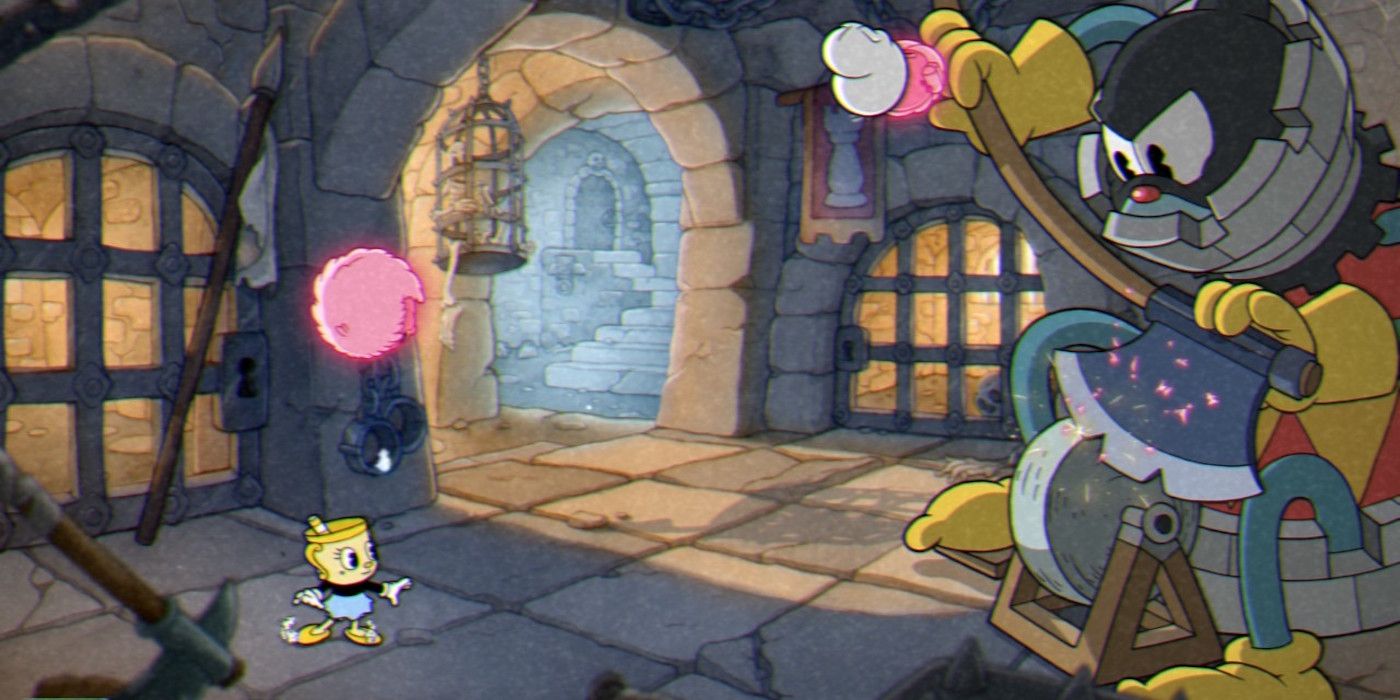 You don't directly parry the Rook. Instead, you parry the pink heads so they bounce back at the enemy and they hurt it.

We recommend standing at the other end of the screen to give you the most time to dodge the sparks that fly horizontally at the bottom of the screen. You might have to hit them twice so they reach the Rook.

The Rook will occasionally lob skulls at you that cannot be parried. Just be patient and don't take unnecessary risks. 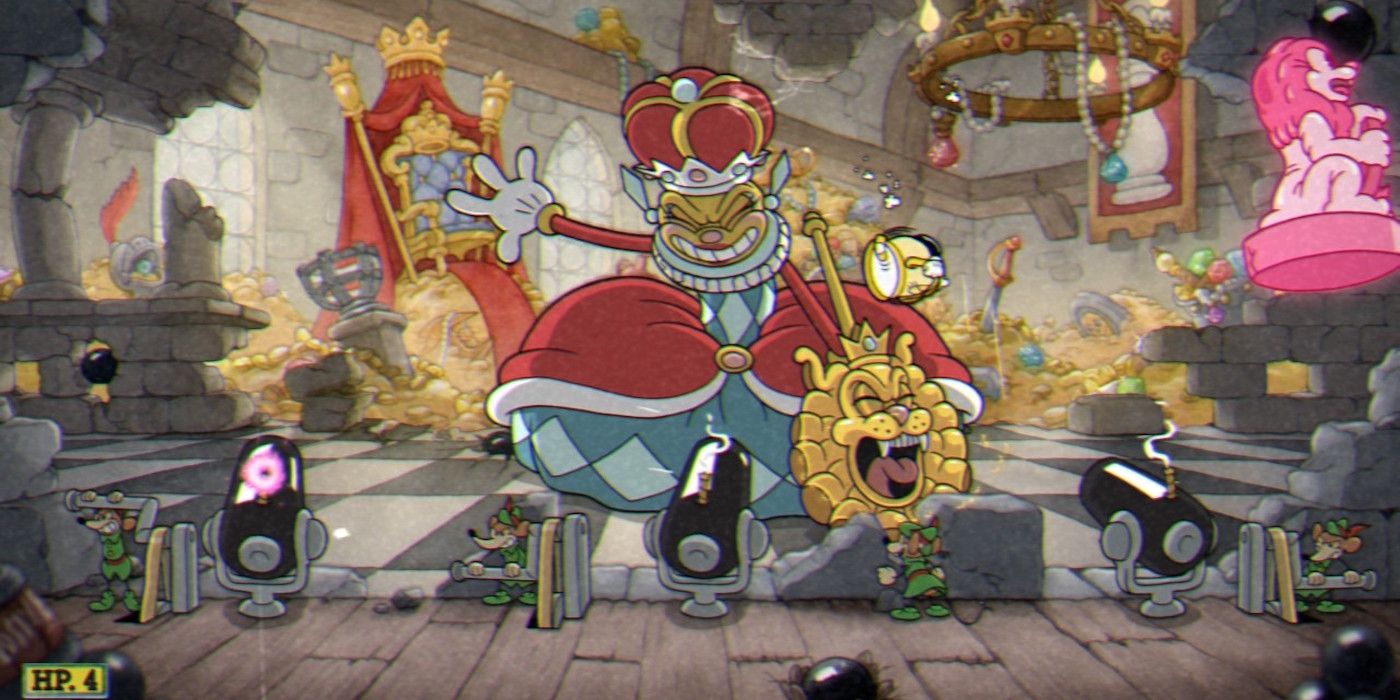 The final chess piece is none other than the Queen. She moves back and forth across the background and you can hurt her by parrying the canon fuses, making the cannons shoot her.

The cannons also sway back and forth so it can be difficult to time the shots at first, but a few practice tries should help you get used to the timing. When you hit her, she will drop a bunch of hazards across the screen from above. Additionally, Lions will swipe across the screen, but you can parry this. 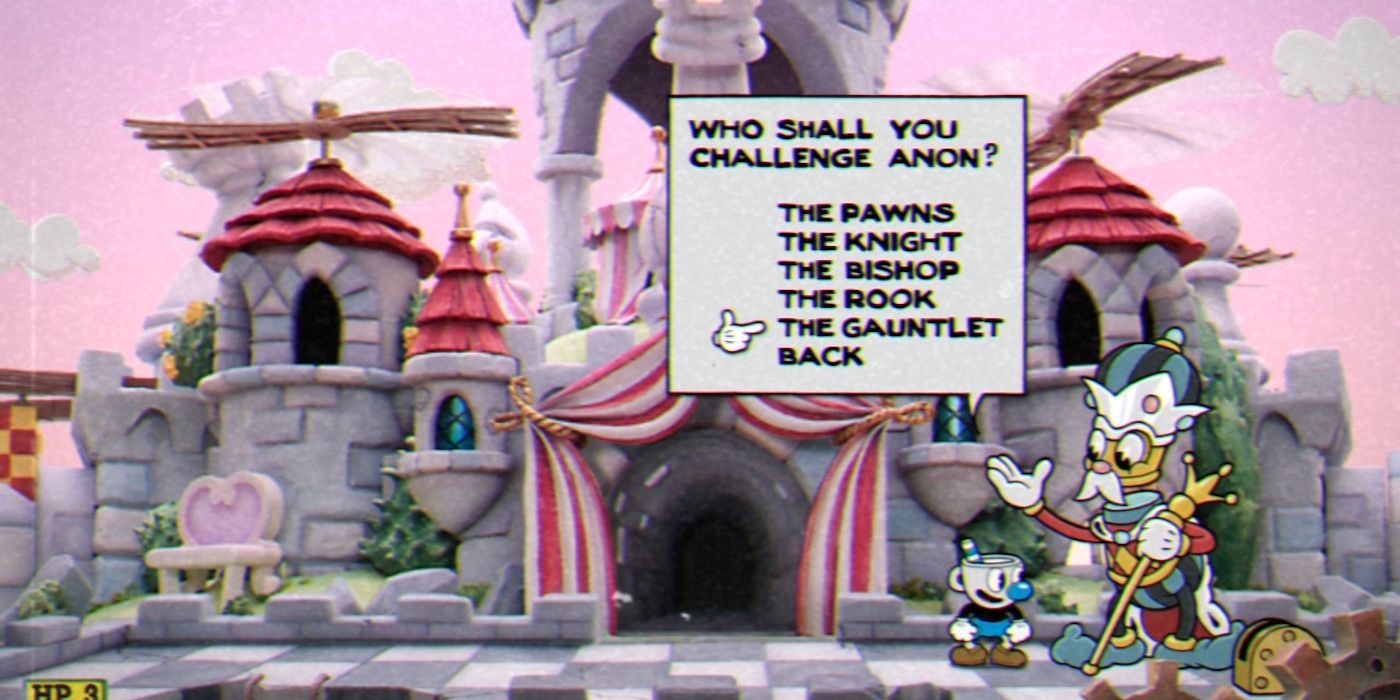 The final challenge of King's Leap is the Gauntlet. This simply tasks you with beating all of these enemies in a row without dying. Fortunately, your health is restored after each victory. All the same, it will take you a little while. Additionally, beating these once makes second and third tries significantly easier.

Don't get discouraged if you fail a lot. After a few tries, the Pawns and Knight should be a cakewalk you beat without even thinking. Don't be afraid to put on some music or a podcast while running through these to make it less frustrating, though take some time to appreciate the game's fantastic soundtrack too.