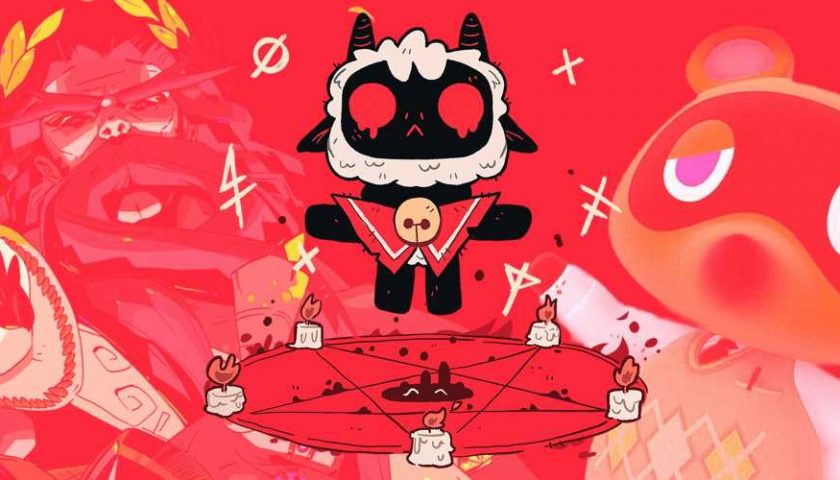 I was wary of Cult of the Lamb being sold to me as Animal Crossing meets Hades. The whole ‘this great thing’ plus ‘this great thing’ does not, despite mathematical logic, often add up to ‘one super great thing’. And yet as I played Cult of the Lamb, it turned out to be super great. It was part Animal Crossing, part Hades, and while that really shouldn’t work, it landed right in the sweet spot, borrowing the exact right elements from both games. The only issue is at a certain point it stops being Hades, and then it immediately stops being Animal Crossing.

I played through Cult of the Lamb at the weekend, beating it in around 16 hours. I loved it. But I think I’m done with it. For reference, I have 250 hours on ACNH, and 65 on Hades. You might argue those are pandemic aided, and I could yet go back to CotL, but that’s a considerable difference. I don’t buy the idea that a game’s value of quality should be marked against hours spent, but it’s another example of how ‘this thing’ plus ‘this thing’ always comes with downsides, even when it lives up to expectations.

Cult of the Lamb sees you raid four different dungeons four times each, before unlocking the final showdown. That’s the Hades part. When you’re not off fighting, you’re maintaining a village by constructing buildings, housing villagers, gathering crops, and upgrading everything in sight. That’s the Animal Crossing part. Once you win this final showdown, you can continue to play, heading back to the original dungeons with tougher enemies and higher rewards. But I can’t help wondering why I would ever bother. 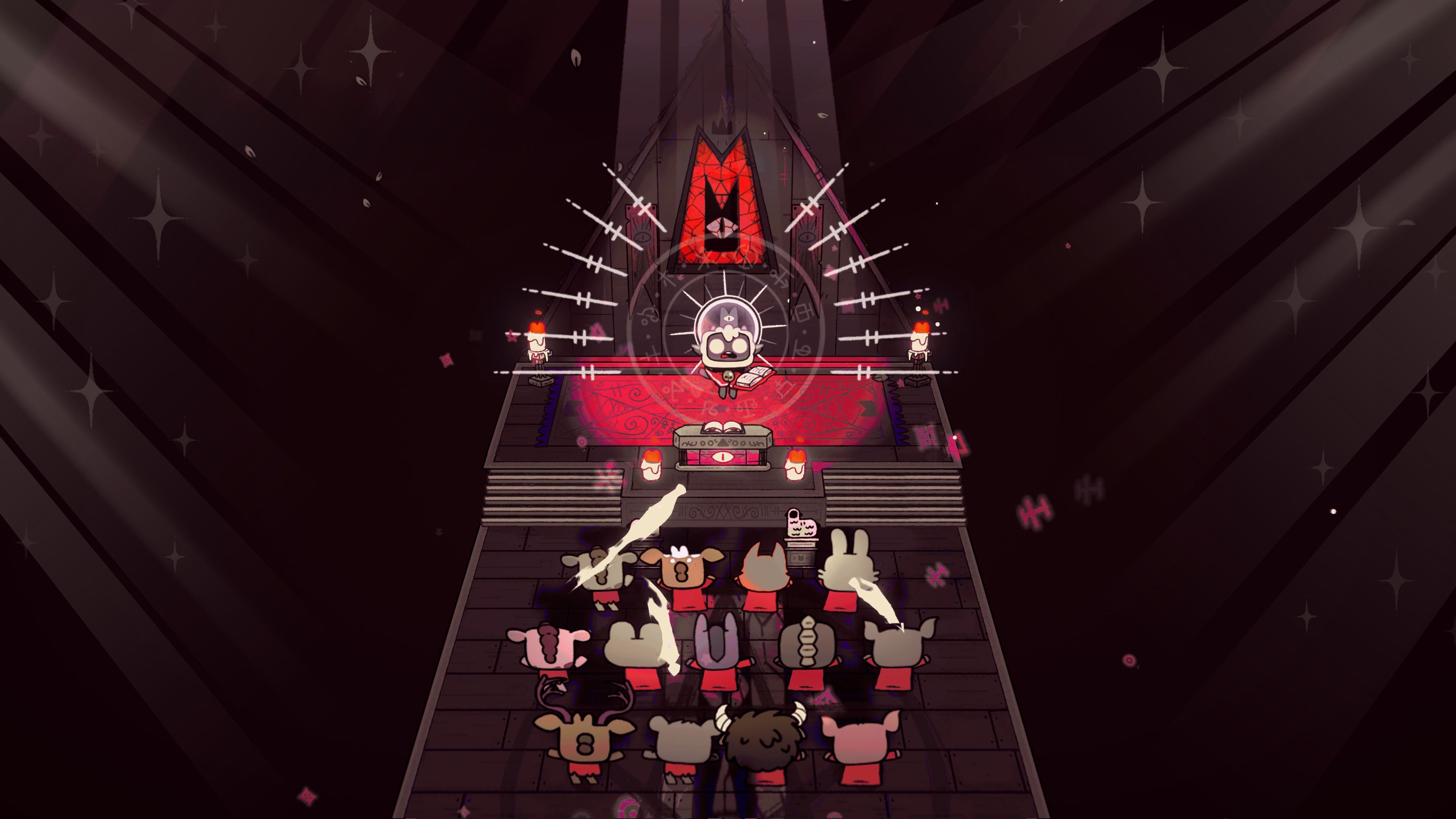 At the end of Cult of the Lamb (spoilers follow, though nothing you couldn’t predict), you fight the god you have worshipped and overthow them. You can then kill them or recruit them as a follower. I chose to recruit them, to which they agreed, but not without a bitter taunt. The former god sneered at me that everything I had done, everything I would do, could no longer be blamed on it. I would be wholly responsible for my actions. But my answer to that is ‘so what?’.

I know you can play the game as an evil leader, but my lamb had only goodness in its heart. I never sacrificed anyone. Every villager that died was buried respectfully, and given a funeral. I was monogamous. We ate hearty meals, had days of rest, several hospitals and just one prison, which was mainly used for one-off punishments for thieves. People only ate poop when the freaky little weirdos asked for it. We had respect for the elderly and for absolution, and ascended our old and weary up to Heaven. I was told throughout the game to kill, abuse, and manipulate for this god, and I refused. But now I don’t see why I would continue. 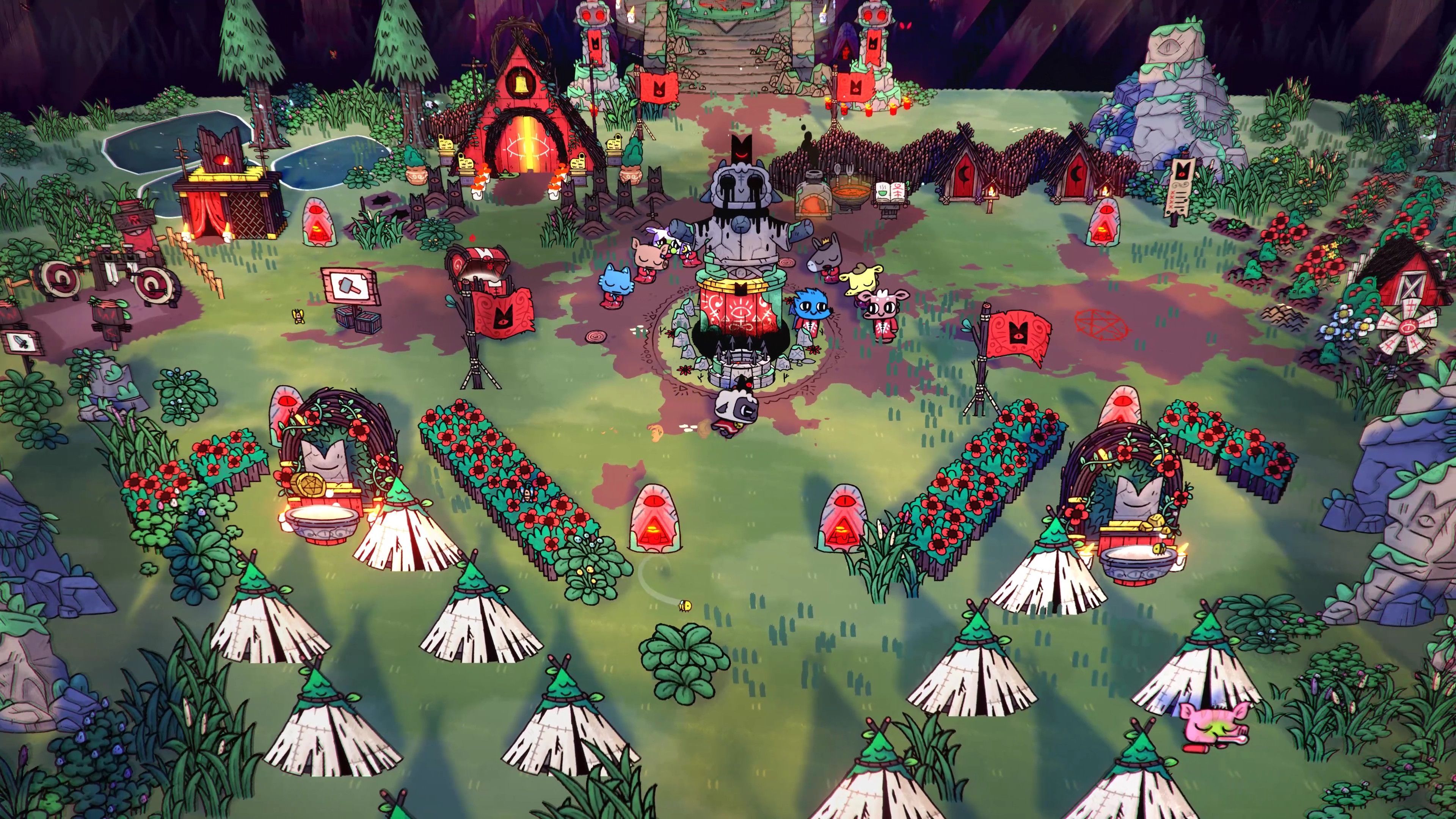 If I had run my cult as an evil, power-hungry leader killing my villagers for gain, perhaps I'd have been inclined to go back. Absolute power corrupts absolutely. But I maintained peace. My followers were rescued from dungeons and spiders. In a way they were a necessity for me to construct better buildings, open dungeon doors, and return to my cult with resources gathered for me, but they were never used. I saved them from death and gave them beds, food, and safety, and in return they chopped wood that used to build them better beds or planted seeds to make the food.

I have no interest in proving my strength by kicking the fallen gods when they’re down. Maybe if I play for long enough there’s a payoff, but I already feel like by being good when I could have been evil, the game doesn’t think I’m playing ‘properly’, which in turn makes it feel like no payoff will ever land. It’s no longer Hades. 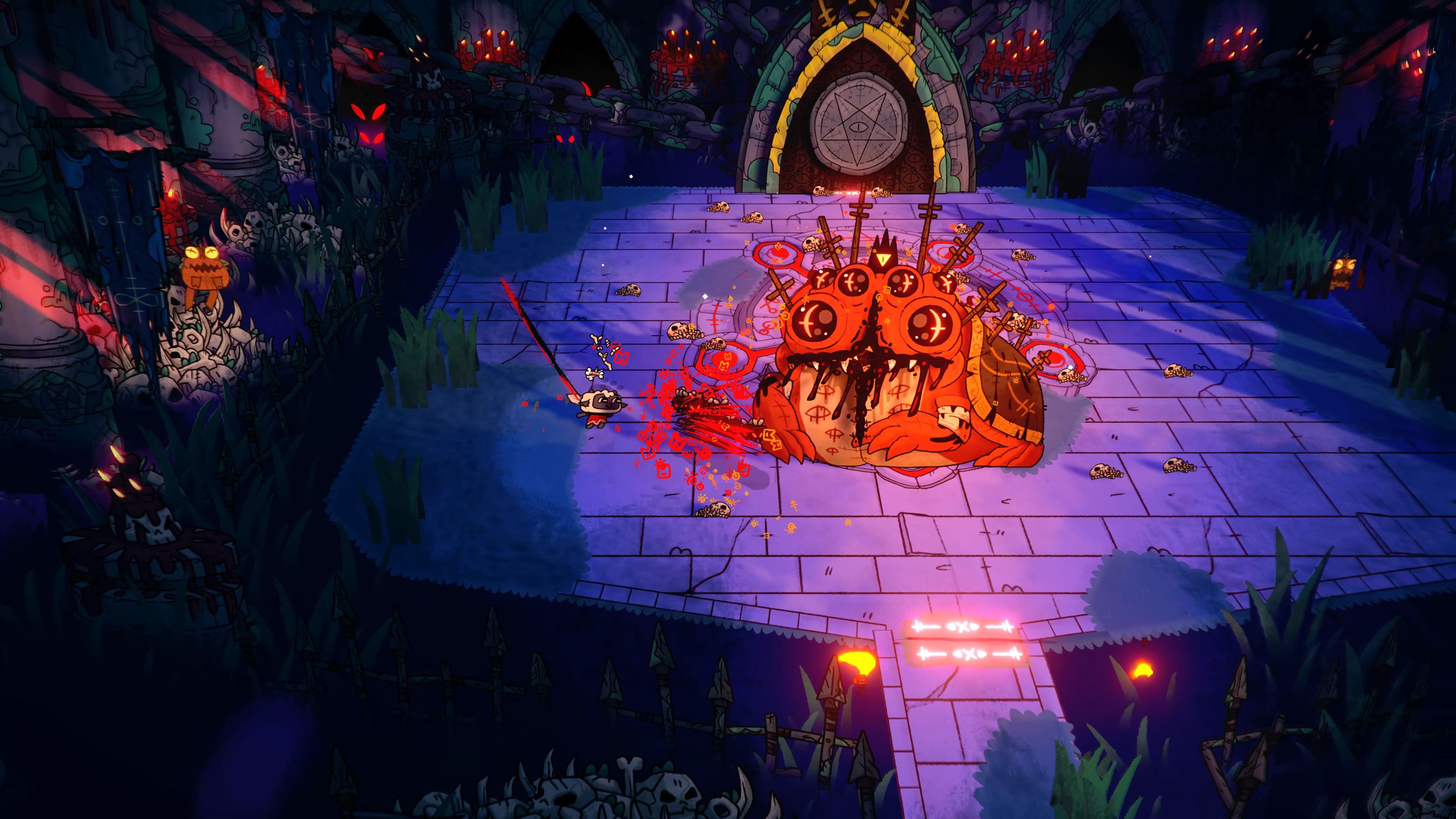 Back in the village, I see no reason to continue either. In my own little way, I saw the villagers as a means to an end. I never mistreated them, but the whole purpose of my cult was to defeat the gods who wronged me. Then, partly because of its evil ways and partly because it threatened my life, I slayed the god who saved me too. I have nothing I care to build and no reason to have followers. It’s no longer Animal Crossing either.