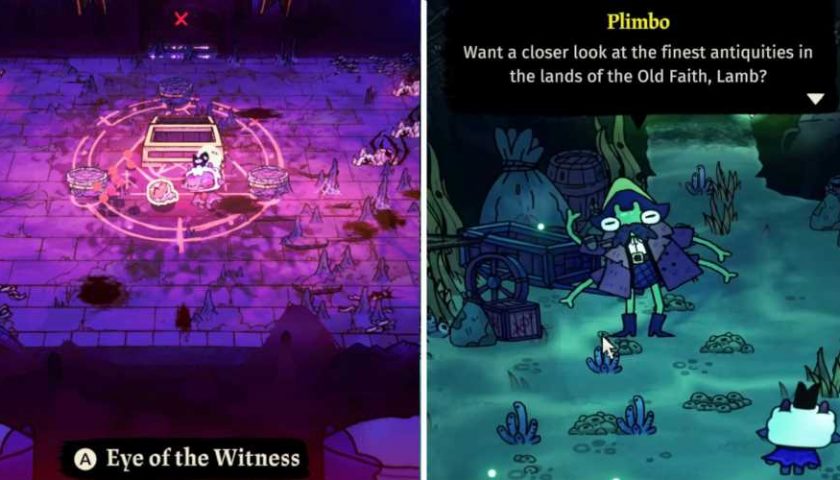 Extracting eyeballs from enemies seems like a pretty normal activity in a game like Cult Of The Lamb considering some of the other horrific things you do throughout your cult-building crusade. What's more surprising is that your titular cult-leading lamb doesn't find themselves with pockets full of eyeballs by the end of their adventure. The only eyes you do acquire are particularly rare items called Eyes Of The Witnesses.

So why are you blinding these witnesses and yanking out their eyeballs? This guide will answer that question and show you why you may want to get a hold of these nasty things.

How To Find Eyes Of The Witnesses 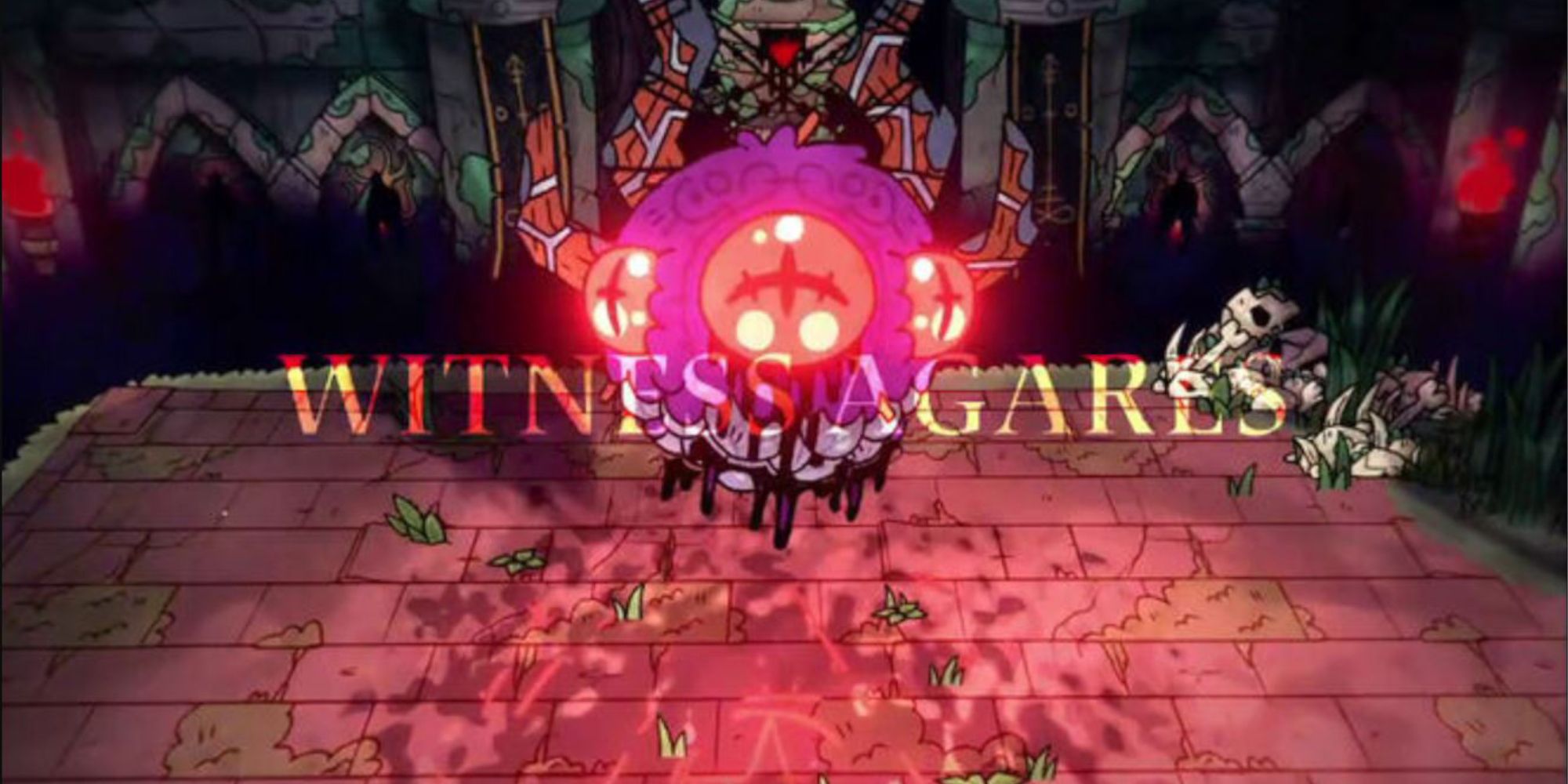 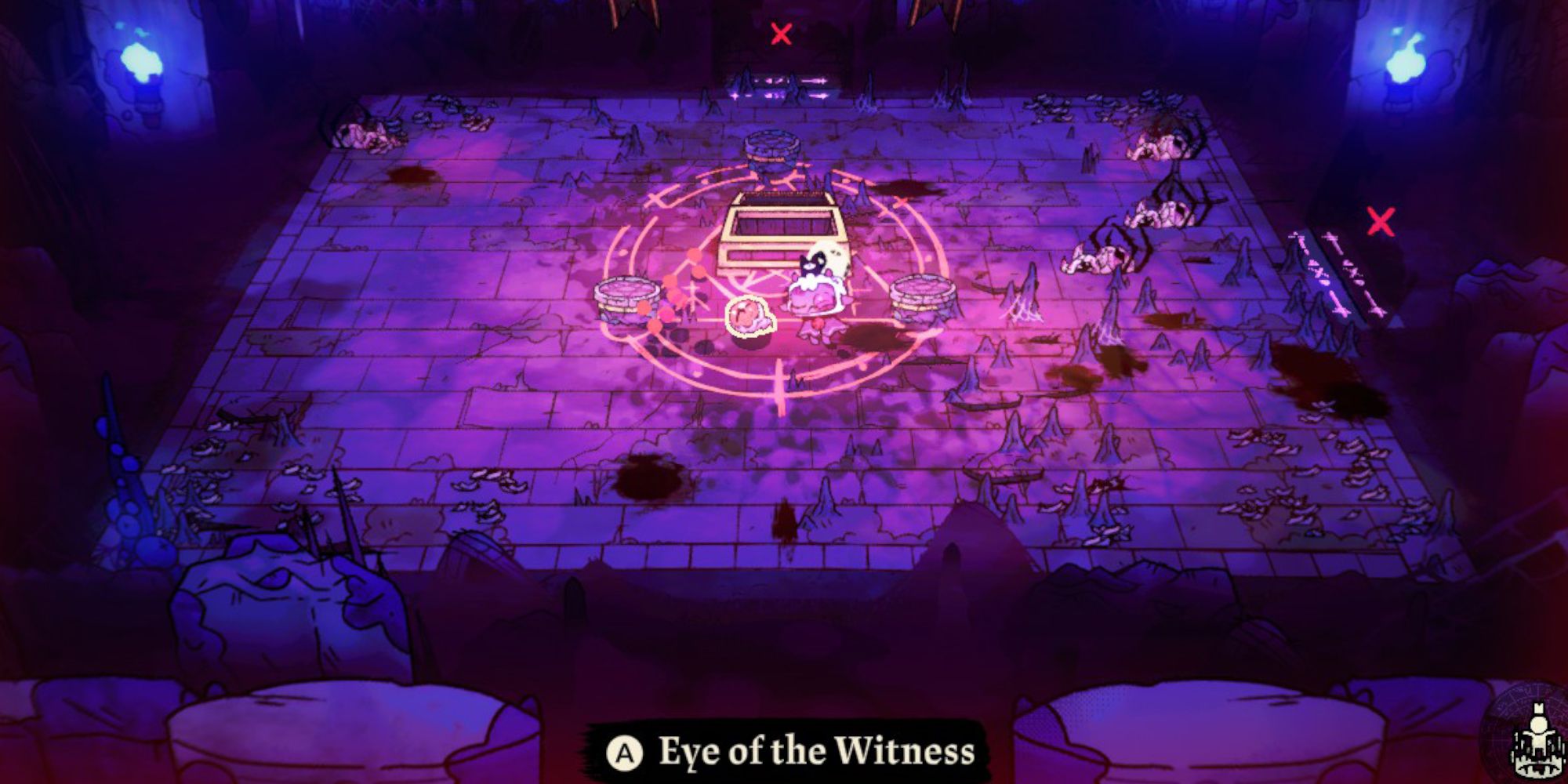 To get an Eye Of The Witness, you first need to find a Witness (makes sense, right?) Witnesses are special mini-boss enemies that appear in the dungeons after you've defeated the Bishop of that area during one of your crusades. Once you've beaten Leshy in Darkwood, Heket in Anura, Kallamar in Anchordeep, and Shamura in Silk Cradle, you'll need to re-enter these zones and begin another crusade.

Fight your way back through these dungeons and in place of the Bishop will be a Witness boss for you to slaughter at the end. Witnesses can be tough fights, so don't expect it to be easy to get a hold of these eyes. After you beat this boss, an Eye Of The Witness will be your reward in the post-battle chest. You'll also be able to recruit the non-monster form of the Witness to be a new member of your cult.

Great, you now have some eyes in your possession. But what do you do with them?

What To Do With Eyes Of The Witnesses 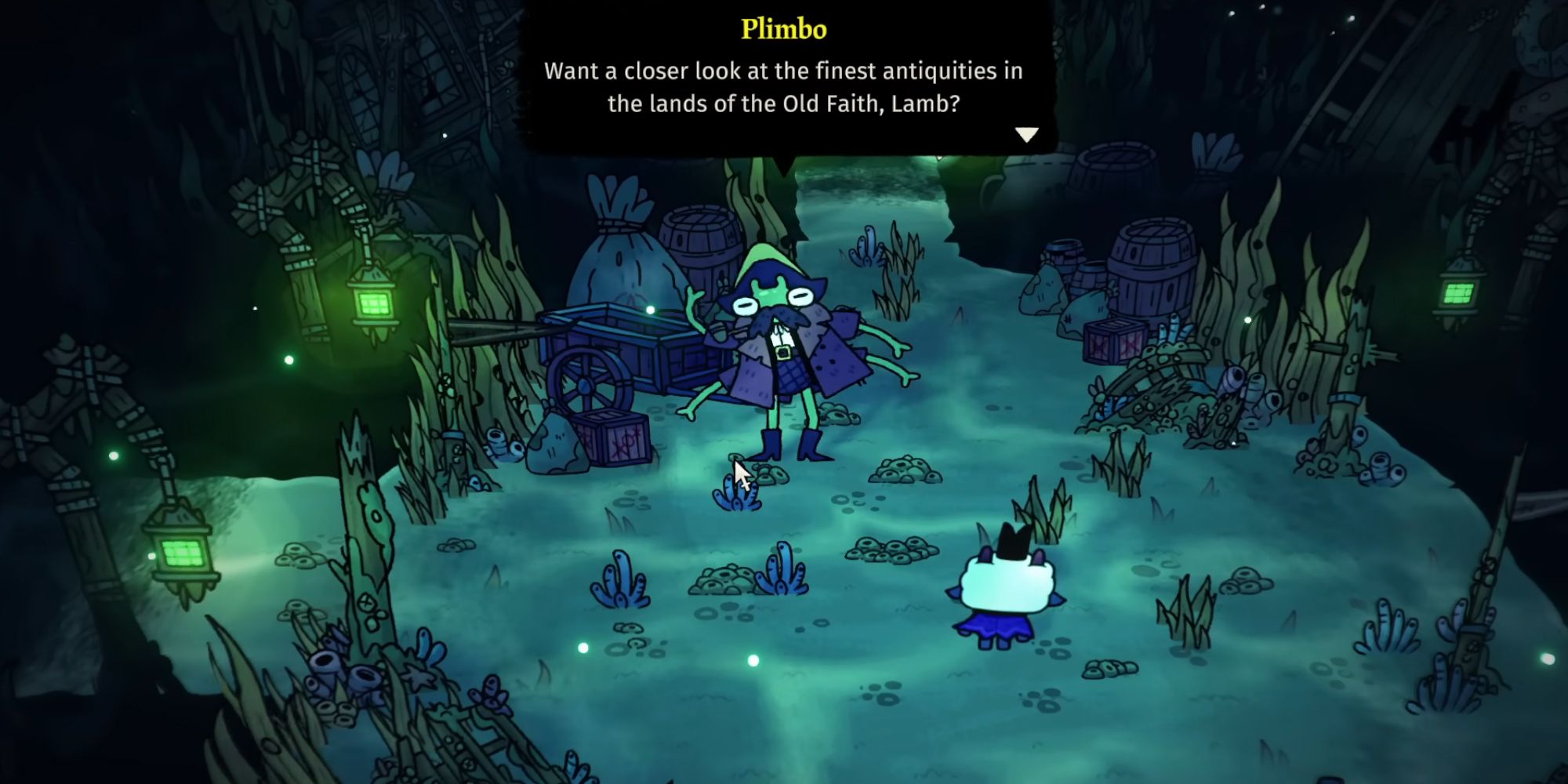 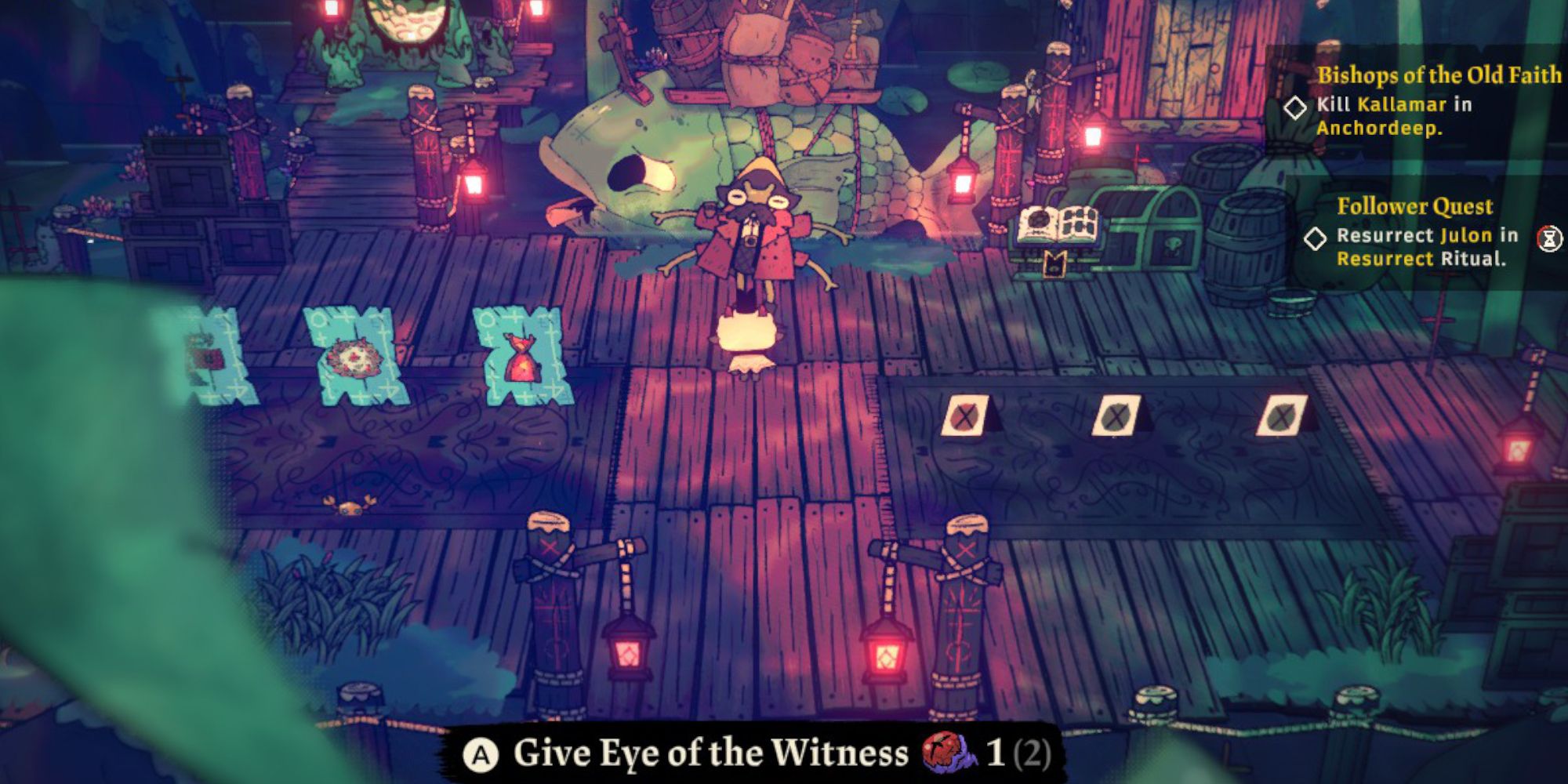 To get any use out of the Eyes Of The Witnesses, you need to find an NPC by the name of Plimbo. You'll randomly stumble across him by crusading through Anchordeep. Once you've spoken to Plimbo, he'll tell you to come meet him at his hideout. This will unlock the Smuggler's Sanctuary location on your map that you can fast travel to via the portal at your cult.

When you next return to your cult, warp to Smuggler's Sanctuary and speak with Plimbo. He'll tell you that he's looking for the Eyes Of The Witnesses and will offer you a reward for finding them. So now all that's left to do is to go back through each of the four dungeon areas, defeat the Witnesses, harvest their eyes, and turn them in to Plimbo.

Each time you hand Plimbo a Witness' eyeball, you'll be given a piece of a Holy Talisman. Give him four eyeballs from each Witness in each of the four areas, and you'll have a full Holy Talisman. After you've gathered all of the Eyes Of The Witnesses, Plimbo will generate some extra devotion that you can gather when you return to Smuggler's Sanctuary. You'll also be able to buy some blueprints, tarot cards, and follower forms at this spot.

Now return to your cult's church, stand behind the lectern, choose the Crown sub-menu, and you'll be able to use that Talisman to unlock a special fleece that will grant you bonuses while you're out on a crusade. Which is great since you'll want to replace your current fleece since it'll likely be covered in eyeball juice.