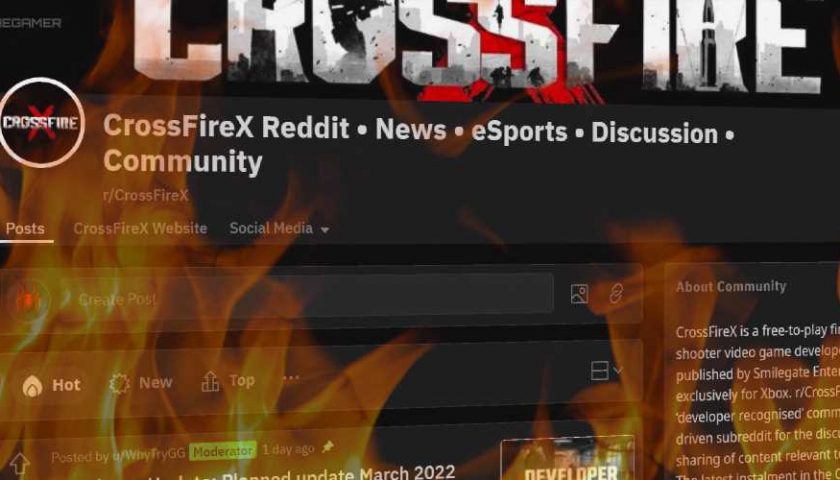 The CrossfireX subreddit has been "absolutely slammed" with negative comments and feedback just one day after the game's launch.

CrossfireX is the latest instalment in the Crossfire series, with a campaign that was developed by Remedy, the creators of Alan Wake and Control. The multiplayer section of the game is free-to-play and developed by Smilegate Entertainment. You might wonder why I'm introducing a story like a Wikipedia entry, but I thought it was necessary considering the total lack of marketing CrossfireX has received over the past couple of months.

There might have been a good reason for that. Early feedback from the game's community on the Crossfire subreddit has been overwhelmingly negative, so much so that moderators have had to make a statement regarding the situation and request that the community keeps trolling and negativity to a minimum.

The statement reads, "As you’ve no doubt seen, the subreddit is being absolutely slammed with negative posts left, right and centre. This is fine so keep doing what you’re doing as I’m not here to censor or deny anyone their opinion and freedom of speech. Feedback is valuable however with that said, if you could please refrain from hostile comments and unnecessary aggression towards one another that would be very much appreciated."

Why is the community so riled up? Well, get comfortable, as there are a lot of things currently wrong with CrossfireX. For starters, one of the most common complaints so far is the lack of content in the game, with players reporting that it feels completely "unfinished" and features one map per mode. Another big issue is how glitchy the experience is, with players experiencing crashes both in and out of matches.

Some other issues include a lack of achievements for the campaign, the monetisation and in-game shop, the servers being inconsistent, and the lack of content considering the two-year delay. One Redditor sums it up by saying that CrossfireX is, "an unfinished, unpolished, content lacking garbage heap cash grab". Strong words.