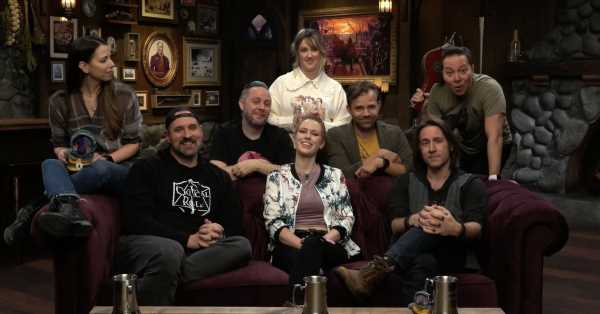 In honor of Critical Role’s seventh anniversary, the popular web show announces two new original series. Exandria Unlimited: Kymal is a two-part spinoff of the Exandria Unlimited series, and 4-Sided Dive is a monthly talk show centered around discussing the campaign and characters — with the added zest of questions being pulled from a Jenga tower.

In a new State of the Role video, Travis Willingham, Marisha Ray, and Matt Mercer announced these projects in further detail. Exandria Unlimited: Kymal will premiere on March 31 at 7 p.m. PDT and continue on April 1 at the same time. The VOD will be available on April 4 and 5 respectively, with the podcast of each part available a week later.

Meanwhile, 4-Sided Dive will kick off on April 5 at 7 p.m. PDT and continue to air on the first Tuesday of every month. VOD will be available the following day, with a podcast version a week later. Users can submit questions online.