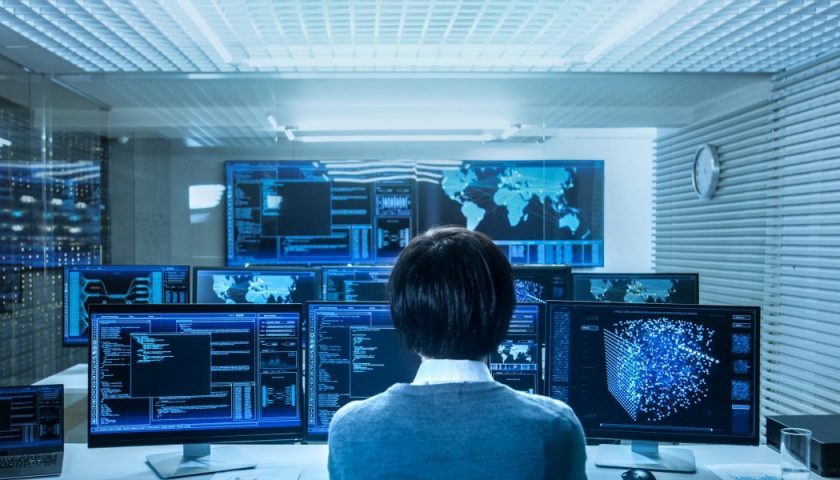 Crate.io, a startup developing a database platform called CrateDB, today announced that it raised $10 million in additional funding (including $2 million in debt) from Draper Esprit, Vito Ventures, and individual investors. CEO Eva Schönleitner says that the proceeds, which bring the company’s total raised to $31 million, will be put toward expanding Crate.io’s sales teams, the CrateDB ecosystem’s functionality and partner integrations, and the open source developer community around CrateDB.

Enterprises, particularly in segments like consumer packaged goods (CPG), can produce hundreds to billions of products annually. Each product, as well as the sensors in factory production lines that assemble them, for example, might have many individual data points that need to be monitored constantly. Database technologies like CrateDB can be used by these companies for real-time analytics and immediate alerts, in addition to dashboarding and training AI and machine learning models. In 2018, IDC predicted that the big data and business analytics market, which includes database technologies, would increase to more than $203 billion in 2020.

Founded in 2013 by Bernd Dorn, Christian Lutz, and Jodok Batlogg and headquartered in San Francisco, California, Crate.io is developing a database platform that can handle structured and unstructured data regardless of shape. CrateDB runs ad hoc queries in real time on-premises, at the edge, or in the cloud, indexing information including internet of things, time series, geospatial tracking, and software log data.

“Crate.io emerged from our collective frustrations trying to massively scale data applications. We had been building data-intensive social network startups with 20 million users using open source technologies. So, millions of users logged in, millions of daily uploads, and a heavy technology demand stemming from ad-hoc queries on databases 24/7,” Lutz told VentureBeat via email. “It was a huge pain. While we all loved sequel query language (SQL), there was no way to scale SQL to the levels we’d need … Realizing the explosion of data volumes and analytics requirements for digitalization when all things get connected, the founding team decided to build Crate’s unique database for the huge wave of machine data that was coming.”

CrateDB is SQL technology built on top of a NoSQL foundation, meaning that it stores and retrieves data without needing to define its structure first — an alternative to relational databases. The platform’s automatic rebalancing enables developers to grow clusters (collections of machines) simply by adding new machines, while its data replication and rolling software update capabilities aim to mitigate the effects of hardware failures and scheduled maintenance. In CrateDB, clusters are self-healing, so when machines are added to a cluster, CrateDB automatically loads them with data. And CrateDB can save incremental snapshots of databases to storage that contain the state of the tables in a cluster at the time the snapshot was created.

Crate.io also offers a fully managed service in CrateDB Cloud, which supports Microsoft Azure and Amazon Web Services as well as certain on-premises configurations. According to Lutz, some CrateDB Cloud customers are using the platform to stream upwards of millions of network and IT events and run analytics on them.

“We have a customer who continually welds two metal pieces together as part of a high-speed, mass production process at its factories. Every 500 milliseconds, a machine learning algorithm in every machine involved has to decide whether a certain welding process was good or bad,” Lutz explained. “To do that, CrateDB captures 30,000 data points on the edge from each welding event — specifically, electrical measurements like power and electrical current. This data gets stored in CrateDB Cloud, where machine learning models get trained on massive and and in-depth raw data sets. The machine learning is optimized constantly in the cloud and then deployed back to the edge, where it helps the customer reduce cost-of-poor-quality.” 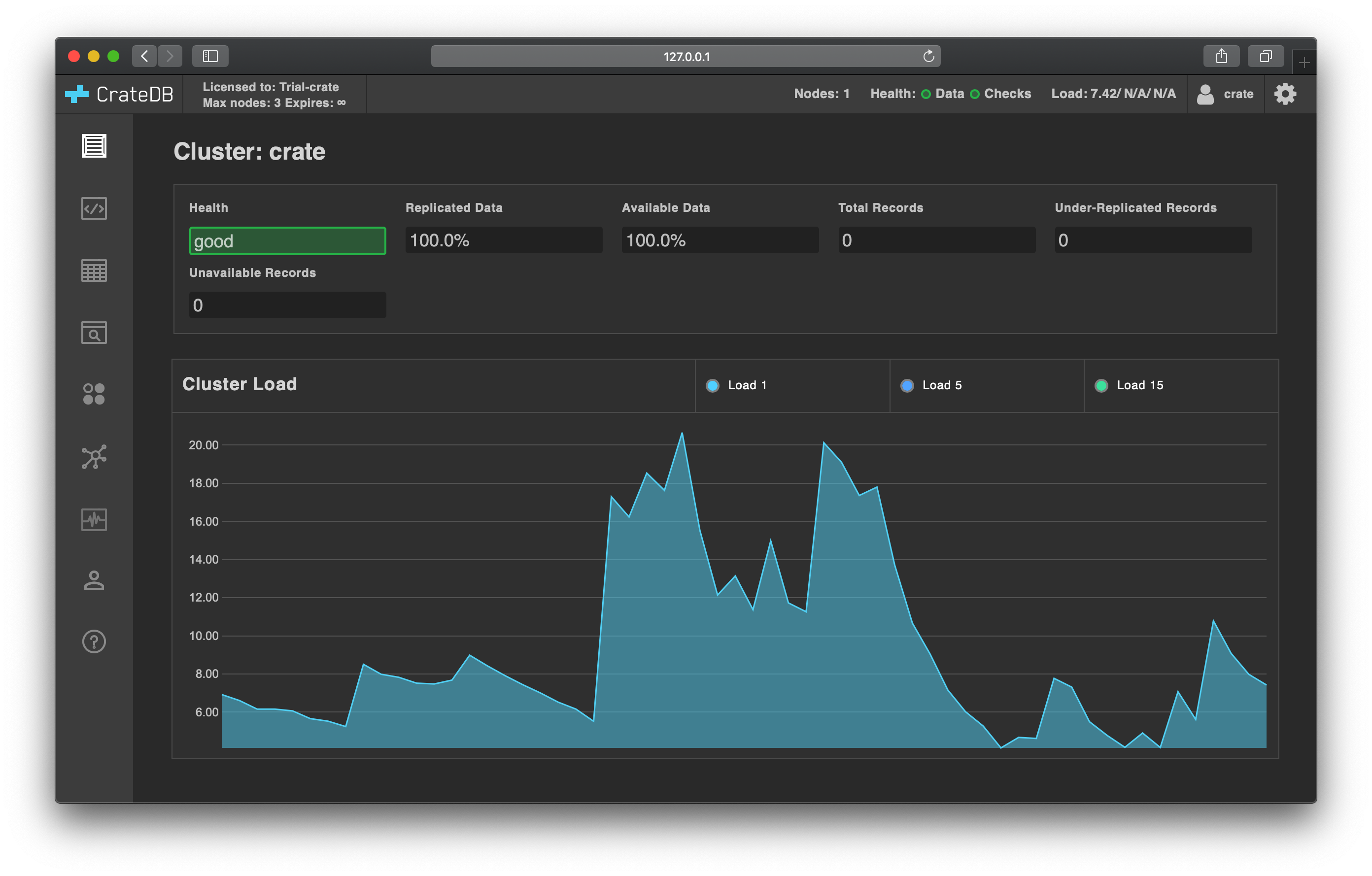 Above: Managing a CrateDB cluster from the admin dashboard.

Market Research Future predicts that global data analytics — the science of analyzing raw data to extract meaningful insights — will be valued at over $132 billion by 2026. A range of organizations can use data to boost their marketing strategies, increase their bottom line, personalize their content, and better understand their customers. Businesses that use big data increase their profits by an average of 8%, according to a survey conducted by research firm BARC.

Reflecting the growing interest in database-powered big data analytics solutions, CrateDB is growing at 100% annual recurring revenue this year and expects to continue that in 2021, according to Lutz. Despite competition from Redis Labs, ArangoDB, Couchbase, and other NoSQL startups, 60-employee CrateDB claims to have more than 1,600 users worldwide storing multiple terabytes of data.