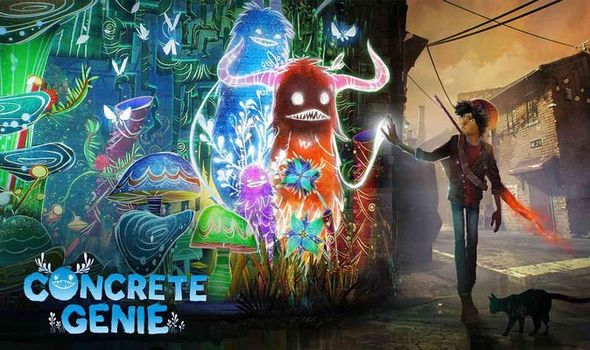 Concrete Genie is like nothing players have ever seen before. Painted with a Disney Pixar-like sheen, the game follows Ash, a young boy from the fictional town of Denska, who finds a magical paintbrush which allows him to bring his paintings to life.

In simple terms, this an adventure about a boy who embarks on a quest to remove a mysterious black ooze which is plaguing his hometown. At its heart, however, Concrete Genie is so much more than this.

After discovering said paintbrush, players control Ash as he journeys through the different sections of his hometown using the DualShock 4’s motion controls to paint over the malevolent force which is destroying it.

These paintings are all free-hand, and are 100% crafted by the player.

In a gorgeous neon-lit style, players can choose from dozens of designs ranging from wildlife and plant life, to astrology and the solar system – all of which instantly animate once they have taken their place on the walls and buildings throughout Denska.

As each design is instantly so beautiful and dynamic, it is almost impossible to create a bad-looking painting on each surface; conversely: it quickly becomes incredibly easy to get wrapped up in working on your design meticulously to make it the best it can be. On numerous occasions I found myself going back to retrace my street art to make it even better.

But the real meat of game lies in creating various concrete genies to assist Ash in overcoming obstacles that stand in his way.

While the player’s main task is to use their art to reignite the strings of lights dotted around Denska, many paths are blocked by fuseboxes, large crates, and other forms of video game-like hurdles.

These are then overcome by drawing concrete genies when prompted. With the help of Ash’s brush, these creations are instantly brought to life and are pertinent to overcoming these issues.

As new types of genies are unlocked throughout the story, players will gain access to red genies, who generate fire; electricity-spouting yellow genies; and blue genies, who produce gusts of wind.

Alone, each of the Pokémon-esque types can overcome problems suited to their powers – but later in the game players will be tasked with using this trifecta of abilities to dive into the toughest of puzzles by utilising all three at once.

Concrete Genie’s puzzles and challenges are enjoyable, and are extremely satisfying once they have finally been bested – however as there is a correct answer to each obstacle, the fun may not hold up in recurring playthroughs.

Despite the game boasting a heartwarming, creative mechanic for the majority of the narrative, it surprisingly opens up into different genres of play towards the final portion of the game.

These play styles include elements of action RPGs, and boss battles – which is a little daunting after spending the first five hours merrily painting on the walls.

Unfortunately, these ambitious portions of the endgame are where Concrete Genie falters a little. 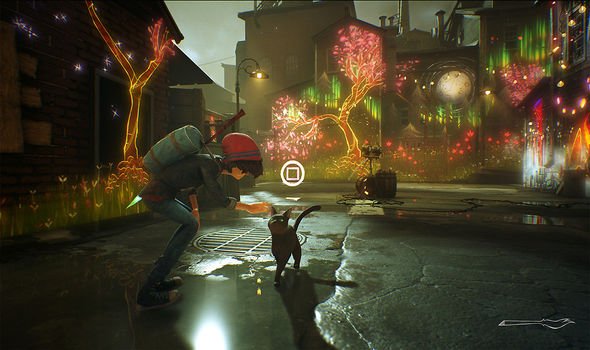 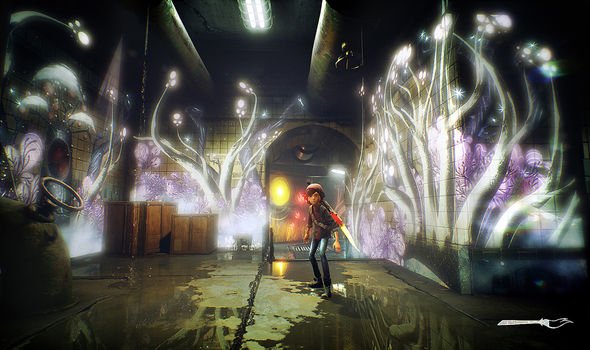 It is no secret the game was not created with quick battles in mind, and it certainly shows in the last few missions in the game; however it is important to note that these battle mechanics are by no means bad – just simply not as polished as the rest of the game.

One mechanic which really took me by surprise was a beautifully animated travel ability – which is unbelievably reminiscent of Infamous: Second Son’s neon powers. It is truly one of the biggest highlights in the game.

Game mechanics aside, Concrete Genie sends players on a heartfelt journey which sees Ash learning about, and dealing with, abuse and trauma in the lives of his bullies.

The group of bullies act as the main antagonists to the player throughout the game, and are constantly chasing Ash through derelict Denska, eagerly trying to destroy his notebook – which contains all of his designs – and his magic brush.

As the story opens up it quickly becomes apparent that these antagonists have been meticulously designed and thought about. Their well-written backstories actually improve their villainy throughout the narrative – and their Disney-like redemption in the final act is sweet, endearing, and wonderful to see.

The only downside to the villains in Concrete Genie is the game’s forced stealth sections. While stealth sections are renowned for plaguing games, those present here aren’t abhorrent, but are sorely included.

On Ash’s quest he needs to avoid the bullies, therefore incorporating a distraction mechanic, which, inevitably, pulls the foe’s attention elsewhere before moving on. Again, it isn’t the worst instance of stealth in a game ever made, but it is certainly not the greatest addition to the otherwise crisp gameplay. 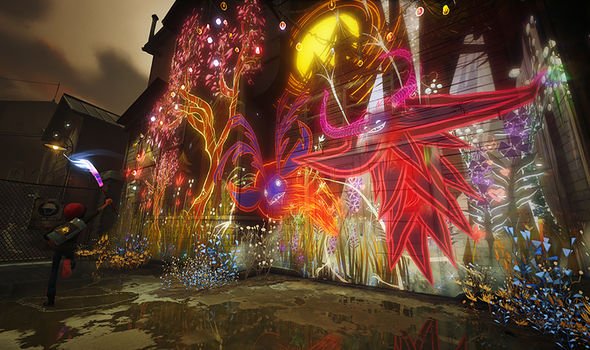 Following the game’s ending – the campaign lasts for about 8-10 hours – players can return to Denska to find a number of collectibles, and secret painting spots – however not much incentive is given to venture out for these hidden bonuses, other than more painting.

And if players want more painting, a “Free Paint” mode is unlocked early on in the game’s story. This gives you the opportunity to be as creative as you want without any consequences.

Concrete Genie is a beautifully designed game, with flawless technique, and an unexpectedly fun and unique painting mechanic.

While the hook of the game is being able to drench the town of Denska in your own creations, the true joy of the experience lies within the story.

Blessed with a deftly crafted Pixar vibe, Concrete Genie plays out like an emotional kids movie, with wonderful animations and heart behind each scene.

Simply put, this is truly a unique game, which both art and movie lovers will absolutely adore.