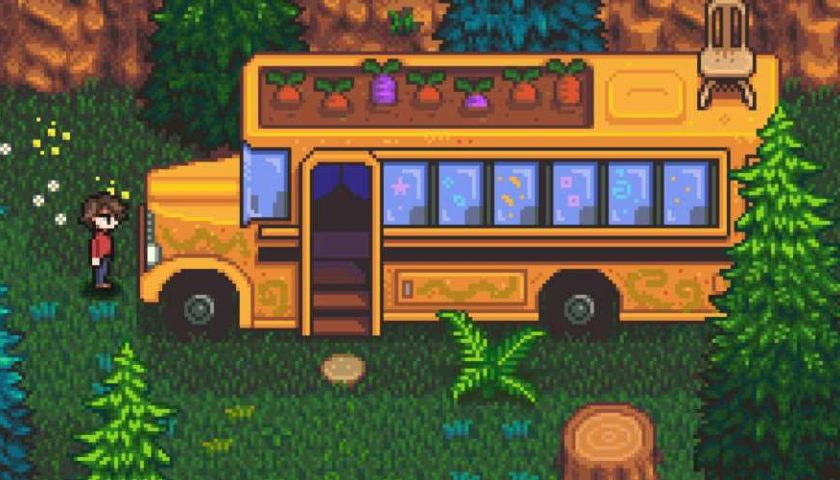 Eric "ConcernedApe" Barone rang in the new year in the best possible way: with new screenshots of the upcoming Stardew Valley follow-up, Haunted Chocolatier. Set in the same universe as Stardew, Haunted Chocolatier will have players take on the role of an apprentice working at a mysterious chocolate factory that's staffed by ghosts.

The game was first announced back in October with a surprise two-minute gameplay trailer that showcased a somewhat more fantastical game than Stardew Valley. Haunted Chocolatier will also feature more in-depth combat than Stardew with off-hand items such as shields or a bow and arrow.

Unfortunately, it'll be some time before Haunted Chocolatier releases, but ConcernedApe is keeping us updated with a few screenshots to celebrate the coming of 2022. The first is a frozen manor on the backdrop or a cold winter night. A gargoyle looms over the main entrance and fancy widows dot the wall. Could this be your home away from the chocolate factory, or the abode of some unknown NPC?

The second screenshot looks like it could be taken straight out of Stardew Valley. A school bus rooftop has been converted into a small farm growing carrots and radishes. A small slime hops around beneath the bus while an empty chair perhaps portends to an NPC that hasn't been added to the game yet.

A week earlier, ConcernedApe celebrated Christmas with an update on the Haunted Chocolatier blog. He apologized for not updating us much, explaining he'd "rather let the game be a surprise than reveal everything." He's making good progress on Haunted Chocolatier's core elements, however, and shared several screenshots to prove it. 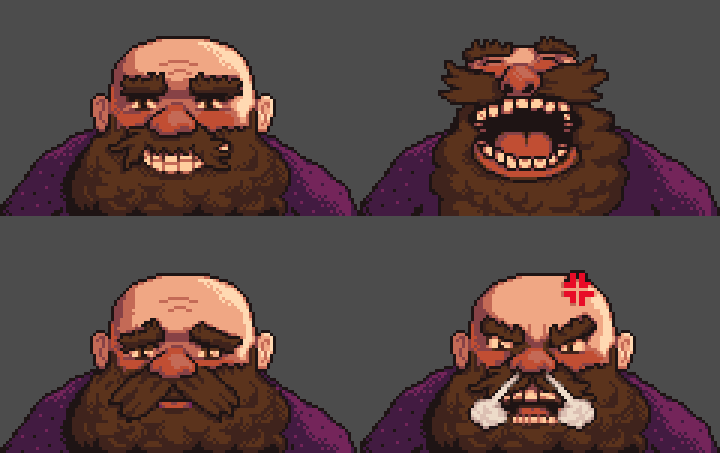 Burk the blacksmith was revealed in the first trailer, but now we get to see several expressions. Below Burk is a mad scientist lab that's staffed by ghosts wearing safety goggles.

All of this is good news. The only bad news is that we'll likely have to go a few months before ConcernedApe gives us another update.