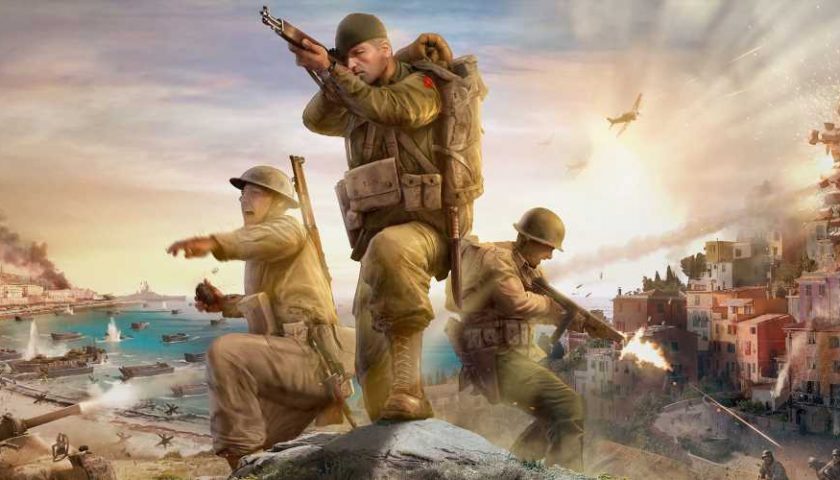 I'm playing an early build of Company of Heroes 3 and I've been ordered to take a captured airfield back from the Nazis. As I throw tanks and infantry at the enemy and pummel their territory with mortar strikes, the environment gets torn to shreds. WW2 RTS series Company of Heroes has always had genre-best destruction, but the third game takes this system to a whole other level. When the mission is over and the airfield is back in allied hands, I pan the camera across the battlefield and marvel at what an incredible mess I've managed to make.

"Environmental dynamics are a pillar of the Company of Heroes series," says Sachin Ryan, lead single-player designer. "Destructible environments in the game include buildings you can garrison, which take damage over time and crumble and collapse. If this happens the soldiers inside will die. This time we have two types of building: ones that will collapse and become impassable, and others whose ruins will create permanent, indestructible cover you can use."

"Pretty much everything in the world is destructible. Trees, stone walls, fences, bridges, cars—you can blow everything up. But it's not just for show: it feeds into the gameplay too. If you destroy a tank, you can use it as cover. Artillery shells can hit the ground and create a crater, which also generates cover. We've had these dynamic elements before, but now everything is higher fidelity." Company of Heroes 3 has implemented a new physically based rendering system that brings an impressively fine level of detail to the destruction. "It vastly improves how the damage looks, like plaster breaking off first and revealing bricks underneath," says Ryan. "Then the bricks will break away and you'll see the wooden frame of the structure. Everything has just been massively amped up."

But there's more to Company of Heroes 3 than just making a mess with high-powered weaponry: there's an intriguing new campaign map too. "Creating connections between the dynamic campaign map and the missions has been one of our most complex challenges," says Ryan. "We didn't want it to just feel like a mission picker. You control companies, and they can gain skill points, experience, and veterancy. So as you play through the campaign you're unlocking different abilities, unit types, and producing different companies."

"Say you're attacking an airfield," he explains when I ask for an example of how the campaign map can impact a mission. "I decide to do that with an armoured company that's gained skill points and unlocked certain units. When I go into the mission, my starting units and what I can unlock are defined by my company. If I have a spec ops company nearby on the campaign map, and they're close enough, I can call them in to support me too. If I have a partisan company in the same area, I can order them to loot resources or sabotage enemy vehicles." 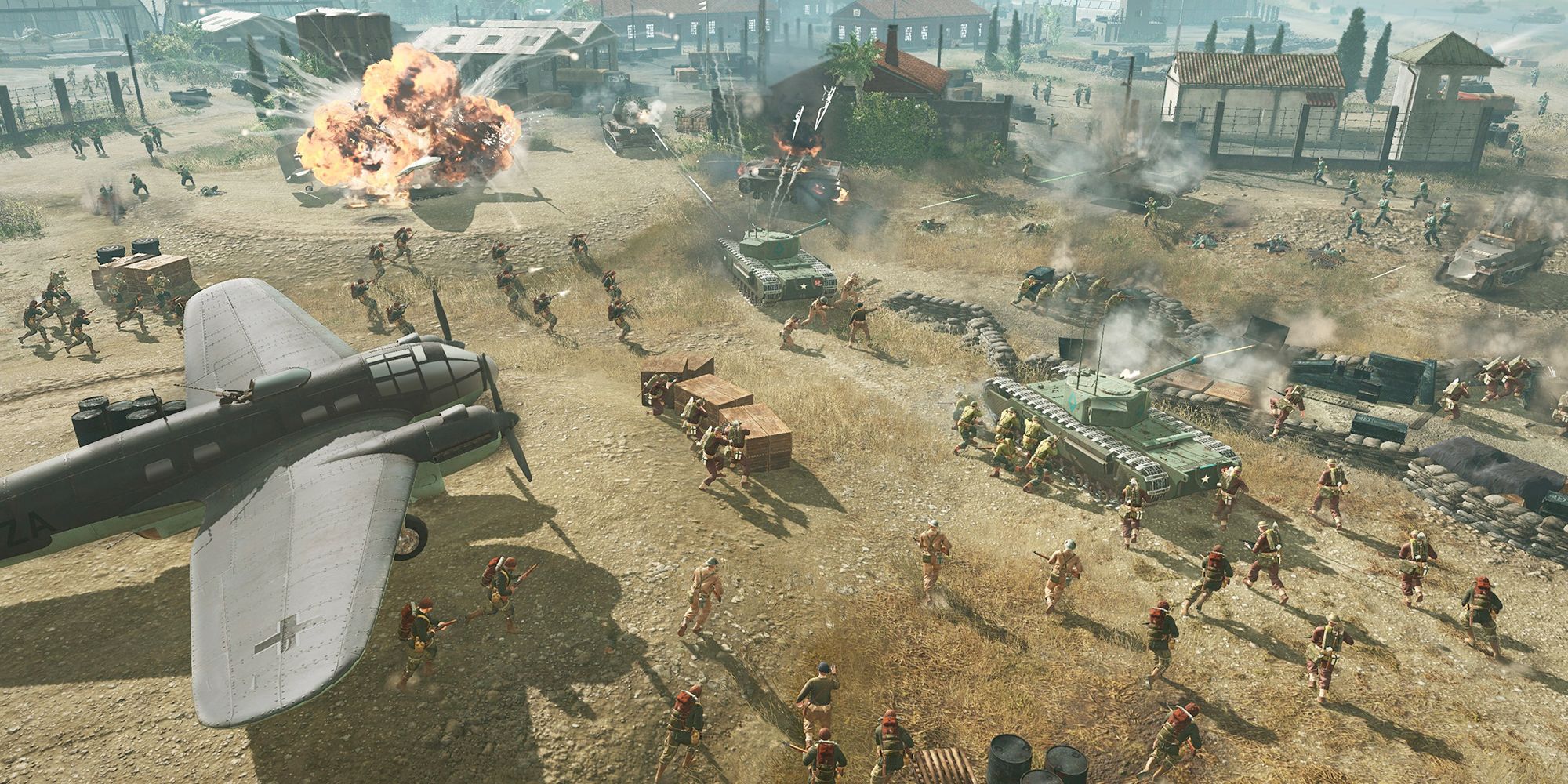 "It's all about creating connections with everything you own. If you damage a map location before you start a mission, it can change it. The environment will have more damage and craters, creating extra cover, and the enemy will be weakened. Whether you win or lose a battle, it will affect the campaign map somehow. The enemy might retreat, shifting the balance of power in the region."

As for the setting, Company of Heroes 3 is leaving the Western and Eastern fronts behind and taking players to another corner of the world. "Early on when we first started talking about making this sequel we engaged with our community and a core group of veteran players and asked them what they'd like to see," says Steve Mele, executive producer. "We discussed all the theatres, but the main thing people wanted was a variety—of maps and experiences. That's why the new game's Mediterranean theatre works so well. We have the mountains of Italy and the deserts of North Africa. You get height gameplay coming out of Italy and tank battles in the wide open spaces of the African desert."

Relic also wants players to connect more with the soldiers on the battlefield. Company of Heroes has always been great at making your units feel like people, not just disposable cannon fodder. "That's all part of the spirit of the series, with the vetting up of your units," says Mele. "You want to keep them alive and the experience they've gained. Vehicles even get weathered and damaged as they move through a map. They'll be clean and beautiful at the start of a mission, but by the end they'll be covered in dust and pockmarks from the fury of the battle. This helps to tell the story of what these units have been through." 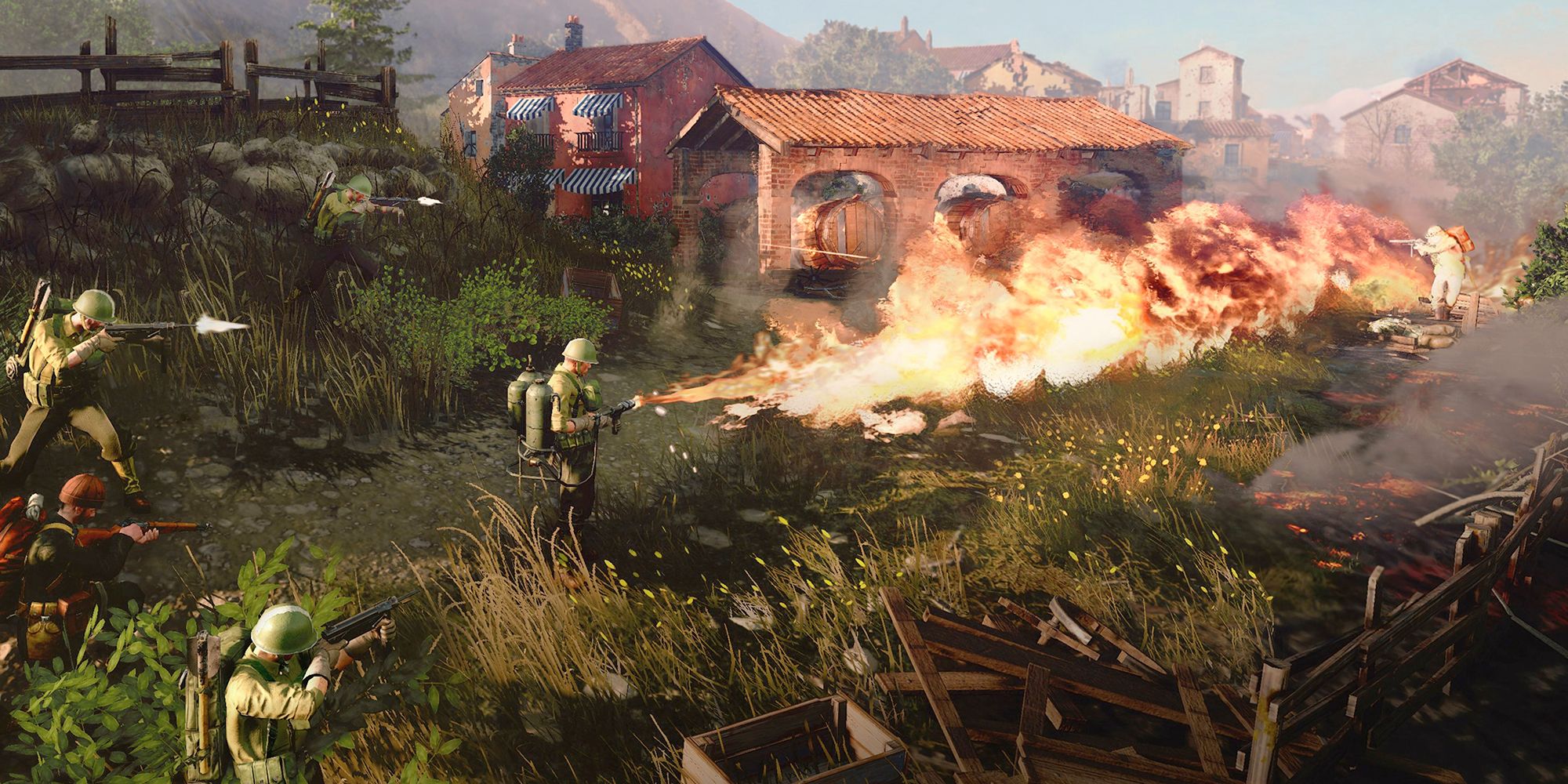 "Company of Heroes has always been about squads and your connection to them," adds Ryan. "Both on a visual level and a gameplay level. You're looking at a squad and it's a bunch of soldiers standing around chatting to each other or interacting with the environment. We have a lot of animation fidelity and a closeness that makes you feel like these are people. They have character and personality. We want every unit on the battlefield to have humanity. We've also included civilians and resistance fighters, so there's a non-military presence too."

"Squad preservation is key to success in Company of Heroes," adds Mele. "As you gain veterancy and purchase upgrades, they become super powerful and extra effective in battle. Players need to learn when to retreat and heal as well as attack. We want you to feel like keeping your squad alive is important."

As I play on the new dynamic campaign map, I wonder which elements of the game are hand-crafted and which are procedurally generated—if any. "There's very little that I'd call procedural," says Ryan. "Everything is hand-crafted to some degree. In addition to our hand-made missions, and there are many of them in the Italian campaign, we have skirmishes as well. Those are mode-based, similar to how you might play a multiplayer map against AI. Rather than fighting to control something, you clash more directly with the enemy. There are semi-randomised objectives in this mode and the difficulty is based on a variety of factors: how much health a company has, what its veterancy is, how many skill points it has." 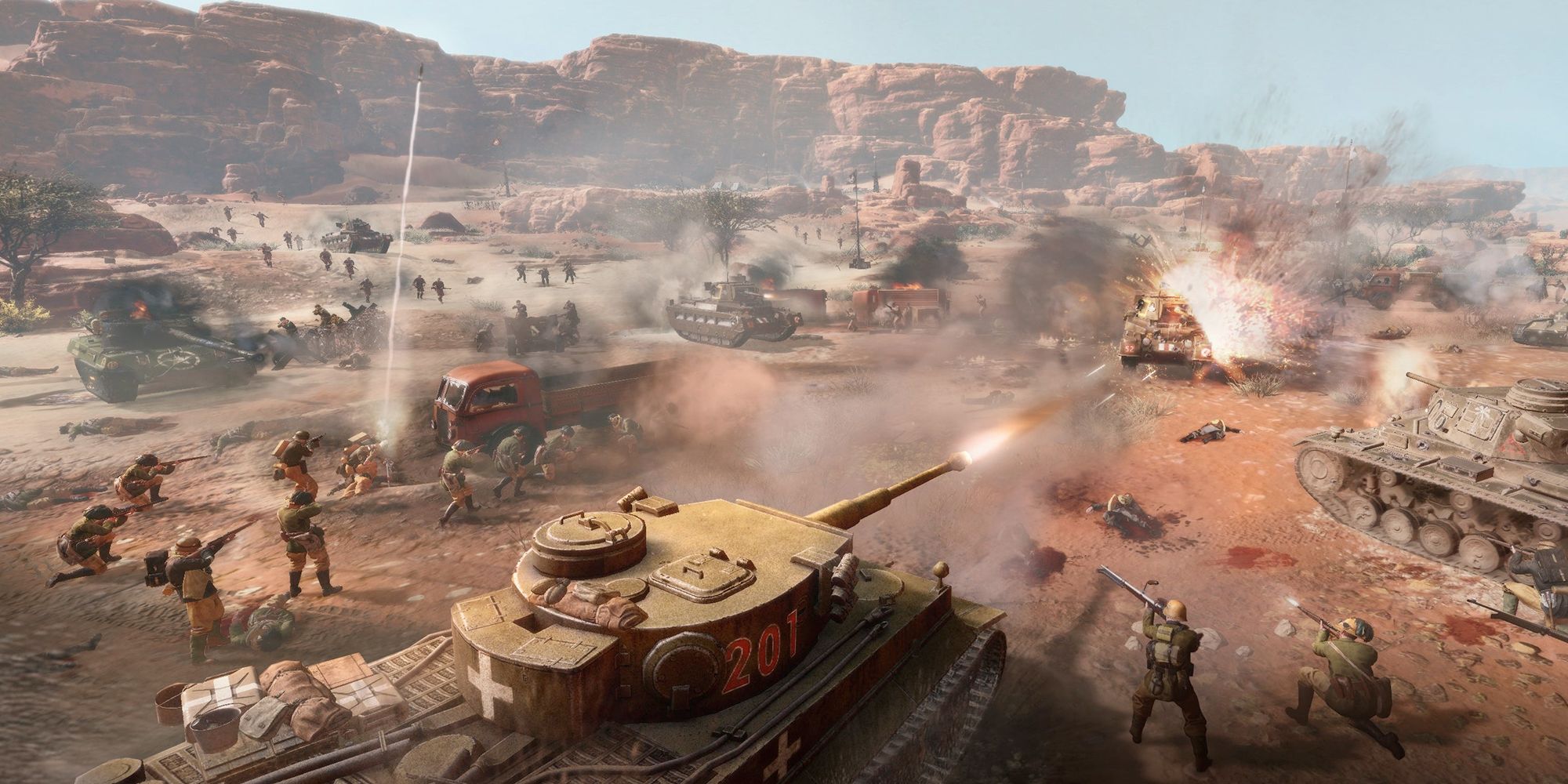 "These skirmishes are optional for players who really want to dig into the RTS gameplay. But if you prefer missions, you can bypass these battles by destroying the enemy companies on the campaign map." However, if it's an old school story-driven campaign you're after, Company of Heroes 3 has you covered. As well as the campaign map, there's a more straightforward single-player campaign to enjoy too, more in line with previous games in the series.

"We have two single-player experiences," says Mele. "We have the North African campaign, which is more of a linear, story-driven, traditional Company of Heroes experience. You'll have cinematic and set-pieces. The Italian campaign has a narrative element too, with an overarching plot. But within that it's littered with choices and decisions and story branches that will make every player's tale unfold in different ways. No two playthroughs will ever be the same." Company of Heroes 3 launches exclusively on PC on November 17 this year, and it's looking like another quality entry in a killer series of WW2 strategy games.