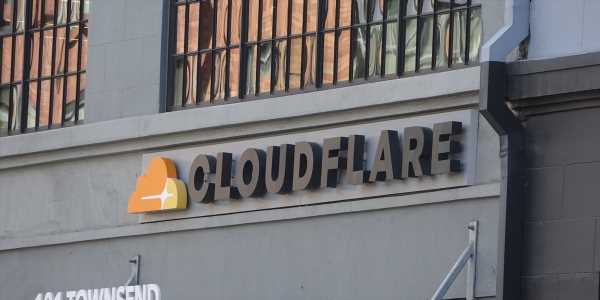 Cloudflare is doubling down on email security, with an agreement to acquire Area 1 Security — as the company seeks to become the top player in the realm of secure access service edge (SASE).

While SASE doesn’t typically include email security as a component, Cloudflare cofounder and CEO Matthew Prince said in a recent interview with VentureBeat that the definition of SASE needs to go broader.

“We think email security makes total sense as part of SASE,” Prince said in the interview earlier this month.

Cloudflare recently began “dipping our toe into the email space,” he said. Last September, the San Francisco-based company released a free email routing and anti-phishing solution — and it’s been “amazing” to see the demand for it, Prince said.

“We’ve had over 200,000 domains register for that,” Prince told VentureBeat. “By domain count, we became one of the largest email security providers that’s out there.”

With Cloudflare’s push into email security, “I think we are trying to stretch the bounds of what what it means to be SASE,” he said.

Cloudflare’s SASE offering, the Cloudflare One platform, represents the direction that the company — known for its global network that enables strong security and performance for web properties — is most focused on now.

In coining and defining the term SASE, Gartner analysts were “trying to describe what a future network would look like, that would do all the things that you would want,” Prince said. “I think that that’s the spirit of SASE.”

Ultimately, email security “is a space where — given our scale and reach — there’s a very big opportunity for us to quickly make a real dent,” Prince said. “I think that’s just a very natural addition.”

In terms of its existing email routing service, however, the offering is “relatively simplistic” at present, he acknowledged.

That is where the acquisition of Area 1 Security, which offers AI-driven protection against phishing attacks, will come in.

With Cloudflare and Area 1 Security’s technologies combined, “we expect we’ll be delivering the fastest, most effective, and most reliable email security on the market,” Prince said in the news release.

On Twitter, Prince said that Cloudflare has been a customer of Area 1 Security for the past two years. “They are, by far, the best email security vendor,” he tweeted.

Cloudflare said it expects to close its acquisition of Area 1 Security early in the second quarter. It would become the ninth acquisition for Cloudflare since its founding in 2009.

The ultimate goal of SASE is to offer a more dynamic and decentralized security architecture than existing network security architectures, since it accounts for the large number of users, devices, applications and data that are now located outside the enterprise perimeter. SASE offers a flexible and “anywhere, anytime” approach to providing secure remote access via ZTNA, CASB, SWG and next-gen firewalls.

Ultimately, “we believe that we’ve got the best user experience of any SASE out there,” Prince said in the previous interview with VentureBeat. “Other SASE applications slow IT teams down, are a pain to implement, and really disappoint and frustrate end users. But from the beginning, one of our key value propositions was performance. And we take that incredibly seriously.”

Earlier this month, Cloudflare added a key missing piece for the SASE offering, with the acquisition of a startup that offers CASB capabilities. Crucially, the technology offered by the startup, Vectrix, is a “modern” equivalent of a CASB, with dramatically simplified deployment compared to most existing tools, Prince said previously.