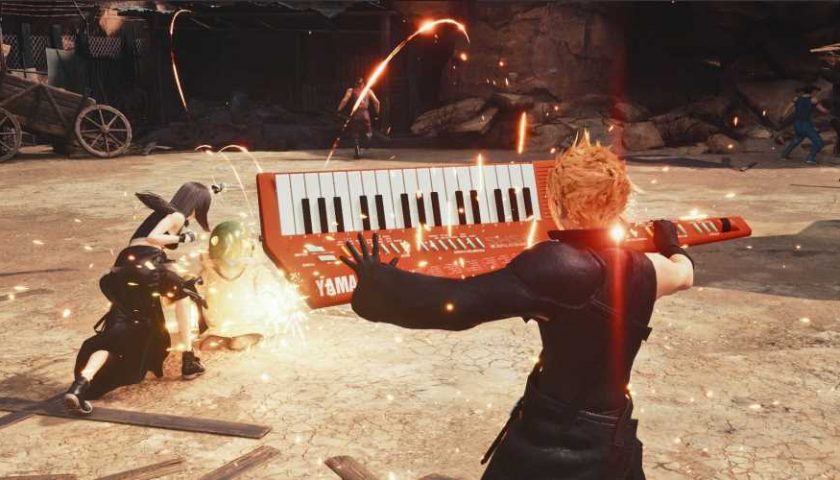 Final Fantasy 7 Remake has been a great source of inspiration for PC modders who have found fun, distraction, thrills, giggles, and absorption creating new content or performance upgrades and alterations for Square's remake of its seminal RPG title.

These mods have included a range of different outfits for Tifa, Aerith, and Cloud Strife, while Sephiroth has been made to look like a clown. Some modders have even created NSFW models for our gang, which you may discover for yourselves. Meanwhile, Cloud's famous buster sword has been variously replaced by Scarlet – yes you can Omnislash with Shrina's head of weapons development – or a spiked bat, and now a mod introduces a great-looking keytar in place of his sword.

As spotted by PC Gamer, a modder known as Eradicator has done some very fine work with this keytar, giving it a specificity that would impress a real musician. Because it's not any old keytar but specifically a 1987 Yamaha SHS-10 shoulder keyboard. 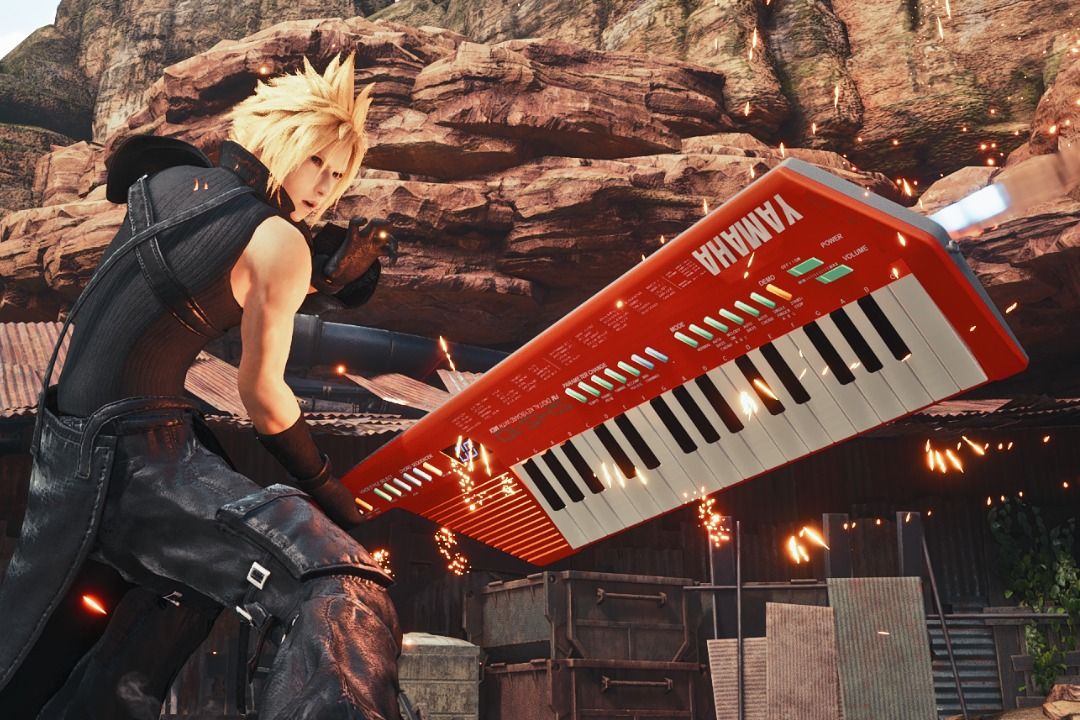 It's a cool-looking keyboard and somehow really suits Cloud and the game's aesthetic. The display on the Yamaha even changes colour depending on the materia equipped on the sword's first slot, showing Eradicator's attention to detail, while the mod comes in three different flavours.

There's a plain keytar, one with a random assortment of stickers on the back, and one that shows off a bunch of FF7-themed stickers with one featuring the original PS1 game's translation of the Japanese into English, "This guy are sick", displayed for Aerith.

The Keytar Sword mod requires users to create a "~mods" folder and to place the pak file inside. Full details on how to do this can be found on the mod's page on Nexus mods should the Yamaha SHS-10 model keytar pique your interest.

Meanwhile, there is a whole host of other mods to choose from. These include putting Cloud into his PS1-era dress, making the game's combat real-time, replacing all of Aerith's weapons with a chair, and giving Cloud a sexy crop-top, among many other delights.