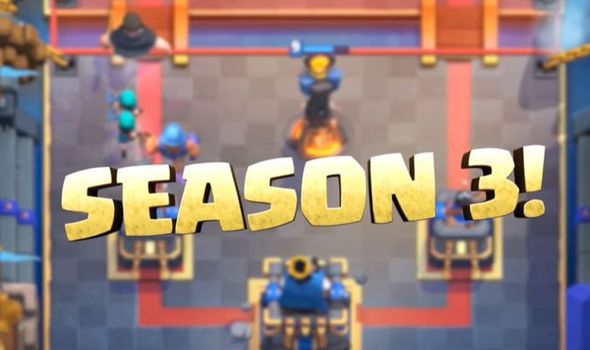 As confirmed in a new blog post shared by the team, Clash Royale will see a new update launched today, September 2.

There is still a chance of delays and development changes but if everything runs to plan, Season 3 content should be available to download later today.

SuperCell hasn’t revealed whether server downtime on Android and iOS will be needed, or how large the new update will be.

From past rollouts, it seems likely that some kind of patching will be required before access to Season 3 begins.

Fans will also need to keep there game up to date to have access to servers during the upcoming season.

We also don’t know exactly when Clash Royale Season 3 will begin today, however, an announcement on social media is expected before it begins.

When it comes to new content, SuperCell has confirmed that a lot of it will be based around the returning Legendary Arena.

It has been confirmed that above 4000 trophies, all battles in Season 3 will take place in Legendary Arena.

Much of the new content being released today will be found as part of the Season 3 Pass Royale.

This includes new emotes and a Legendary Tower skin, called the Fortress. Full details on all this will be revealed following release.

New balance changes are also being made as part of the launch of Clash Royale Season 3. You can find full details on the buffs to The Executioner and other characters below in the early patch notes.

As noted by SuperCell, the biggest balance change has been reserved for The Executioner, who can deal a lot more damage in Season 3.

“The Executioner has lagged behind in win/use rates for a while in competitive play,” a message from SuperCell explains.

“The issue with buffing him has been his general toughness and lack of counterplay. Due to high health, long-range, and spatial control, a buff would make him powerful with only Rocket to defeat him on defence.

“We wanted a solid ranged attacker that could counter Fireball-bait type strategies, especially squads of Barbarians.

“This change will kill Barbs with one axe swing, and leave Musketeers with just a sliver of health. Executioner will be less well-rounded – now he is extremely powerful in favourable situations but less effective against long-range attackers.”