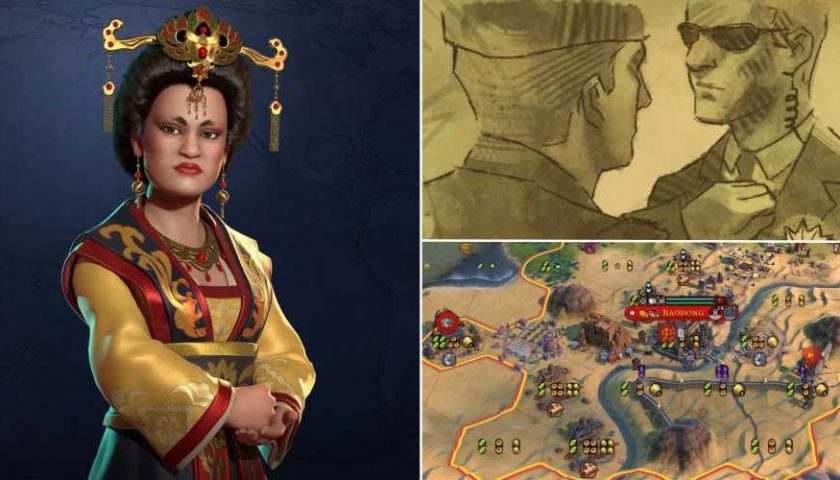 Wu Zetian, the only woman in history to rule over China, is one of the many new characters available in the Civilization 6 Leader Pass. She boasts espionage capabilities that let her even the playing field even on Deity difficulty. This gives her a narrow but rewarding play style that really shows its strength late in the game.

Mastering Wu Zetian requires a little bit of discipline, as she relies on very specific Civics and Policies in order to be effective. Once she gets going, Wu can easily pursue any victory type while hampering her opponents at every turn! 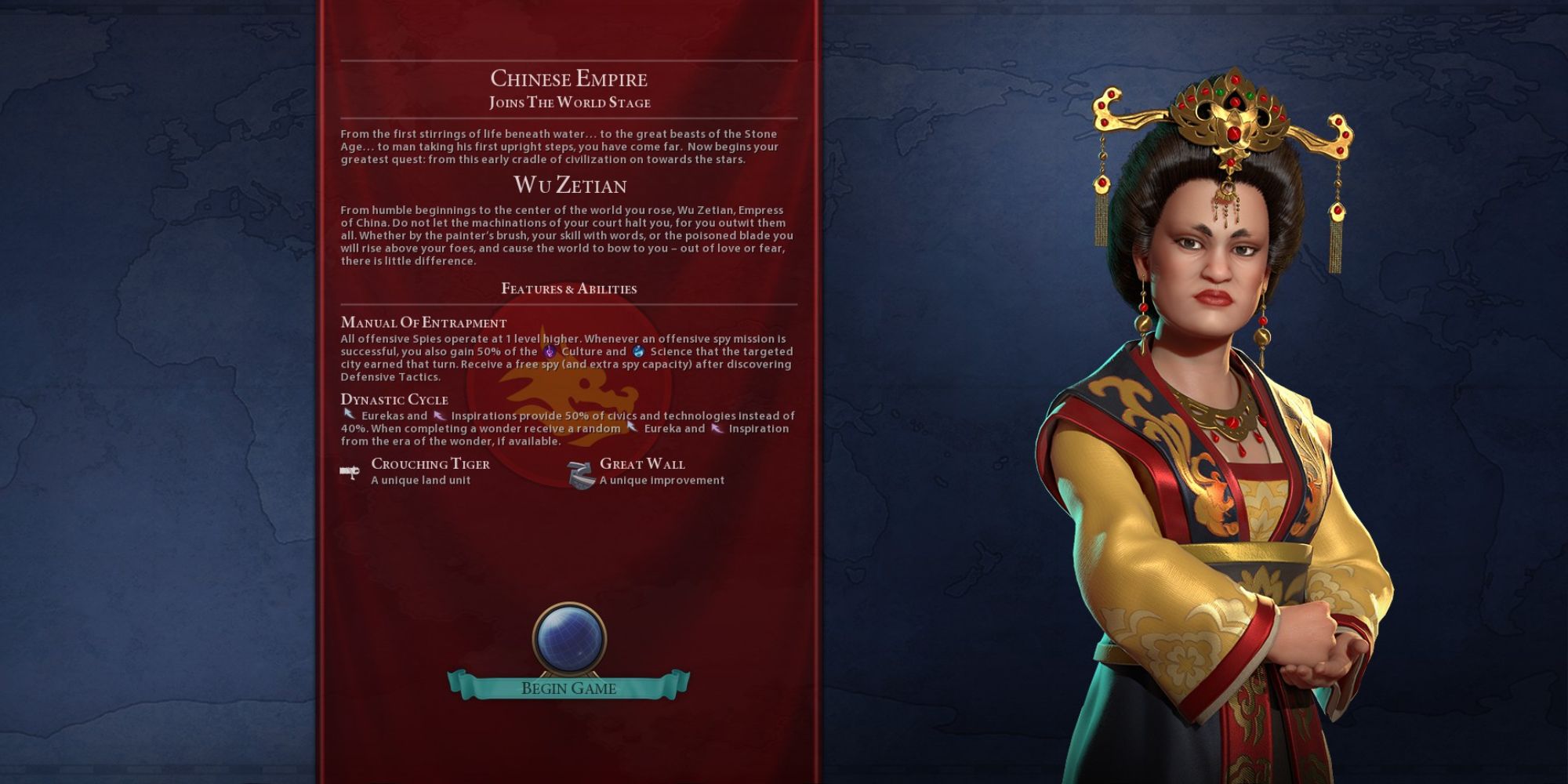 Wu's signature ability is the Manual Of Entrapment. Her Spies always operate as though they were one level higher when carrying out offensive operations. Better yet, whenever a Spy successfully carries out such a mission, Wu receives half of the target city's Science and Culture output for that turn.

As an added bonus, Wu Zetian gets her first Spy upon researching Defensive Tactics, much earlier than other leaders. From that point forward, no enemy's secrets are safe! 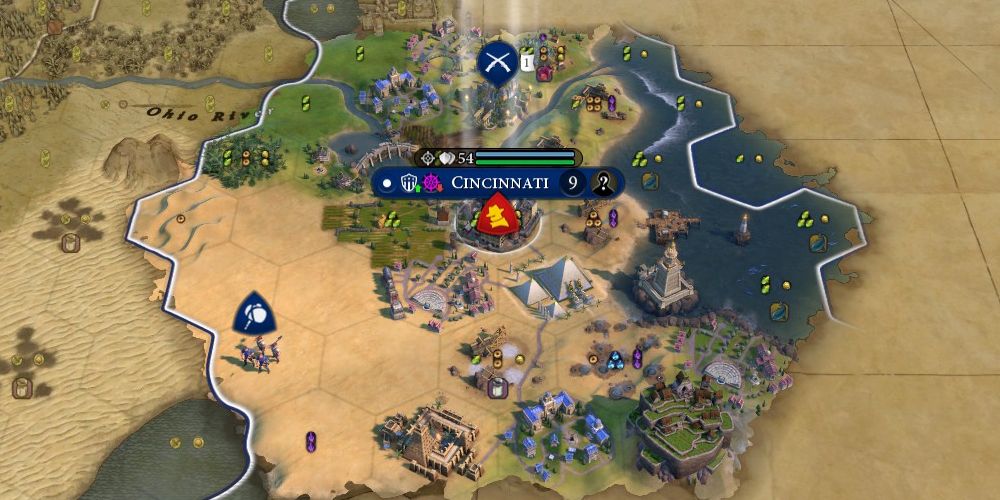 Once you've established your initial cities and set up a basic economy, the best move when playing as Wu is to focus on generating as much Culture as possible. Spies and their upgrades are unlocked through Civics, so it's important to rush down the Culture Tree quickly.

The Great Wall eventually yields Culture as well as Gold, so it's well worth building it early!

Your first goal is to unlock Defensive Tactics, which is available in the Classical Era. If you're targeted by another civilization's war declaration, you can get a boost for this Civic, which will be larger than normal thanks to China's Dynastic Cycle ability.

Along the way, be sure to build a Government Plaza so that you can construct an Intelligence Agency there as soon as the building is available. 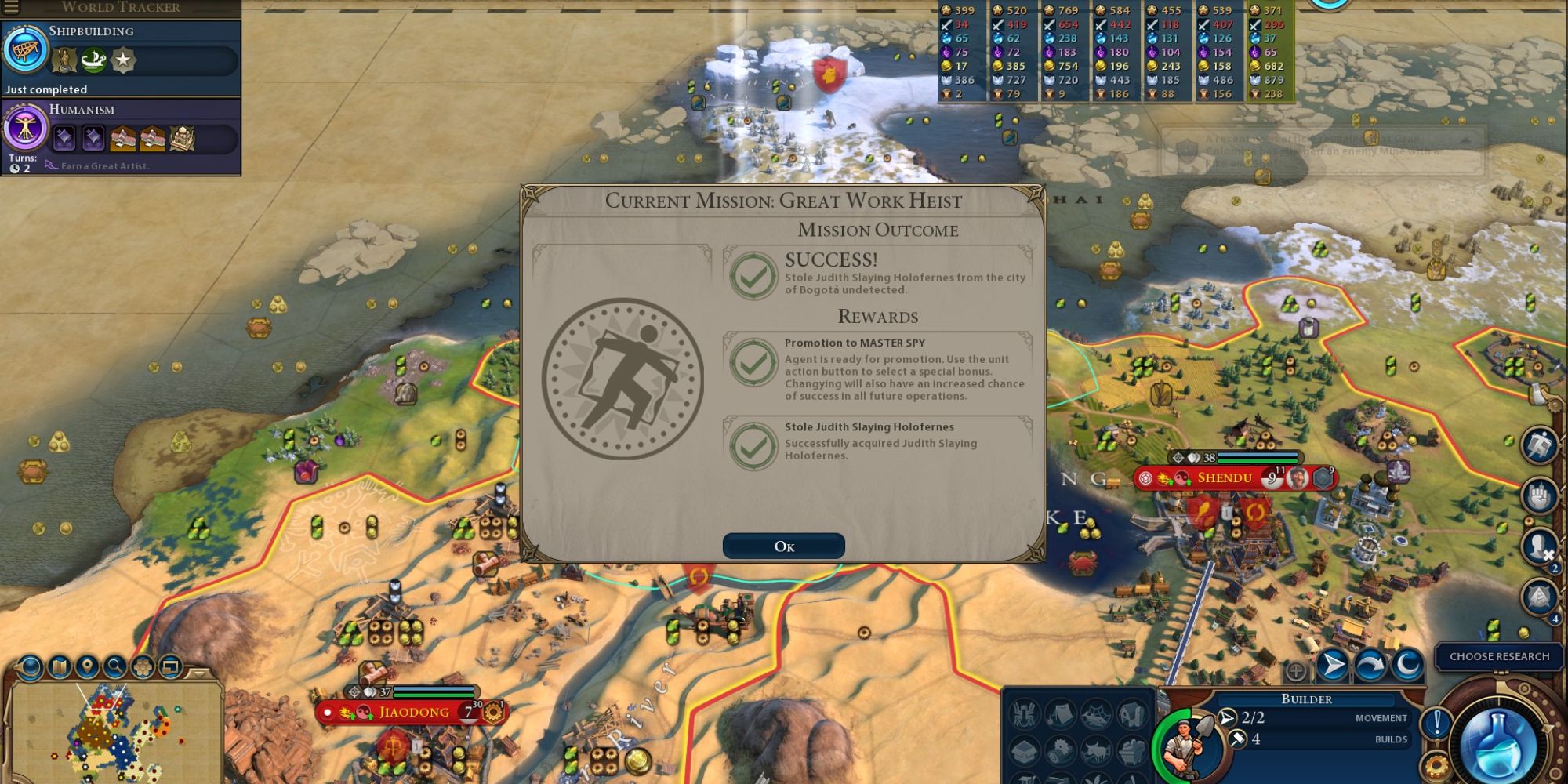 Once you unlock Spies, it's time to put your master plan into action. Check which of your opponents has the highest Science and Culture output, and send your first Spy to their capital. If you can't reach the capital, look for cities with both a Campus and a Theater Square since you'll get the most out of the Manual Of Entrapment there.

Once you unlock Diplomatic Service, equip the Machiavellianism Policy and never remove it. It speeds up your Spies' operations and makes them cheaper to recruit!

When your Spy arrives, order them to Gain Sources before sending them on any other missions. Once that's done, they'll operate as though they were a full three levels higher, virtually guaranteeing a successful mission. Early on, the best missions to execute are Great Work Heist, Steal Technology, and Siphon Funds.

Each time you complete a mission, you'll get a burst of Science and Culture. Combined with the extra benefits you receive from Dynastic Cycle (which applies to the tech boosts gained from Steal Technology), you'll be able to quickly catch up on both the Science and Culture Trees.

The Nuclear Espionage Policy doubles the number of tech boosts you get from Steal Technology, which combos amazingly with Dynastic Cycle.

As the game goes on, you'll be able to recruit more Spies. Be sure to train Spies as soon as they become available, and replace any that are captured or killed (though this should be rare). Late in the game, you can Disrupt Rocketry, Breach Dam. and Recruit Partisans to wreak havoc on whichever player is ahead in your chosen victory condition, while you push toward your goal. 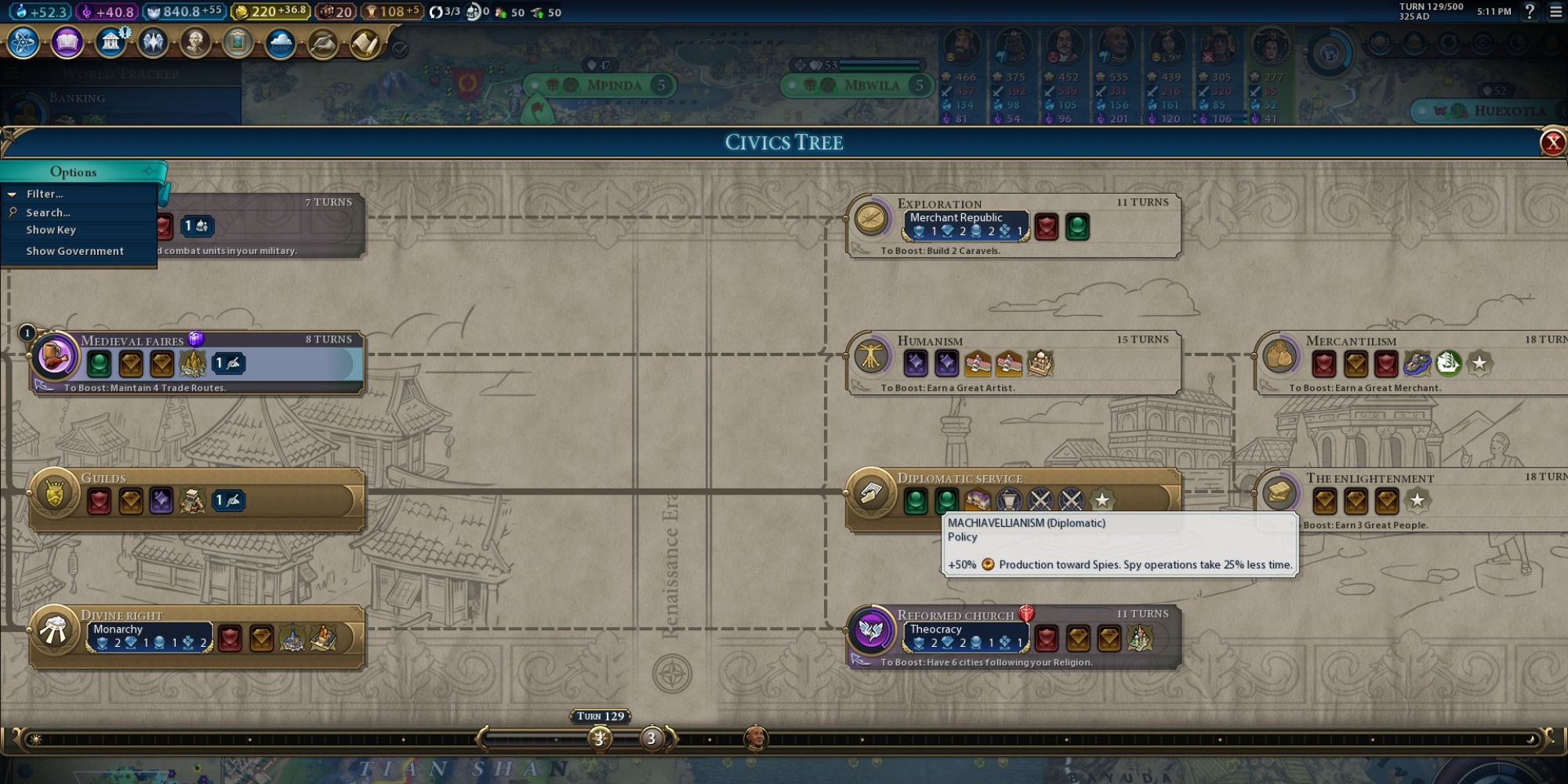 Success as Wu Zetian relies on getting several key Civics as soon as you can. Make these your top priorities throughout the campaign: