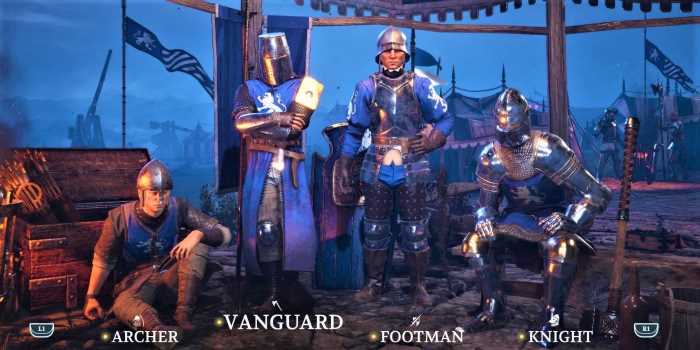 There are four classes and each one comes with three subclasses that suit different playstyles within them. It can be hard to choose, but having a basic understanding of each one can help you narrow down your choices in Chivalry 2. 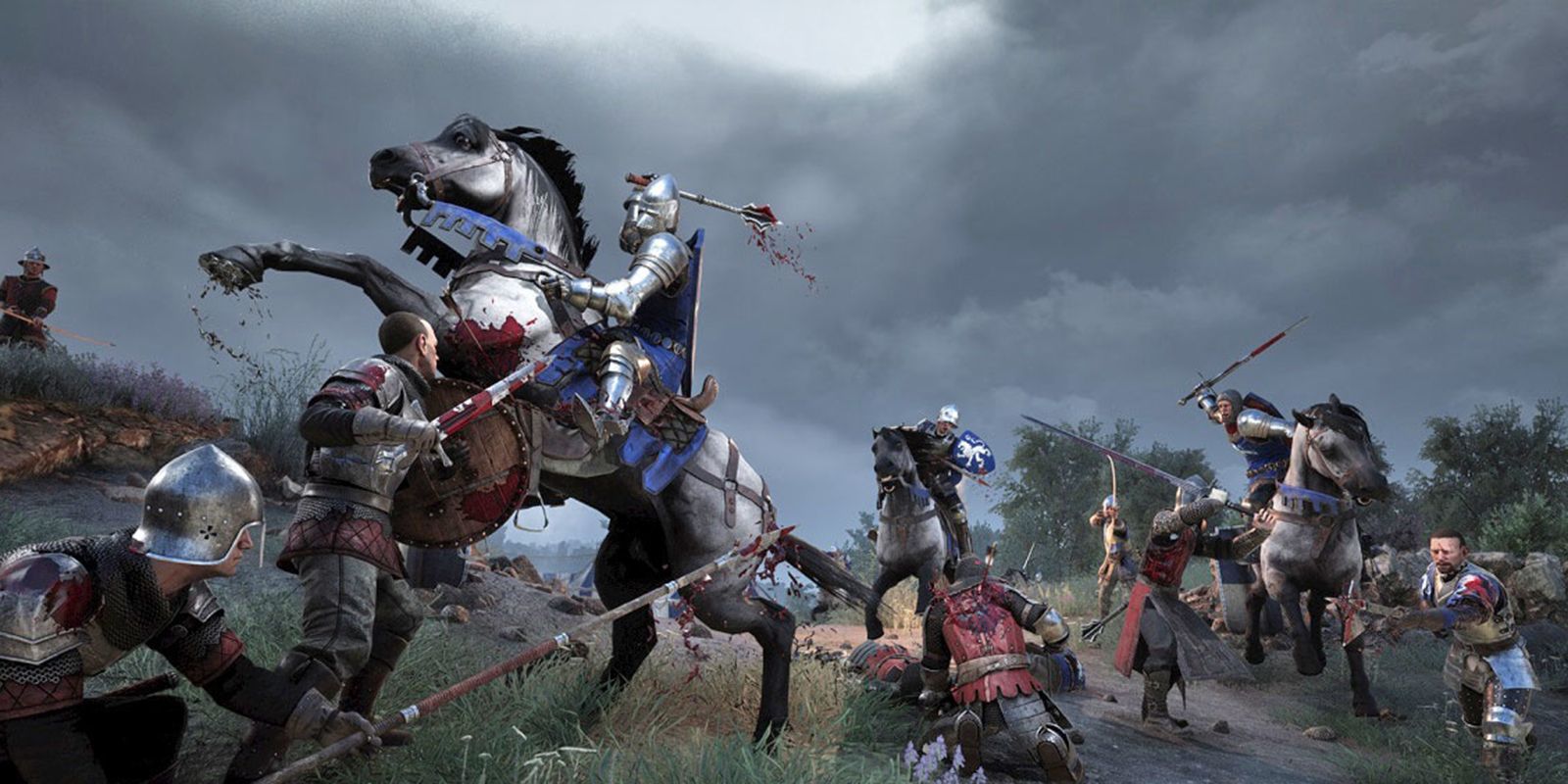 There are a few different classes for you to choose from, and each one focuses on different weapons and playstyles. Once you choose a class, there are subclasses within it that provide you with various options to best suit your needs in this personalized total war game.

Each class comes with its own advantages and disadvantages, and they are geared toward different skill levels. It is up to you to decide which combination works best for you so you can be of assistance, rather than a hindrance, on the battlefield.

The four classes in Chivalry 2 are as follows: 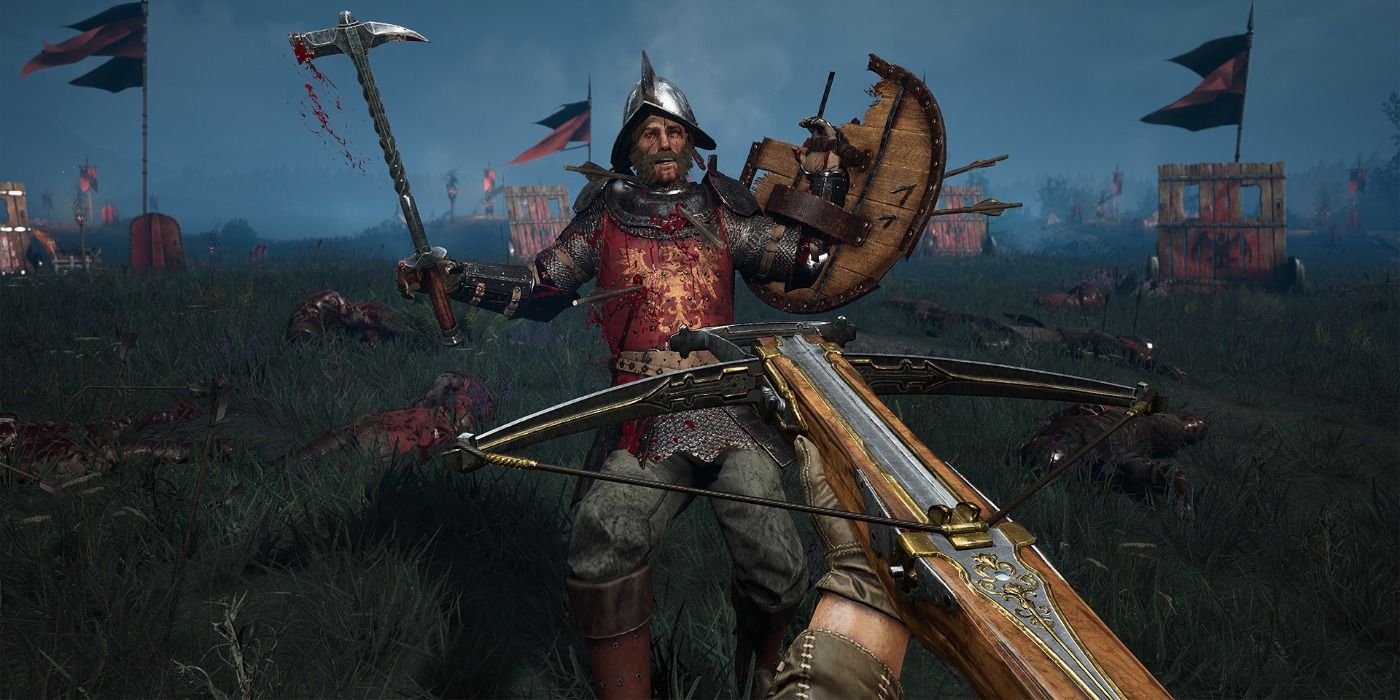 The Archer is the worst class, as they have the lowest max health of 90, a decent movement speed of 100, and 50 stamina. There can only be so many Archers on each team as well, so constantly raining arrows down on an opponent is not an option.

The goal is to deal damage from afar and avoid the more dangerous weapons wielded by the other classes. You will be equipped with a secondary weapon in case you are approached, but this will usually end in your death.

The other downfall of this class is that you have a limited number of arrows, which is not only historically accurate but it means you will have to refill them once you run out. This could put you in danger, especially if the box isn’t in a location that is safe from your opponents.

However, they are needed, and no team should ever go without at least one. They can change the tide of a battle as they save their comrades from a distance. If you want to be an effective Archer it does take skill, so practice makes perfect if you want to make a difference in this role.

There are three subclasses of Archers for you to choose from and they include: 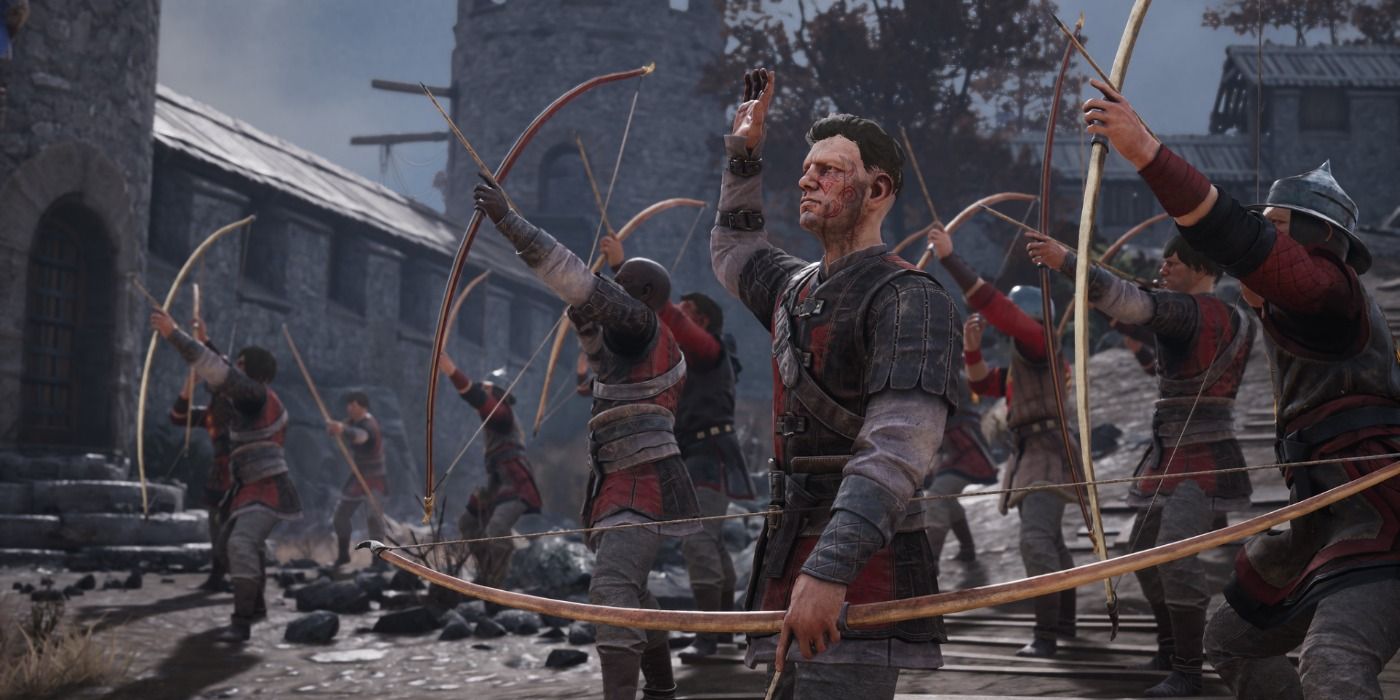 The Longbowman uses a longbow as their primary weapon and it can fire quickly. You can place spike traps to protect yourself and braziers in order to set your arrows ablaze.

However, it is similar to a sniper in shooter games as the longer you aim, the harder it is to remain accurate as it will drain your stamina. 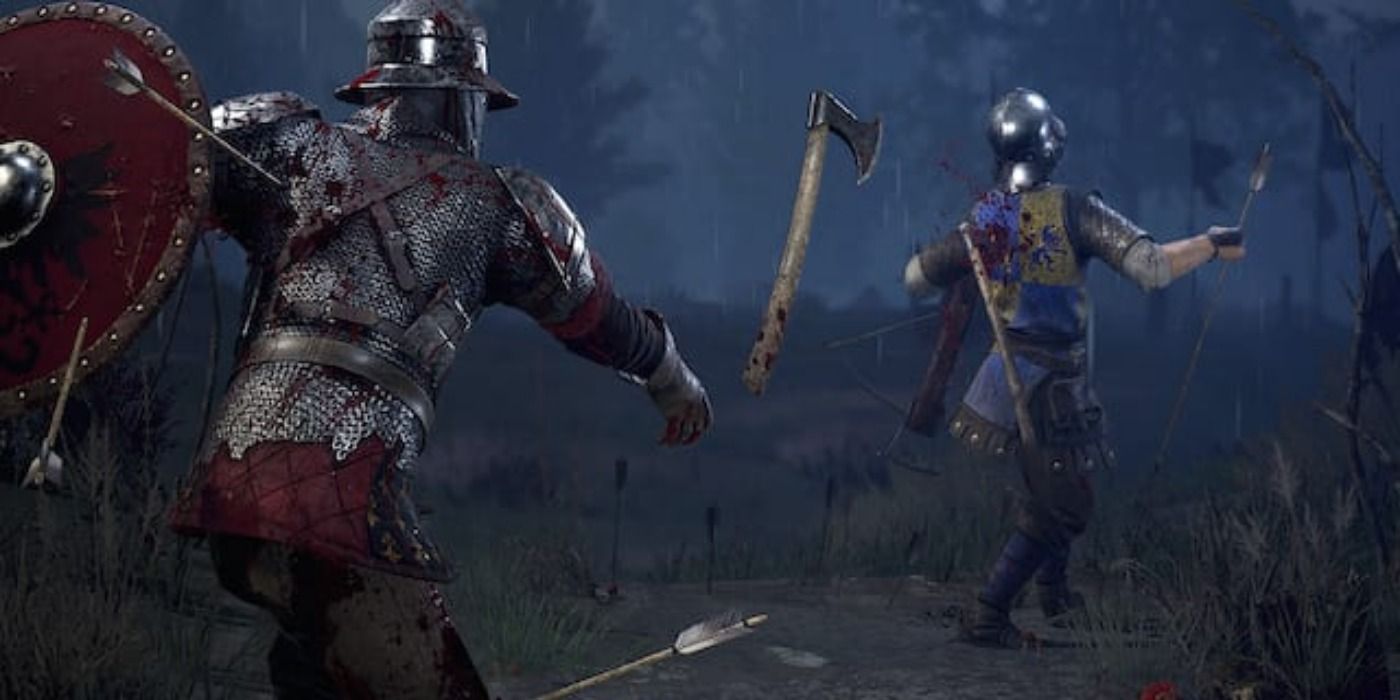 If you want something that is in between a ranged and melee class then you might want to become a Skirmisher. Rather than an arrow, you are given battle axes or javelins which can be thrown, or used in close-quarters combat.

You can restock them and they don’t deal as much damage as arrows, but they do allow for more versatility on the battlefield. 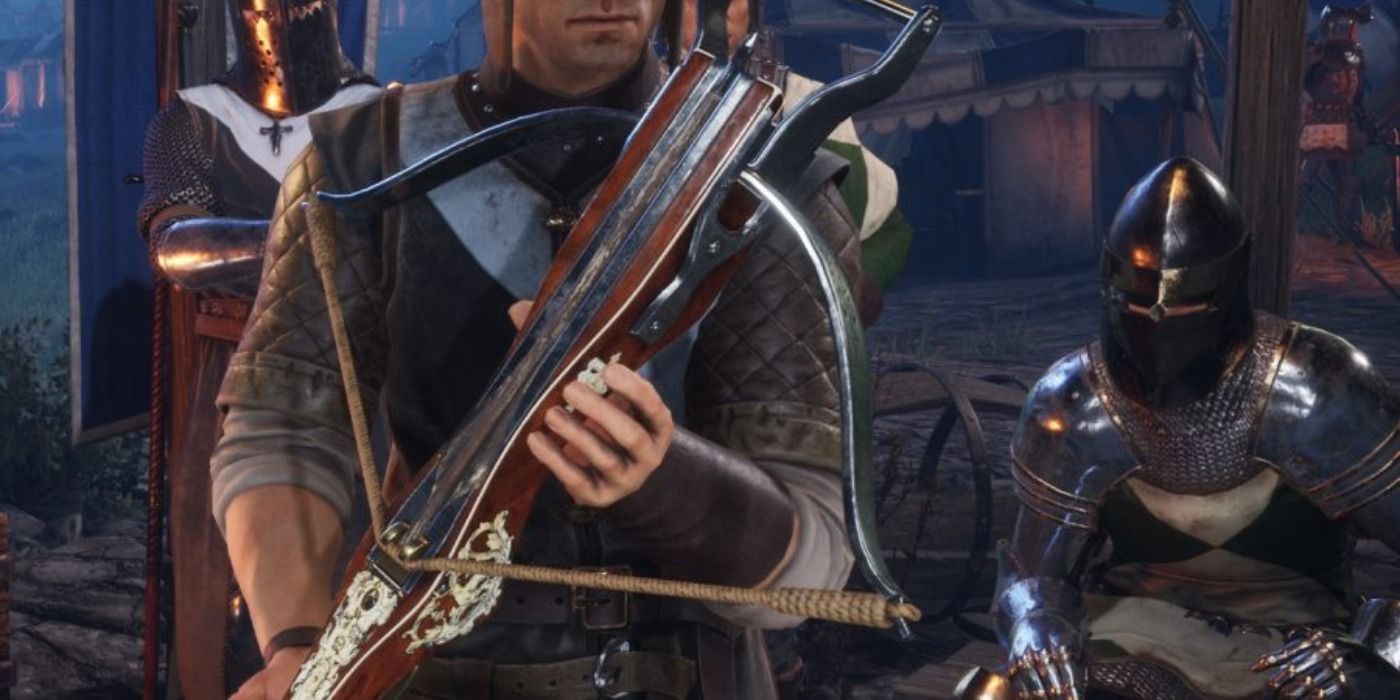 The Crossbowman uses a crossbow that deals the most damage of any Archer subclass, but it takes quite a bit of time to reload. If your aim is true then you might want to use this weapon as a single hit will deal a significant amount of damage.

This class can place pavise shields that cannot be moved and provide cover. You can even stick a banner in the field that your comrades can use to regenerate some of their health. 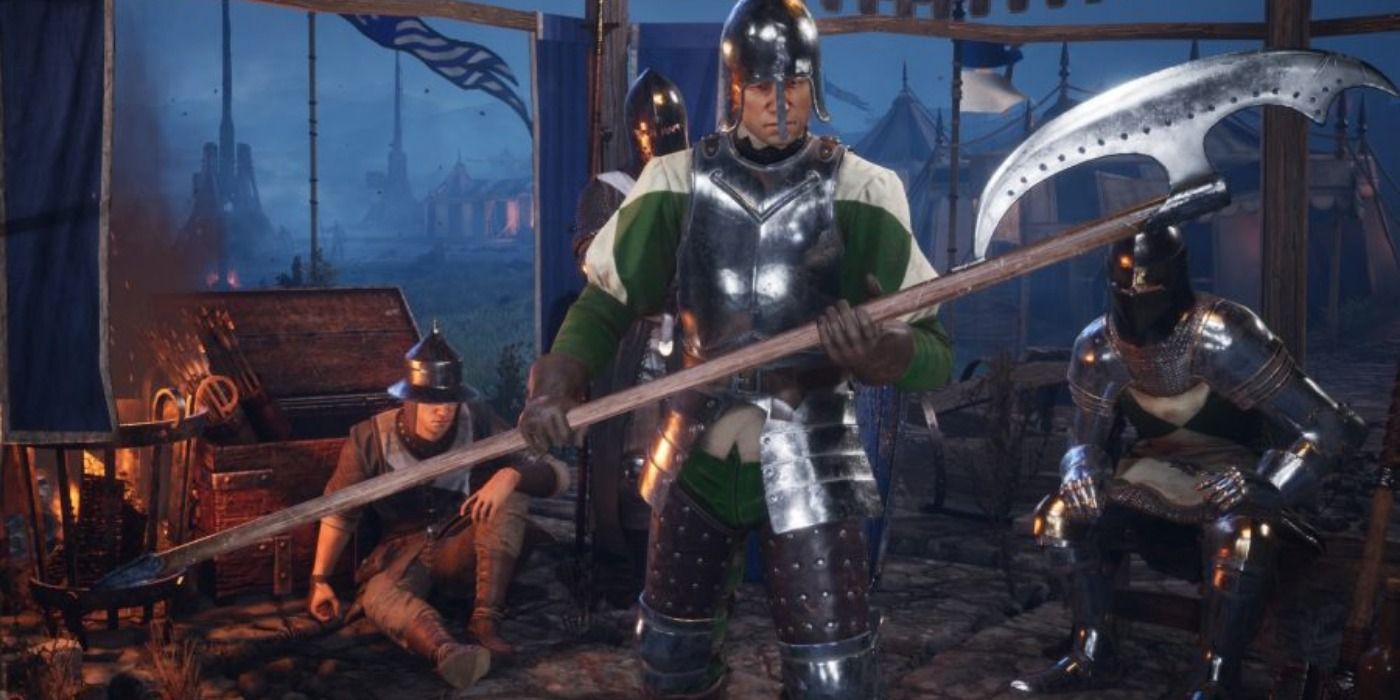 The Footman is a middle-of-the-road class as they have a max health of 150, a movement speed of 100, and 80 stamina. It is a great class for beginners due to its increase in armor and there are various weapons for players to choose from.

They also come equipped with bandages so in case you lose a lot of your health on the battlefield you are able to quickly refill it before jumping back into the fray. It makes them a bit better than Vanguards, but some still say that knights have them beat in this medieval game that Skyrim players adore.

You will need to learn how to use their Sprint Charge ability, which does exactly what you think it does. When activated, the Footman will rush an opponent and deal a lot of damage, but it can be difficult to time.

There are three subclasses for Footman to choose from: 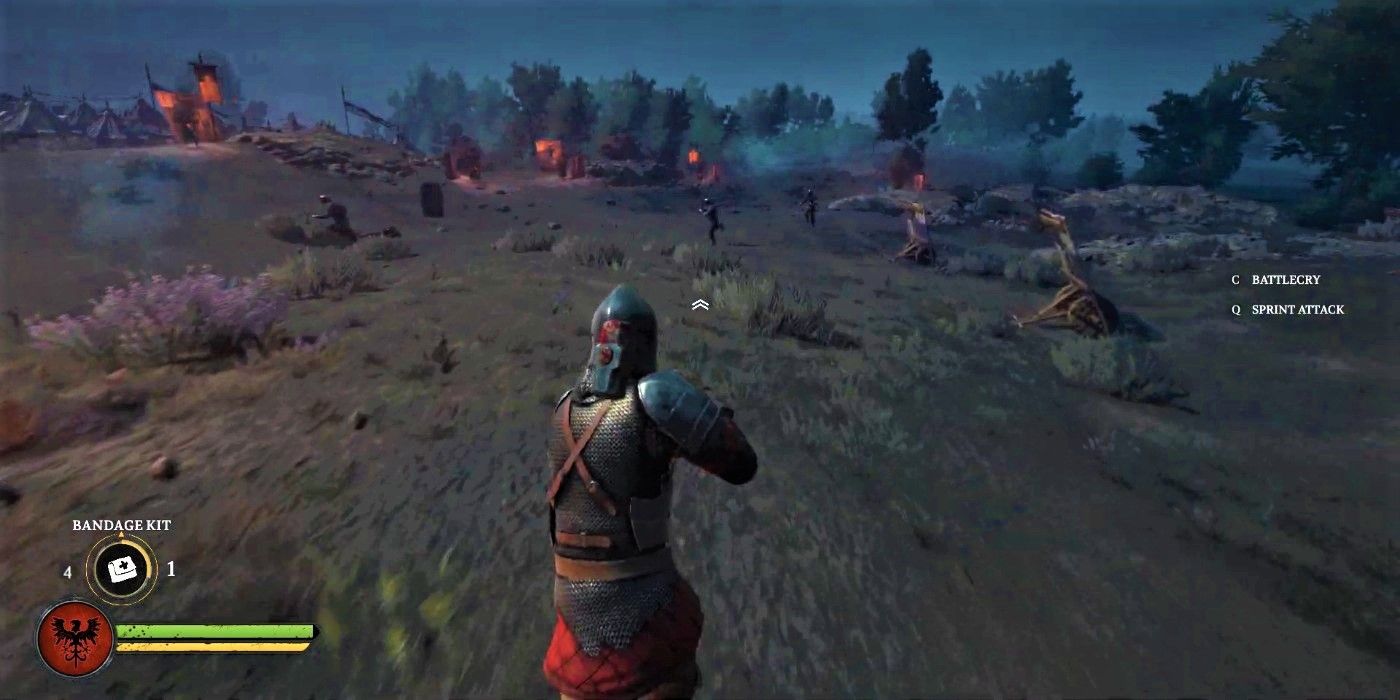 The Field Engineer is great at working behind the scenes to help their team, rather than standing on the front lines. They can take down breakable objects twice as fast and they have the ability to place walls and spike traps.

It will slow the advance of your opponents, but their downfall is that they only have a sledgehammer at their disposal. This means that if you lose it, then you will be unarmed and facing your death. 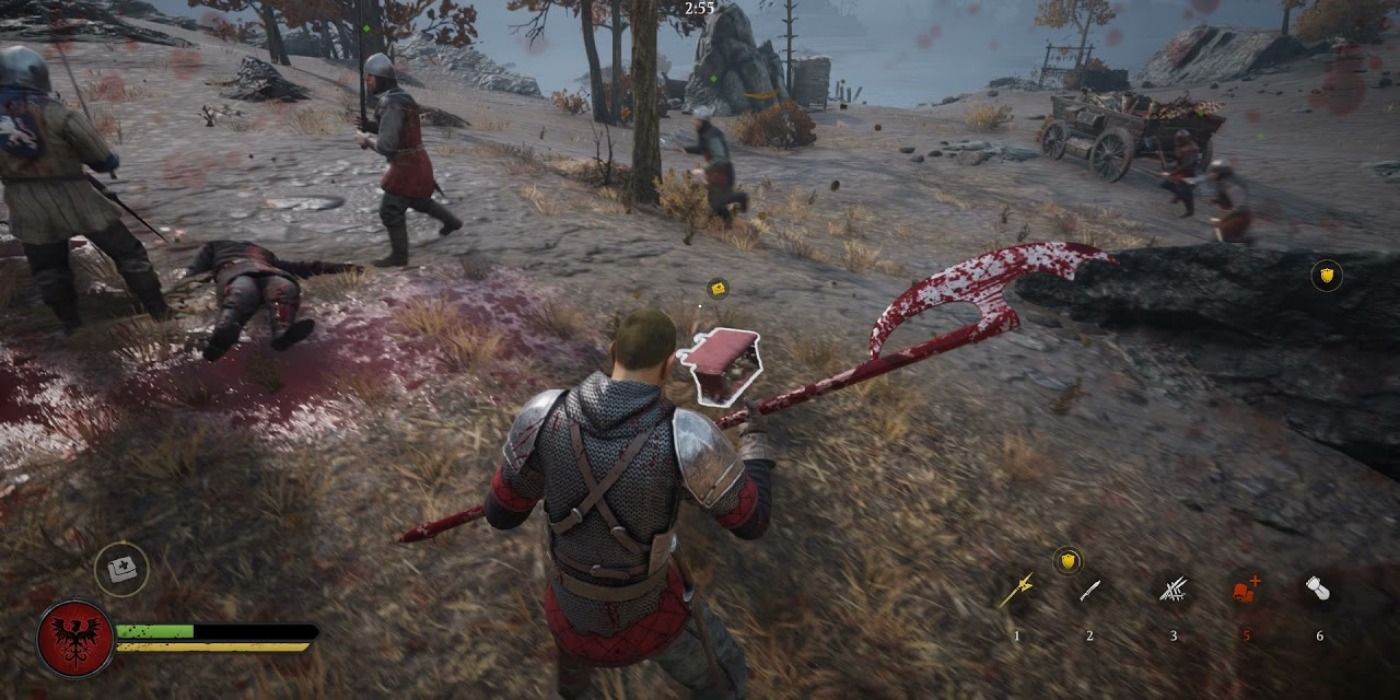 If you enjoy keeping your distance from your opponent during a melee fight, then you should consider using the Poleman subclass. They utilize two-handed weapons with a long reach and they have the ability to tackle their opponents.

If you want to give your team an advantage then you can place spike traps along the ground and their Sprint Charge is given an extra 25% damage bonus. 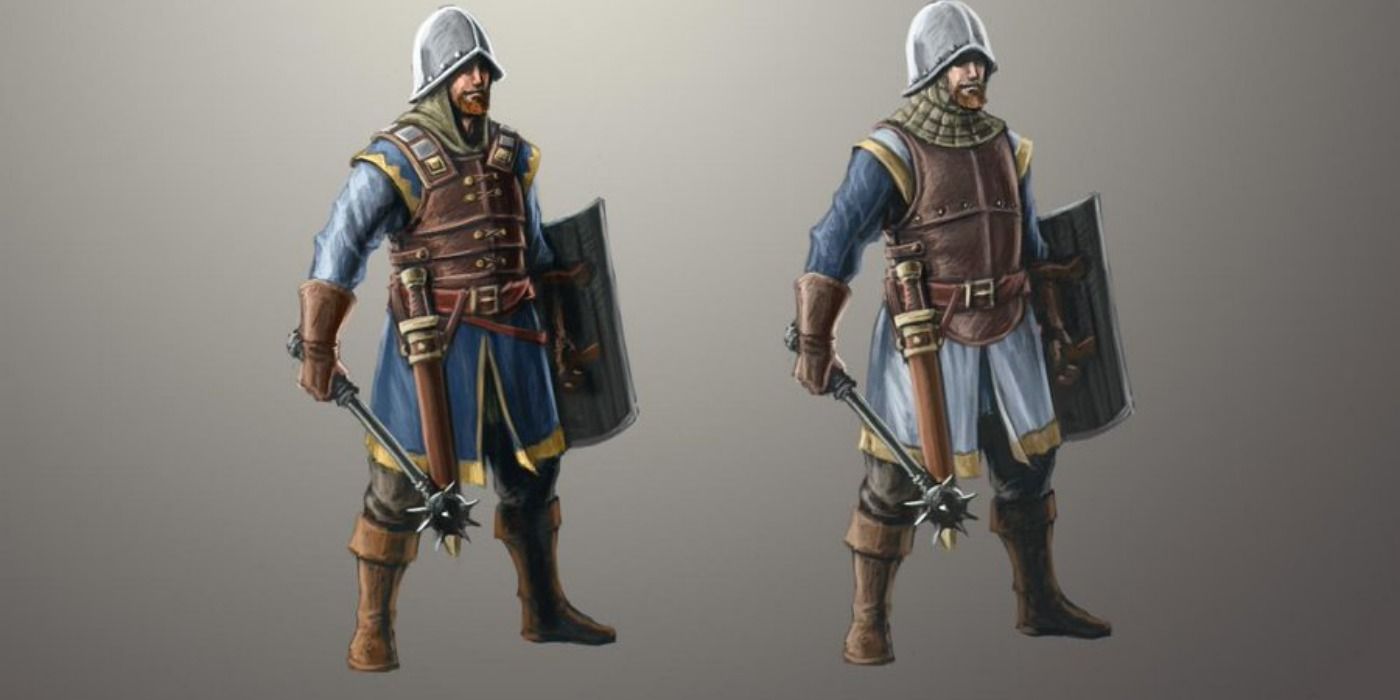 The Man at Arms is the fastest of all the Footman as they use one-handed weapons that allow them to land quick hits and dodge. It takes their dodge half the time to cool down so you can move around your opponent with ease.

They often use a mace or sword, and it can be paired with a shield for a bit of extra protection. 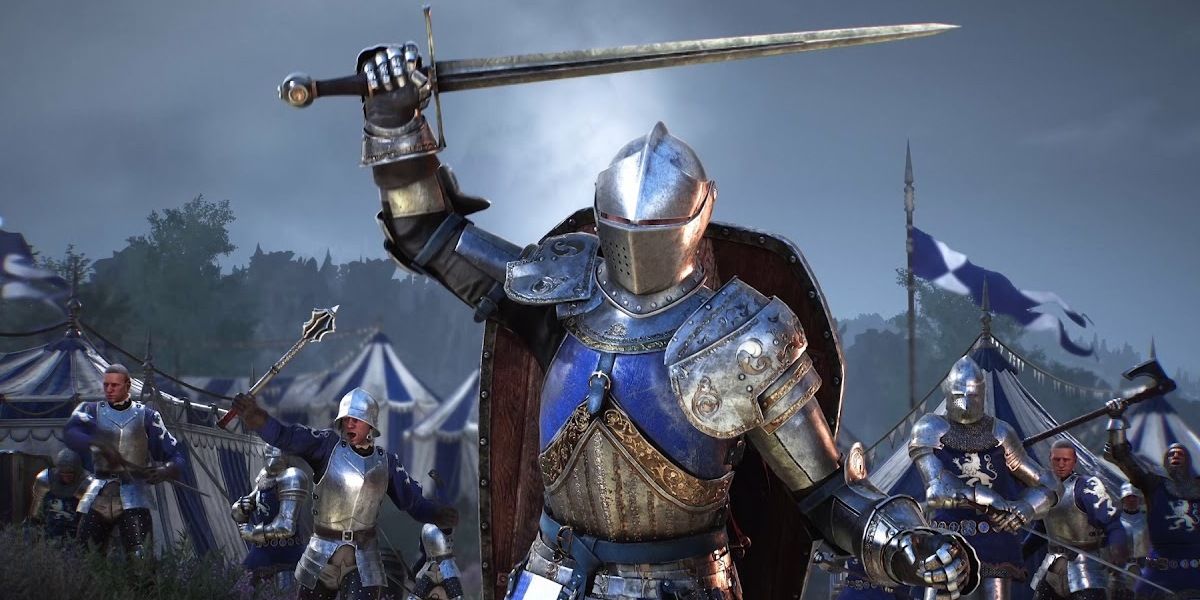 The Knight is arguably the best class as it has max health of 175, a movement speed of 80, and 80 stamina. The extra health allows them to absorb more damage, which is great for those who are still perfecting their dodge and parry.

The other amazing thing about this class is that each subclass charges its ability by taking damage or blocking an attack. If you want to be at the forefront of the battle then the Knight class is for you and it is part of what makes it more historically accurate than Assassin’s Creed Valhalla.

However, this class doesn’t come without its downsides as they can be quite slow and your stamina is constantly drained. It does make up for it though as you can tackle opponents once you reach max speed when rushing an opponent.

The three Knight subclasses are as follows: 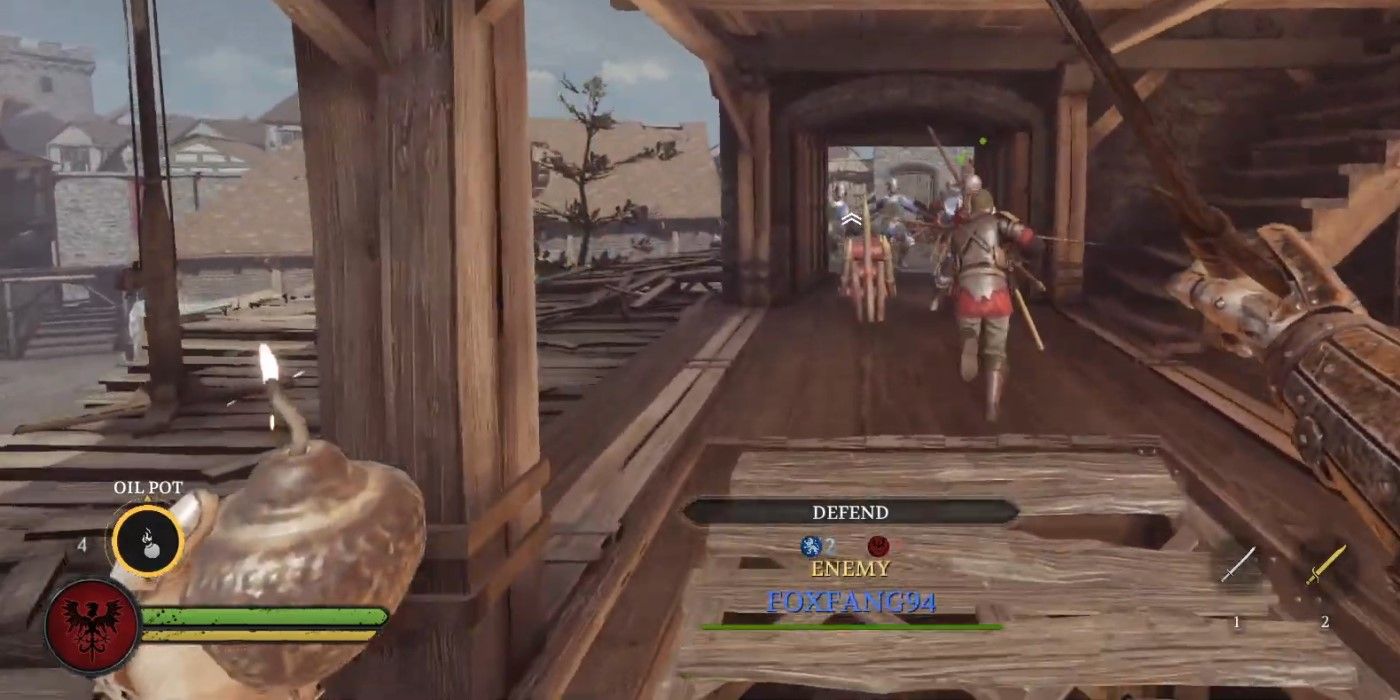 The biggest downfall of the Crusader is the 50% increase to your dash cooldown, but the versatility of this subclass’s weapons is what makes it desirable. You can use two-handed, one-handed, or ranged weapons that will allow you to become any class while still retaining the increase in health.

They are also armed with an oil pot that can be thrown on the ground where it will burst into flames and do a ton of damage to your opponents. Players who like to be on the offensive will want to go with this class as it gives them the versatility to fight a variety of foes, even with their lack of speed. 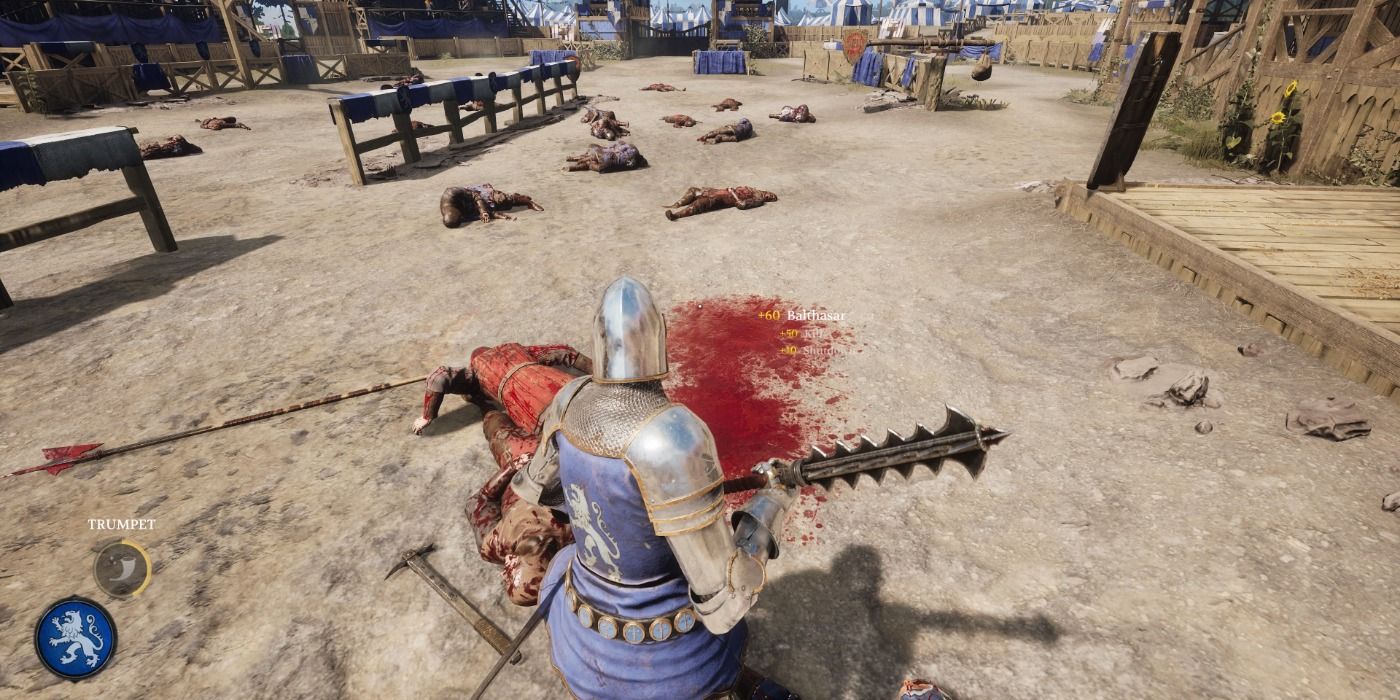 The Officer is another versatile subclass that also suffers from the increased dash cooldown. Some players love the throwing knives that can be used to land the final hit on a tricky opponent.

They also have a trumpet ability that when blown will boost the health regeneration of your allies. It is why this subclass plays more of a support role that sits back rather than taking down enemies at the forefront of the battle. 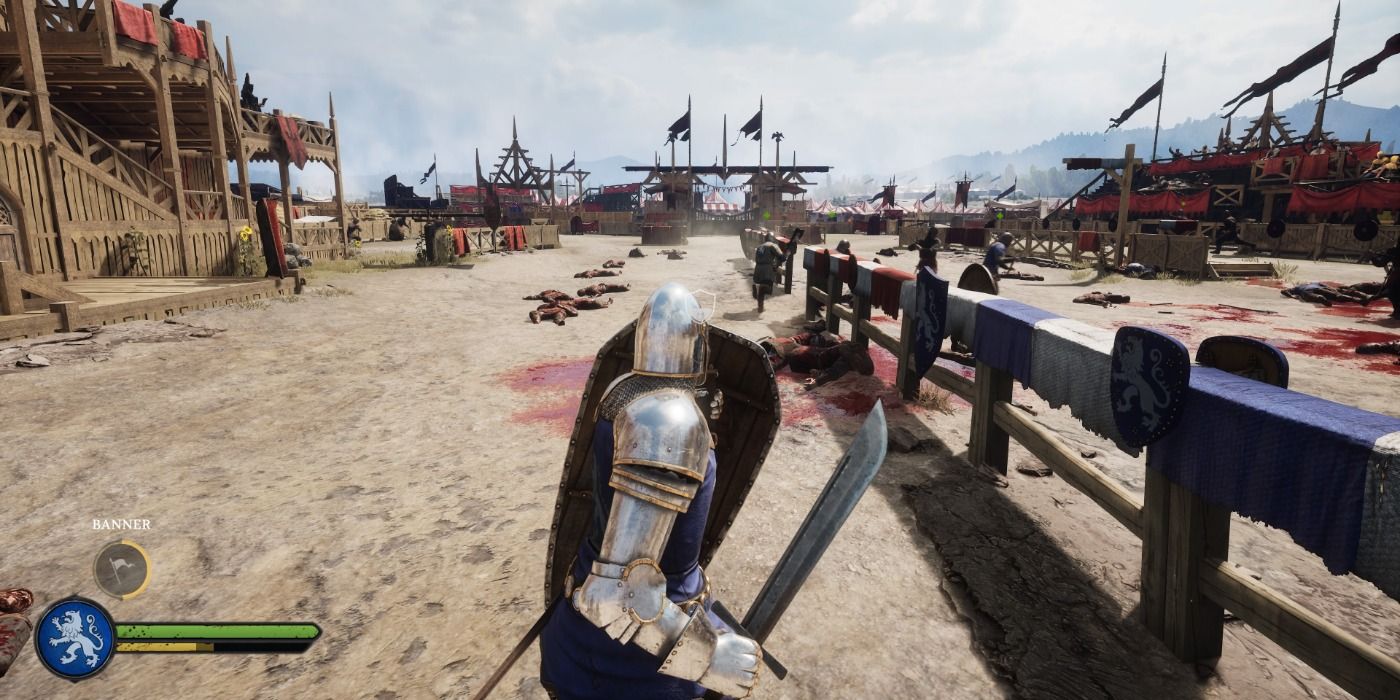 If one-handed weapons are your forte then the Guardian subclass might be for you. They have a shield in the other that offers an extra layer of protection but watch out for your opponent’s kicks.

This also makes it easier to charge their ability, which is a plantable banner that will allow you or your allies within range to slowly heal over time. This subclass has the greatest defenses and it makes you into a literal tank as it will involve a lot of effort for an opponent to take you down. 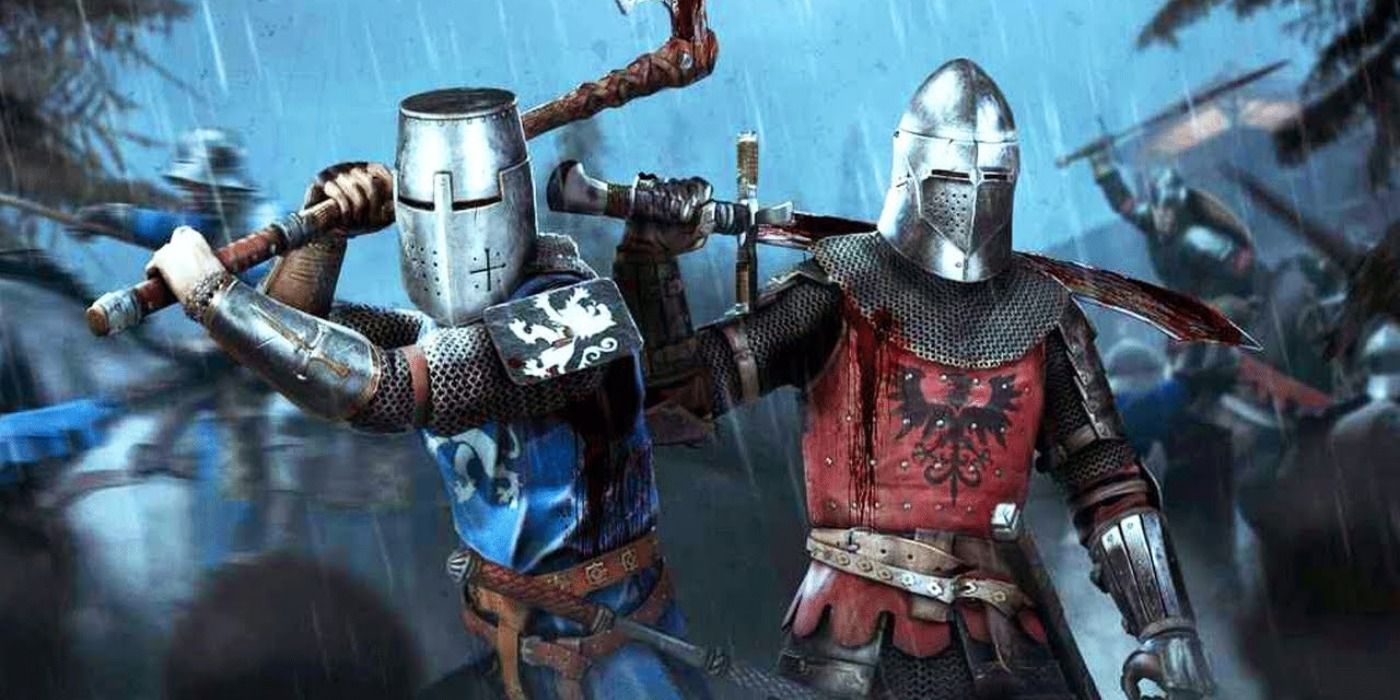 The final class is the Vanguard and they have a max health of 130, a movement speed of 120, and 100 stamina. They are the most agile of all the classes, which can make them difficult to hit if they are being controlled by the right player.

They carry two-handed weapons that deal a ton of damage with a single swing, but the downside of this subclass is its ability. It has a Leaping Strike that deals massive damage, although it is extremely hard to land it.

This is why this class is reserved for skilled players in this medieval strategy game who are able to land the majority of their attacks. However, if you are great at blocking and dodging then you might also consider using this class for your defensive skills.

Here are the three Vanguard subclasses you can choose from: 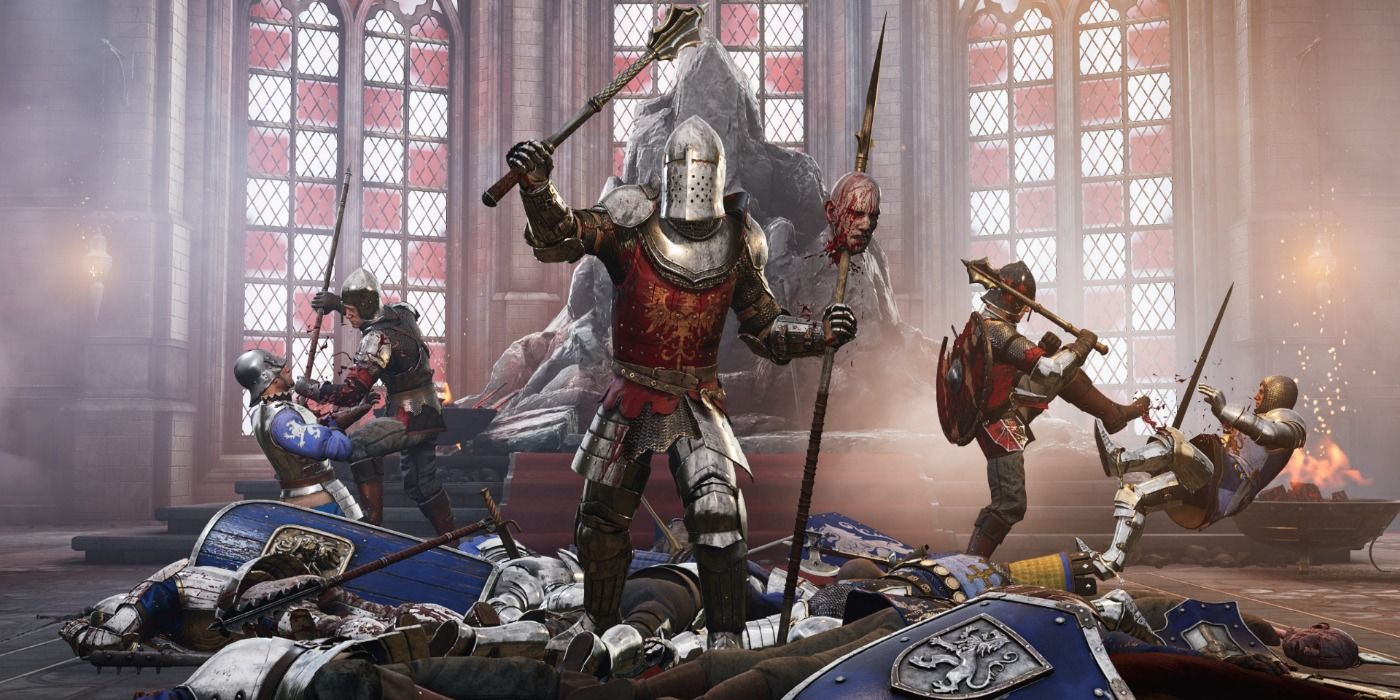 If you can differentiate between the different classes and understand what weapons work best against them, then the Raider subclass is perfect. They are the only subclass capable of equipping two primary weapons, and players often switch between them to deal with different subclasses of opponents.

You are also given a war horn to regenerate your comrades’ health, which makes a Raider more of a support player in this alternative battle royale game. 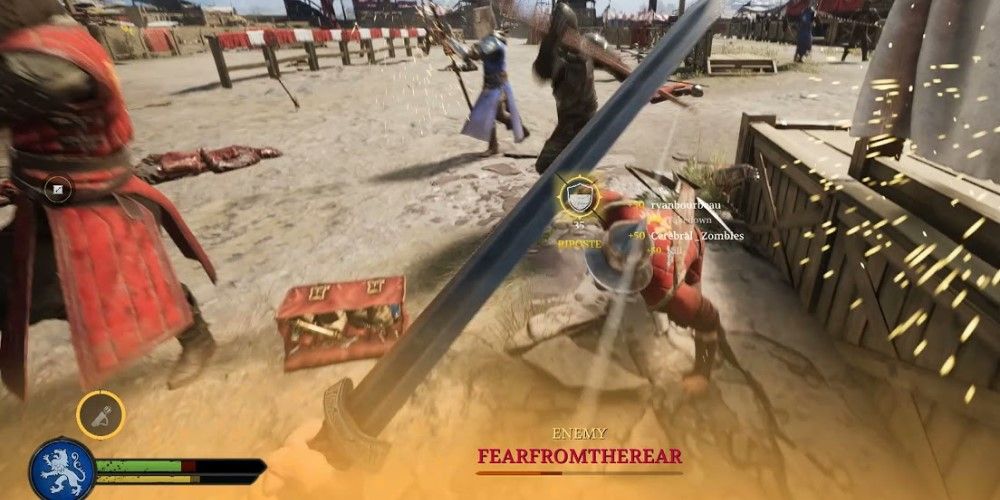 The Ambusher excels at attacking opponents from behind as they will receive a +35% damage bonus for doing so. The weapons they use are low damage, but they do move quickly allowing you to land a few successive hits.

You are also given throwing knives to take down opponents from a distance and an ability that will refill your stores. This is probably the most annoying of all the subclasses as they were made to land a few hits then head off to damage another unsuspecting opponent. 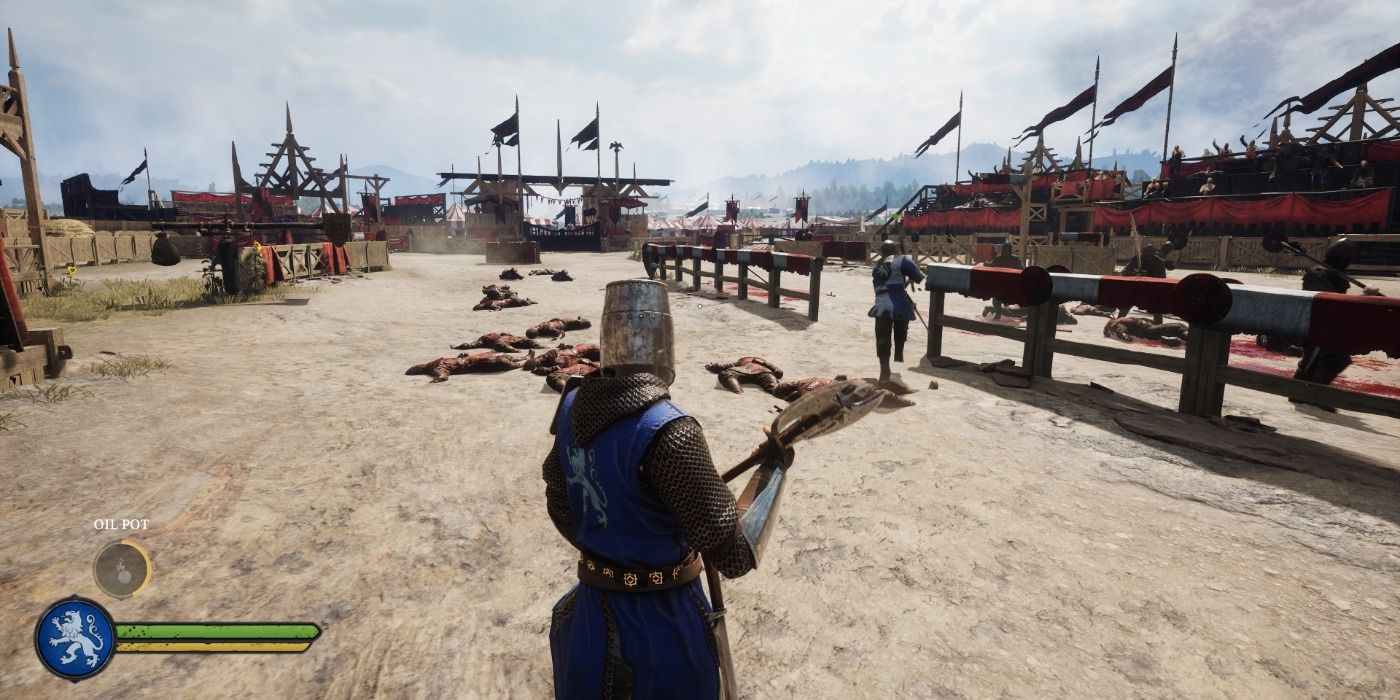 The Devastator has an amazing two-handed primary weapon that blows anything else out of the water. However, the disadvantage of this subclass is its horrible secondary weapon.

It also comes with oil pots and throwable mallets that can help you out if you happen to lose your primary weapon in combat.