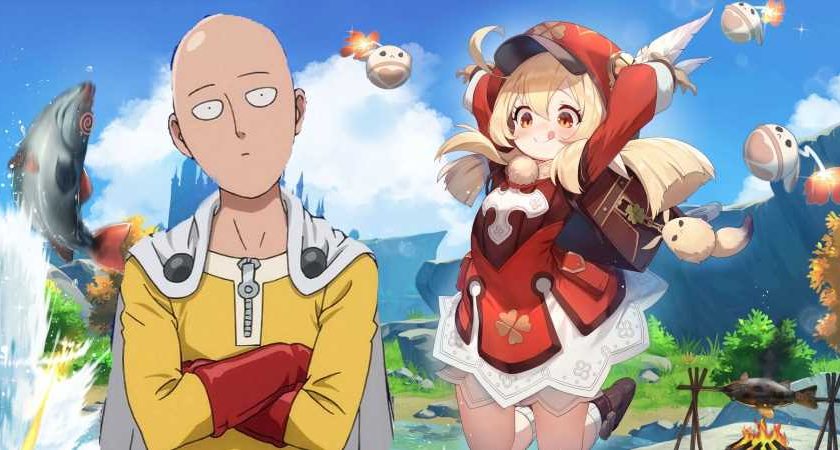 Genshin Impact is currently one of the biggest games on the market. People can’t seem to get enough of the fantastical open-world RPG. Not only is it very profitable, but it has sparked a wave of creativity from its fans. From cosplay to fan art, Genshin’s fans love to show off their talent and passion for the game. One such fan has decided to blend Genshin with another popular series; One Punch Man. The results are pretty amazing!

Reddit user NoaCitaell posted an 11-second video of Genshin’s Klee throwing a bomb into the air. The bomb seamlessly explodes into a title screen for Genshin Impact. The clip consists of Klee doing the same animation twice, each with a different color palette. The colorization and the smooth animation of One Punch Man work surprisingly well for Klee and Genshin.

Many of the comments on the video are filled with praise for how smooth the animation looks. If you were unaware, you would think this is part of Genshin’s very own anime series. Which is what many are arguing for. The smooth animation and the style prove that Genshin and its characters would make for an excellent anime series of their own.

The animation is so cool that many are hoping to mod it into the game to replace the animation. With recent mods being made to insert Bernie Sanders into every game imaginable, I am sure it is only a matter of time before One Punch Man-style animations can be inserted into Genshin Impact. If you are a fan of this kind of mash-up and eager to see more, the creator also made a similar animation for Genshin’s Keqing.

This mashup is clearly something both One Punch Man and Genshin fans enjoy. Many commenters are now requesting their favorite characters from both series being done in a similar mashup from the creator. With One Punch Man being such a popular series, and its entry into the video game world being less-than-stellar, it makes sense that fans are excited to see the anime’s iconic animation being done in such a cool way that shows what a great One Punch Man RPG might look like.