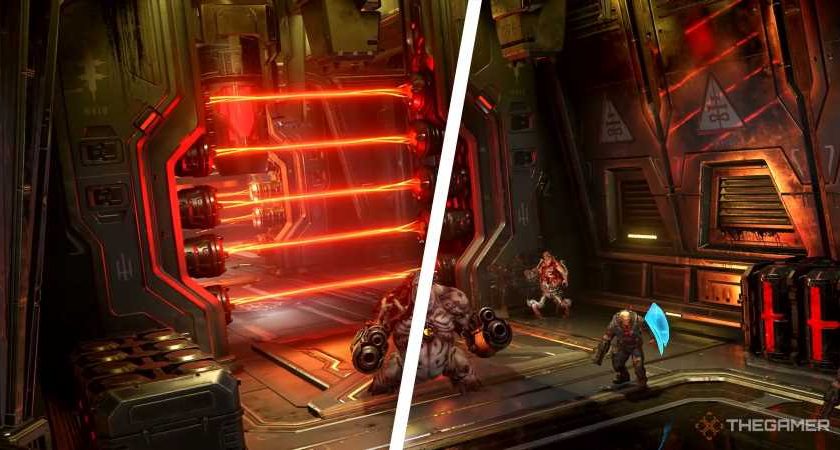 Nvidia has just announced the brand new RTX 3080 Ti, a powerful graphics card that supports ray tracing and DLSS, and to show it off, there’s a slew of game update announcements. Chief among them, Doom Eternal’s ray tracing update.

In a partnership with id Software, Nvidia has uploaded a video of Doom Eternal with RTX 3080 Ti 4k ray tracing gameplay, showing the before and after throughout various levels and moments in the game.

Ray tracing, to put it simply, is the emulation of light. Nvidia puts it, “Ray tracing calculates the color of pixels by tracing the path that light would take if it were to travel from the eye of the viewer through the virtual 3D scene.” In essence, it creates much more realistic visuals and reflections. You can see as much in games like Insomniac’s Spider-Man: Miles Morales with its glass-plated skyscrapers.

However, the footage in the trailer is with DLSS off and so, with that enabled, you can expect even better performance while you run and gun, slaughtering the horde of denizens that have scurried from the underworld.

DLSS, to explain, stands for Deep Learning Super Sampling. It’s an AI-based image upscaling technology that Nvidia uses to enhance image quality from the likes of 1440p to simulate 4k without that performance dip. It can improve FPS upward of 75% according to Nvidia. It’s a feature that, alongside the announcement of Doom Eternal’s ray tracing, is coming to Rainbow Six Siege and Red Dead Redemption 2.

If Doom Eternal with ray tracing isn’t enough, though, then you can always play a hallmark id Software title, Quake 2. If you own the game, you can download Quake 2 RTX for free on Steam and experience the classic cornerstone of the FPS genre with the brand new, modern, next-gen lighting technique. It certainly adds a new visual flair to the 90s shooter.