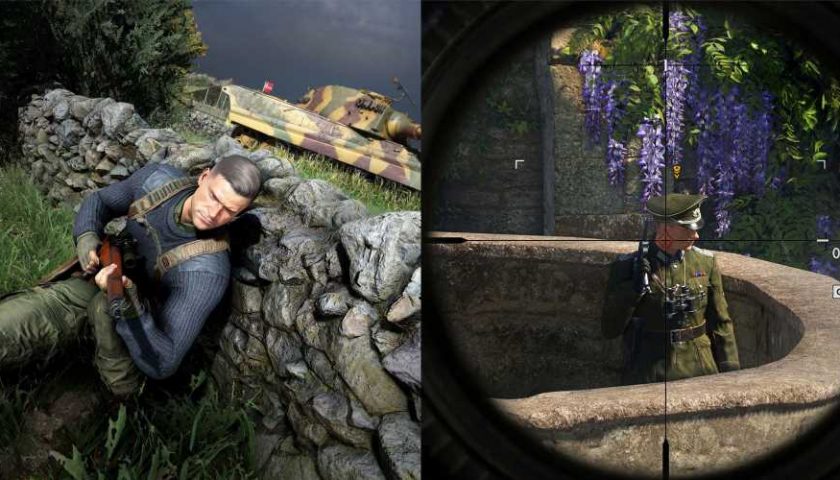 In Sniper Elite 5, Karl Fairburne returns to take out Nazis before they even know what hit them. And if there is one thing the series does well, it is the satisfaction of watching every successful kill he makes with his sniper rifle.

But a great game is more than just a fancy kill cam and some decent gore. So while the latest iteration of the stealth-based tactical shooter is already being touted as the best one in the series by some, we believe that there is still some room for improvement. Here are a few changes that could make playing the game even better than it presently is. 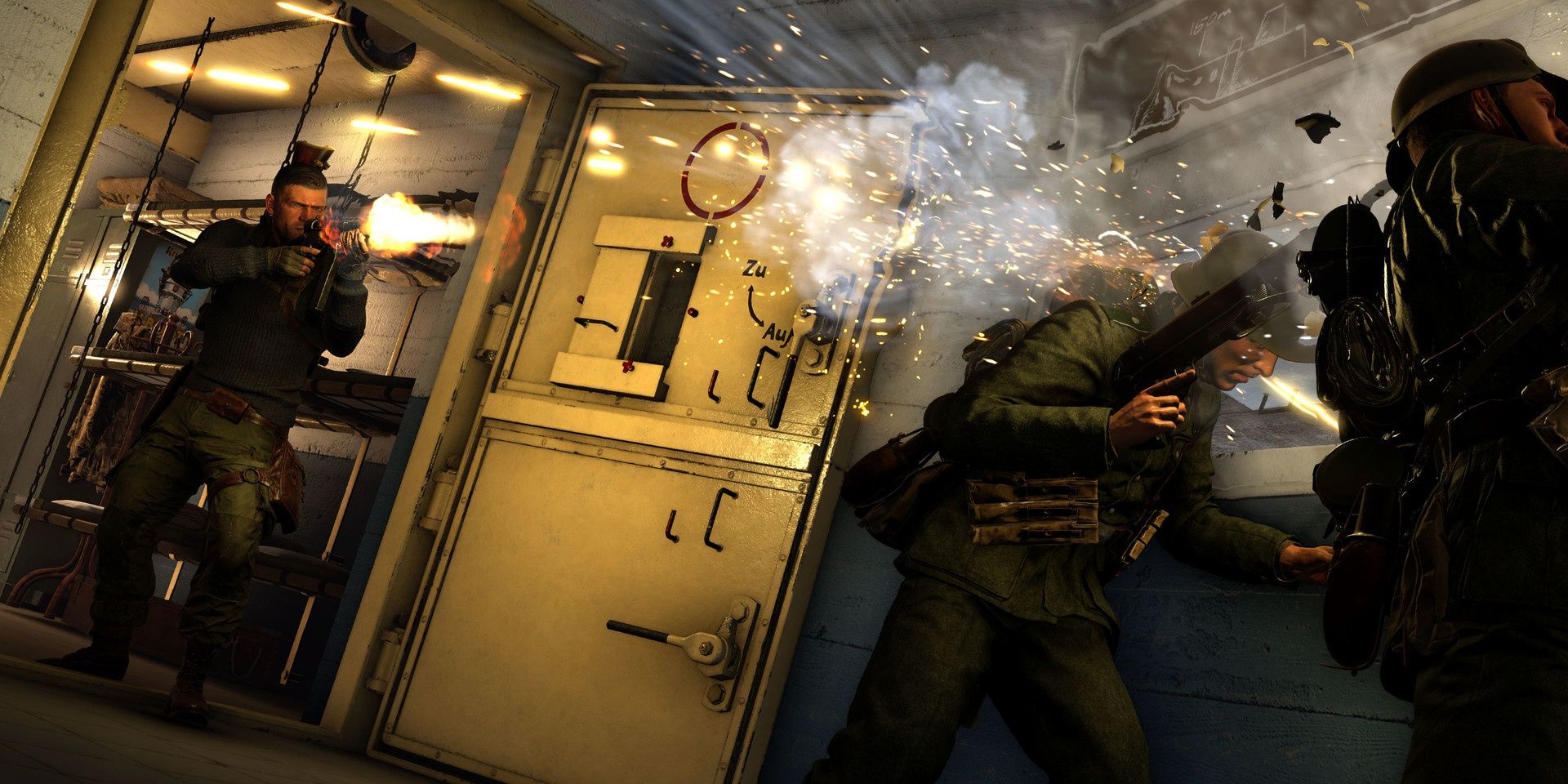 The stories in the Sniper Elite games have never been all that deep or compelling, to be honest. So on that note, the one in Sniper Elite 5 is barely serviceable, acting as more of an excuse to shoot your way through even more Nazi-occupied bases than anything else.

But even the most serviceable of stories start to wear thin after a while. The fact that you could effectively ignore the one in Sniper Elite 5 and simply shoot at anyone wearing a Third Reich uniform without any compromise to the overall experience illustrates that point. Games like Metal Gear Solid have shown us the kind of political intrigue and international conspiracies that could exist in the tactical stealth genre. And while we are not asking for one-hour cutscenes, Sniper Elite 5 sure feels like it could use a little bit of that intrigue. 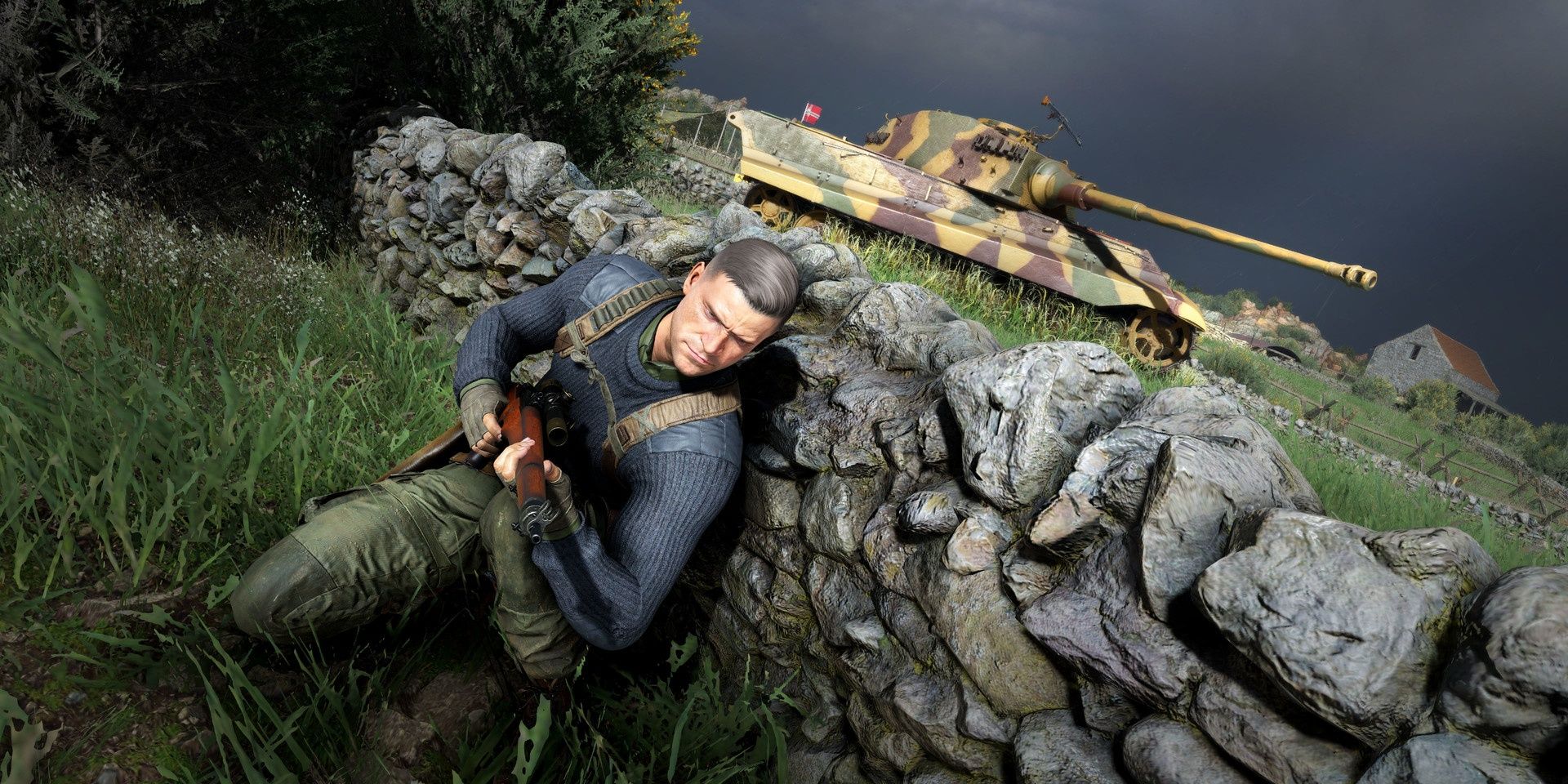 While we are still on the topic of story, another facet of the one in Sniper Elite 5 that could benefit from some sprucing up is the characterization. The villains you encounter are as cookie-cutter as they come, with barely any distinguishing factors beyond "bad guy bad."

The same thing can be said about the series protagonist, Karl Fairburne, who shows none of the world-weariness you might expect from a veteran sniper in the midst of one of the bloodiest wars in history. He lacks much of the nuance and charisma that defined the likes of Sam Fisher or Agent 47 in their respective games, making him feel like nothing more than a surrogate for players. And none of that is helped by the voice acting in Sniper Elite 5, which only serves to highlight the story's already glaring shortcomings. 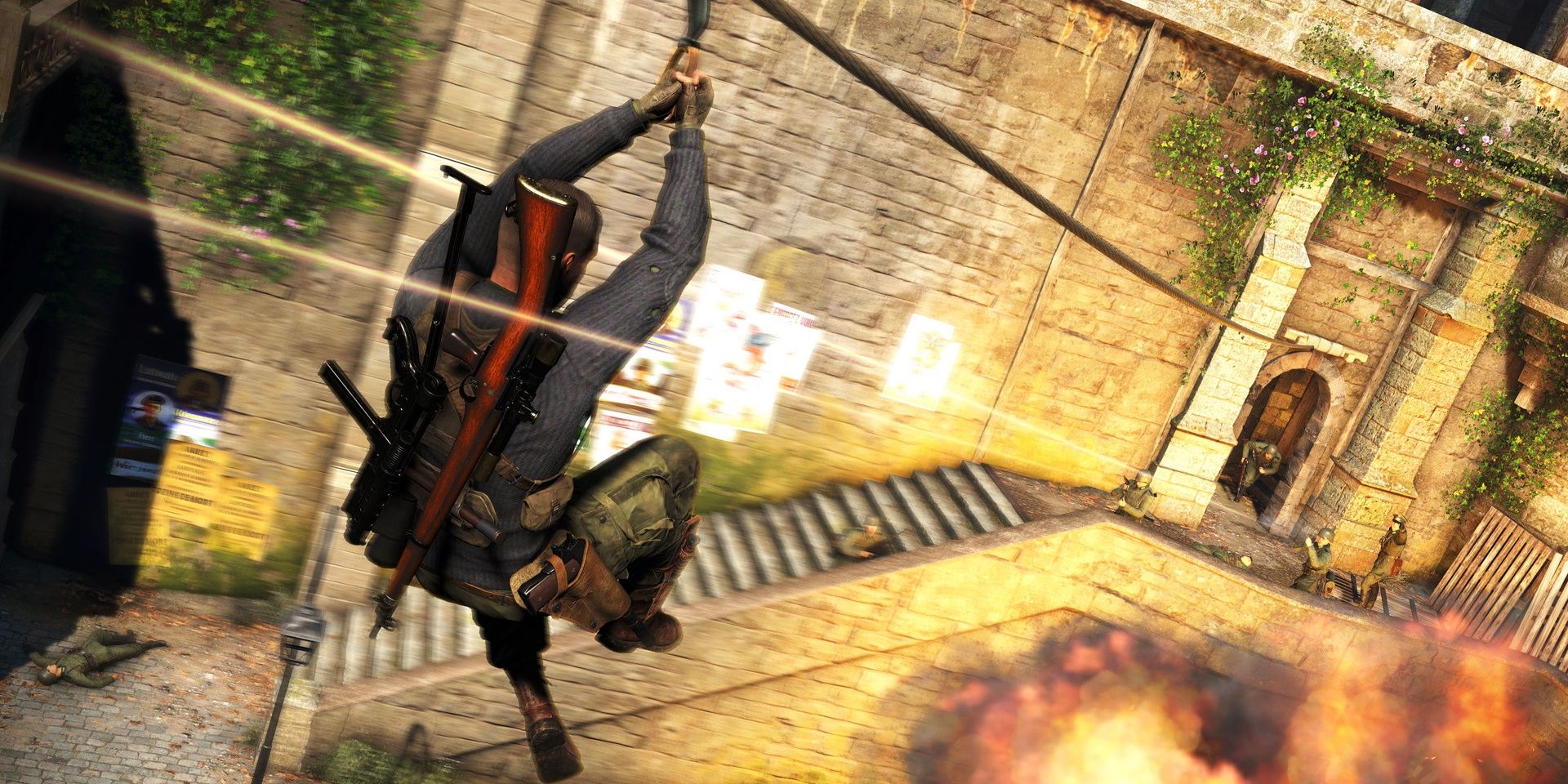 On a technical level, Sniper Elite 5 doesn't appear to be pushing the boundaries of rendering technology in order to bring its massive sandboxes to life. That said, the game still manages to look fairly decent for what it is trying to accomplish.

However, the illusion is frequently broken by some notable bugs and glitches that point to an overall lack of polish. There are plenty of invisible walls where it feels like there shouldn't be any, or instances when your weapons suddenly fail to reload or register successful hits. Some of that can be fixed by resetting the game, thankfully, but it is still very much an inconvenience in what should otherwise be a seamless sandbox experience. 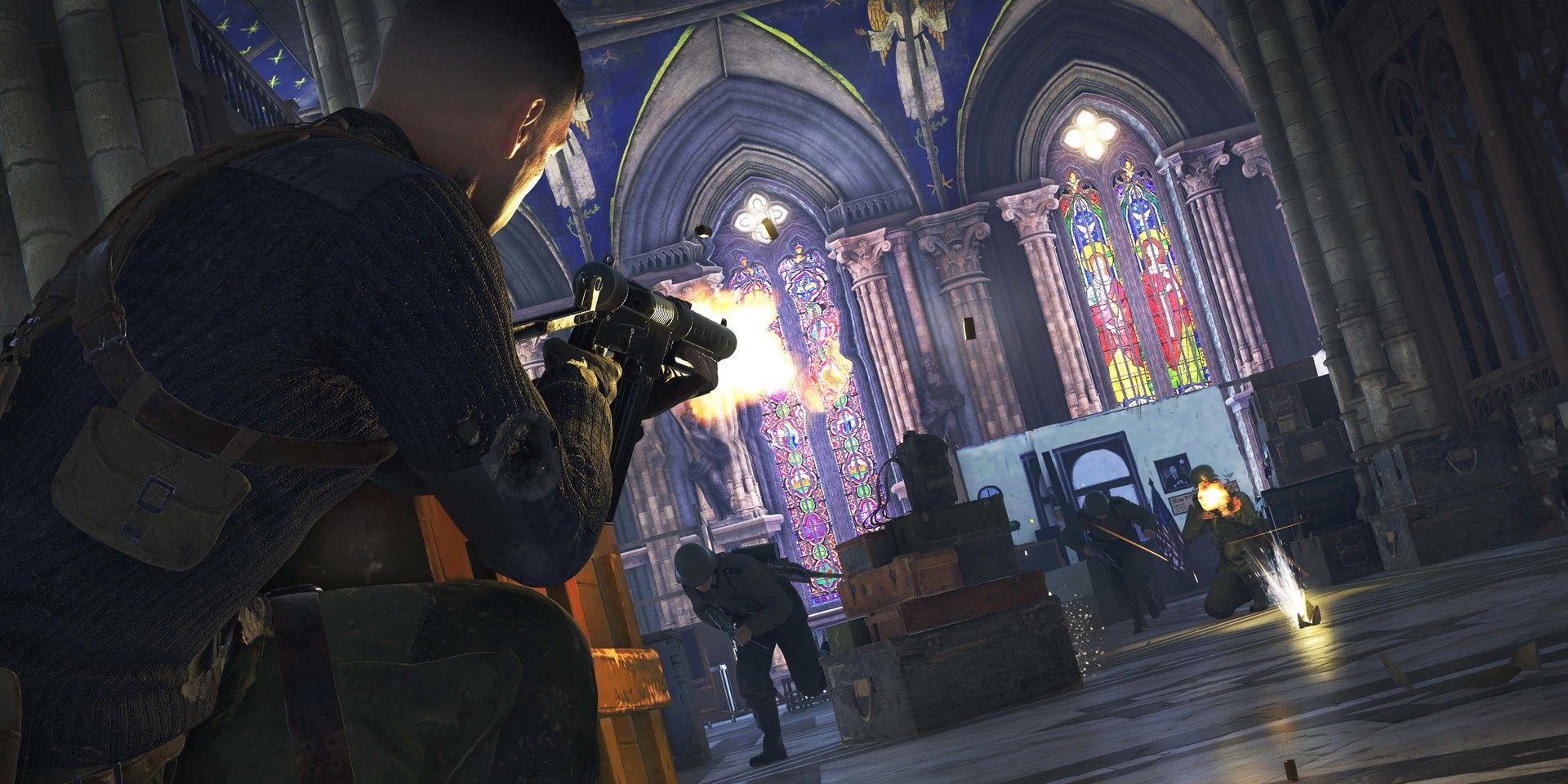 Speaking of bugs and glitches, the enemies in Sniper Elite 5 aren't exactly the brightest bulbs in the box. You'll frequently find them alternating between a normal and alert state without any noticeable provocation. And when they do manage to pinpoint your position, they simply beeline towards you, making it easy to pick them off one by one.

This is a far cry from the AI in other stealth games like Splinter Cell, where enemies typically work together to flank you, even making great use of cover and grenades. The ones in Sniper Elite 5 feel like they belong in a game from at least two generations ago by comparison. 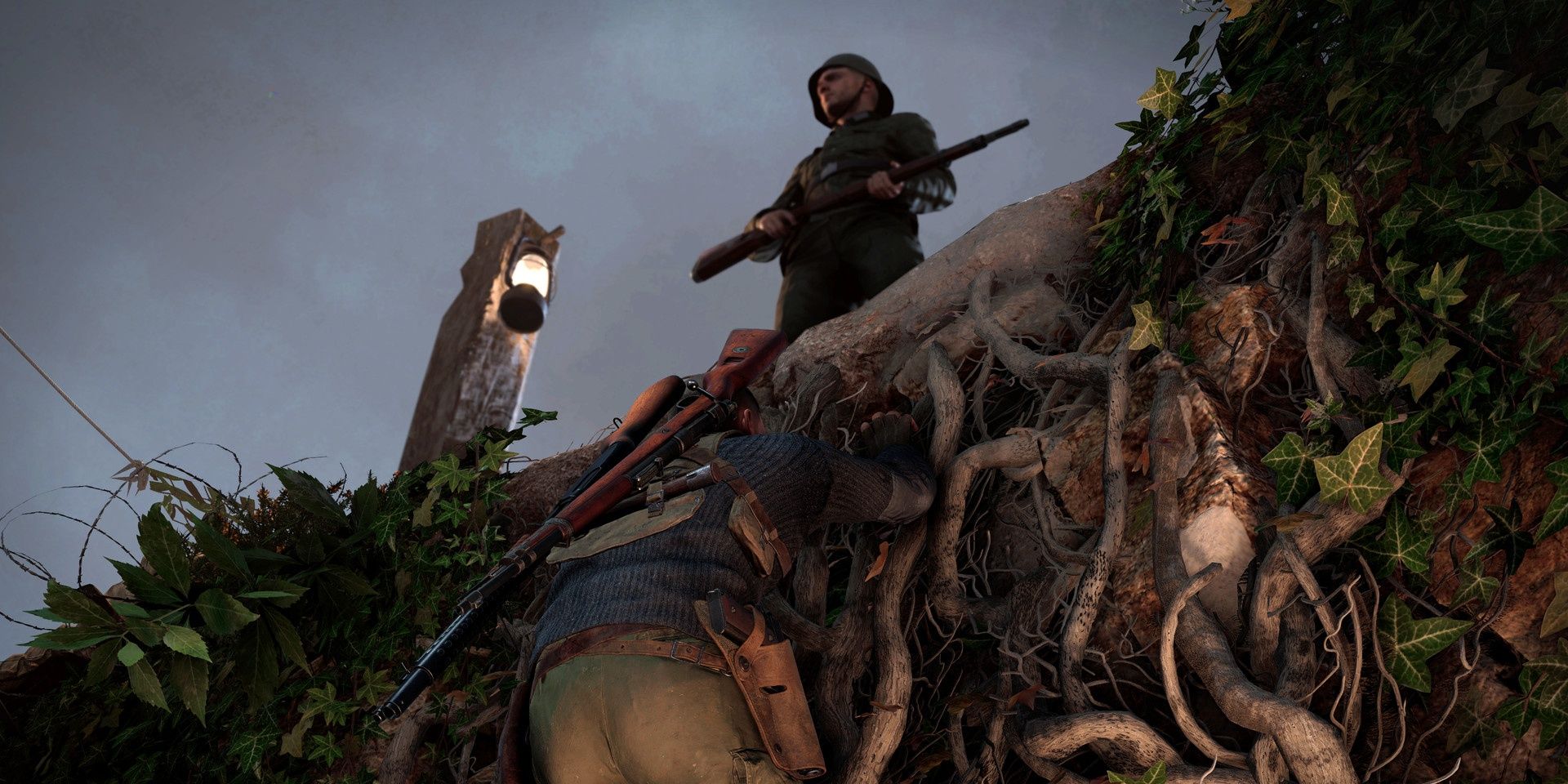 Over the course of the Sniper Elite series, Karl Fairburne has grown to be quite nimble with the ability to hang from ledges and perform stealth takedowns that rival the moves of some of his contemporaries. And the same remains true in Sniper Elite 5, as you are presented with multiple ways to reach and eliminate targets.

The problem here though is that not all of those ways look or play as seamlessly as you might hope, which makes performing takedowns feel sluggish and cumbersome. This is mainly down to the controls and how Fairburne himself is animated in response to player input. Neither feels particularly snappy, at least compared to similar games in the genre. 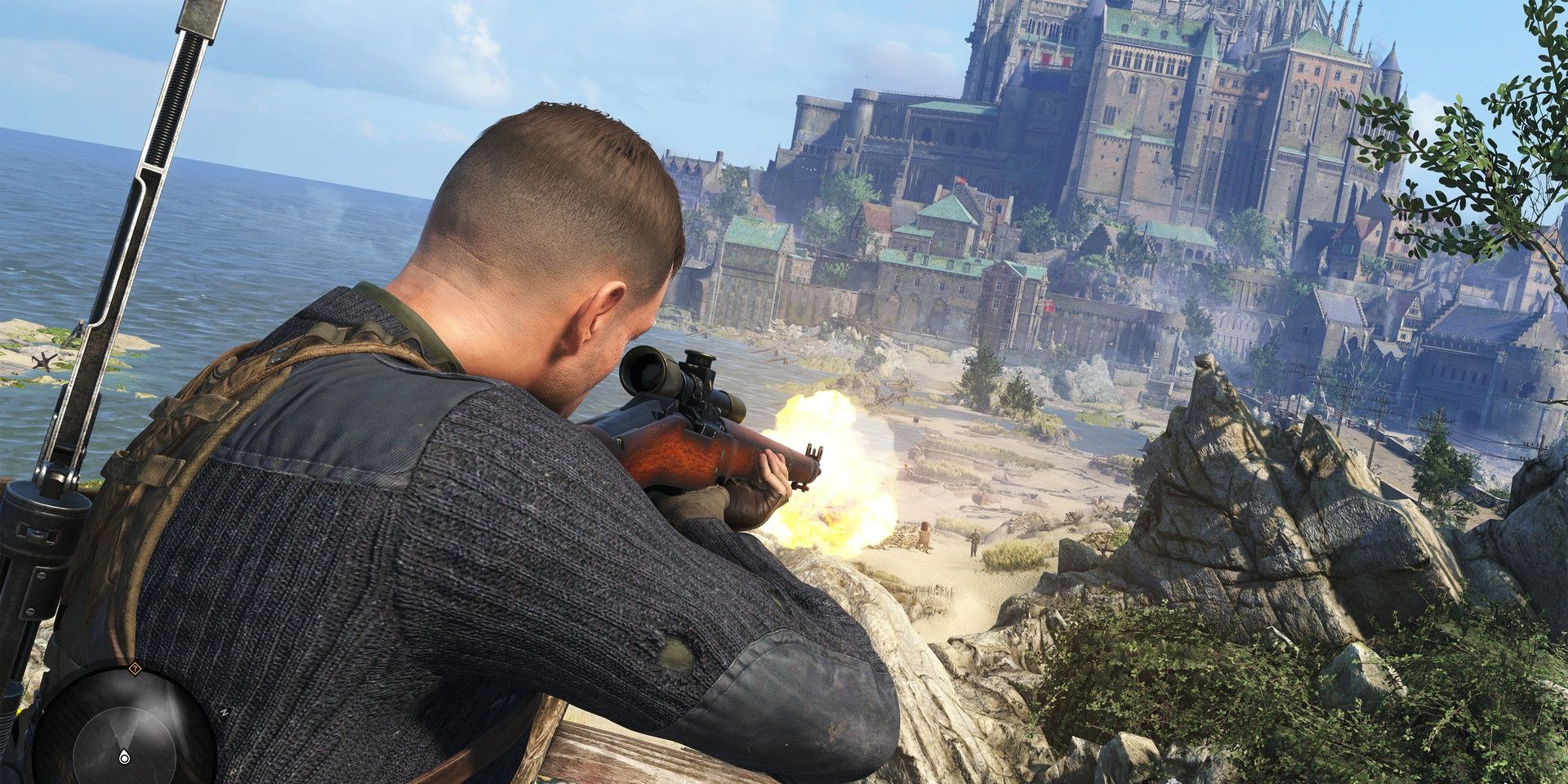 One glance at the system requirements for Sniper Elite 5 on its Steam page would lead you to believe that the game should have no trouble running on any fairly decent gaming rig from within the past three years or so. Except that is not the case for computers that seem to match or even exceed the recommended specifications.

The game can be quite GPU intensive, especially if you are trying to run it at the highest possible settings, so be prepared to dial back some of those settings if your rig isn't rocking a high-end graphics card. Otherwise, you'll have to deal with frame rate drops and other performance-related hiccups, which will impact your overall experience. There are some workarounds available for some of these issues for those that happen to know where to look but it is still a shame to see the game ship in such an unoptimized state in the first place.