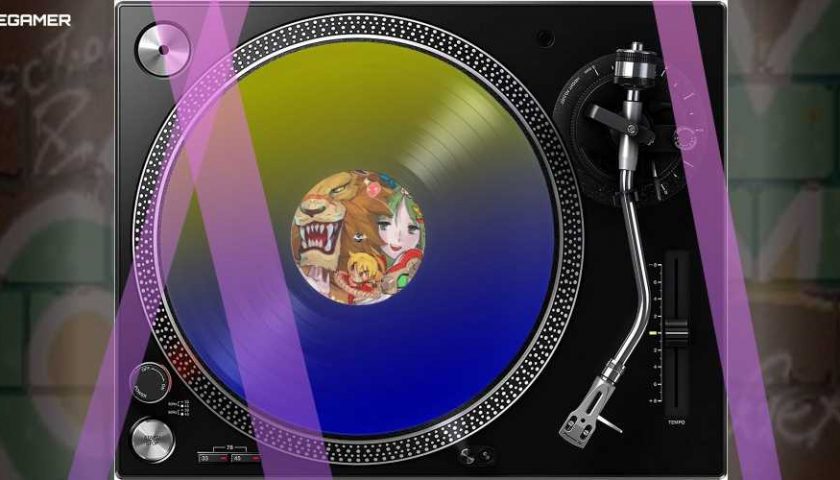 Capcom Fighting Collection is any retro gamer's dream come true. After all, the compilation faithfully emulates ten classics straight from the arcade while providing quality of life updates to make them accessible to a new generation. However, CFC does more than repackage these titles. They make them feel new again.

The collection's stellar soundtrack is one of the best examples of how Capcom honors, revisits and reimagines its fighting game past. This music album, exclusive to pre-orders and early game purchases, includes remixes by Capcom's internal band, Cap-Jams, and other notable producers and DJs like Matt Cab, Olive Oil, Knxwledge, Mndsgn, and KEIZOmachine! After listening to these new tracks, we noted ten jams that deserve a listen.

10 Those who Show The Way: RED EARTH CAP-JAMS ver. 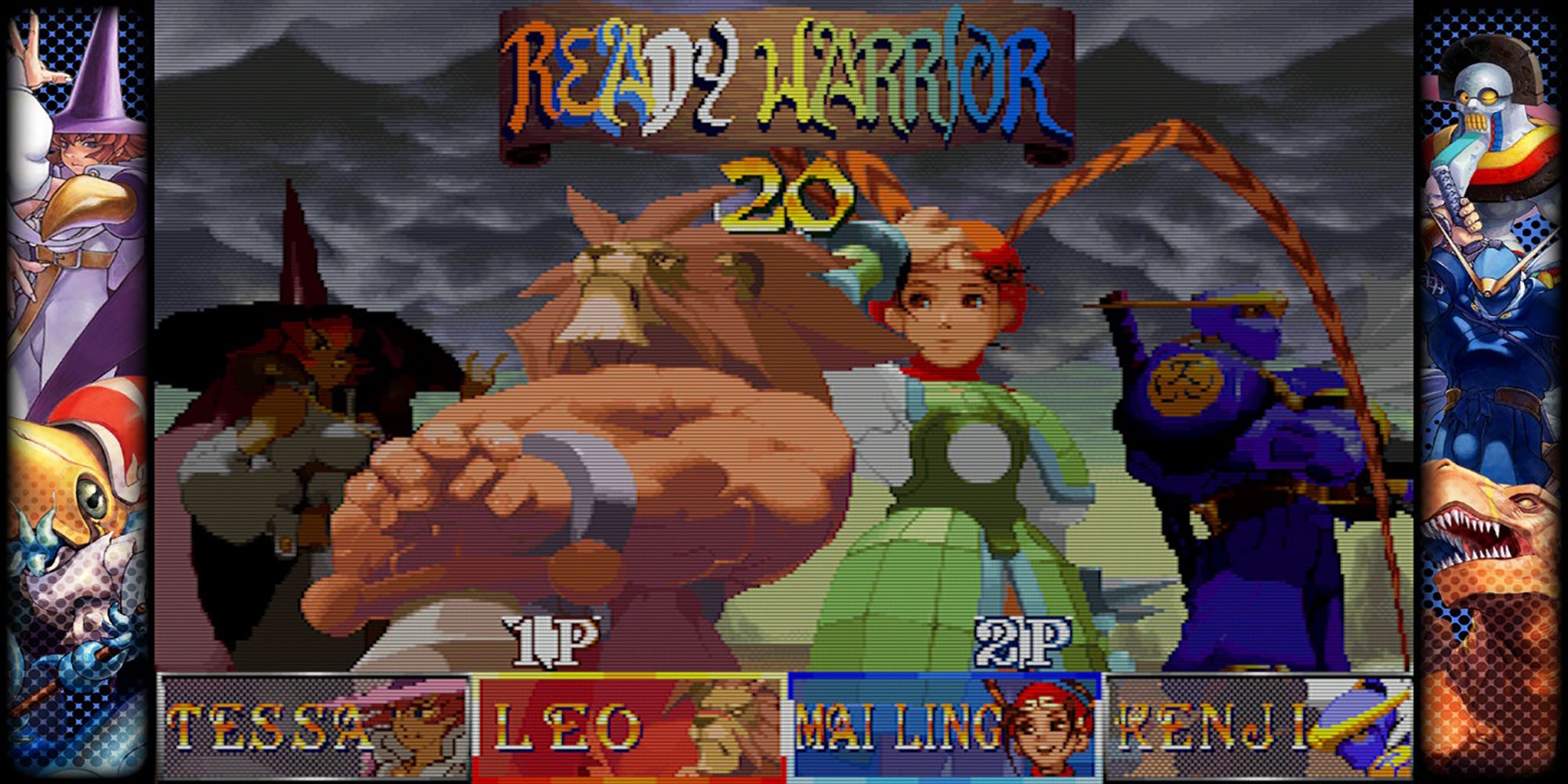 However, besides the song's earworm of a melody, this Cap-Jams remix almost sounds like an entirely new piece of music. And we say that as a huge compliment! The original tune is a short musical theme lasting about thirty seconds. Yet Cap-Jams's remix extends this piece into a three-minute jam, transforming this heroic march into a sleek jazz number with plenty of variation, including a fun bossa nova section. That kind of creativity deserves recognition! 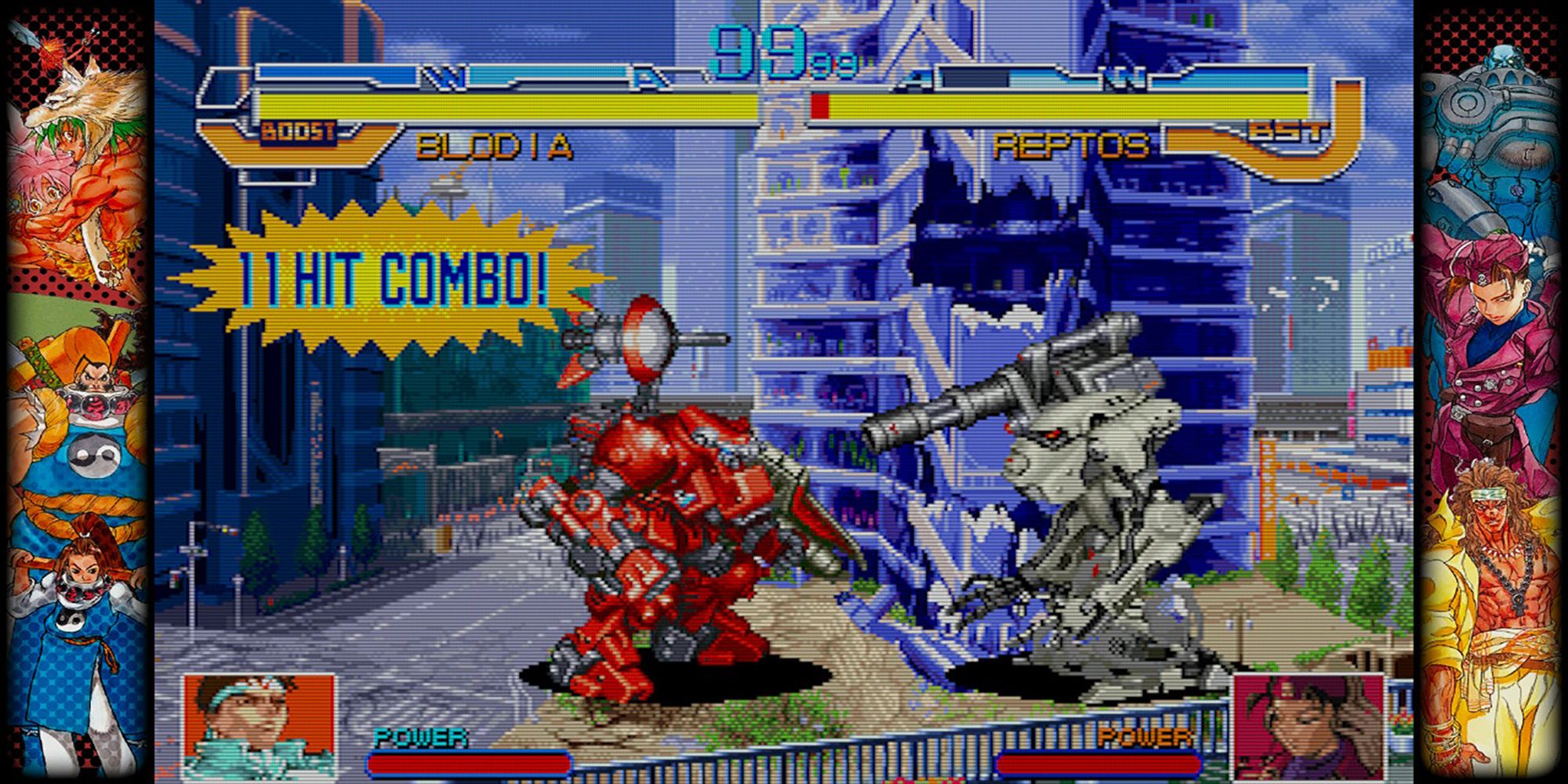 Suppose you're a fan of Capcom's early Marvel fighters, such as X-Men Vs. Street Fighter and the first Marvel Vs. Capcom. In this case, the original Megalopolis theme from Cyberbots is up your alley. This action-packed 90s-arcade bop has a synthesized rock sound that will have you double-taking for a glance of Captain America and his charging star attack.

Cap-Jam's reimagining of the Megalopolis theme updates it for the twenty-first century. You'll first notice the heavy rock influence in this remix. There are raging guitar riffs, hyper-speed drumlines, and a badass "House Of The Rising Sun" moment. If you placed this track in a Guilty Gear game, it would make a perfect fit. However, including a futuristic synth helps keep this tune faithful to its game's high-tech cybernetic future setting. 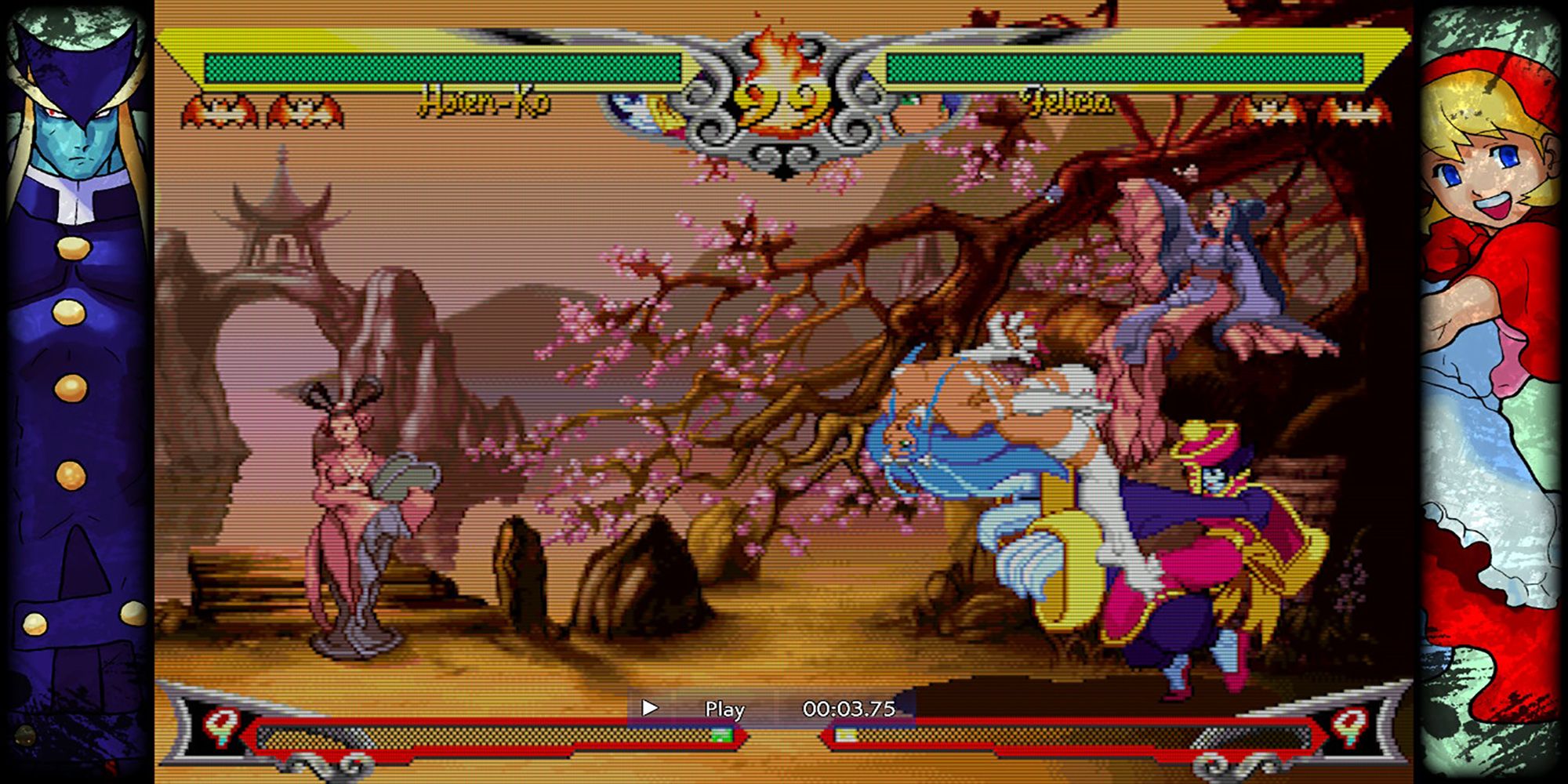 Capcom Fighting Collection's soundtrack features plenty of contrasts between high-energy bangers and relaxed bops. So, while you'll come across heavy rock tracks like the MEGALOPOLIS Cap-Jam remix, you'll also have the pleasure of winding down with the chill vibes produced by tracks like KEIZOmachine!'s VMP HAPPY GATHERING.

What we like about this track is that, in an album of instrumental music, VMP HAPPY GATHERING is the only CFC track with sung vocals. Granted, these are ornamental samples not connected to lyrics. Still, it adds a texture that stands out against the rest of the CFC soundtrack. Furthermore, these vocals feed into a more prominent feeling of joy in this tune. 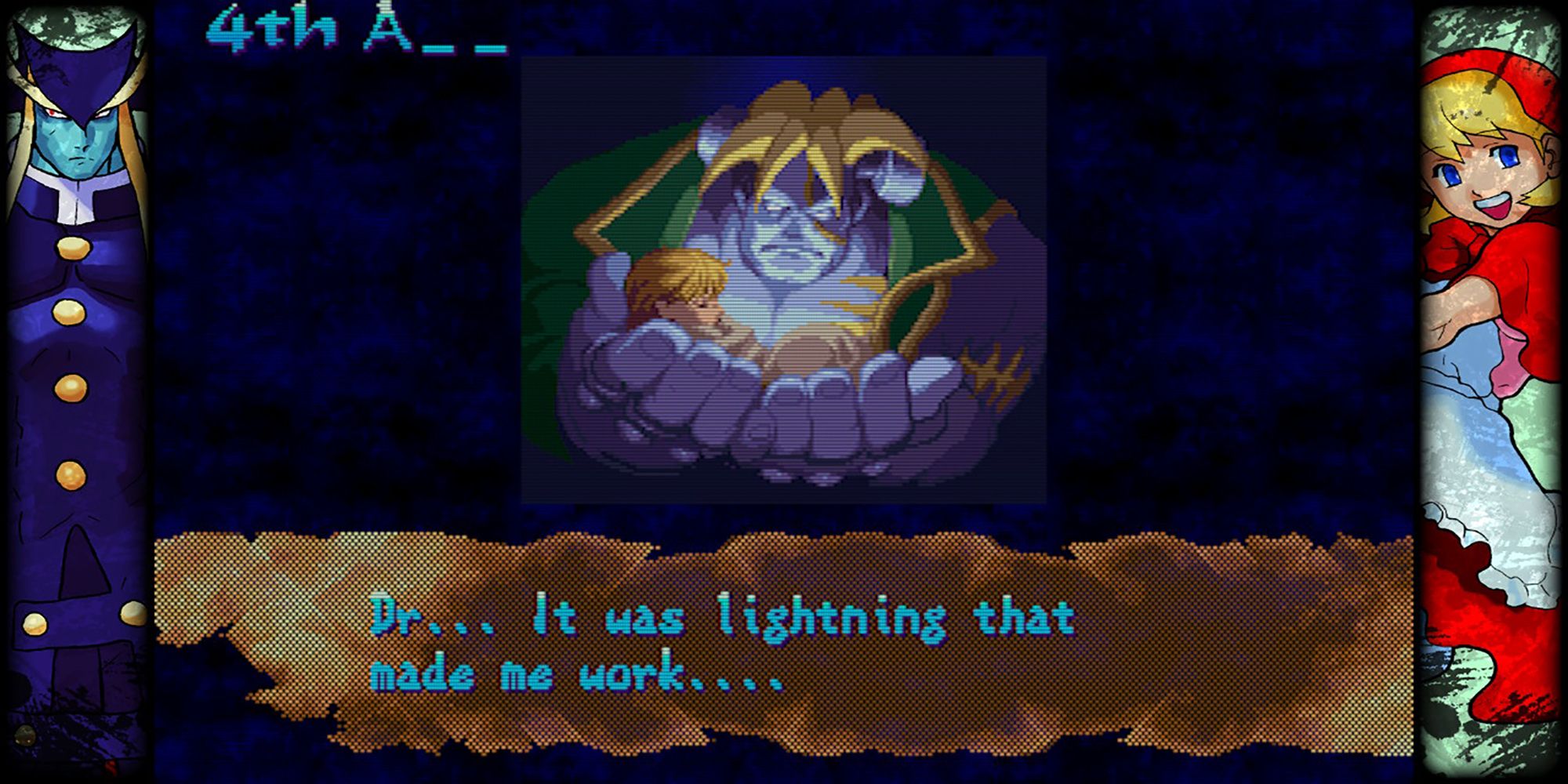 In a soundtrack that features plenty of high-tempo, action-oriented tracks, Knxwledge's None is a standout for its tone. Instead, this is a lo-fi bop that feels introspective, with a deep sense of longing. You could imagine this track fitting into an intense story-driven moment from one of the collection's games.

Even more impressive is Knxwledge's use of classic electronic instrumentation to express the emotion in this track. For instance, you'll likely recognize the MIDI horns used in plenty of Capcom's arcade titles. Yet this use of retro sound does not feel campy but grounded and genuine. 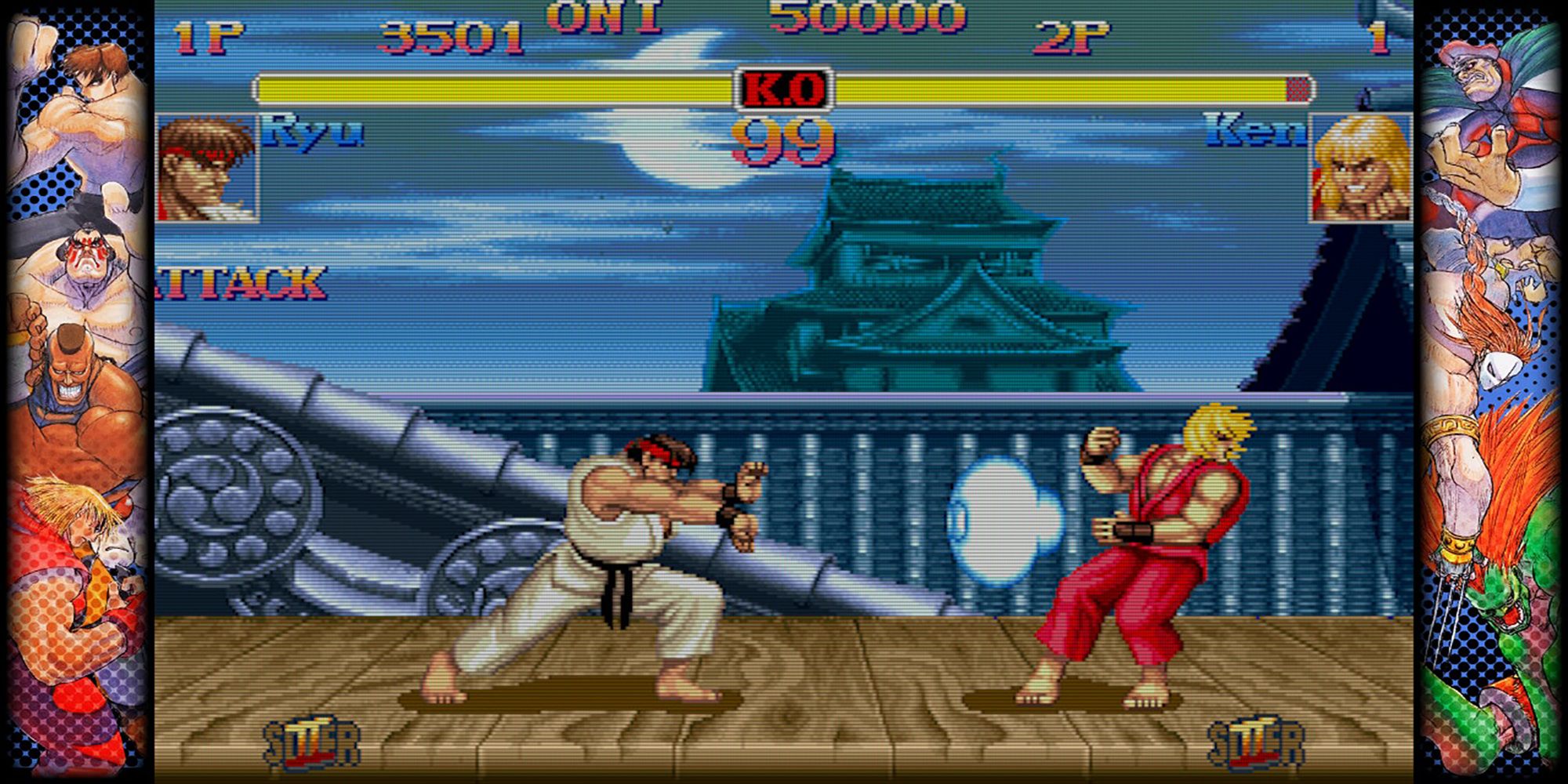 Regarding fan-favorite Street Fighter themes, two heavy-hitters come to mind: Ryu and Guile. So, what if we told you that CFC included a newly remixed medley with both songs? Then, what if we told you that the track added Dhalsim's theme for good measure? That's the crowd-pleasing allure of Matt Cab's HADOUKEN, a beautiful love letter to Street Fighter 2.

The soundbites accompanying each movement of this lo-fi bop are like Tiger Uppercuts of nostalgia. You'll hear Chun-li's lightning kick exclamations, Guile's "Sonic Boom" in iconic Pennsylvanian drawl, and, of course, Ryu's screams of "HADOUKEN!" However, Matt Cab's EDM and hip-hop influences tie every piece of gaming nostalgia together flawlessly. 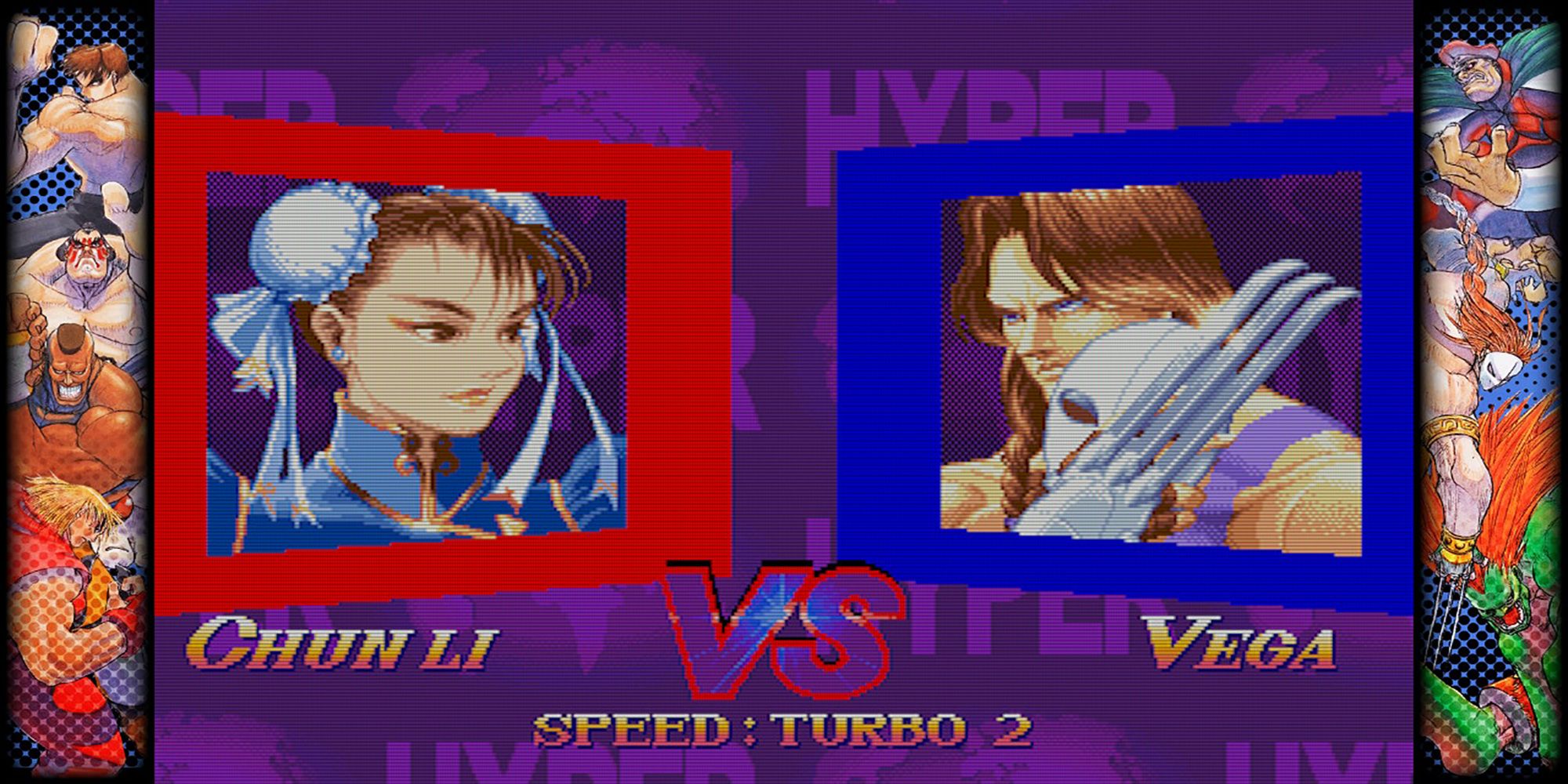 Mndsgn's Skrrtfightr adds another unique musical style to Capcom Fighting Collection. In this case, the style is much more sensual. There's a lo-fi funk/R+B flavor that makes this song feel very smooth! All that's missing are some sultry vocals from Lizzo.

In contrast to Skrrtfightr's delicate nature are various Street Fighter soundbites throughout the track, primarily those of Chun-li and Vega. Considering Vega's canon predatory behavior toward Chun-li, these choices seem questionable. In turn, they add a layer of discomfort and terror that makes Skrrtfightr a much more menacing tune than it initially lets on. 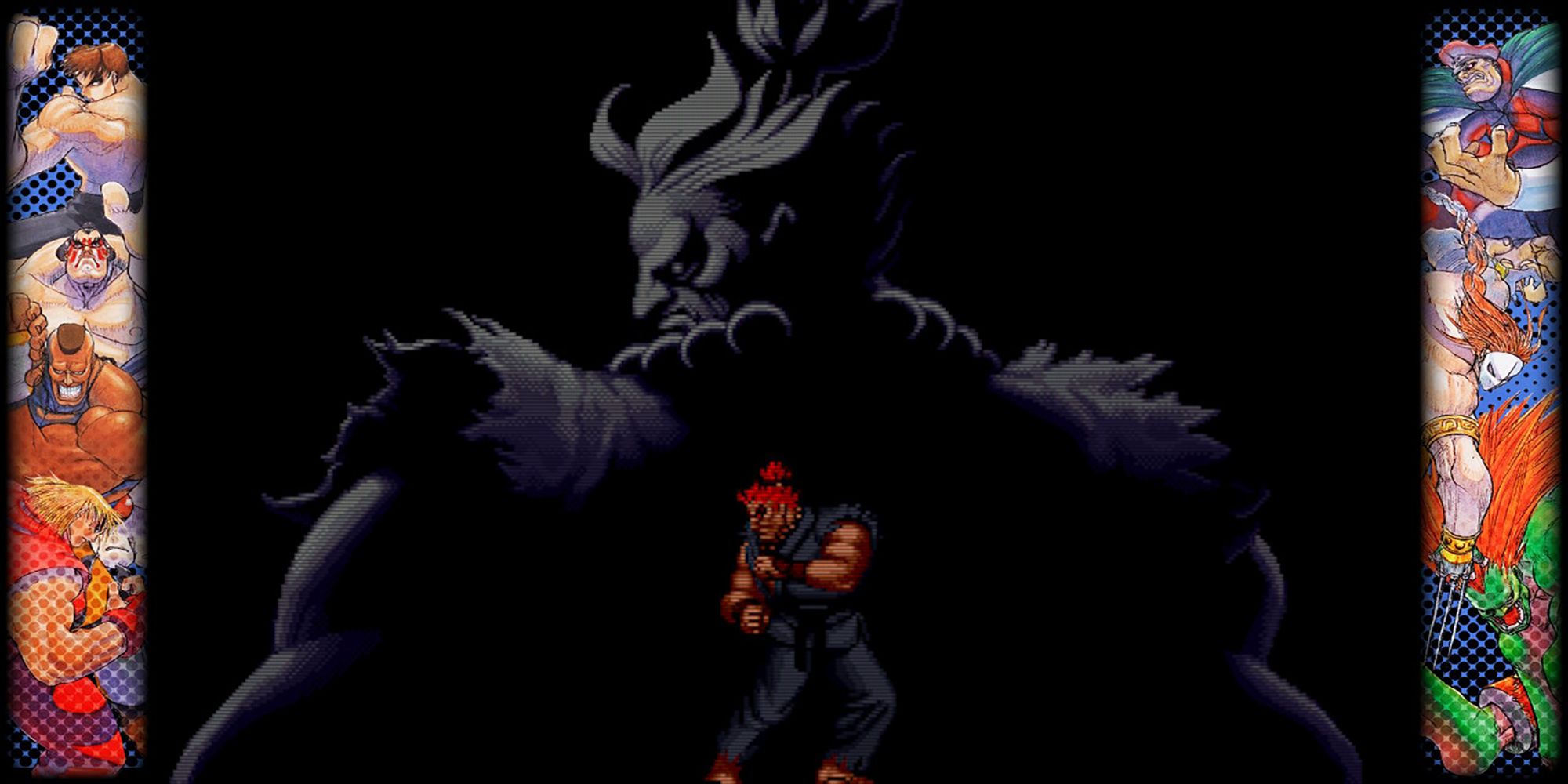 There's nothing more exciting and often infuriating than a fighting game boss battle. And while Akuma is not the first Street Fighter boss in the series, he has become one of the most notable. This demonic villain plays a titular role as an antagonist to Ryu and an embodiment of the darkness that the Satsui no Hado can exhibit. Naturally, therefore, he deserves a theme fitting to his nature.

Akuma's Super Street Fighter 2 Turbo theme was already exhilarating, with a fast pace, minor key, and several Eastern musical ornamentations. However, the Cap-Jams remix of this theme arguably ramps the urgency of an already intense battle. By slowing the tempo down and amplifying its musical themes with electric guitar, Cap-Jams creates something truly epic. We would compare this remix's monumental tone to another classic battle theme, I'll Face Myself, from Persona 4. 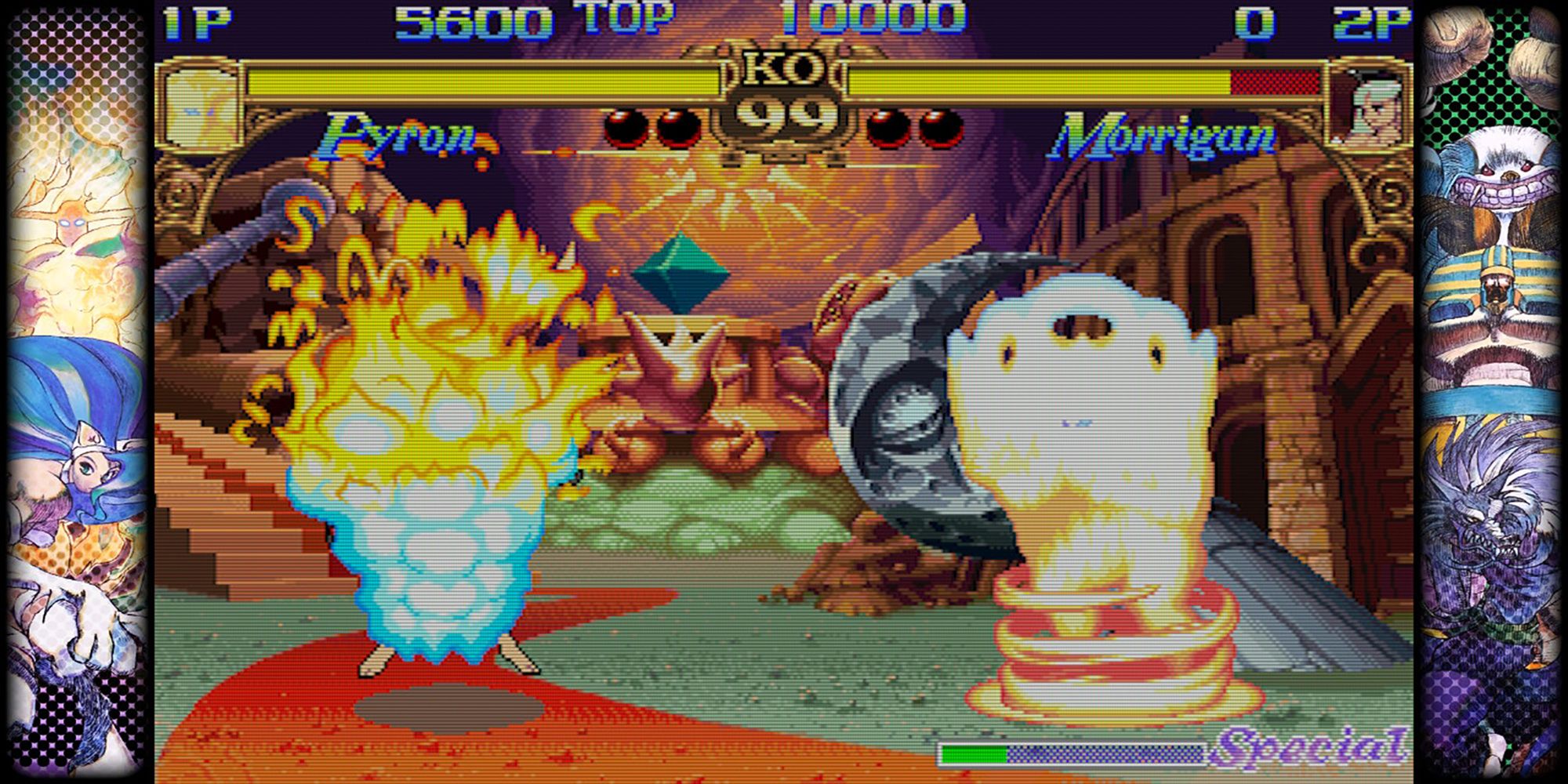 Another memorable boss from Capcom's fighting game catalog is Pyron, a flame-engulfed alien hungry for war. This villain is so terrible that he hails from a planet known as Hellstorm. However, his original theme, while good, does not fully measure up to his ferocity. On the contrary, Pyron's theme reflects the 90's dance music popular during this period.

Luckily, Cap-Jams's new take on this track significantly beefs up its inspiration to create a death march befitting the terrifying science fiction warlord. This reintroduction to Pyron begins with a faint, eerie violin intro. Then, the song dives deep into heavy metal, with a screaming guitar, a dark baseline, and a drum section that feels like a devilish chant.

Not every song in CFC's new music catalog needed a revival. For instance, while we love the remix, Akuma's original theme still honors the gravity of his boss battle. But Pyron's Cap-Jams remix finally gives this boss battle the dramatic tone that comes with defending the future of an entire planet. 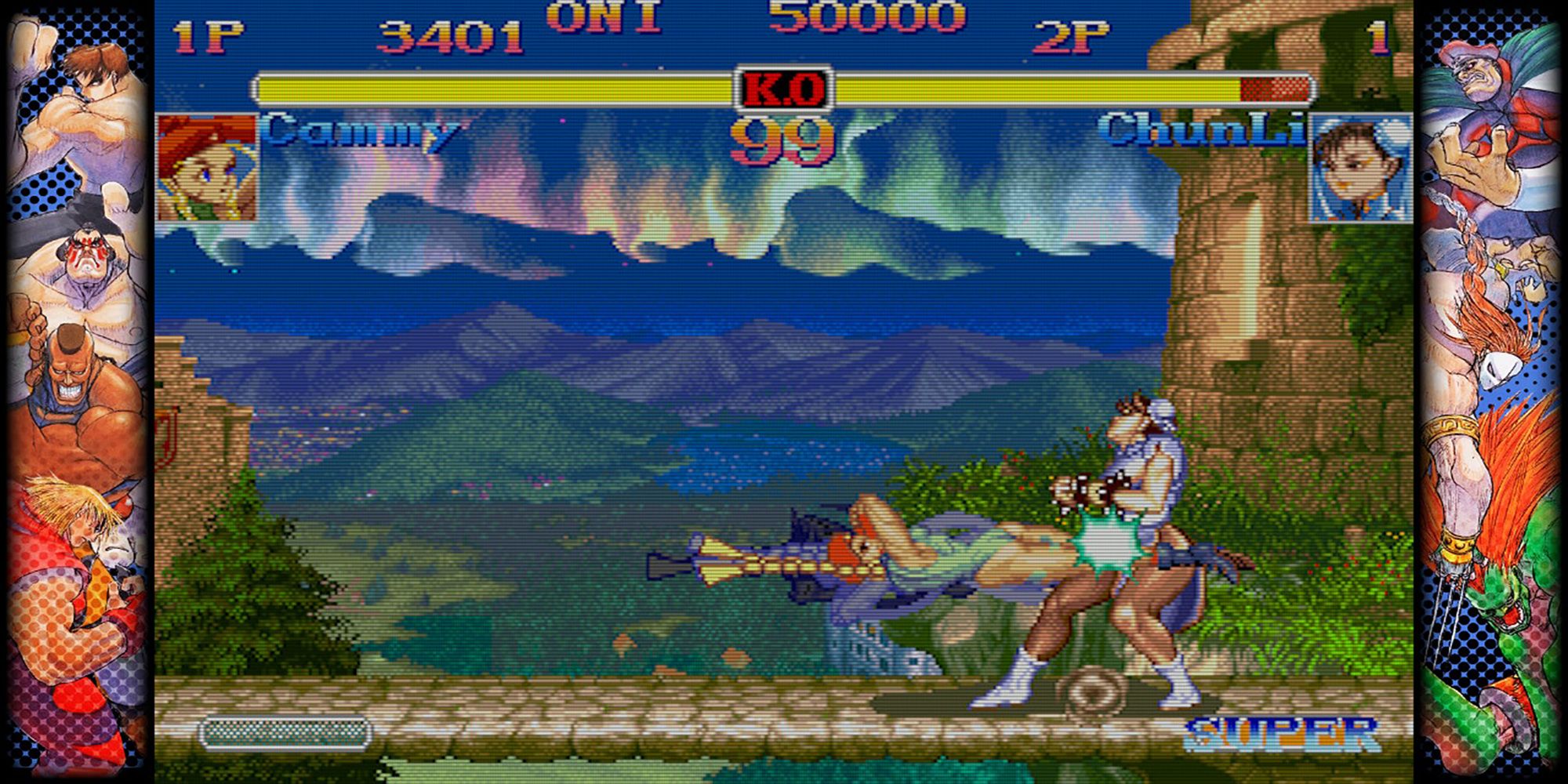 Cammy's Theme from Super Street Fighter 2 is one of gaming's most recognizable tunes. In turn, remixing it for a new generation is a difficult task. So how can one re-invent such a memorable tune while staying true to the original? We can confirm that Cap-Jam's remix accomplishes this feat and then some.

You can find Cammy's influence throughout the song. First and foremost, the driving tempo illustrates the speed and flexibility one would associate with this fighter. Furthermore, this remix features the original theme's unmistakable melody. However, this remix also adds many new elements, including a brilliant string of instrumental improvisations that put the jam in Cap-Jam! 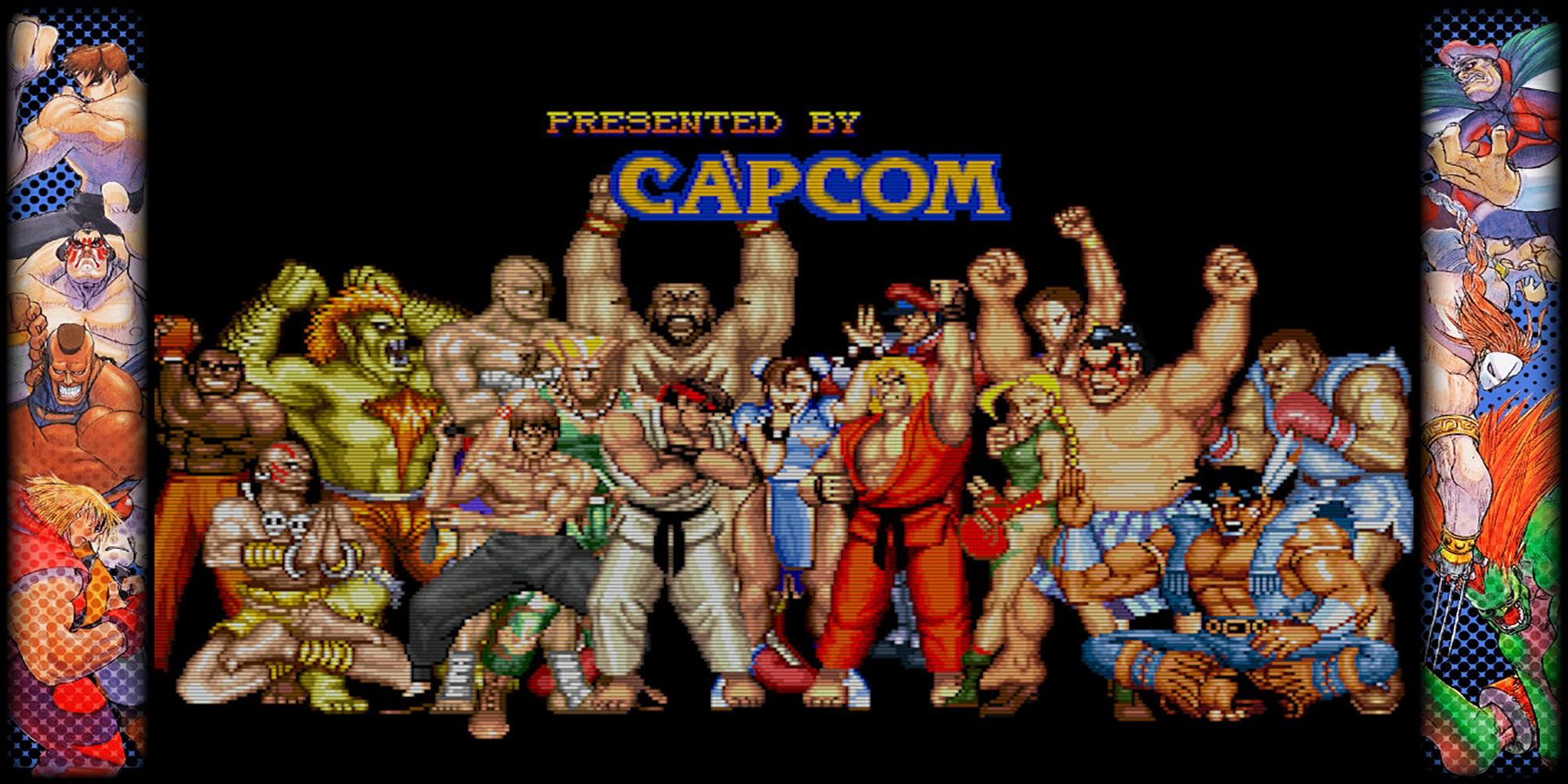 Honestly, even though this is technically a Hyper Street Fighter 2 remix, this Cap-Jam feels like the unofficial theme song of the Capcom Fighting Collection. Perhaps this association has much to do with the appearance of this song in CFC's announcement trailers. But seriously, Capcom made a brilliant choice placing this song front and center because it is pure hype!

There are plenty of aspects to this song that up its hype factor. The keyboard and electric guitar dialog help build the song's energy. Plus, the percussion drives a steady tempo that generates the heartbeat of a game that promises plenty of celebration. And for a game as celebratory as this collection, this remix is a perfect fit. 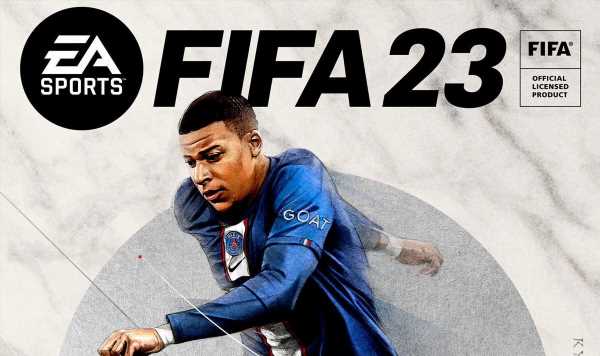