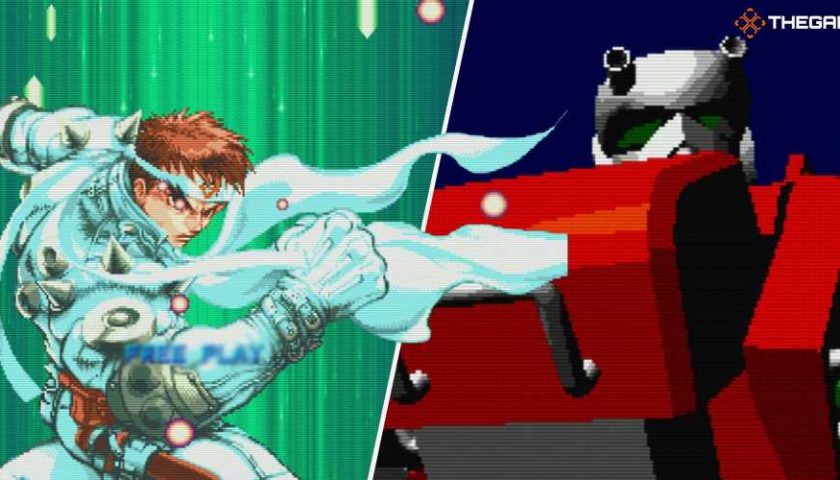 If you've played the Capcom Beat 'Em Up Bundle, you may have played an arcade gem called Armored Warriors (Powered Gear in Japan). This 1994 game lets players control advanced mechs to defeat swarms of enemies in a world 200 years into the future.

One year later, in 1995, Capcom launched a spin-off of Armored Warriors, a versus fighter called Cyberbots: Fullmetal Madness. This fighter brought back mechs from Armored Warriors, like Blodia and Reptos, to duke it out in head-to-head battles. While the game never received much attention in the west, it's receiving a second life in the Capcom Fighting Collection. So, if chaotic robotic fighting is your jam, keep reading to learn beginner tips any pilot should know!

Your Pilot Does Not Affect Gameplay 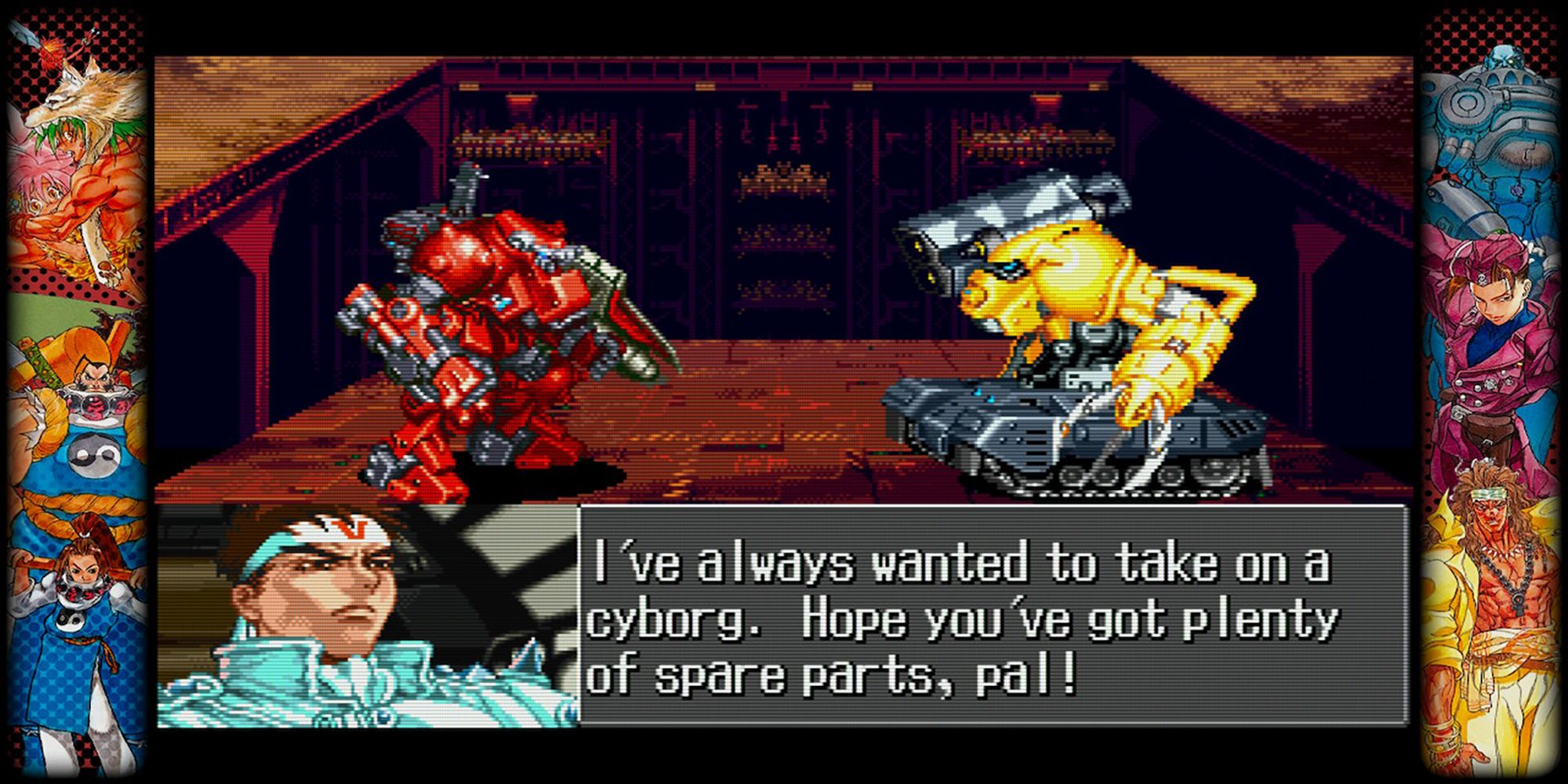 In the arcade version of Cyberbots, you can play as one of six pilots. However, the pilot you choose does not affect how you fight. On the contrary, the actual fighters are the robots known as Variant Armor.

The pilots' primary purpose in Cyberbots is story-telling. Therefore, each pilot has a unique story with different dialog scenes and endings. Non-playable pilots, like Devilot, serve as bosses throughout the game.

In turn, while there are secret variant armors you can select in Cyberbots, there is no way to play as any of the boss pilots. Unfortunately, boss pilots were only playable in the console port of the game. 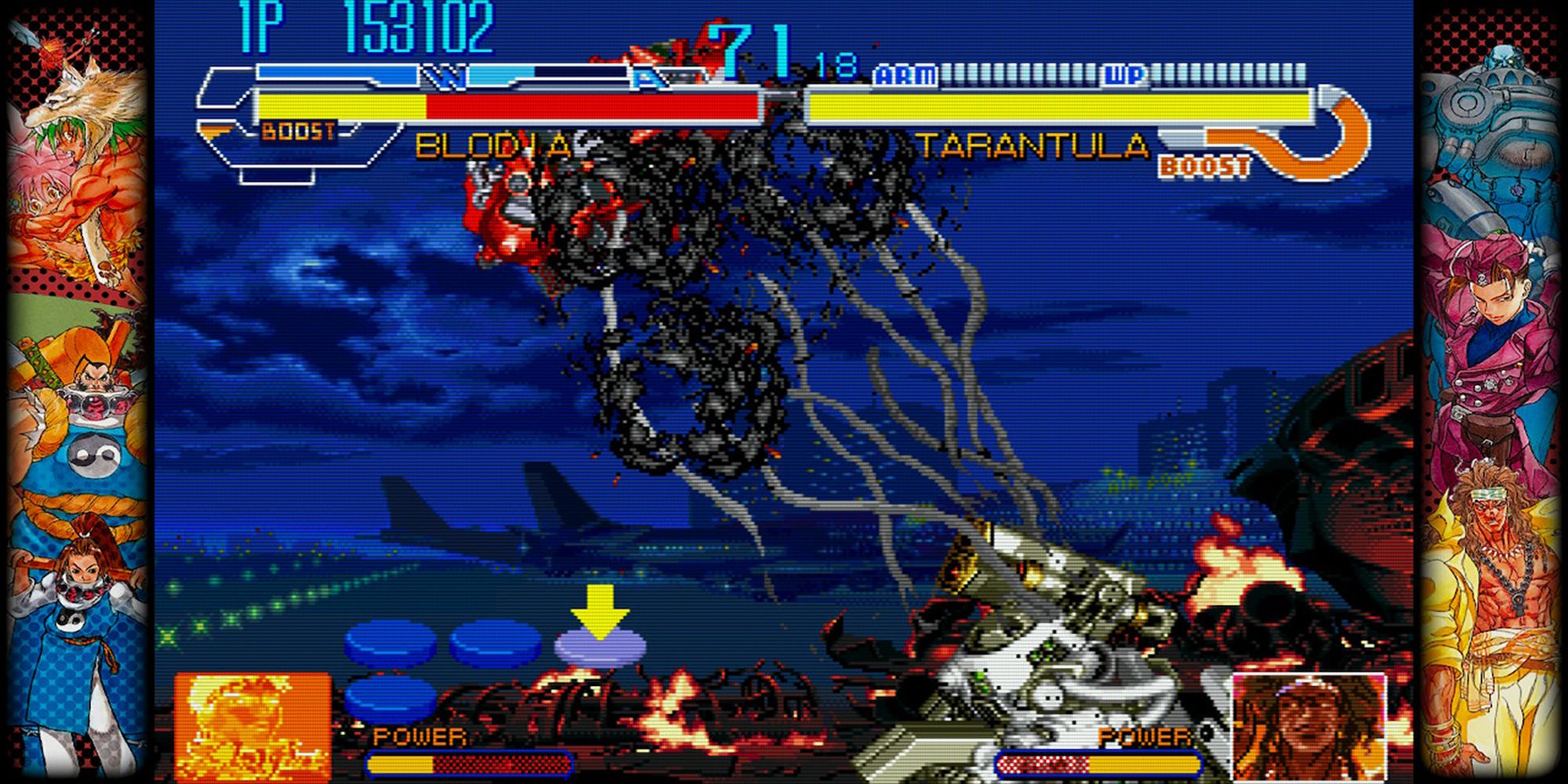 If you are intimately familiar with Capcom's six-button fighting games, you need to throw your expectations out of the window with Cyberbots. This game is one of few nineties Capcom fighters with a four-button control scheme. Furthermore, these buttons' assignments are unique. The buttons are as follows:

A1 and A2 are the only buttons that function like traditional fighting game attacks. Boost is a dashing function, and Weapon is a ranged-weapon attack.

Therefore, we recommend checking the Basic Moves list and Controller Settings before jumping into this game. Doing so will make your experience more enjoyable.

Pay Attention To The Weapon, Boost, And Arm Gauges 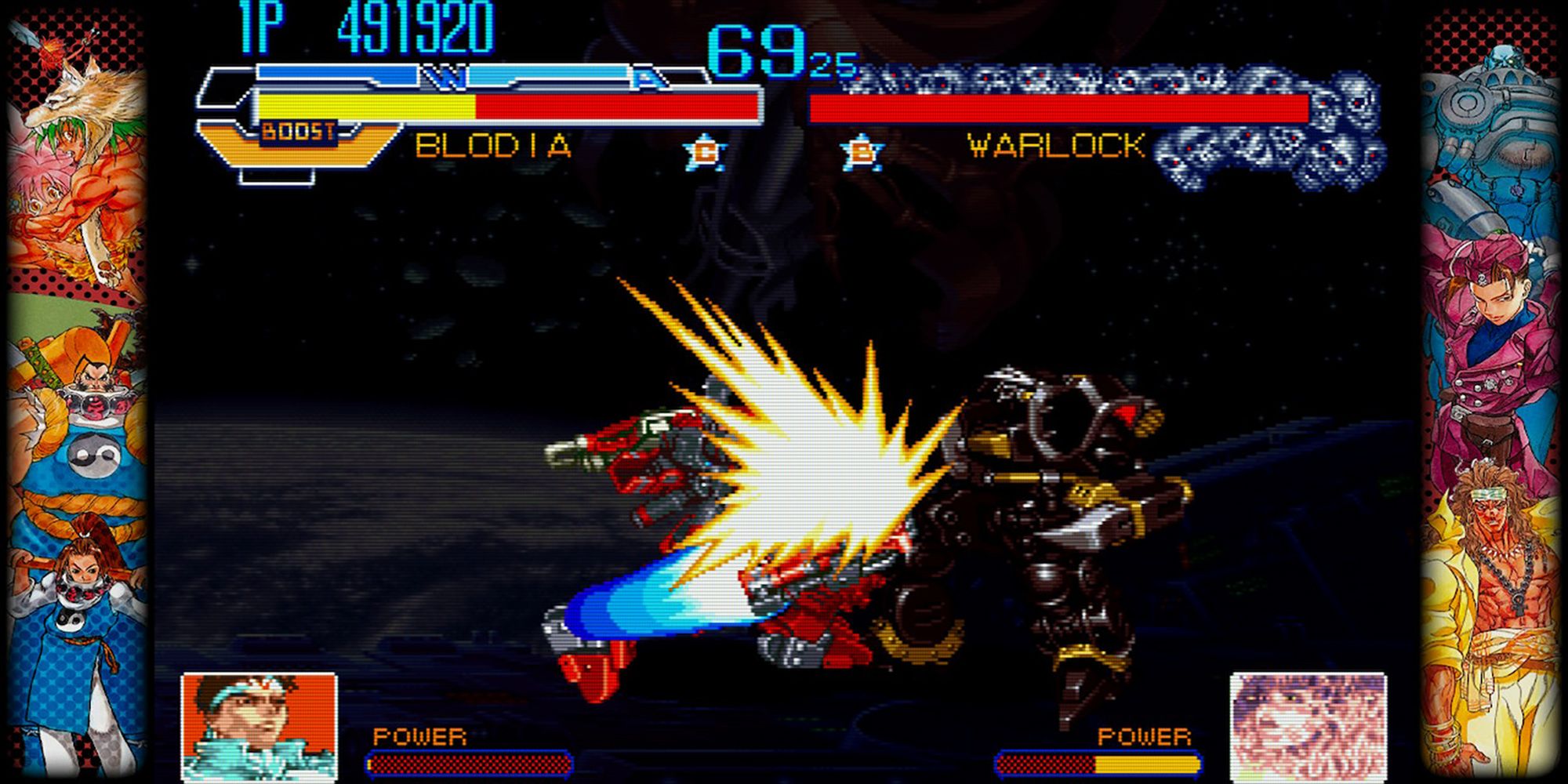 Like a vehicle, variant armors have multiple meters and gauges to track. These meters relate to the various functions of the armor. The four gauges include:

As you can see, while Cyberbots grants plenty of tools at your disposal, they are limited. Therefore, it's vital to manage these resources effectively. Otherwise, you may whiff an attack that leaves you vulnerable to an enemy assault.

Use The Super Charge Command To Gain Power Quicker 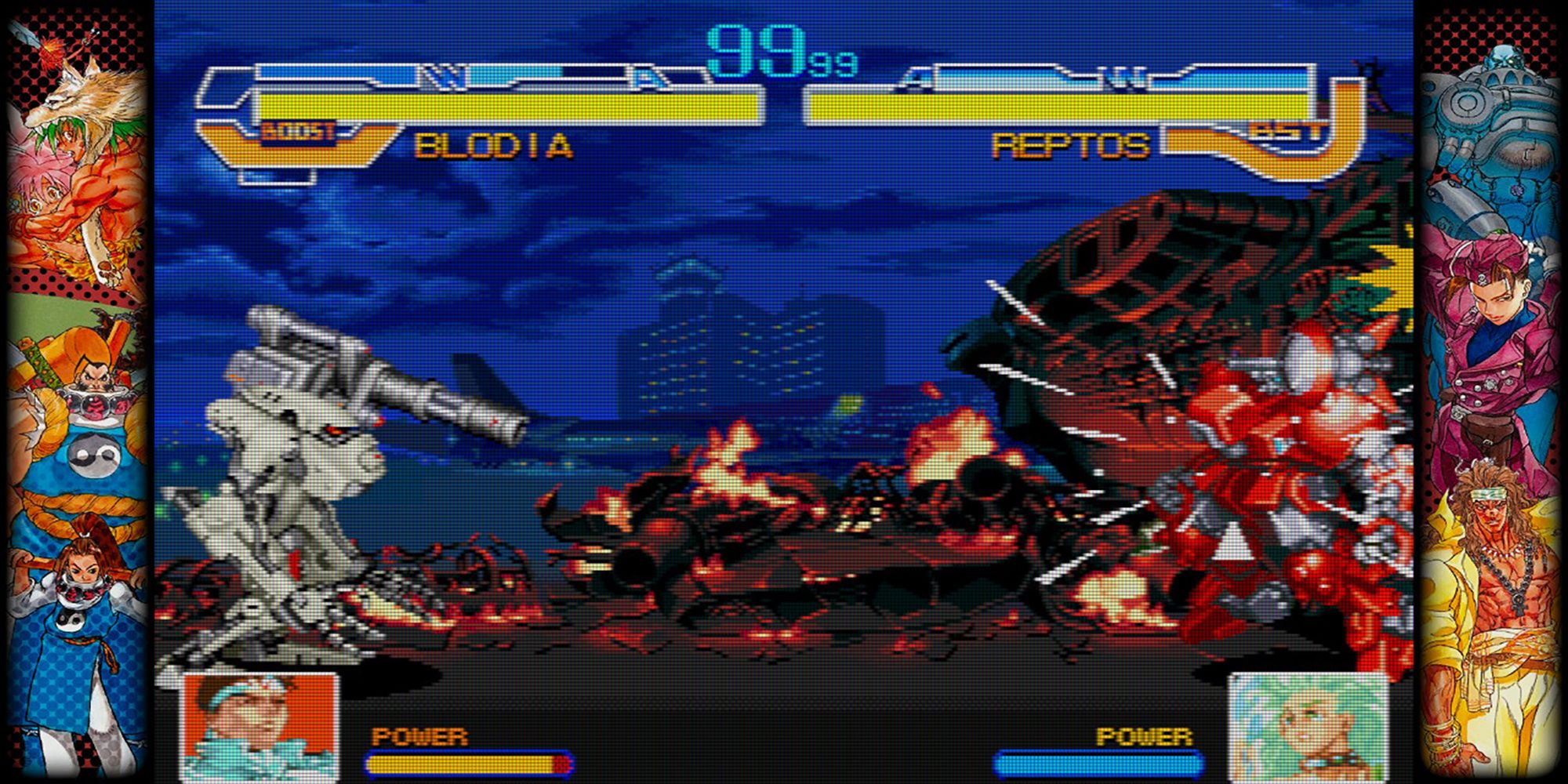 In the first few stages of Cyberbots' arcade mode, you'll find that you can use attacks to fill your power gauge with little consequence. However, as enemies become more challenging, you'll want to make Giga Crush and Cyber EX attacks available as soon as possible. The Super Charge (A1+A2) function will raise your power manually.

If you've ever played certain SNK fighters, like KOF '97, or tried out the S Groove in Capcom Vs. SNK 2, you'll see that the Super Charge command is similar. By holding down Attack 1 and Attack 2 simultaneously, the power gauge will replenish itself.

On the one hand, Super Charge grants players the ability to gain power faster. However, it would be best if you used this mechanic cautiously. Super Charge makes your armor vulnerable to attacks. Therefore, it's better to gain small super charges when you can than risk significant damage for a full charge.

Disable Opponents By Ripping Off Their Arms 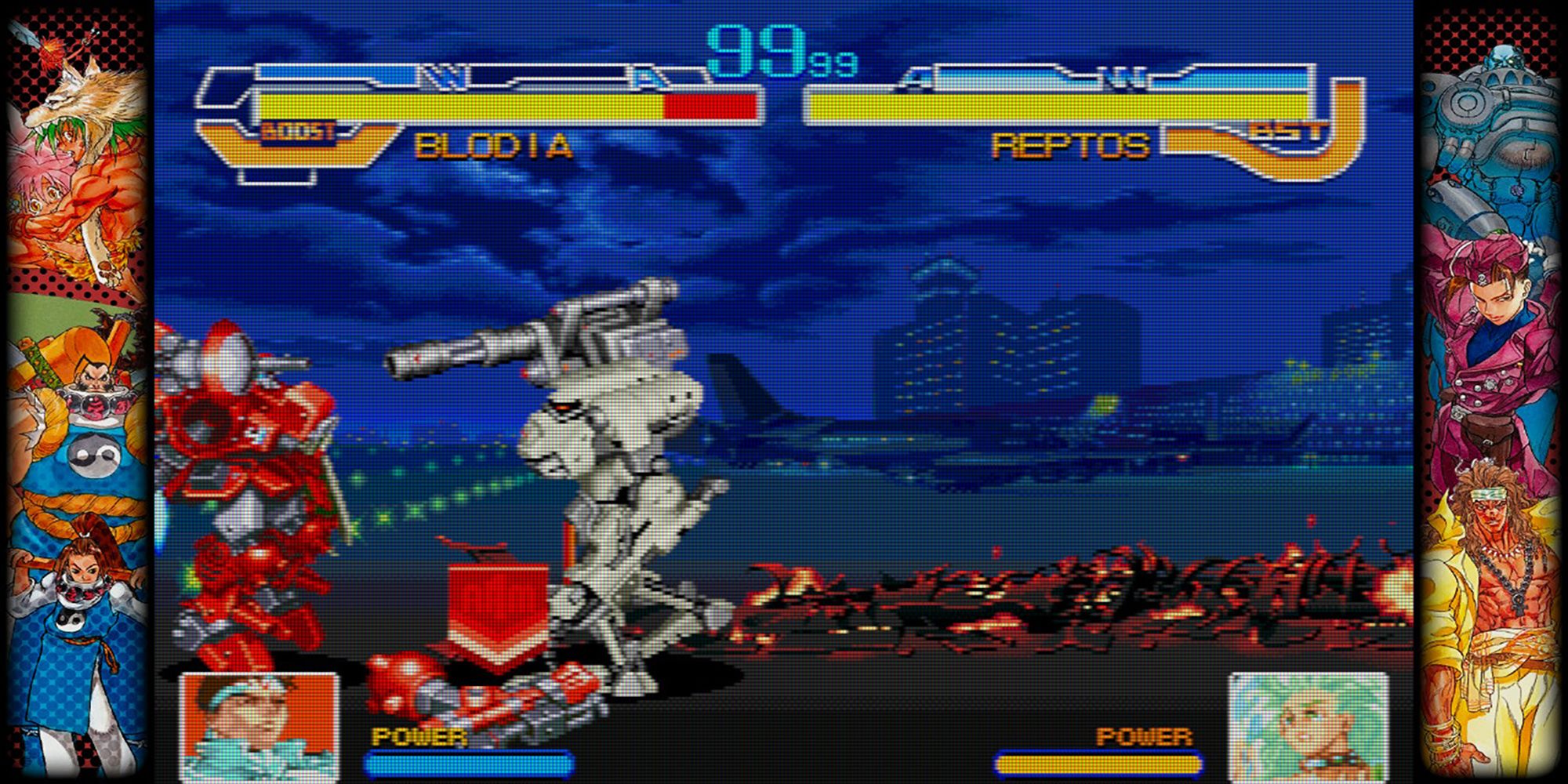 As we mentioned before, disarming your opponent will significantly diminish their effectiveness. Therefore, it will behoove you to put as much pressure on your foe as possible. Cornering your enemy with attacks will deplete their arm gauge, increasing the chance of disarmament.

So, what are some effective moves for disarming opponents? Cyber EX moves are a fantastic option since they apply a lot of damage in one combo. However, a majority of the variant armors in the game have an Arm Ripper (➡️↘️⬇️+A1 or A2 near opponent) command that forcefully tugs on their enemy's arms. This maneuver becomes more effective with some button mashing during the attack. 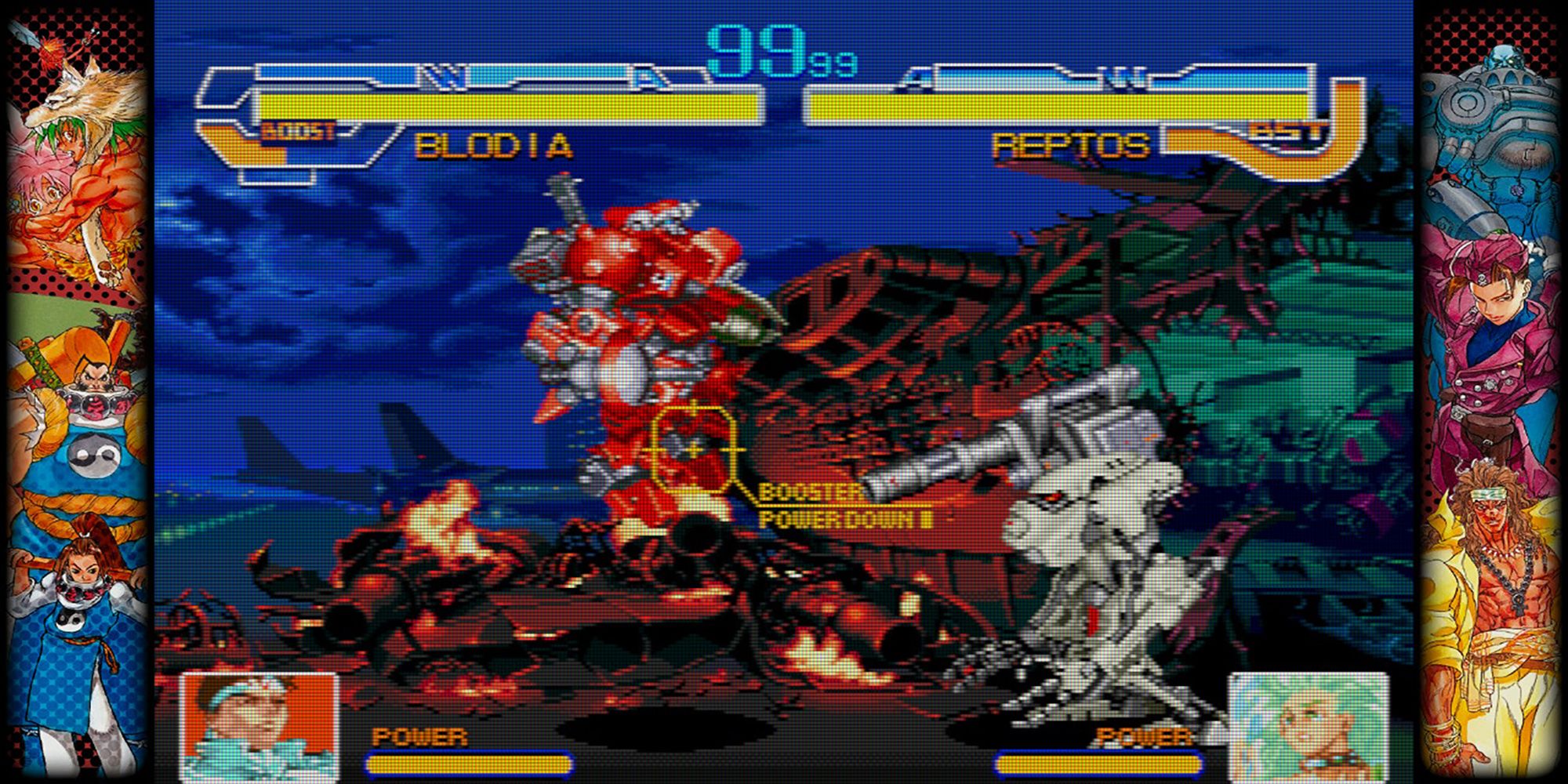 Boosting is an essential mechanic in Cyberbots. This feature grants your armor extended mobility, allowing you to eight-way dash.

In turn, there are various ways you can use this skill to accommodate your style of play. For instance, aggressive players can boost toward foes for a fast assault. However, defensive players can use boosting to evade attacks, confusing their opponents quickly.

Unfortunately, with tremendous rewards come significant risks, and boosting is no exception. When performed indiscriminately, boosting becomes predictable, especially by a computer AI. For instance, boss VAs like Warlock and Helion quickly respond to upward boosts with devastating anti-air attacks. Therefore, maxing out your boost gauge every time is not the best option.

However, you'll have a better chance of throwing off opponents by getting creative with your boosts. For instance, if you perform a short upward dash and maintain your position in the air, you can throw off a game AI that responds by charging forward. In other words, you've essentially performed a hop rather than a full-blown super jump. Plus, if more subtle boosts can throw off computer opponents, imagine how they will confuse your human competitors!

In short, boosting grants you an extended range of motion, so you should use all of it: the large and the small.