Jill Valentine is sporting a new design in Resident Evil 3. Capcom’s Peter Fabiano discussed the reasons for the change in a recent interview, stating that she needed to fit the new environments of the remake.

Jill Valentine debuted in the original Resident Evil and was one of the first two playable characters in the series. In Resident Evil, Jill was sporting a sensible soldier’s uniform that fit both her profession and the setting of the game. Jill returned as a playable character in Resident Evil 3: Nemesis, where she wore an outfit that was more appropriate attire for a woman going to a nightclub than a soldier. Jill’s outfit in Resident Evil 3: Nemesis was a tube top, a short skirt, and a pair of boots, which became a popular choice for cosplayers around the world, but it looked a little silly in practice within the game. 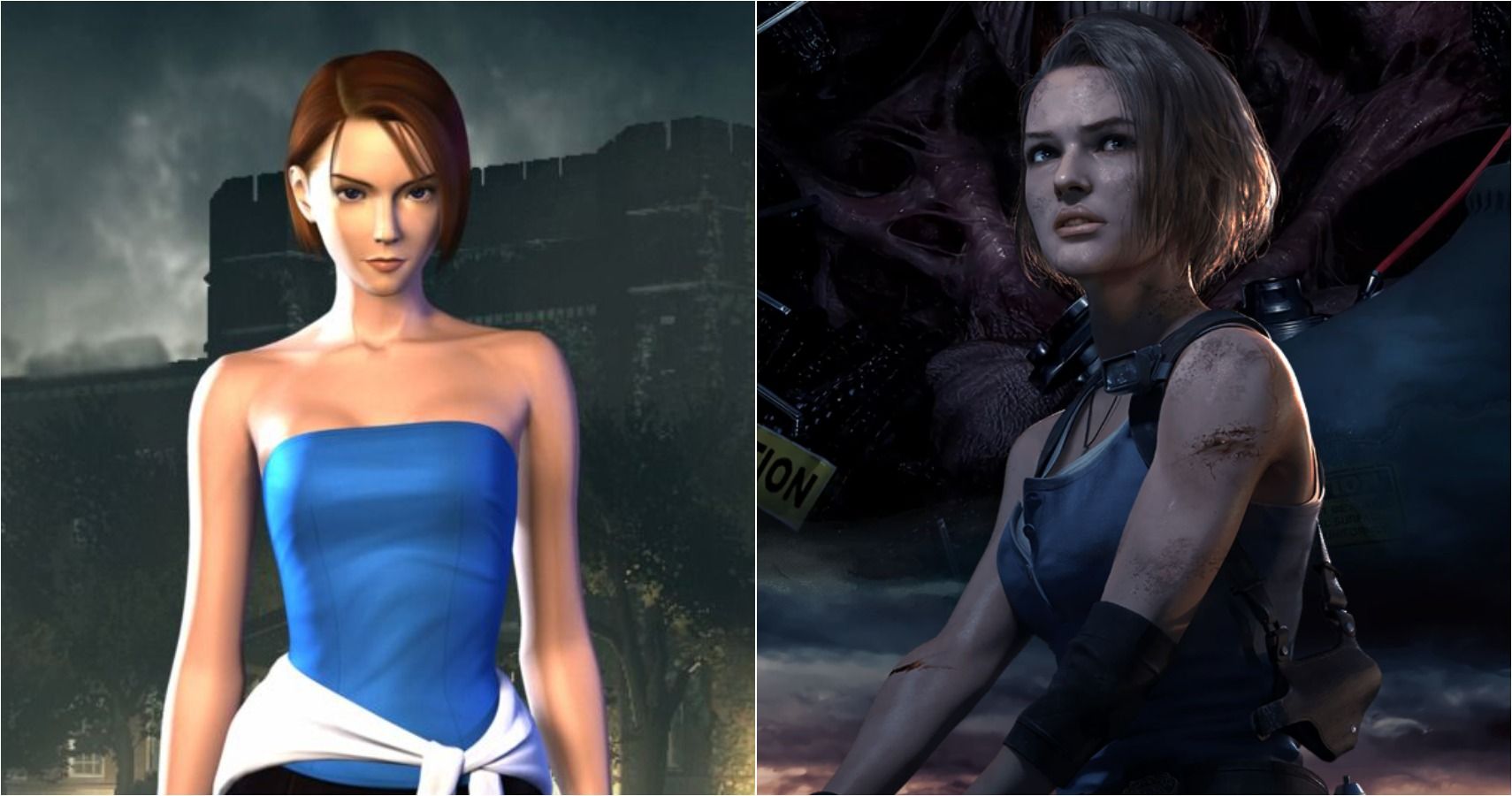 Jill’s new outfit in Resident Evil 3 manages to be more practical, while still referencing her original clothes from Resident Evil 3: Nemesis. The people who long to see nightclub Jill Valentine return are in luck, as her original outfit is available as a pre-order bonus for the game.

The 32/64-bit era of gaming was notable for being the point when female protagonists started to become more common. These same protagonists often had sexualized designs in order to appeal to the male teen demographic, especially when it came to promotional material. Jill Valentine ran the gamut during this era when it came to her depiction, going from a sensible soldier in Resident Evil to a sultry action hero in Resident Evil 3: Nemesis. Her design has flip-flopped between the two over the years and it’s nice to see that Capcom is giving fans the best of both worlds when it comes to the Resident Evil 3 remake.