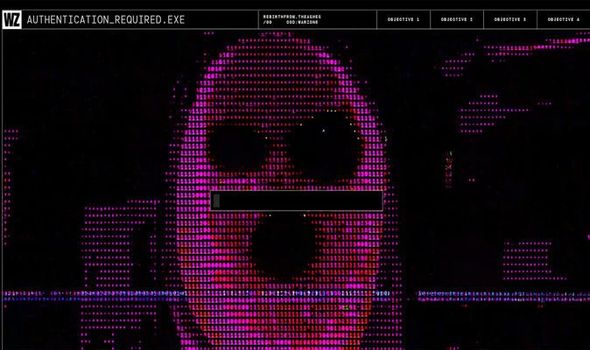 With fans and different teams of Easter egg hunters looking to complete the latest puzzles and COD ARGS, gamers now have access to the first images featuring the incoming Call of Duty Warzone Season 3 map.

As expected, this week’s Verdansk update has seen the original map destroyed and a new version set to take its place.

Teams over at @ModernWarzone have been busy working out the latest Easter eggs released into Rebirth Island, the only map currently playable in Warzone.

And their detective work has seen fans find a new teaser site called Rebirth from the Ashes.

This new site contains a number of Easter eggs, with some of the biggest including images of the new Verdansk map.

As confirmed by Raven Software earlier today, the new Call of Duty Warzone map is scheduled to be added to the game at 8pm BST.

Plenty of other teasers are expected over the coming hours, and there’s a good chance that a new trailer will be released as well.

But whatever is being planned for the buildup, fans can head over to the https://rebirthfromtheashes.com/ site and check out some fuzzy images.

This can be done by typing in the following codes into the terminal:

As mentioned above, the new images aren’t very clear but they do give a flavour for what is being planned for later today.

A message confirming today’s Warzone event schedule from Activision reads: “This briefing will be updated as new information becomes apparent.

“All updates will be visible to all Operators as well as civilians. We will coordinate efforts using the Armistice Standard Pacific Time.

“It is expected that exfiltration helicopters will arrive across Verdansk after 12:00 today, April 21.

“Due to the number of aircraft needed for this evacuation and the unusual wind conditions across Kastovia, we only have an estimated time of arrival for the first formation of helicopters, but we expect evacuations to be finished by 14:00.

“Third, due to the Containment Protocol communication efforts, a system-wide update will need to be done across our network. This will require all Operators to manually update their comms unit (for civilians, their “console”) starting at 21:00 on April 21.

“Given the above timeline, we expect the operation to be successful and comms to fully resume to normal by 12:00 on April 22.”

And developers Treyarch has also confirmed that a brand new event, complete with new Intel Challenges, will be going live with the new Season 3 map.

The Hunt for Adler is expected to be available to complete as soon as the game goes back online, with Raven Software teasing today:

“Starting on April 22nd, the new “Hunt for Adler” limited-time event will task Operators with unique in-game challenges in both Black Ops Cold War and Warzone to learn of Adler’s whereabouts. Complete these Intel Challenges to unlock Event rewards, including Weapon Charms, Calling Cards, a new Operator Skin, and more.

“You can find more details about this event in the Seasonal Event tab on the main menu between Play and Weapons once Season Three kicks off in Warzone.

“Once you’ve completed a full set of challenges in either Black Ops Cold War or Warzone over the course of the event, you’ll unlock an exclusive Adler skin for use in both games.”