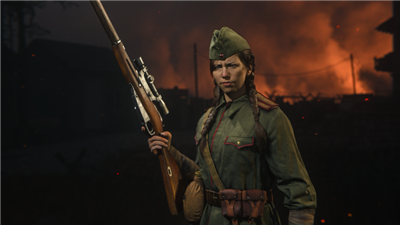 Today, more details have been released on the Call of Duty: Vanguard campaign. While the campaign is, as usual, only one element of the upcoming Call of Duty title, the cast of characters and plot summary leave us with a special forces task force that looks a lot like Inglourious Basterds.

We have some new details on voice actors, characters, and more, while the core plotline remains mostly shrouded. We wouldn’t want that spoiled anyway, but the crux of it is that your special forces operation has to head into the heart of Nazi Germany and discover the mystery behind the Phoenix Project, which has intentions to resurrect the Reich as it falls. First, here’s a quick rundown of the voice cast for all of the main story players:

In Call of Duty: Vanguard, players will take control and play as Arthur Kingsley, Polina Petrova, Lucas Riggs, and Wade Jackson. Given the nature of this special forces adventure that takes place over quite a few locations, these characters start in their own scenario and eventually come together to move into the belly of the beast.

What does this mean? Essentially, it allows this tale to encompass a lot more than the often-explored trek to Berlin, bringing us to the Pacific and other less-explored segments of World War II. This also means we’re almost certainly going to get one of those cool infiltration missions that feel different from standard shooty campaign segments. We took a look at Lieutenant Polina Petrova’s tale during Gamescom.

You can check out more details for the upcoming Call of Duty: Vanguard campaign, including each character’s backstory, at the official blog here. Are you interested in the campaign? Are you waiting for multiplayer? Does Treyarch’s zombie offering intrigue you? Maybe just more Warzone with its new makeover and map? None of the above? Anyway, let us know in the comments!