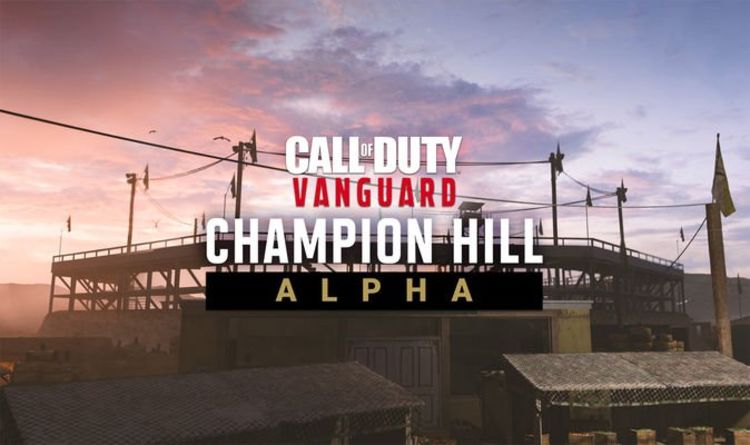 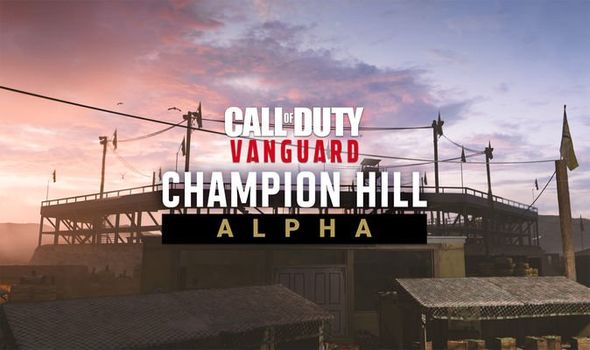 The Call of Duty Vanguard Alpha start date has been scheduled for this week and includes the first live-fire test for developers Sledgehammer Games.

Set during the WWII period, Vanguard is set to include a sprawling campaign set across different theatres of war, spanning all the major continents.

But this week’s Vanguard Alpha won’t be showcasing much of that and will instead focus on the multiplayer side of the game.

And even then, only a small chunk that won’t interest everyone who has access. As confirmed earlier this week, when the Vanguard Alpha start time begins, gamers will have free access to a tiny part of the final game.

The Champion Hill multiplayer mode will be the main focus, with Sledgehammer providing a range of weapons and attachments over several maps.

The goal of Champion Hill is to be the last team standing, with Duos and Trios supported during the Alpha.

Your main mission will be to reduce all other squads’ life count to zero before your whole squad is eliminated, with Sledgehammer confirming:

“Everyone starts with the same Loadout, and while it can be lethal, collecting Cash — earned by taking enemy lives and picking up drops scattered around the map — will allow you to upgrade your starting weapons and purchase new armaments, equipment, Perks, and Killstreaks during Buy Rounds that happen between Combat Rounds.

“Champion Hill also takes place on one large map split up into five sections. Specifically, there is a central Buy Station Area and four arenas for Combat Rounds: the Airstrip, the Trainyard, the Market, and the Courtyard.

“Once you are eliminated, you can watch how the tournament ends from the Buy Station Area spectator platform, but ideally, you survive long enough to see victory for yourself.”

WHEN DOES THE VANGUARD ALPHA START ON PS4 AND PS5?

Publisher Activision has confirmed that the Call of Duty Vanguard Alpha start date has been scheduled for Friday, August 27, 2021.

The new playtest will be limited to the PlayStation platform, meaning that it will only be available as a download on PS4 and PS5 consoles.

The good news is that if you own either of these machines you will be given for free, without the need for any subscriptions or pre-orders.

The Call of Duty Vanguard Alpha start time has been set for 6pm BST in the UK, or 10am PDT if you live in the United States.

Gamers should be aware that the COD demo is scheduled to end on Sunday, August 29, at the same time.

And as noted above, gamers on Xbox One, Xbox Series X and PC will not be able to join in, even if they have pre-ordered the game on their chosen platforms.

WHEN IS THE VANGUARD BETA?

The Call of Duty Vanguard beta will be the second official test conducted by developers Sledgehammer Games and has a scheduled release date of September 10 on PlayStation platforms.

Activision is sticking to its exclusivity deals with Sony, meaning that there will be delays for gamers on Xbox and PC.

The good news is that September will include an open beta period for all platforms, which will be held between September 18 and September 20.

A message from Activision explains: “After a worldwide Multiplayer Reveal on Tuesday, September 7, get ready to experience the Call of Duty: Vanguard Beta!

“The first weekend – September 10 to September 13 – will be for PlayStation owners who have pre-ordered the game.

“The second weekend will be considered an Open Beta in its entirety for PlayStation owners. Those on other platforms will need to pre-order the game to access the first two days of the Beta (September 16 and 17), before it becomes an Open Beta for all platforms from Saturday, September 18 to Monday, September 20 at 10 AM PT.”