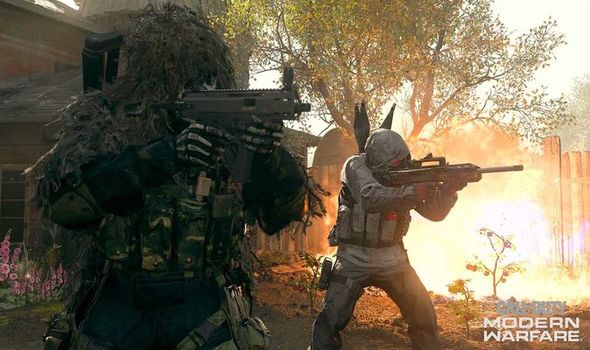 Call of Duty Modern Warfare and Warzone are experiencing offline server issues on PS4, Xbox One and PC.

The Call of Duty server status makes grim reading for fans, who have complained about not being able to access Modern Warfare and Warzone.

According to fans on social media, Call of Duty is either checking for updates, or players are in a server queue.

Independent website Down Detector has received thousands of reports that Call of Duty isn’t working.

The outage tracker monitors social mentions around certain topics to detect when services go down across the world.

The Down Detector outage map shows that the Fortnite issues are affecting users in the UK, Europe and North America.

Needless to say, Call of Duty fans aren’t happy about the developments, and have been venting their frustrations on social media.

“Don’t get me wrong I love @CallofDuty and @ModernWarzone but these servers and nothing happening with cheaters is really pushing me away,” reads one tweet.

Another fan writes: “CallofDuty has to have the worst servers going. Always undergoing maintenance or checking for update.”

The views were echoed by the following fan on Twitter: “It would be great to reap these rewards if the server didn’t keep kicking me out to “check for update…” mid game! Then not let me back in.”

The matter is made even worse by the fact that it’s a double XP weekend on PS4, Xbox One and PC.

Ideal if you’re struggling to level up your Battle Pass, players can get double XP, double weapon XP and double Battle Pass progression from September 25 until September 28.