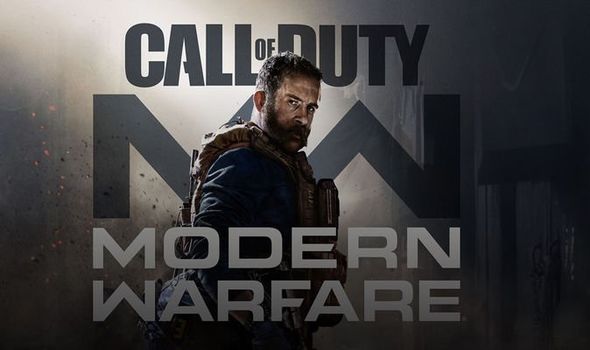 There’s been plenty of Call of Duty Modern Warfare update news today, ahead of the launch of Season 1.

For now, Activision is staying tight-lipped about when the new COD download will go live on PS4, Xbox One and PC.

Developers Infinity Ward have not been sticking to such a tight schedule, meaning today’s big Call of Duty patch could arrive at any time.

Gamers have been given out predictions but now a new leak has been shared regarding the official Modern Warfare Season 1 release time.

This includes a report that Call of Duty Modern Warfare Season 1 will begin at 6pm in the UK and run until the end of January.

As ever, this needs to be taken with a pinch of salt until Activision confirms its official plans later today, December 3.

And as the above information suggests, not all the latest reveals regarding Call of Duty Modern Warfare Season 1 have been coming directly from Activision.

Data miners have been supplying details this week which appear to confirm some great news for fans.

As many COD fans will already know, Season 1 will also include a new Battle Pass, filled with both premium and free cosmetic items.

The paid-for Battle Pass will be how Modern Warfare is supported in 2019 and beyond and it appears Infinity Ward are dropping a few incentives to stick with it in the future.

The new Call of Duty Modern Warfare Season Pass will cost 1,000 Call of Duty Points to unlock the Premium Tiers.

And according to data miners, completing the Battle Pass for Season 1 will provide gamers with 1,300 Call of Duty Points.

That means the Season 2 Battle Pass could be paid for if you squeeze out all the COD points available.

This would mean gamers would be paying for access to a total of 104 Tiers, with Tiers Boosts also available to buy.

The leak also suggests that the first four Tiers would be unlocked automatically after purchasing the Battle Pass on December 3.

It should be noted that this hasn’t been confirmed yet by Activision, who is expected to unveil the Battle Pass for COD later today.

The most recent information on the new Battle Pass shared by Infinity Ward can be found below:

“Every single member of the Modern Warfare community can earn some of the tiers within the forthcoming battle pass system, including cosmetic items and two new base weapons. Look for more information about this on December 3.”

Activision has warned that some Season 1 content, including things like new maps and modes, will arrive over the coming weeks.

So that means that not everything will be available to claim play later today and there will also be some surprise additions as well.

“Note that some of this content may drop later than the Season One start date of December 3, and additional content may be added to Season One,” another message from Activision reads.

“Check back here on December 3 where we’ll fully reveal the 100 tiers of the Battle Pass and reveal Season One in much greater detail.”

A rundown of all the new content for Season 1 we know about can be found below: