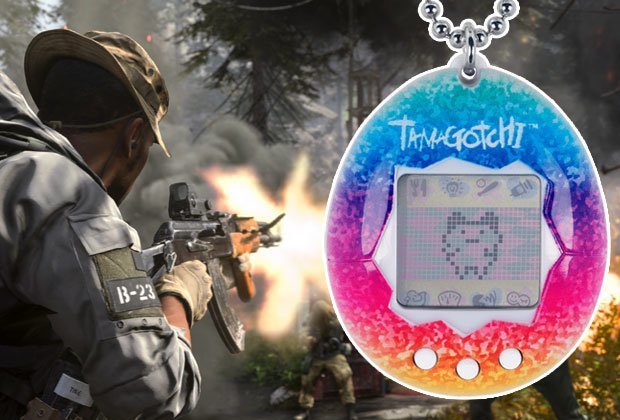 At last week’s Call of Duty Modern Warfare multiplayer reveal event, we got put quite a lot of time into the game.

You can read our in-depth opinion of this year’s Call of Duty game over at our hands-on preview, but one of the things that really stood out to us this time was the character models and customisation options they come with.

Whether you’re customising your gun at the newly revamped Gunsmith bench or equipping new cosmetics to your favourite character, there’s quite a lot of depth in the new iteration of Modern Warfare (we were even told that there’ll be “between 30 to 60 customisation options” for every weapon!)

“What we’ve shown [at the multiplayer reveal event] just scratches the surface of character development and character customisation,” explains studio art director Joel Emslie to us in an exclusive interview on the show floor.

“We’re trying to make Call of Duty all about personality and how characters visually resonate with people, so I’m curious to see how successful we are or are not with how we realise that.”

We ask if Activision has been learning from Blizzard when it comes to influences in character craft, and injecting personality into the game – Overwatch, after all, is known as one of the best places examples of that.

Emslie noted that people pick up on even the smallest elements of design (with particular reference to the feet of the newest Overwatch hero, Sigma, and the reaction that reveal garnered at the time).

In response, Infinity Ward is including elements in Modern Warfare that are certainly more of an… interesting… departure than we’ve seen in Call of Duty games to date.

“The wristwatches we have in the game… people have really picked up on that, and they’re curious to know more about how things are going to be developed with that. We’re taking wristwatches [and their functionality] to weird places, too [laughs].

“For example, we’ve got one we call the TomaGUNchi – it’s a Tamagotchi that feeds on kills. It’s a one-off we got creative with. I said to our engineers: ‘Can you make it so that whilst we’re playing and I get kills in multiplayer, it kinda lives and grows?’”

It’s a nice way of giving players something else on top of the usual progression you see in multiplayer shooters.

Of course, you’re still going to have the unlocks and progression that we’ve been seeing in Call of Duty games for over a decade now, too, but you also get something else – something wholly more personal – to enjoy in Modern Warfare, too.

“If you get kills, you can keep it alive. And it’ll ultimately sit on your Gunsmith workbench and you can see how it’s doing. So you can check in on it [whilst you’re customising guns] from time to time and think ‘oh shit, I gotta feed the TomaGUNchi [laughs].

“It’s little things like that – little nuances and details… I’m really excited to see how the community responds to them.”

You can read everything you need to know about Call of Duty’s open beta at the link.