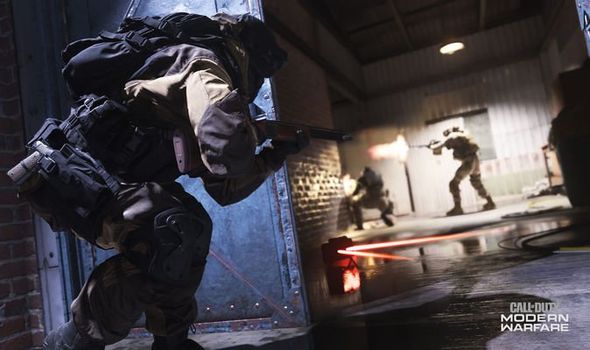 Gamers already have their own thoughts on the Call of Duty Modern Warfare beta on PS4, Xbox One and PC.

Being available to download by so many gamers and offering crossplay for the first time, it provided Infinity Ward with a lot of new data.

And following the end of the test – which appeared to be extended for some – the development team have shared their own MW review.

This included a list of things that went well during the Call of Duty beta and things that will need to be fixed before the big release date.

Infinity Ward has until October 25 to get everything ready, and there appears to be much to review.

“First and foremost, we want to thank each and every one of you for joining us during the Call of Duty: Modern Warfare Beta,” a message from Infinity Ward reads.

“Whether you only played one weekend or both, your feedback was heard, and we can’t thank you enough.

“This was one of the most crucial testing times for our game and we’re honoured that you all were with us every step of the way.

“As we’ve said before and will continue to say, this is your game just as much as it is ours, and we couldn’t do any of this without you. From everyone on the Infinity Ward development team, thank you so, so, much for playing.”

The list of changes Infinity Ward are hoping to make comes with a warning that not all the bugs are listed.

So if players were affected by an issue posted online, it doesn’t mean it isn’t being looked at by the team.

It should also be noted that while there won’t be any further Modern Warfare betas on PS4 and Xbox One, more reveals are coming.

This includes new details covering the story campaign of the game, with a premiere being held at the end of September.

This will be followed by a Special Ops reveal next month, coming before the final release date on October 25.

Here is the list of change and bugs being reviewed by Infinity Ward before next month’s full launch: