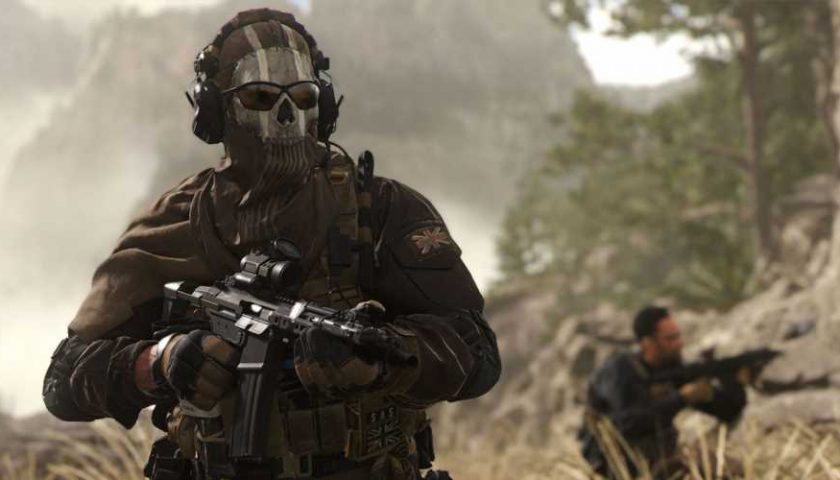 Let's face it, not many of us have faced betrayal like when Shepherd betrayed the team in the original Modern Warfare 2. Not only did he shoot Ghost and Roach in the back, but he also burned their bodies – this is why I have trust issues. This was especially cruel because, despite playing a relatively smaller role, Ghost was just a bloody cool character, with his skull balaclava and overall mystique. And while he'll be making a return in the Modern Warfare 2 reboot, we always wanted to know more about him.

In an interview with IGN, head writer Brian Bloom admitted that a Call of Duty spin-off based on Simon “Ghost” Riley would be "cool". Bloom, along with narrative director Jeffrey Negus revealed what their dream 'Call of Duty one-off' would be, and the answer is the same as that of most COD fans – an origin story for Ghost, and how he put on his cool-as-hell mask, of course.

"Yeah, I’m going to say it. Ghost’s origin story,” said Bloom. “There are others who would like to do that too. And we think that would be really interesting. And again, that’s kind of where this interview started, that there’s something about that character that’s iconic, but the mask and some of those more superficial elements, as we’ve attempted to build them out here in our current release, where did some of those things come from? And exploring that, and looking at that would be something I think the audience would love, and we would love to get into.”

Indeed, it would be pretty cool to have short story DLCs for each of the members of Price's team – especially Ghost – revealing their origins, or the events leading up to their recruitment by the Captain. Back in 2013, we did get a game called Call of Duty: Ghosts, which even had a guy putting on a skull mask on the cover, but didn't actually feature Simon “Ghost” Riley himself. It turns out the game was actually inspired by the fan-favourite character, but not actually about him. In fact the German Shepherd in the game, Riley, was named after the character's real name.