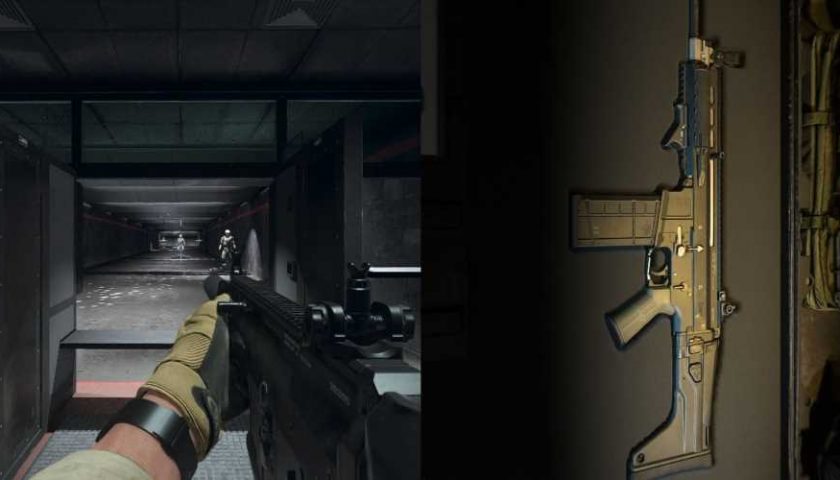 The SCAR-H has returned in Call of Duty: Modern Warfare 2 in the form of the TAQ-V, a battle rifle that fires 7.62 ammunition. This weapon hits like a truck and has minimal recoil, making this a fantastic option for long-range combat.

As with the TAQ-56, the TAQ-V is quite an accurate assault rifle in the hands of a skilled user. Automatic fire will melt players in 6v6, Ground War, and even Warzone. This guide will show the best TAQ-V build for general use, allowing you to get the edge in just about every gunfight in Modern Warfare 2, Warzone 2.0, and DMZ.

Do It All TAQ-V Build 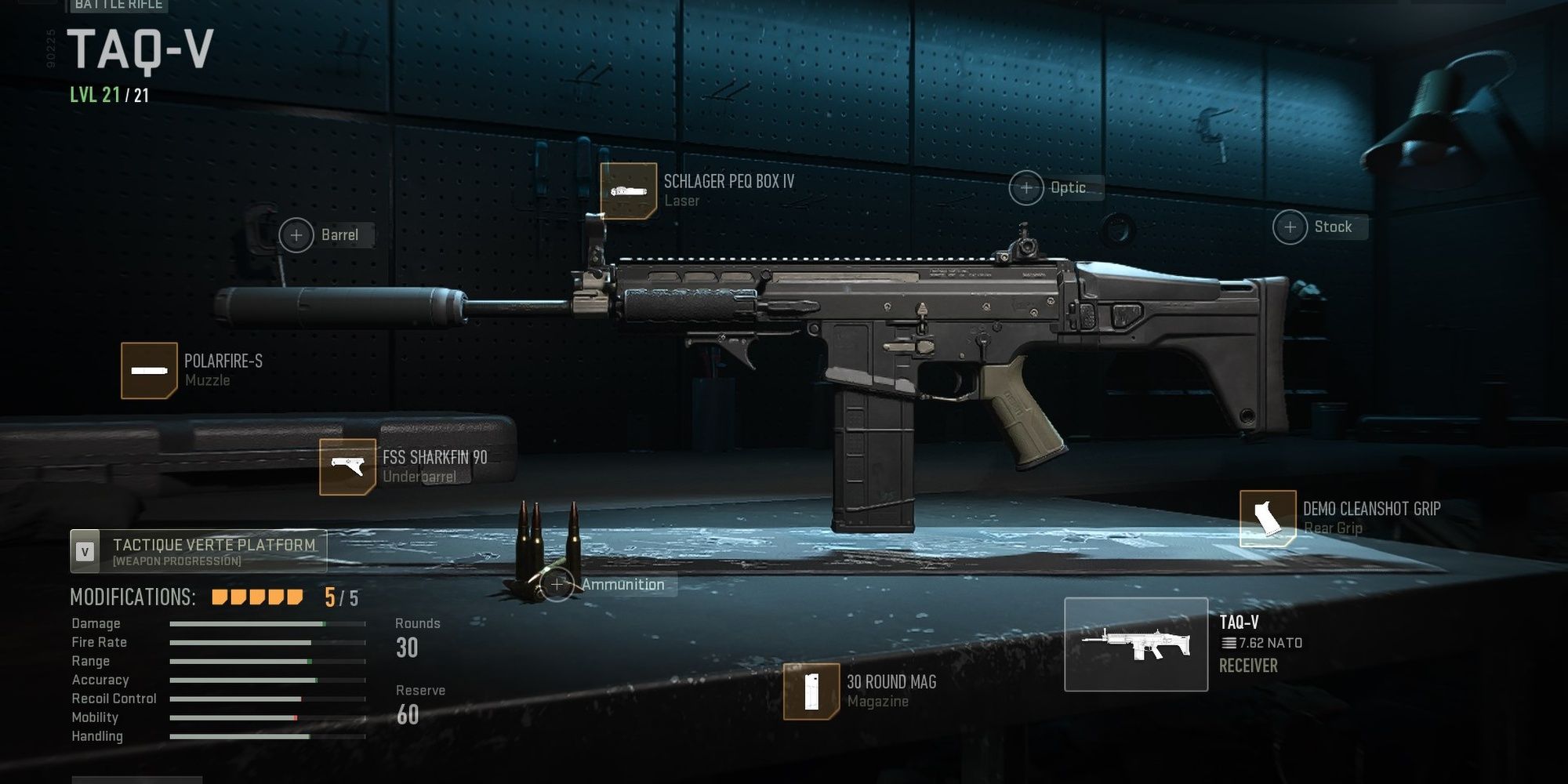 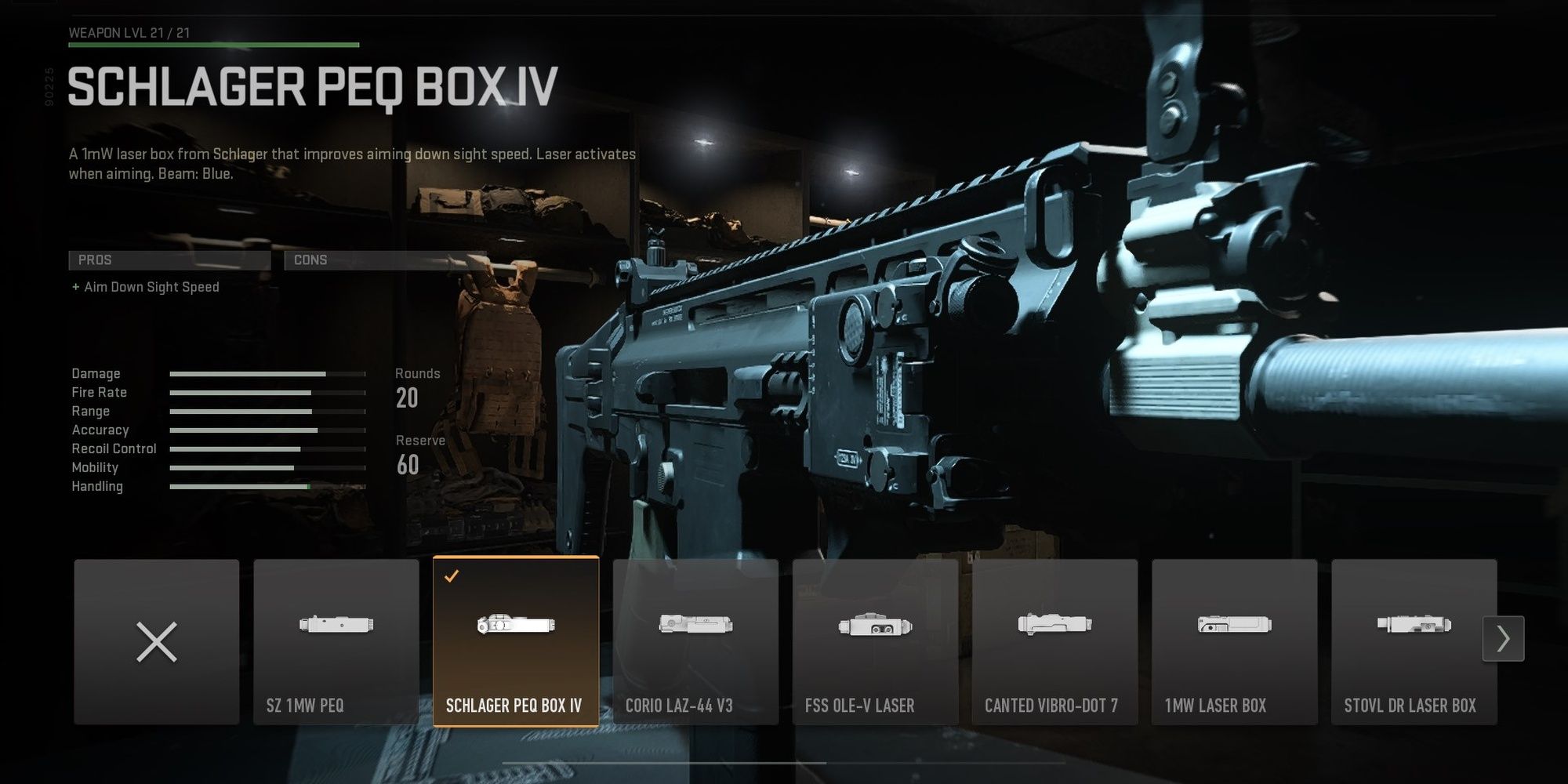 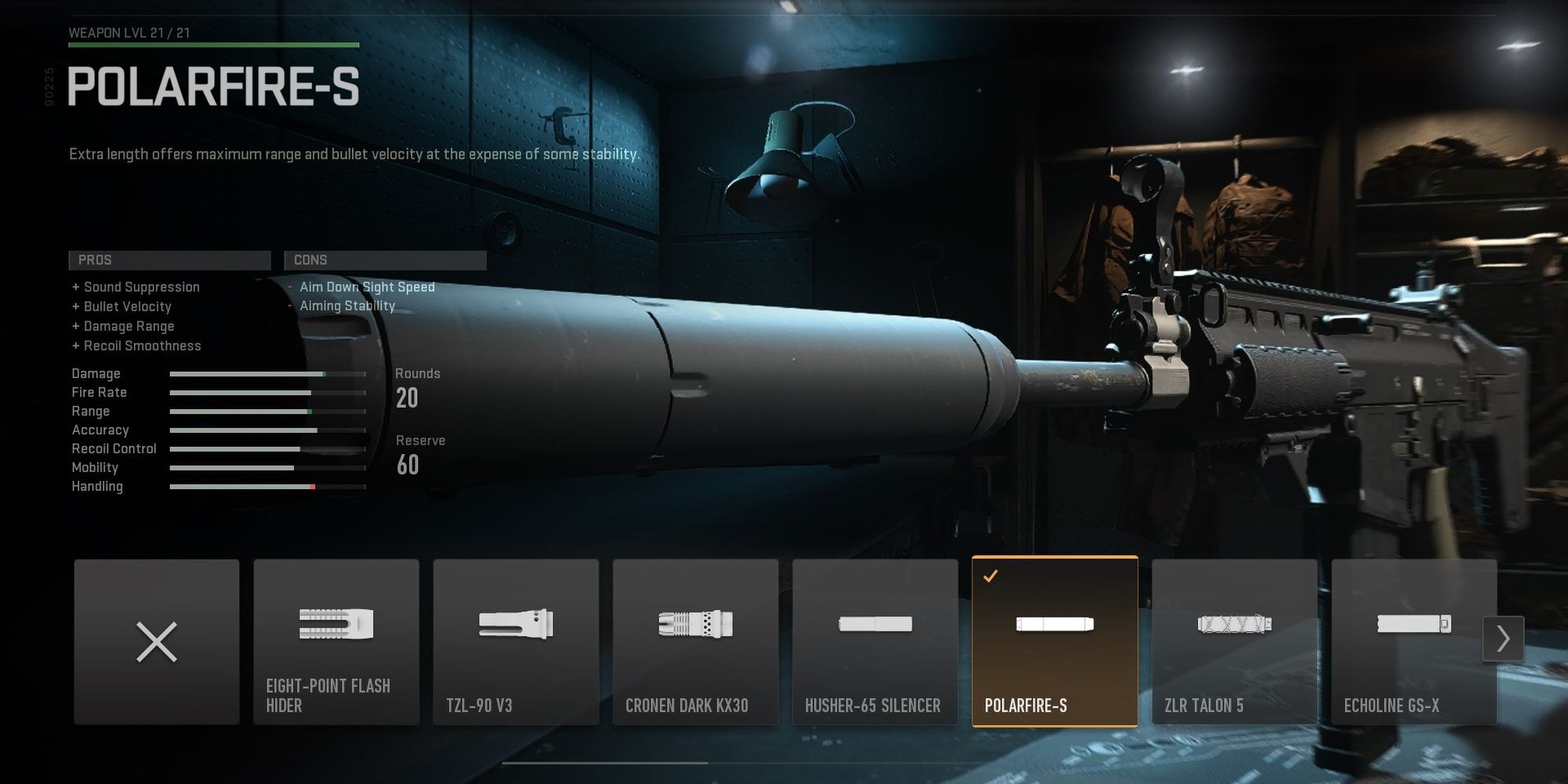 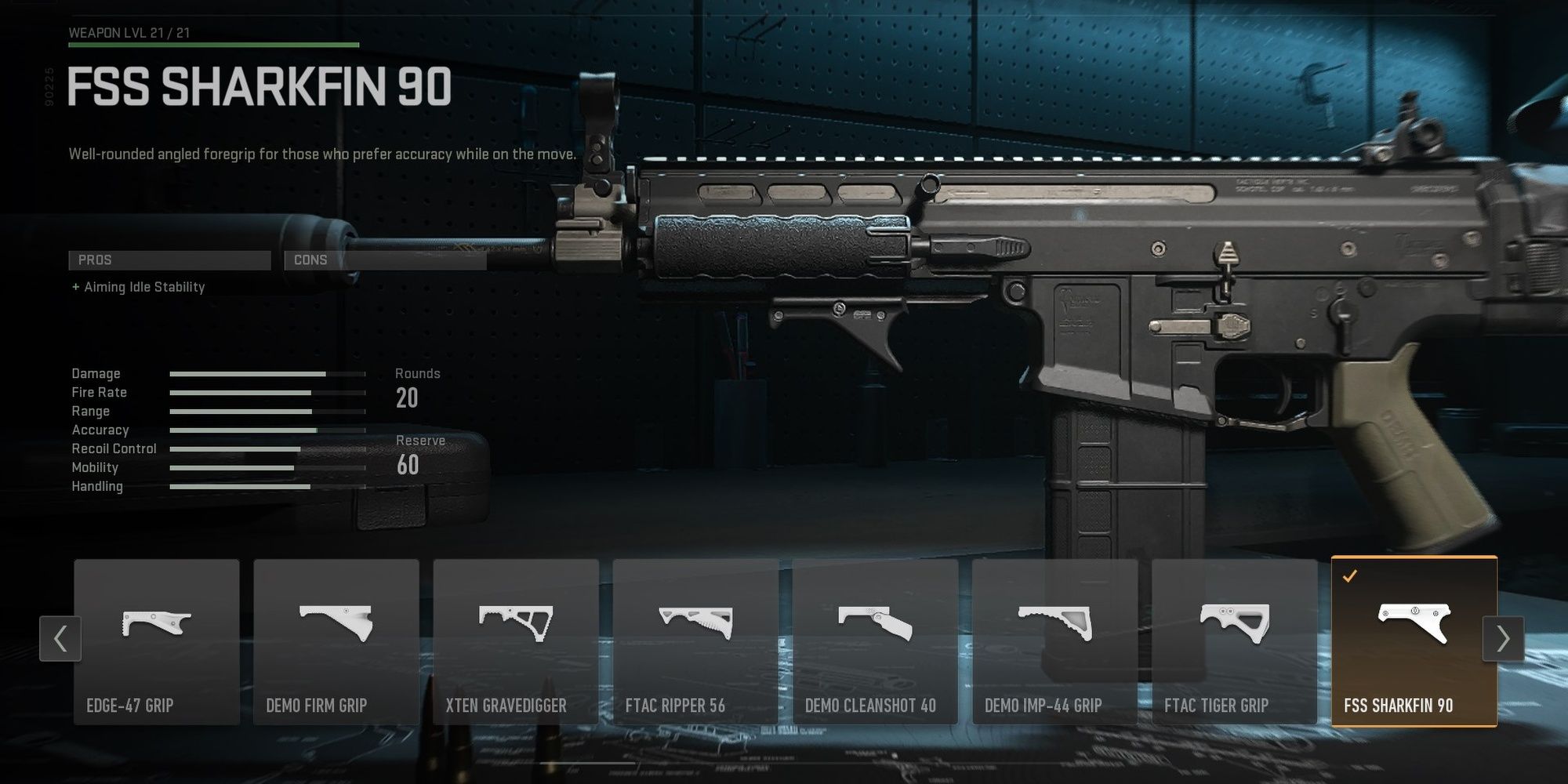 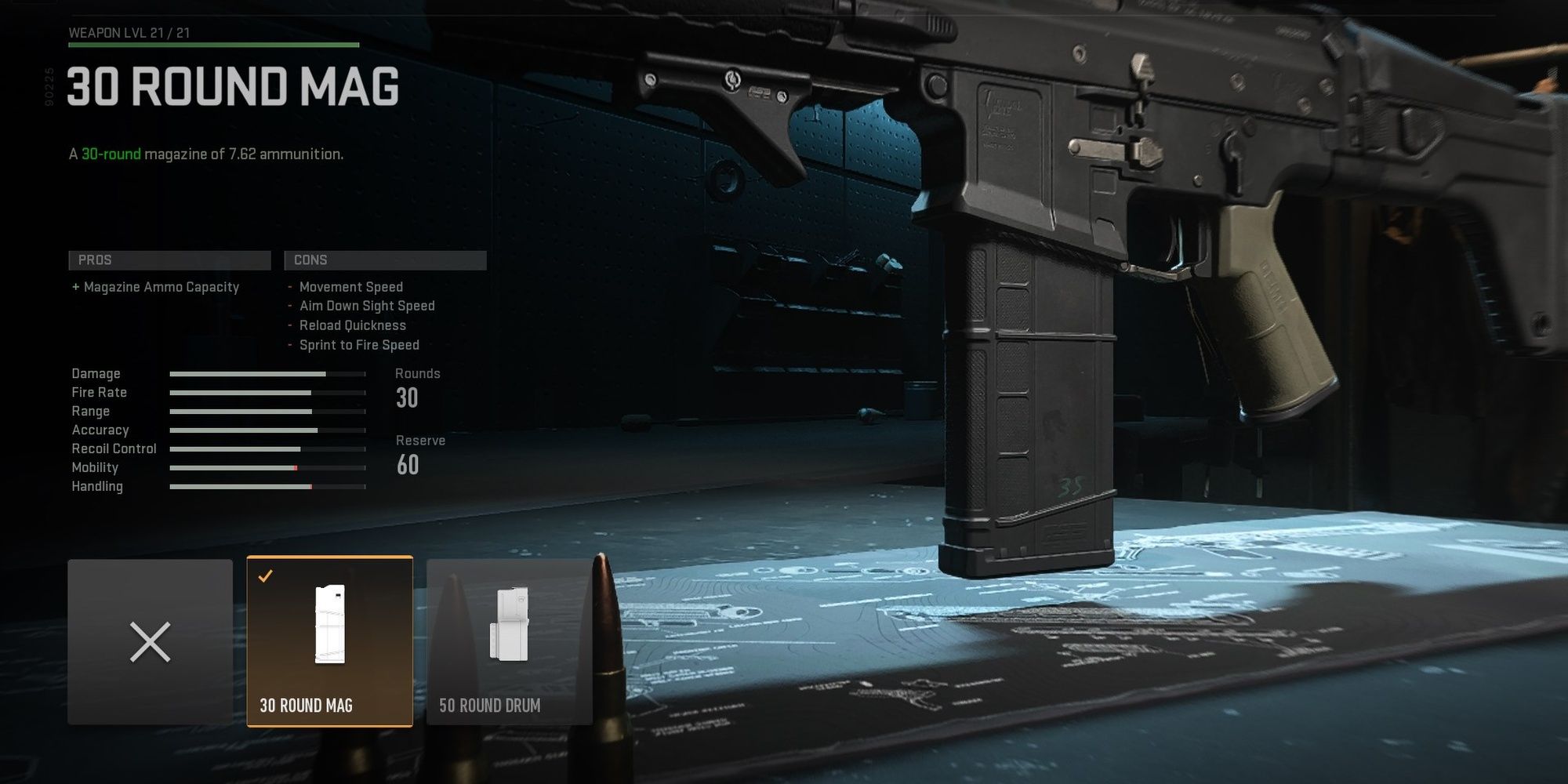 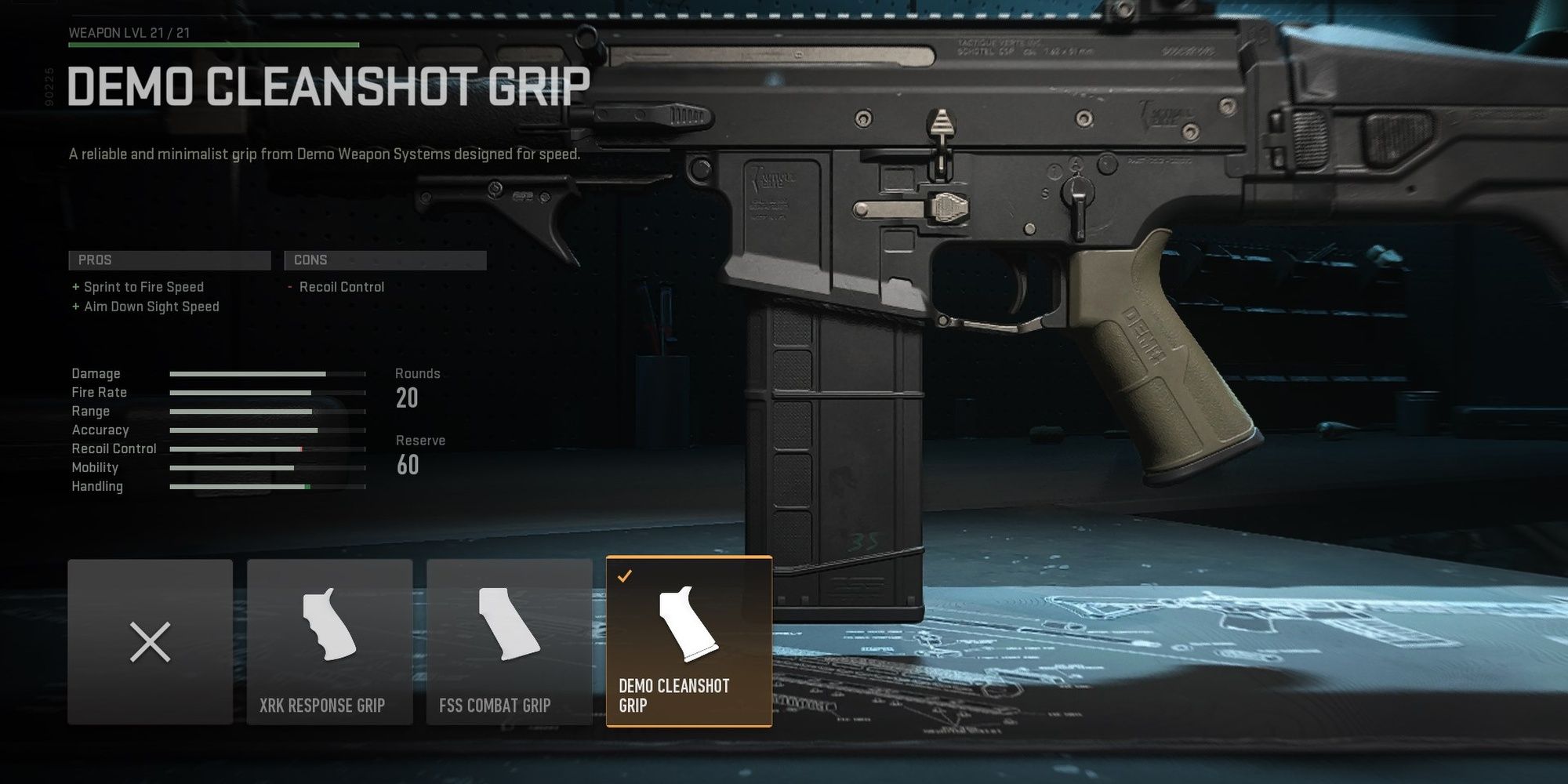 This is a general TAQ-V build that makes it a little better at everything. The only mandatory part of this build is the 30 Round Mag, making it much easier to get multikills with a single magazine. The TAQ-V has somewhat sluggish ADS speeds, so we use the Schlager Peq Box IV laser and Demo Cleanshot Grip to speed up its ADS animation. For general consistency, we use the FSS Sharkfin 90 to make its stability nigh-perfect, allowing you to line up long-range shots with ease. The final attachment is up to you, but we highly recommend you give the Polarfire-S suppressor a try, as it greatly smooths out the weapon's recoil while boosting its effective range.

The TAQ-V will excel in all game types, provided you leave some distance between you and your opponent. Two headshots are all it takes to down someone, and three rapid body shots are enough for most multiplayer modes. It's also a great weapon for melting through armored targets in DMZ and Warzone 2.0. Close and mid-range fights are a breeze with this gun, and short bursts should let you duel opponents at long range.

We recommend a stealthy loadout for the TAQ-V. This weapon has a massive advantage if you can land the first bullet, so we'll be focusing on stealth by using Tracker alongside Ghost. Tracker hides death markers when you kill someone, making it much easier to get the edge on less coordinated teams. Ghost will hide you on the UAV until you shoot, but the Polarfire-S suppressor will delay your radar pings until the next UAV sweep, giving you time to reposition. The bonus perk is up to you, but we recommend using Fast Hands for faster reloads. You can also use Cold Blooded to go all-in on the stealthy playstyle.

As for equipment, you can't go wrong with Semtex and Stun Grenades. If you're dealing with campers in Warzone or objective modes, consider using Drill Charges instead. For Field Upgrades, we highly recommend Dead Silence to make flanking much safer in 6v6 modes. If players aren't noticing your footsteps often, consider DDoS or Battle Rage instead.