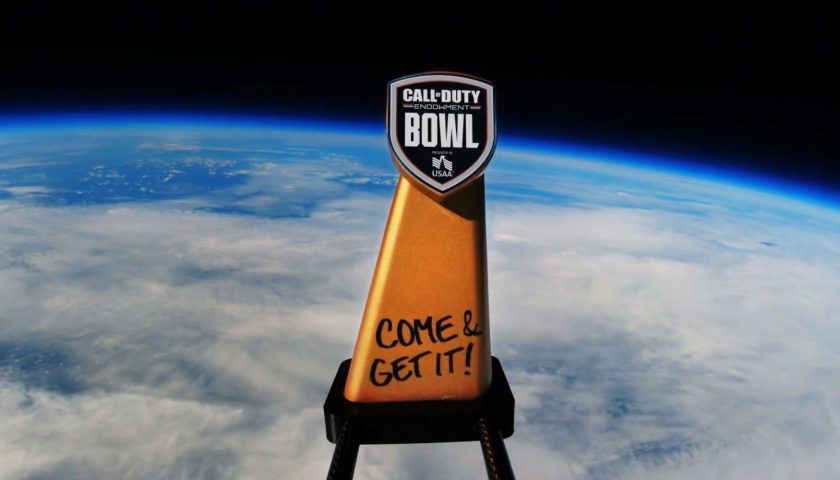 There’s no real prize for the winner other than bragging rights and the CODE Bowl Trophy, as 100 percent of the proceeds go to helping veterans in need. But there’s no prize necessary as the rivalry between these military branches is fierce. So fierce that last year’s winners actually sent the CODE Bowl Trophy into space to keep it from everyone else.

Last year’s winner was the US Space Force, the military branch dedicated to the defense of US interests in the one place uncorrupted by capitalism: space. We don’t exactly know how the US Space Force sent the CODE Bowl Trophy into space, but we do know that the Space Force operates two Boeing X-37B space planes, with everything else being classified. For all we know, Space Force has an entirely new orbital vehicle that was test-fired specifically to get the CODE Bowl into orbit.

The other competitors for this year's CODE Bowl include two teams each from the US Army, Air Force, Navy, Marines, and Coast Guard, as well as the Royal British Army, Navy, and Air Force. Call of Duty streamers are also getting attached to each team from each military branch, including CouRage, Espresso, IceManIsaac, M3rkd by a SKIRT, C9Emz, Spratt, and BennyCentral, with more to be announced as we get closer to the tournament's kickoff.

"This year, the CODE Bowl will take Raleigh by storm with a thrilling Warzone 2.0 battle to see if anyone can pry the trophy away from Space Force," said Dan Goldenberg, Executive Director of the Call of Duty Endowment. "The event will be incredibly fun to watch, but we never lose sight of our important mission of placing the 61% of veterans who identify as being either unemployed or underemployed into meaningful careers."

You’ll be able to watch the CODE Bowl on Call of Duty’s Twitch, Facebook, and YouTube pages.