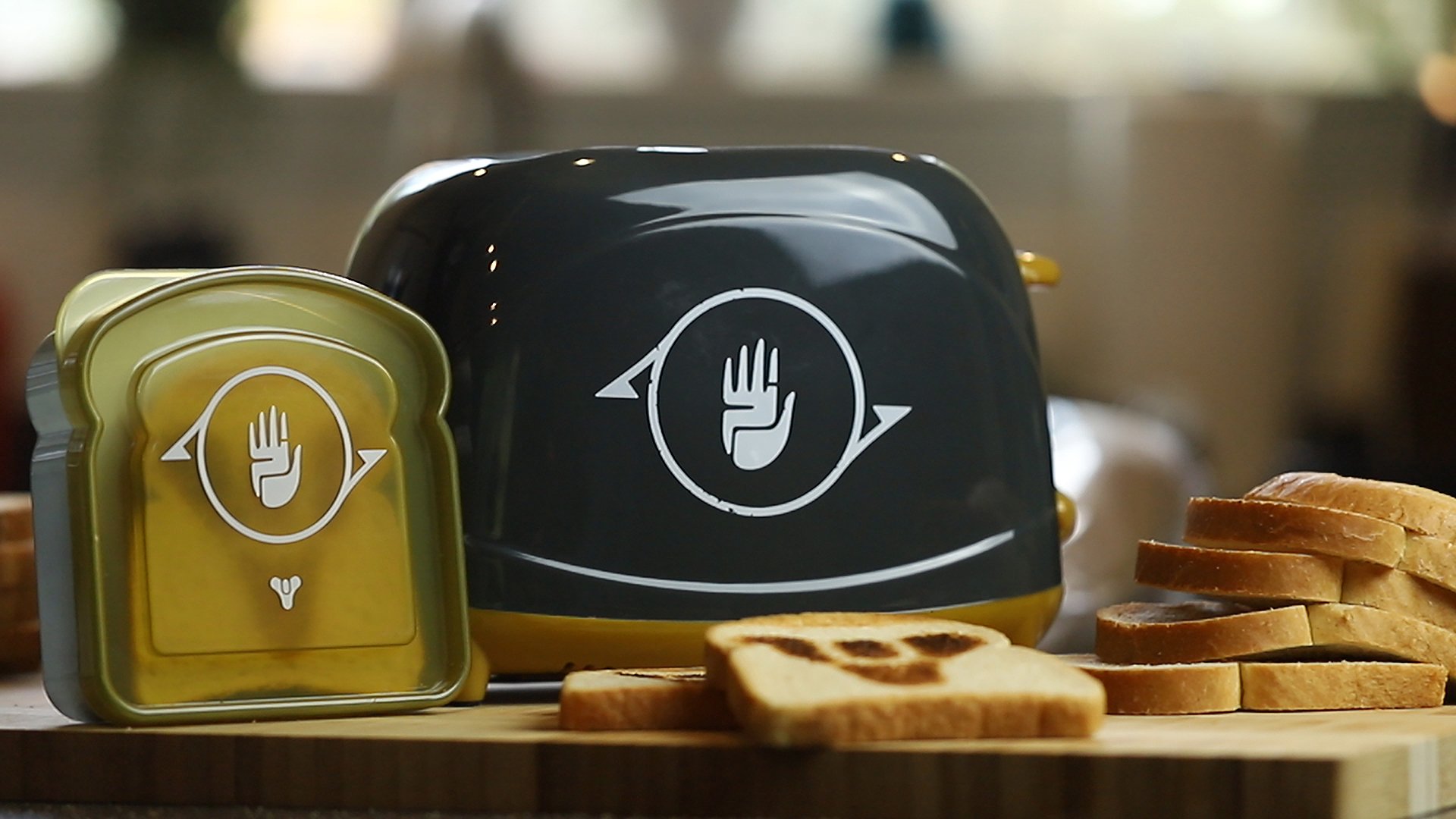 One of the most bizarre pieces of video game merchandise is now available to pre-order from Bungie: an official Destiny toaster for £75.

We really hope we haven’t fallen for an out of season April Fool here but unless it’s all some elaborate joke Bungie is selling a Destiny branded toaster on their official store.

Apparently, the idea came out of a meme spread around by the Destiny community, as they were trying to raise money for the St. Jude Children’s Research Hospital in the US during an official Bungie livestream.

For a toaster it’s pretty feature packed, as it comes with a free sandwich container and a Burnt Edges emblem that can you use in-game. Not only that but it will burn the iconic Tricorn logo into your bread.

The toaster is available on the European version of the Bungie store, but there isn’t a specific UK version, so it’ll come with a standard European Type F plug.

The price is €87.99, which works out at around £75. 10% of that price tag though will go to the hospital, which specialises in treating children and young adults.

You can pre-order now, but it won’t be delivered until between December and January. Pre-orders probably will go pretty fast, so if you want to eat Destiny logos for your breakfast you best pledge your interest now.