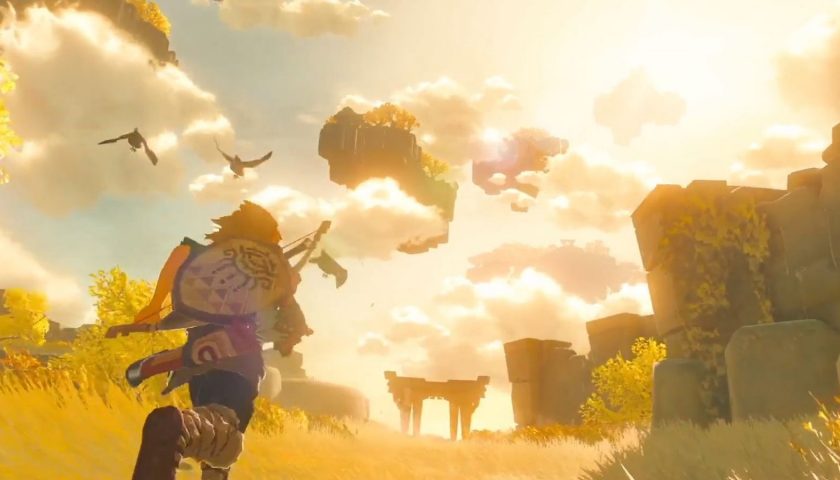 It’s been a long time since we’ve gotten an update on what’s happening with Legend of Zelda: Breath of the Wild 2, but today during Nintendo’s E3 presentation, the developer revealed a brand new trailer. And the next open world journey is aiming for a 2022 release.

Zelda is celebrating 35 years of the series, and fans have remained hopeful that this meant another announcement for Nintendo’s beloved franchise, especially after a rather uneventful affair from this year’s earlier Direct. During today’s showcase, we saw Princess Zelda and link return in a brand new trailer that takes us to a darker, perhaps more Majora’s Mask and Twilight Princess esque realm.

This new video begins with a scream, Calamity Ganon, Zelda falling – it’s all chaotic and reminiscent of what we saw last time. It also gives us a glimpse at a happier Zelda, though, a little less dark from the 2019 trailer with exploration and familiar enemies, but the same distorted music is playing. Nintendo also gave us a peek at what looks like new ways to travel, and there are a few moments that look like Skyward Sword throwbacks.

We saw our first mention of Breath of the Wild 2 back at E3 2019, where Nintendo gave us a short preview into a darker Zelda. In the video, Hyrule’s beloved princess sports a new look with shorter hair, but it seems Calamity Ganon may be ready to rear his head again. There’s also a terrifying track playing in the background, which sounds a bit like one of your classic Zelda tunes, but broken and reversed.

While we haven’t heard much from Breath of the Wild 2 since then, aside from Nintendo telling us it’s still on the way, the voice acting cast did indicate last year their work was finished. So far, there hasn’t been much for Zelda’s big 35th birthday, but Nintendo did confirm earlier this year that it would bring Skyward Sword back in HD, and announced some pretty cool Zelda-themed Joy-Cons along with the remaster.