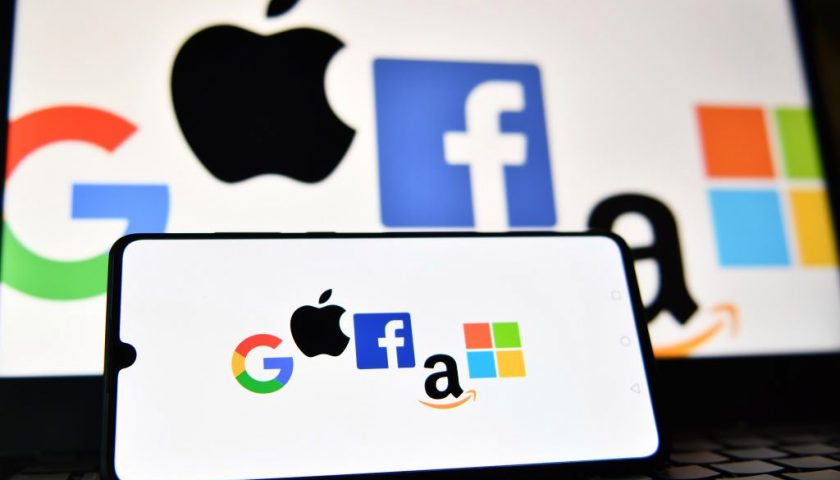 Federal rulemaking must be based on facts, logic, and evidence. Both a 1993 Executive Order (#12866) and the 2003 Office of Management and Budget Circular A-4 require that executive agencies spell out a proposed regulation’s anticipated economic costs and benefits, explain the logic behind their interventions, and compare it to a “no regulation” alternative. These directives were the culmination of efforts begun by President Nixon and continued by Ford, Carter, Reagan, and Clinton to ensure the government analyzes the potential effects of federal regulations on the economy and society. So far, no subsequent American presidents have rescinded this order, which means we are still living in the era of an evidence-based approach to public policy.

This quiet revolution has arguably made life better for many Americans. The Federal Reserve’s use of sophisticated macroeconomic models enabled it to tame inflation in the 1980s and helped reverse deflation during the 2010s. Thanks in part to the EPA’s reporting requirements, heavy metals such as lead pollute far fewer waterways than they once did and sulfur has been virtually expunged from our nation’s skies. The science and economics based approach to rulemaking means that facts — not interest groups, short-term thinking, and populism — can indeed win the day sometimes.

And, of all fields of regulation, antitrust has perhaps held most stringently to these principles. Until now, it appears.

Antitrust policies are in danger of being politicized. And the collateral damage may be the big tech firms that brought us vastly improved search, educational possibilities, and entertainment, global social networks, and same-day delivery of groceries. Whether that is a good or bad idea may be something we should have a debate about.

Big Tech and the consumer-welfare question

Over time, the consumer welfare approach to antitrust has become embedded in the DNA of both the Justice Department and the Federal Trade Commission, the two federal entities tasked with enforcing the Sherman and Clayton Antitrust Acts, as well as other legislation around competition policy. Basically, this paradigm focuses on the impact that firms’ mergers and so-called unilateral conduct (for example, an exclusive deal forged between an upstream producer and downstream distributor) has on the quantity and price of goods and services. Potential effects on innovation are also salient. Matters such as how concentrated markets are and firm size get far less consideration (they can be helpful but are not always reliable). The metric that really matters is whether consumers are better off in the wake of firm behavior or not.

To put flesh on this idea, and how it relates to evidence-based policy and cost benefit analysis, consider a recent antitrust case. Forty-eight attorneys general and the Federal Trade Commission (FTC) sued Facebook in December of 2020. They accuse the digital platform of being a monopoly that has abused its market power to harm competitors and other market players such as app developers. The suit specifically complains that Facebook’s acquisitions of WhatsApp and Instagram kneecapped potential rivals, conferring the social network with an “unfair advantage.” The FTC proposes that Facebook potentially divest itself of these properties.

In order to be successful under the consumer welfare approach, the government’s case ultimately has to have some connection to consumers — and must demonstrate that they have actually been harmed by Facebook. What was the effect of these mergers or Facebook’s subsequent behavior on prices and innovation? Facebook’s size is not necessarily an indicator of a monopoly. In economics, monopoly is a technical term that implies that the price of a good or service is sky high — allowing a firm to rake in profits that are much greater than the typical ones associated with most goods and services — because its quantity has been rationed by exactly half.

A further complication: Facebook’s services are free. How can something with a price equal to zero harm consumer welfare, especially when there are several potential substitutes in the form of Linked in, Pinterest, Reddit, YouTube, TikTok, and even fledgling Clubhouse? Most of these digital platforms monetize consumer data to better target ads to their users — ads they are always free to ignore. Indeed, rather than ration the quantity of its products, Facebook has encouraged many more exchanges between businesses (big and small) and consumers than would have otherwise taken place.

It’s also going to be hard for the government to make its case under the consumer welfare approach when Facebook’s spending on R&D is among the highest of any company in the world. This implies not only that future innovations are in store but also that the social media giant is not, contrary to popular belief, a natural monopoly. It should therefore not be regulated as such. Natural monopolies, such as electric utilities, have a far different cost structure from Facebook’s: As they expand their offerings, the costs of servicing an additional customer falls like a stone because they can spread the same infrastructure over more users. Facebook’s R&D spending and its captial expenditures in general suggest the opposite is true for its digital platforms. Indeed, this is the case across digitial platforms.

If we regulate without robust, evidence-based analysis …

But this may all be a moot point. The consensus that antitrust should be primarily, if not exclusively, about the price of goods and services and innovation is currently under attack by some scholars, pundits, politicians, and advocacy groups. Critics claim that lax antitrust has led to increased market concentration and monopolies in the tech sector, ushering in “less entrepreneurship,” “restrictions on free speech,” “fewer privacy protections,” and “the abuse of consumer data.” Companies like Amazon are accused of harming players up and down the retail supply chain and “unfairly” pricing out brick and mortar retailers. They are also accused of exacerbating inequality and being too “systemically important” due to their size, market impact, interconnectedness, and “low substitutability.” Finally, there is the fear that big tech firms’ market power translates into political power and is bad for democracy.

The problem with populist approaches to antitrust is that they are not yet disciplined by the rigorous, if not tedious, strictures that guide the consumer welfare approach. Their claims about the impact that Big Tech and other companies have on our economy, society, and political system may all be well and true. But, for now at least, they are mainly just that: claims that have not been proven. Fears. Suspicions. Widely held beliefs perhaps. Not veritable truths. And no framework has been proposed hitherto by the proponents of the so-called Neo-Brandeisian antitrust school to adjudge their claims in a systematic and satisfactory manner — one that is transparent about assumptions, clear about logic, and objective regarding the analysis of evidence.

Under the consumer welfare approach, by contrast, one has to use quite rigid economic analysis and hard math to arrive at whether a firm both exercises and abuses market power in a particular market; not only does that market have to be defined first, but it has to be defined in relation to potential substitutes. One also has to make assumptions about consumer demand (how responsive it is to price increases) and supply (the costs incurred by firms producing/providing an additional unit of the good/service). And one has to use fine-grained data that observe real firms in real markets to simulate the potential effects on a merger between two potential rivals on subsequent quantities and prices.

Then there are the anticipated impacts on innovation. Firm size is simply not a useful metric. Large firms, some of them monopolies, have given us some of the greatest innovations the world has ever seen, including smartphones, software, and the digital platforms and cloud computing infrastructure that connect the globe together and literally kept the world’s economies afloat during the Covid-19 pandemic.

Whatever future path antitrust policy takes, it is certainly the case that the logic and evidence-based approach to regulating competition suffers from a misinformation problem these days. The public, as well as many well-meaning policymakers, tends to misunderstand what digital platforms are (multi-sided markets), what market concentration actually says about competition and consumer welfare (fewer rivals may imply greater efficiency and thus lower prices), how to define and measure “monopoly” (none of the big tech firms satisfy the narrow definition because, again, it’s based on prices for actual products and whether or not there are substitutes, not the number of firms or their size), how to identify whether firms abuse their market power to crimp competition (a technical issue that is actually quite rare), and what remedies, if any, policymakers should employ in relation to digital platforms.

Breaking up Big Tech is a radical solution in search of a problem. Something simple like a consent decree, which could target limited solutions based on empirically verified problems, might make more sense. While these have not always totally worked in the past when applied to Big Tech, they are not toothless either: The FTC recently brought down the hammer on Facebook, imposing a record $5 billion fine after it fell short during the Cambridge Analytica scandal of upholding the terms of a 2012 consent decree governing user data. Its 2019 order also “requires Facebook to restructure its approach to privacy from the corporate board-level down, and establishes strong new mechanisms to ensure that Facebook executives are accountable for the decisions they make about privacy, and that those decisions are subject to meaningful oversight.” So far, there is no reason to believe this remedy has not worked.

The larger conversation, of course, is about what basis we use to conduct public policy, including antitrust. If we were to get rid of a cost benefit analysis rooted in a deep understanding of the effects of regulation informed by economics, what would we replace it with? And the replacement would be a solution to what problem, exactly? The fear is that this would open the door to even more polarization, populism, and short-term thinking. Can the country really afford more of that? I suppose this is itself ultimately a testable claim, and we may all be due to find out soon.

Victor Menaldo is a professor of political science, co-founder of the Political Economy Forum at the University of Washington, and the co-author of “Authoritarianism and the Elite Origins of Democracy.” He is currently writing a book on the “Fourth Industrial Revolution.”