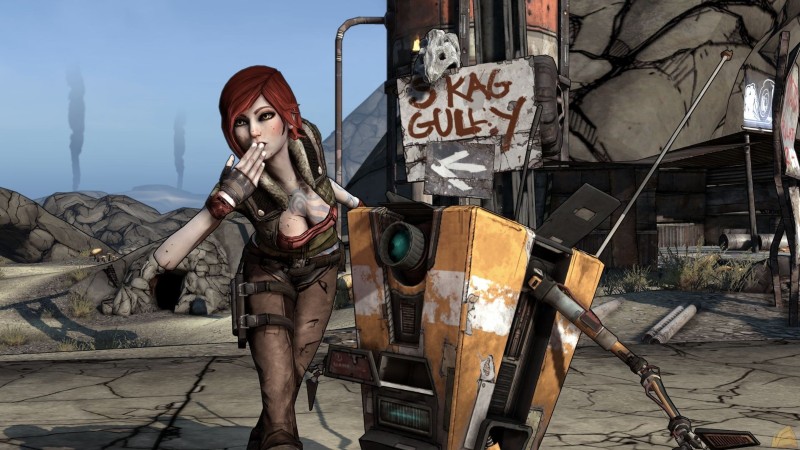 The Borderlands movie has already cast several of the series’ most well-known characters, from Roland to Claptrap to Tiny Tina. The latest casting announcement, however, is for a mysterious new character that actress Haley Bennett has been tapped to portray.

Bennett starred in 2019’s Swallow and has appeared in films such as The Magnificent 7 (Emma Cullen), The Girl on the Train (Megan), and, most recently, Hillbilly Elegy (Lindsay) and The Devil All The Time (Charlotte). According to IGN, the only clue to Bennett’s character is that she’ll be have some sort of important connection to Lilith. That’s an interesting clue, and it’s not surprising to see an original character appear in this thing, as video games adaptations tend to do.

The Borderlands movie is being directed by Eli Roth and distributed by Lionsgate. It currently has no release window, and is set to begin filming in Budapest sometime this year after enduring pandemic-related setbacks since its announcement in February 2020. Several key characters from the Borderlands franchise have already found their performers; choices that, thus far, seem to have polarized fans of the games. Here’s a list of the confirmed cast so far:

We still don’t know anything about what the plot will entail nor who the villain will be (though one would think it’ll be Handsome Jack, right?). The movie is live-action, but it’s unknown if the film will incorporate the game’s signature cel-shaded aesthetic in some way.

So Borderlands fans, what do you think of throwing a new face into the franchise. Any thoughts on Haley Bennett as an actress? How do you feel about the confirmed cast so far? Sound off with those hot takes in comments!