Love it or hate it, Borderlands 3 has always worn its humor on its sleeve. The series has never been above making references, and the secret boss in the Psycho Krieg and the Fantastic Fustercluck DLC fits perfectly in line with that trend. Here’s how you can find out who lives in a pineapple in a psycho’s brain, and kill him for some sweet loot.

Spongeboss Bulletpants is the type of boss name you can only find in a Borderlands game, and lo and behold he’s waiting to be found in the Psycho Krieg and the Fantastic Fustercluck DLC. If you simply go through the story you’ll never even spot this secret boss, let alone challenge him for some unique loot drops. If you’re looking to squeeze all the content you can out of this latest DLC for Borderlands 3, you won’t want to miss out on this optional boss.

Before you can reach the zone where Spongeboss Bulletpants lives in the Psycho Krieg DLC, you will need to make some progress in the main story mission. Once you’ve used the catapults to knock down the gate of Crimson Castle you’re able to reach Spongeboss. 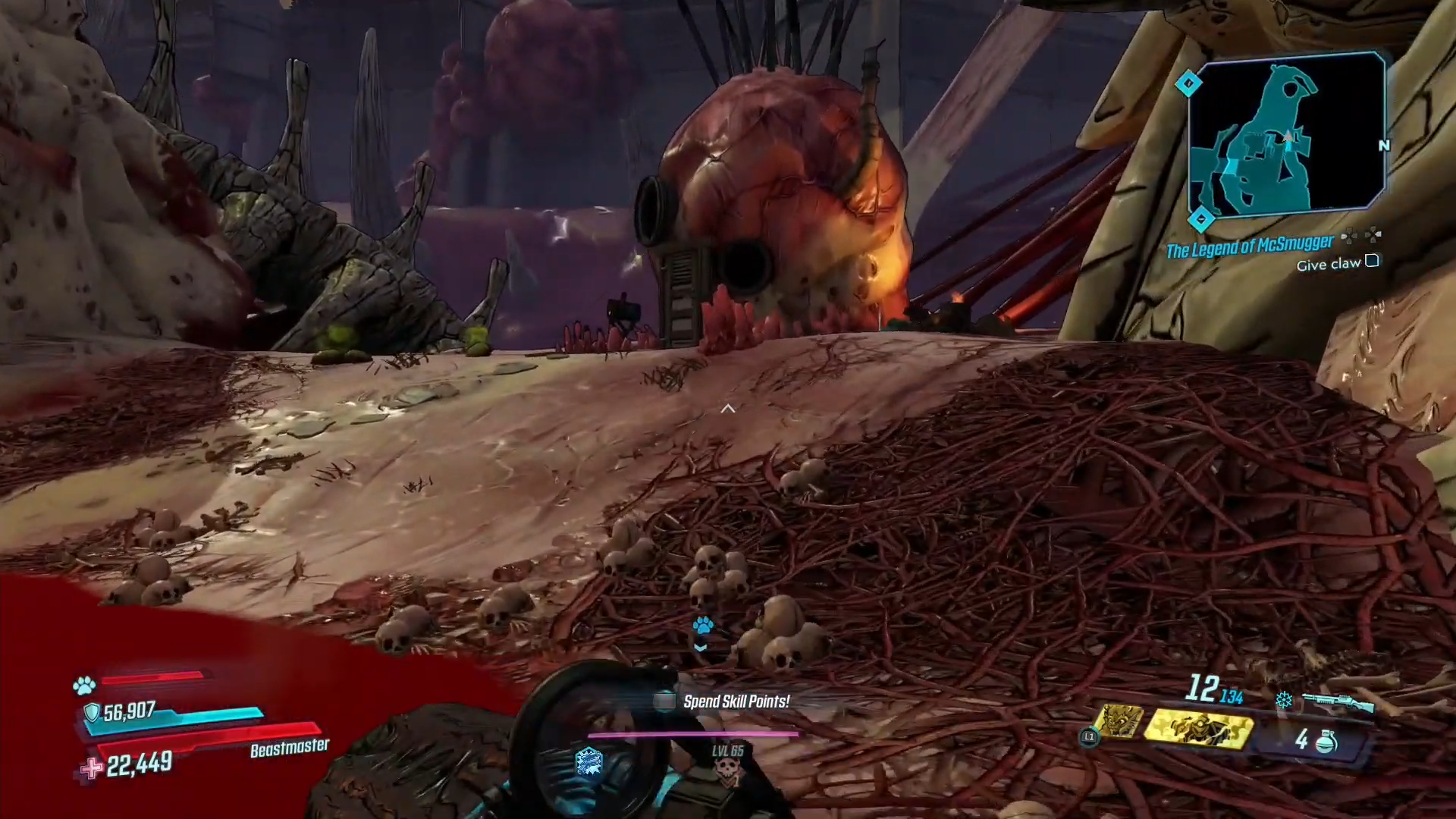 With the gate breached, hold off on going inside, or backtrack to the location of the third catapult if you’ve already gone beyond this point. On the pathway up to the third catapult there is a pathway leading off to a small area to the right. Take it and look for a what can almost pass as a pineapple house. Once you approach it, Spongeboss Bulletpants will come out to greet you. And by greet you I mean try and kill you.

Spongeboss, taking his namesake seriously, is a major bullet sponge. He can soak up tons of ammo in his various phases, plus is high level and can dish out some good damage on his own, so make sure you’re fully equipped before challenging him.He’s wielding a gun that, of course, shoots bubbles at you that deal radiation damage, so if you have a shield that is strong against that damage type throw it on.

You have two options when fighting him depending on how much of a challenge you want. You can just kill him as normal, chunking down his health until he dies, or you can level him up for even greater rewards. 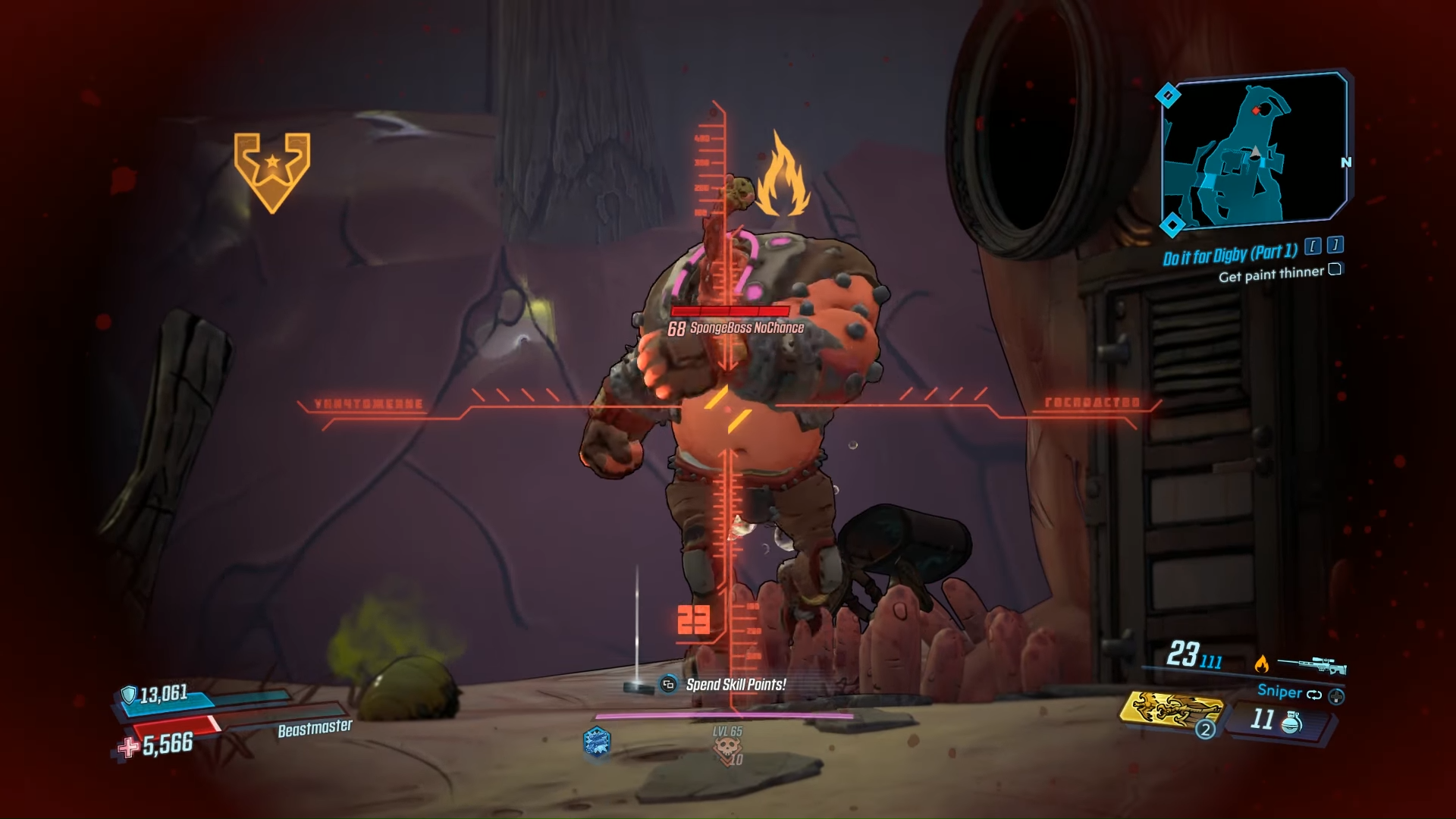 The first way to level up Spongeboss is to just shoot off his helmet. This will transform him from Spongeboss Bulletpants into Spongeboss NoChance, and very not Spongebob-like extended skull with protruding eyeballs. He will also be leveled up and thus a tougher fight, but that’s not even his final form. You can actually level Spongeboss up another four times.

To max out Spongeboss’s level he will need to grind out some kills. Kite him down to the nearby area where some spiderants spawn and let them go at it. He should target the mobs himself, giving you a brief breather. You could also speed up the process if you want and soften up the ants for him, but they shouldn’t even scratch his massive health pool. 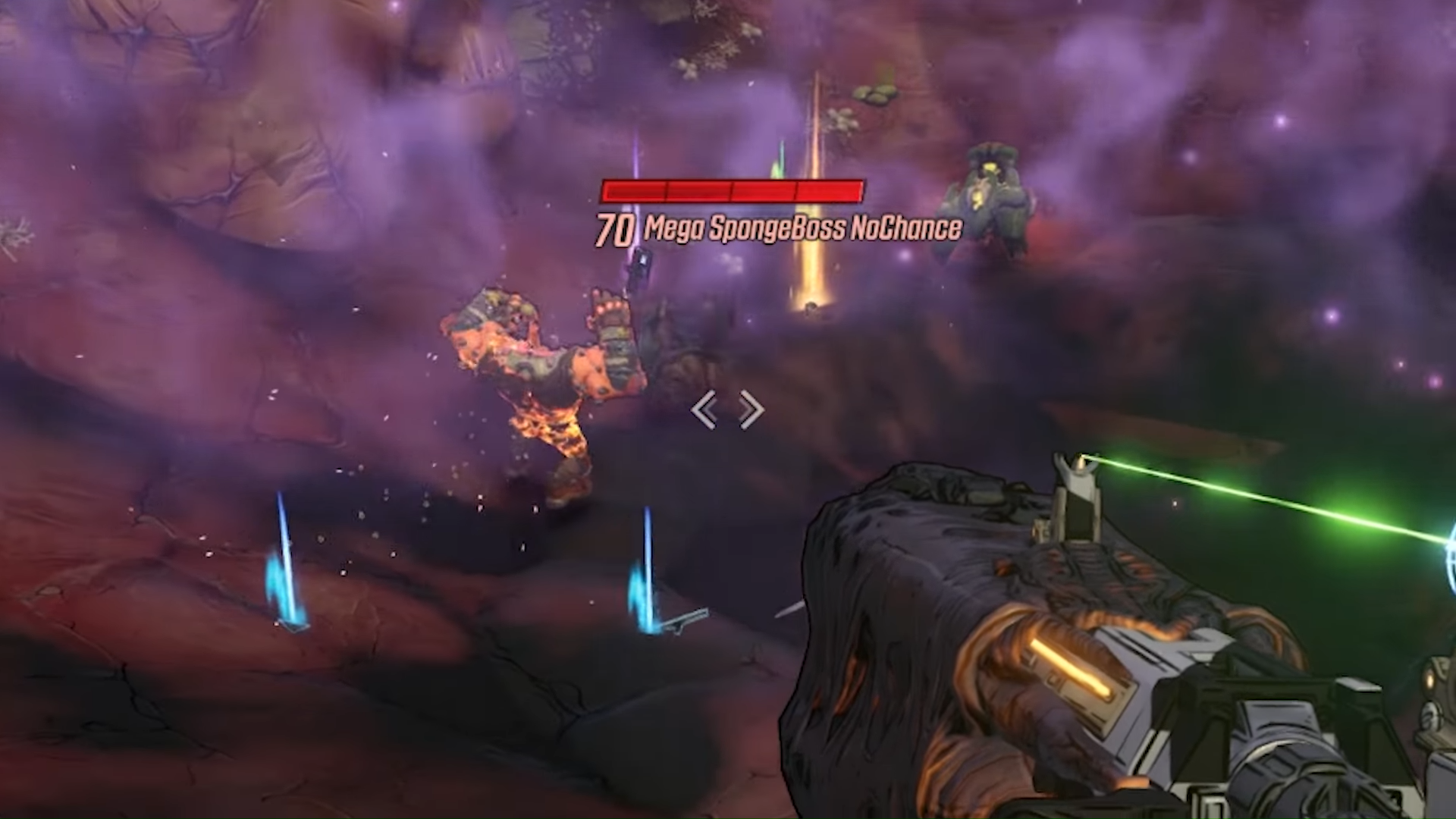 Regardless of what level you kill him at, Spongeboss has a chance of dropping several rare pieces of loot including the P.A.T Mk III. Some have claimed to find it as a random drop throughout Borderlands 3, but it is confirmed that you can get it by farming Spongeboss.