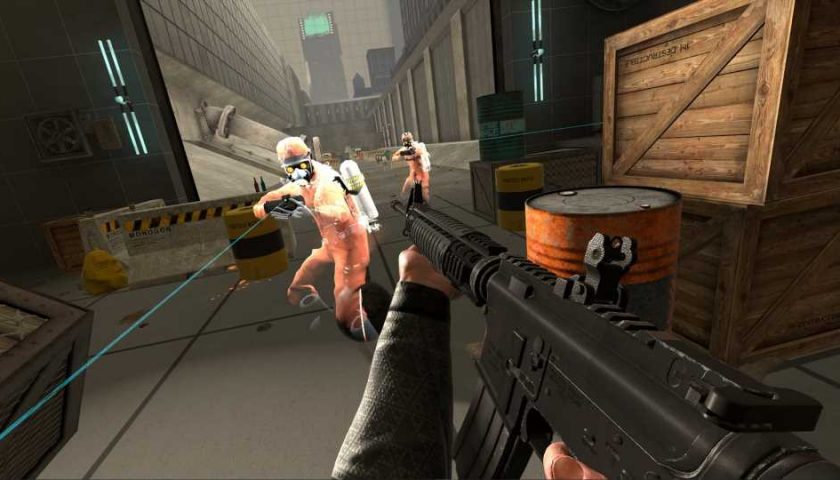 The follow-up to Boneworks, set to be revealed tomorrow, won’t have downgraded physics on Quest 2, its developer says.

Asked if the Boneworks physics engine might be cut back because the game is running on the standalone headset, Stress Level Zero’s Brandon J Laatsch replied: “Not at all. Quest 2 lacks the GPU power of a PC, but the CPU is pretty strong.”

Released as a PC VR exclusive in late 2019, Boneworks set the bar for physical interaction in VR, giving every object in its world a tactile sense of weight and handling. As with other PC-to-Quest releases, it’d be easy to assume much of that complexity would need to be scaled back in the Quest version. But we’ve also seen other Quest games that are capable of handling complex physics, including multiplatform titles like The Walking Dead: Saints & Sinners and Gorn as well as specialized ports like Blade And Sorcery: Nomad and even more recent games like Tentacular. Certainly, there’s a lot of evidence to suggest that Quest can handle Boneworks-style gameplay.

For now, we know that Stress Level’s next game will be properly revealed during tomorrow’s Meta Quest Gaming Showcase, which kicks off at 10am PT. We’ll see around 90 seconds of the game running on PC, but it’s coming to both PC VR and Quest 2 headsets. Laatsch has also strongly suggested that the game could support PSVR 2 at some point in the future, too.

What are you hoping to see out of tomorrow’s Stress Level Zero reveal? Let us know in the comments below!