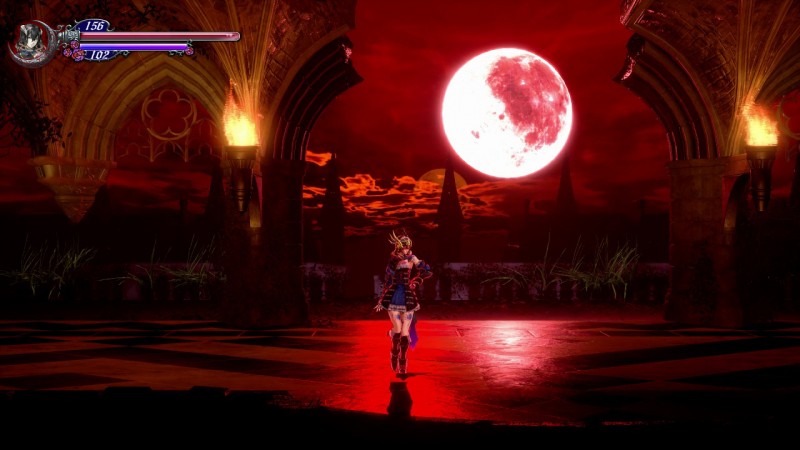 For the past week, a lot of Castlevania fans have been singing the praises of Bloodstained: Ritual of the Night, the Metroidvania-successor from former Castlevania producer Koji Igarashi. There have been a few speedbumps in the last week, but overall reception has been strong. While the game released on PlayStation 4, Xbox One, and PC last week, the Switch version was delayed a week for optimizations. Now that backers and purchasers have the Switch version in their hands, they are not happy about the quality of the port.

Players are reporting that Bloodstained on Switch suffers from a multitude of different problems, ranging from major graphical downgrades to frequent crashes. Your mileage may vary, so things might not bother or affect you, but a lot of fans are claiming that publisher 505 Games and developer ArtPlay were not upfront about the this version before release and certainly not before backers lost their chance to choose another platform.

On a Switch megathread on the Bloodstained subreddit, owners are saying that the lower FPS is making the action game feel significantly slower, lagging and sometimes even lost inputs, blurry textures and missing effects like rain in the opening area, a resolution going as low as 540p, and an overall darker game making platforms hard to see. While a lot of Switch owners did not expect the lower-power hardware to be exactly the same and preferred portability to parity, many in the thread are complaining about how the Switch version is so much worse than they expected considering the base game.

YouTube channel DirectFeed Games did a comparison between the PS4 and Switch versions in the game’s opening area.

The core argument from fans is that the publisher did not indicate the Switch version would be quite this bad. At PAX East earlier this year, reports of the show floor Switch demo were pretty poor, but publisher 505 Games insisted that this was an early version that would be fixed before release, according to USGamer. Elsewhere on the internet, a conspiracy theory has been brewing that the Switch version was delayed not for optimizations, but to keep it out of the initial reviews.

Perhaps most critically, reports are ubiquitous about crashing on the Switch version. “The game has crashed on me a few times. And after the second crash the Switch made me re-download everything again, saying that the download was corrupted,” reads one complaint.

During its Kickstarter, Bloodstained added both Wii U and Vita versions to their stretch goals, despite being developed on Unreal Engine 4, which neither of those consoles supported natively. ArtPlay tasked Armature, the studio made of former Metroid Prime developers from Retro, with porting those versions by first porting Unreal Engine 4 over themselves. This plan was straight madness and over the years those versions were cancelled and replaced with the Switch port, which did natively support Unreal Engine 4. That said, even if a console supports an engine, it doesn’t mean porting is easy or simple to downscale, as appears to be the case here.

While writing this story, a backer email went out specifically about the feedback on the Switch version written by 505 Games community manager Jason Ryan. The email reads:

“We have been listening to the feedback regarding Switch performance. Our goal is for everyone, regardless of platform, to be able to enjoy the game and have it run smoothly. We want to live up to your, and our, expectations.

Throughout the QA process we have been addressing performance issues in the game. Update 1.01 was published to Switch prior to launch to add content and improve performance. It did not accomplish as much as we had hoped and we need to do more.

To address the concerns brought up by the community we are immediately shifting resources to improve performance and stability for the Switch. You can expect a number of small updates that will improve different areas of the game rather than waiting longer for one big update. We will have more details as we dive into the work.”

Bloodstained is currently available on PlayStation 4, Xbox One, Switch, and PC.