Messengers are the most unique NPCs in Bloodborne, essentially functioning as a personified version of the Orange Soapstone system seen in the Dark Souls games. FromSoftware always encouraged interactivity in their games, but the Messengers add a layer of personality to leaving a message behind (and simply playing through the game) by coming equipped with several skins that change their appearances.

Messenger skins are all unlocked by different means, but do a good job at giving Yharnam some much needed life. Bloodborne is a dreary game filled with darkness, and the small Messengers might be the only respite players have from the horrors around them. While most Messenger skins can still be obtained in Bloodborne, three are unfortunately locked behind pre-order DLC that FromSoftware has never sold on PSN. 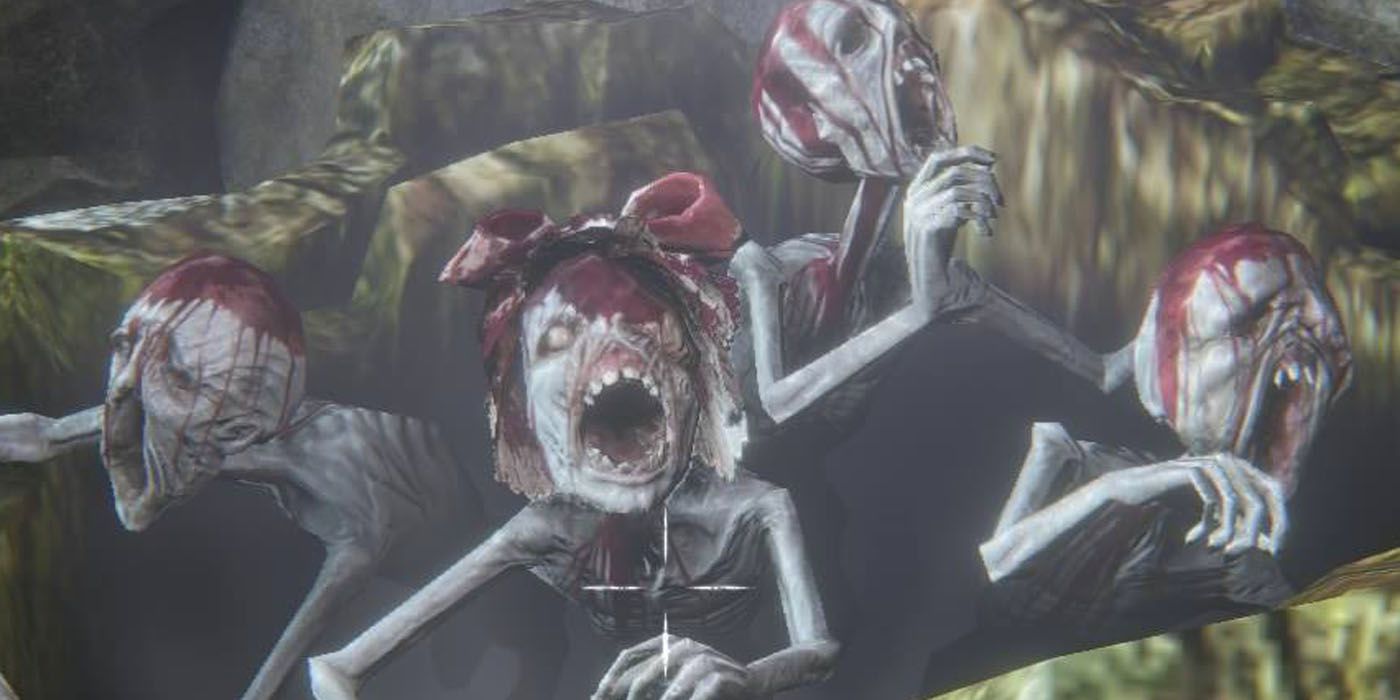 The Red Messenger Ribbon can be obtained relatively early into Bloodborne, but it requires condemning a young girl to a cruel fate. All Father Gascoigne’s daughter wants is to find her mother and for her father to come home. Her home can be found in Central Yharnam, right by the elevator shortcut heading deeper into the area.

Agree to find her mother’s broach, kill Father Gascoigne, plunder the brooch in the boss arena, and bring it back to the girl. Once you give her the broach, the Red Messenger Ribbon can be looted off her corpse in Central Yharnam, presumably mauled to death by the Maneater Boar in the sewers (or whatever other horrors found her on the way.) 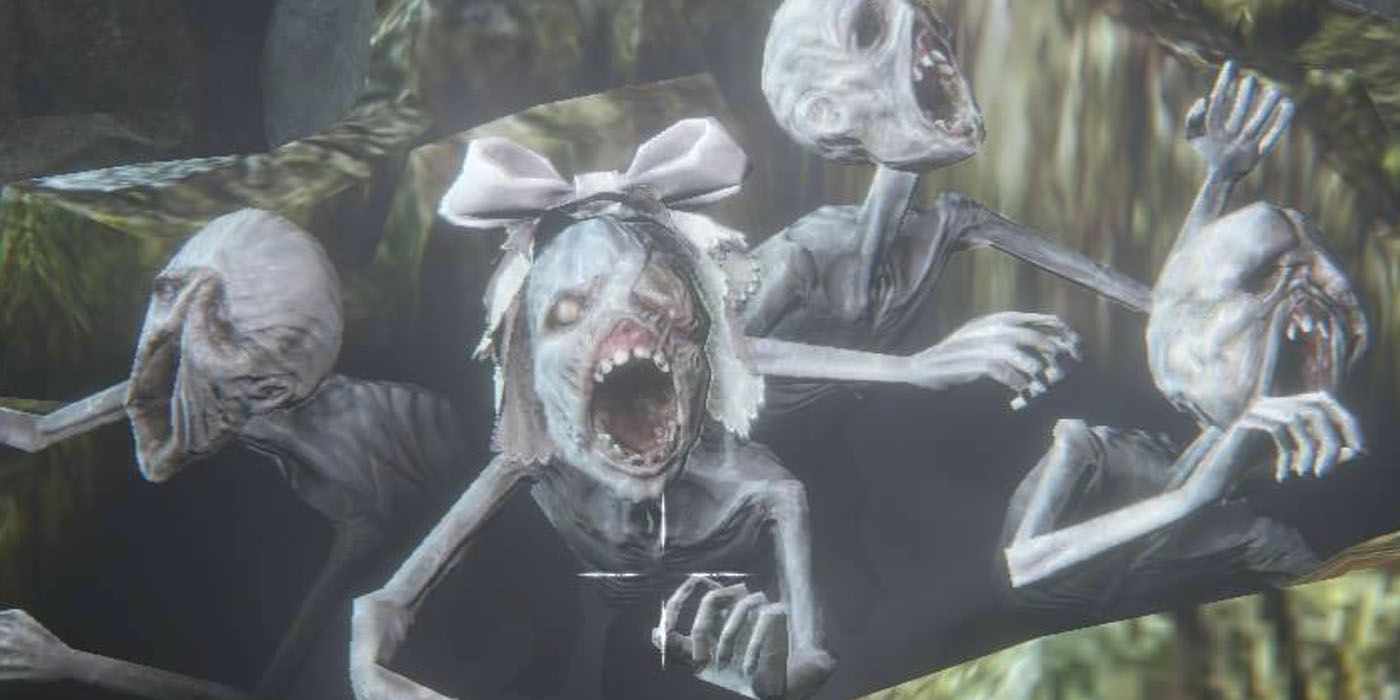 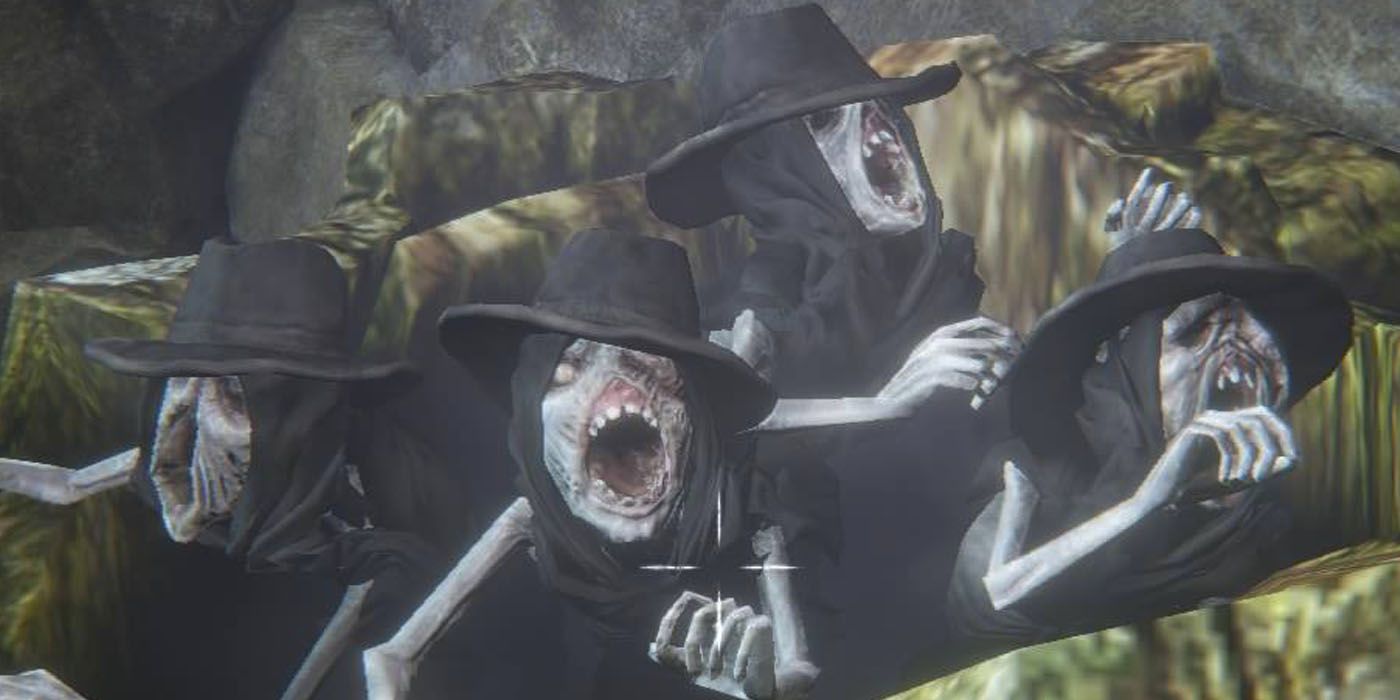 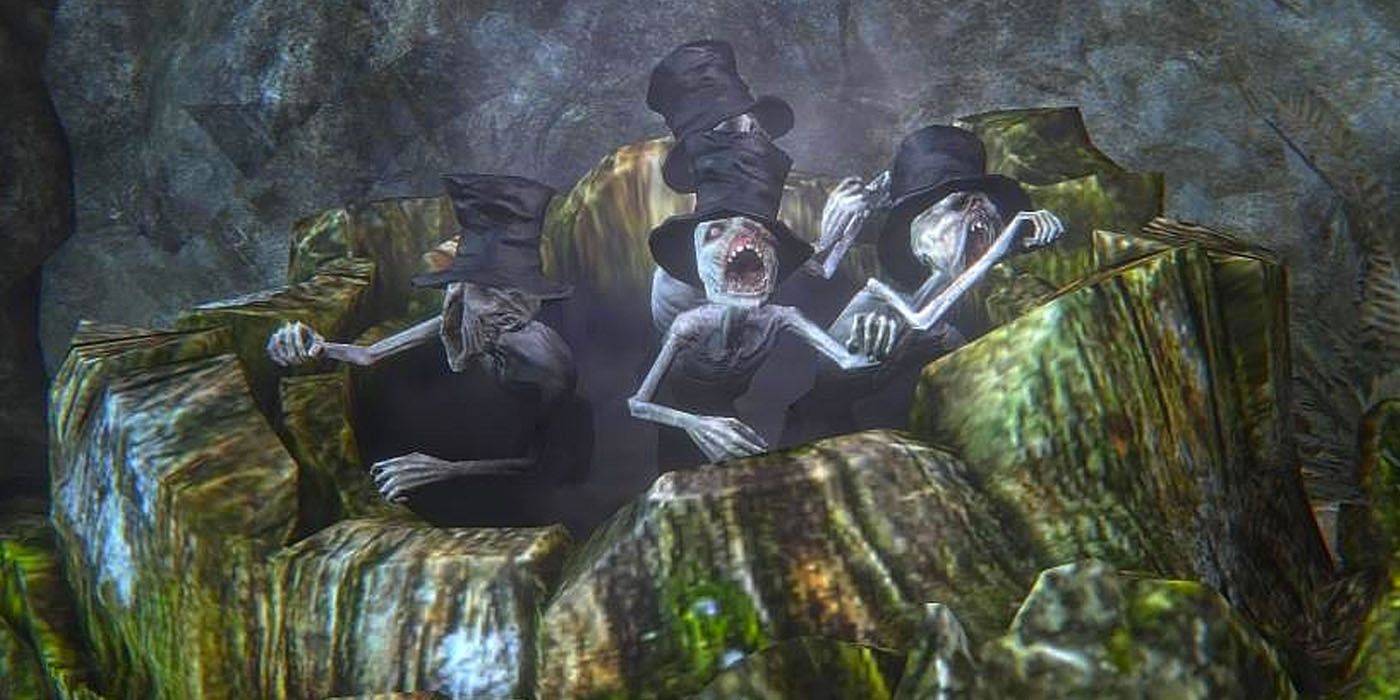 Drop down the wooden beams, making sure to land on any that have items. The Messenger Top Hat should be the closest towards the top. Be very careful dropping down, though, as one wrong move will mean immediate death. If nothing else, it takes no time running back here for another try.

The Messenger Urn Festival is also attached to the elevator unlocked by defeating the Blood Starved Beast, but it isn’t actually found inside of the Healing Church Workshop. While going up the elevator, players might notice that there’s an opening towards another floor that they fly right past.

While going up, walk through this opening and turn left to follow the rooftops down to a balcony below. The Messenger Urn Festival will be inside of this chest in the upper area. Pillage your treasure and head on out. 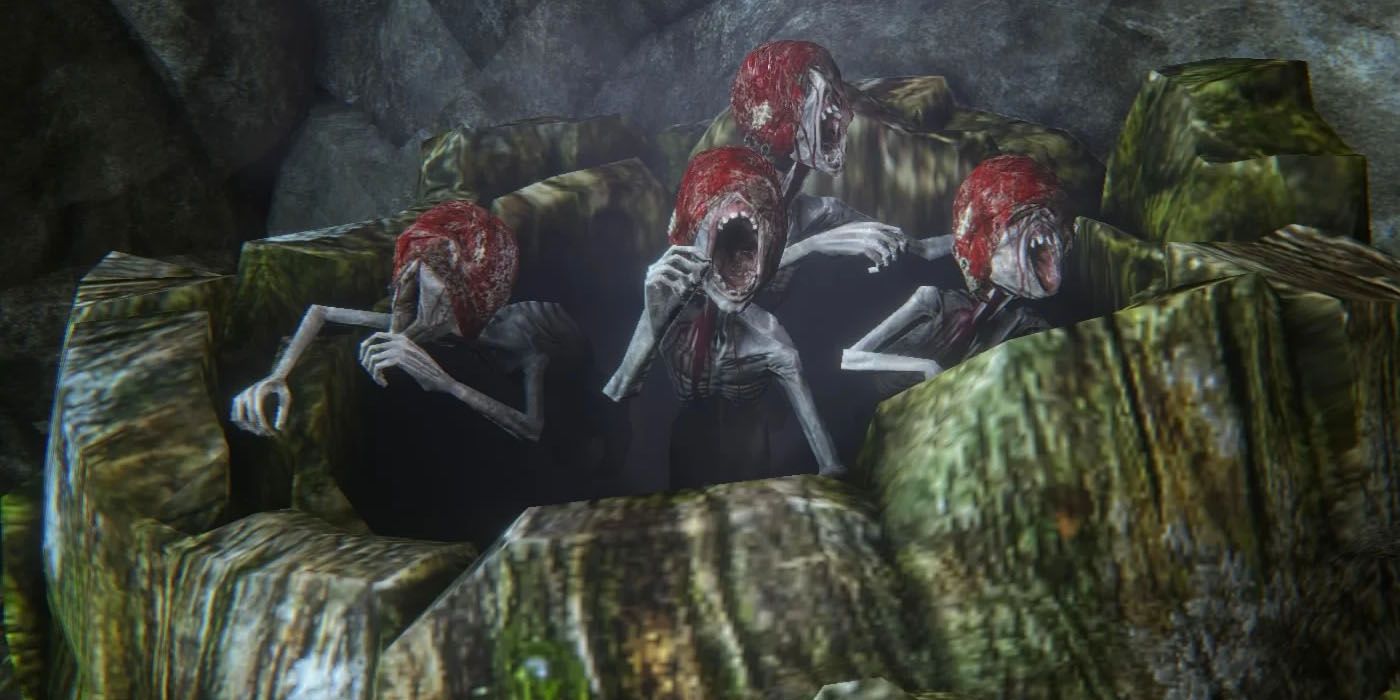 The Bloody Messenger Head Bandage can be found in Old Yharnam, right by Djura. Djura is the Gatling Gun Hunter who’ll shoot players on sight if they enter Old Yharnam through the front. To make sure Djura doesn’t target you while hunting for the skin, make sure to either kill him on an earlier visit or befriend him by sneaking through Old Yharnam (for the first time) through the back entrance.

After climbing the first ladder up towards Djura, turn right and fall off the walkway. Head into the room with all the wooden platforms, and walk on the path until hitting the beams. Drop down to the wooden platform below the beam and then jump to the platform all the way to the right. The Bloody Messenger Head Bandage will be there. 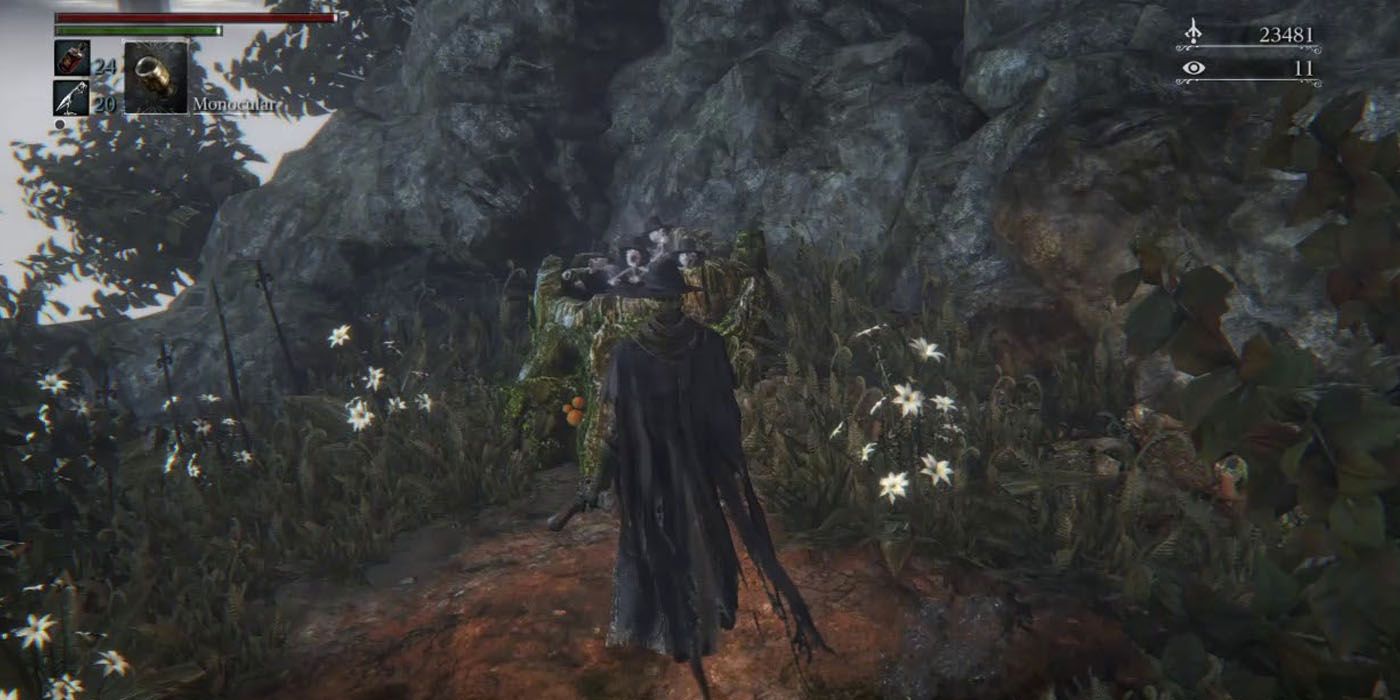 Exclusive pre-order DLC is never a good idea in practice, locking out content for future players. This has unfortunately ended up the case with three of Bloodborne’s Messenger Skins: the Worn Top Hat, the Yharnam Messenger Hat, and the Messenger Head Bandage.

Next: Bloodborne: How To Get Every Umbilical Cord (& Beat The True Final Boss) 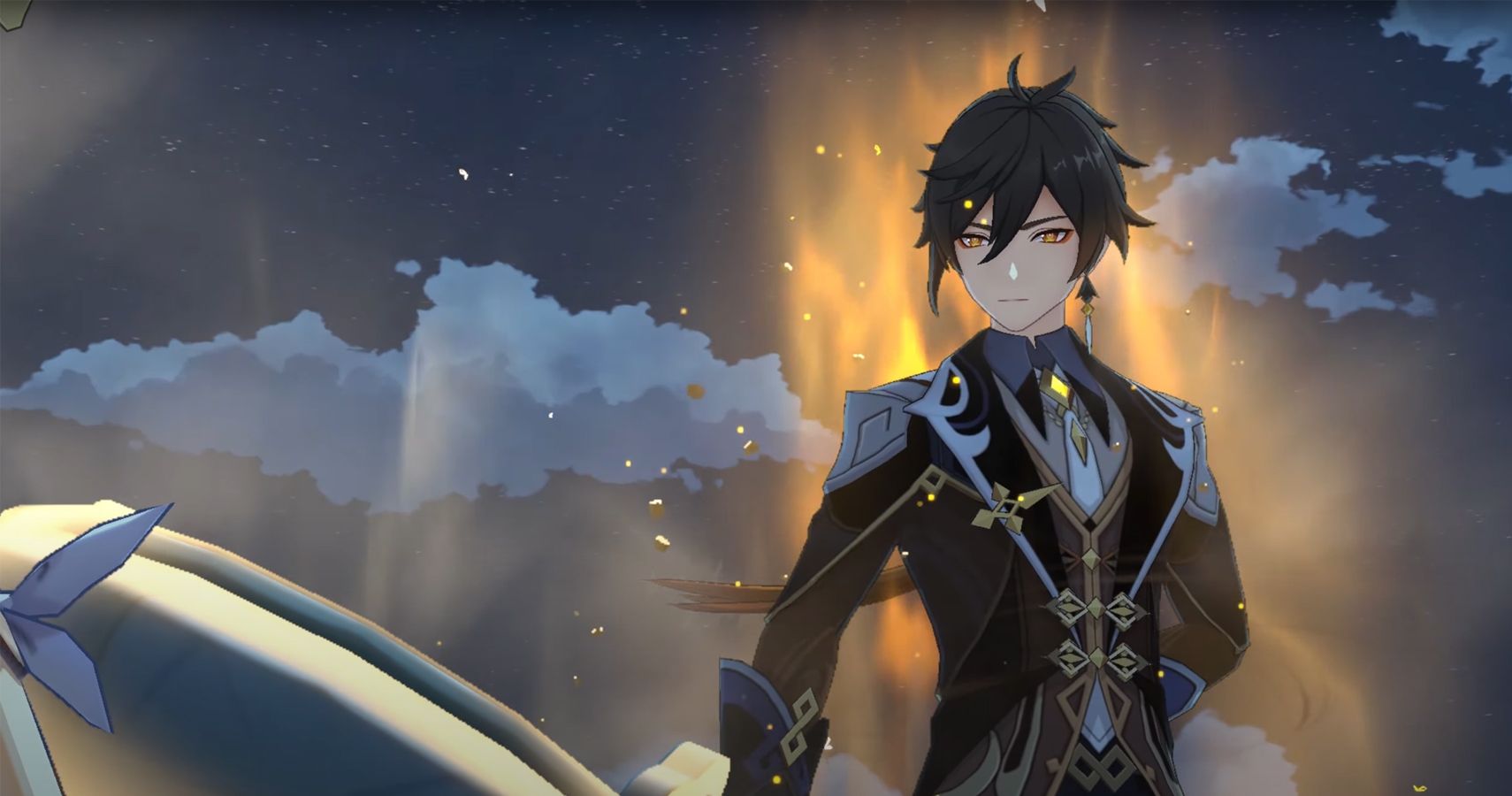