I like to think of myself as a bit of an aficionado of sports titles, but the Blood Bowl series had previously passed me by. I had window watched it, of course, but just as I have never been able to get into golf the way I have with practically every other sport, I had never actually played Blood Bowl. As a result, my hands-on preview of Blood Bowl 3 was a baptism of fire.

The game had always seemed like Fire Emblem meets Madden by way of bloodthirsty orcs and with dice rolls sprinkled in, which is largely accurate, but there’s a lot more depth under the surface. Both Fire Emblem and Madden are relatively simple to get to grips with, with the ability to become more complex as you absorb their myriad systems. Blood Bowl 3 hits you with these complications right from the start.

There are a lot of hardcore Blood Bowl fans out there who already know the game’s basic structure, but six years on from Blood Bowl 2, surely it’s looking to expand its audience rather than just consolidate it – but from what I’ve seen, Blood Bowl 3 isn’t all that keen on welcoming newcomers. There are a couple of caveats to this; the full experience will have a tutorial and a campaign, while the preview beta I’ve spent the last week with did not. However, neither of those will really fix the underlying complexities that hinder what could be an incredibly fun game that delivers on both goofiness and spectacle. 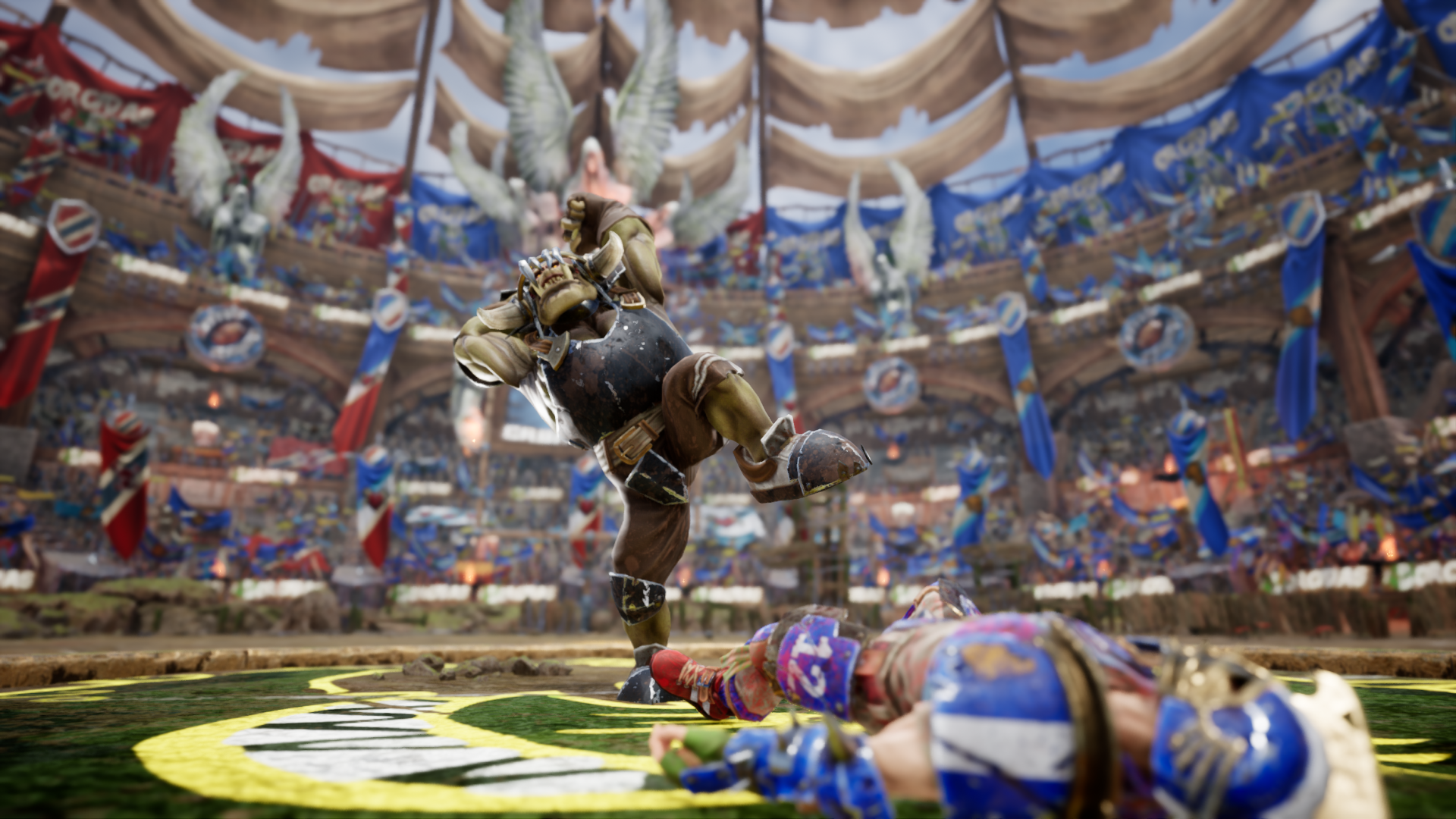 What I mean by that is the longer I played Blood Bowl 3, the more I understood it on a logical level; I knew what dice rolls meant, I knew how to score, how to pass, and so on. What I understood less was why. A few times, I tried to move one of my players a few squares, sometimes for tactical reasons and sometimes because I was just figuring out movement. I rolled a dice to see if this was successful – when it was not, as was the case fairly frequently, my characters tripped and fell. What does the chance of a player tripping and knocking themselves out when moving one or two squares add to the affair? It was as if I was translating a cookbook from German, then after finally figuring out all the words, it turned out the cake wanted me to mix the hair from a barber shop floor in with the milk and eggs. I understand it now, but that doesn’t mean it makes sense.

It’s a shame because when the dice roll went in my favour, the game was wonderful fun. The cinematics as the players clash are as violent as they are silly, with the commentary to match. Nothing in Blood Bowl 3 takes itself too seriously, and even though the jokes are pretty corny and the commentary lines start to repeat even within a single game, you want to laugh along with it. Everything about Blood Bowl 3 offers a fun, easy going time – apart from the gameplay itself. 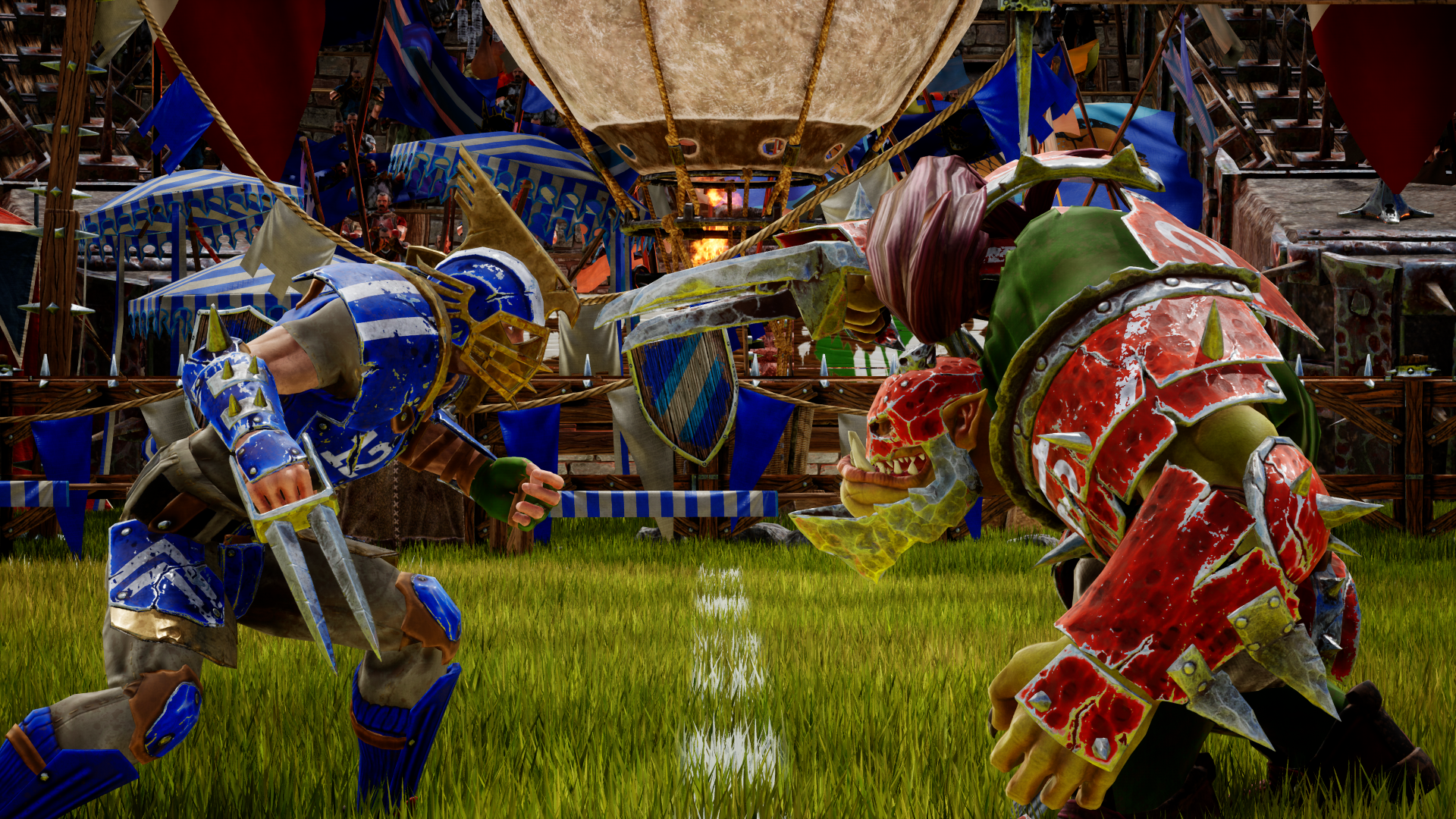 That’s not to say the gameplay is bad. It’s not a German Barbershoppen Cake. I’m not sure my limited, tutorial free time with the game is enough to pass judgement on exactly what quality the gameplay is at. Certainly, it’s weighed down with complications that don’t offer any real reward to a casual player, and the dice rolls feel unfair far more than they are rewarding. But even in my short time, I came to understand the rules and had a progressively better go of it each time, even if a mixture of poor choices, a lack of tactical understanding, and impossibly low dice rolls conspired to ensure my team was always ripped limb from limb.

I’d love for Blood Bowl 3 to offer a less in-depth version of gameplay in its full release, but it seems fruitless to ask for one. It’s like a more niche, less interesting version of ‘Should Dark Souls have an easy mode?’ – whether it should or shouldn’t is besides the point. All that matters is that it isn’t going to. 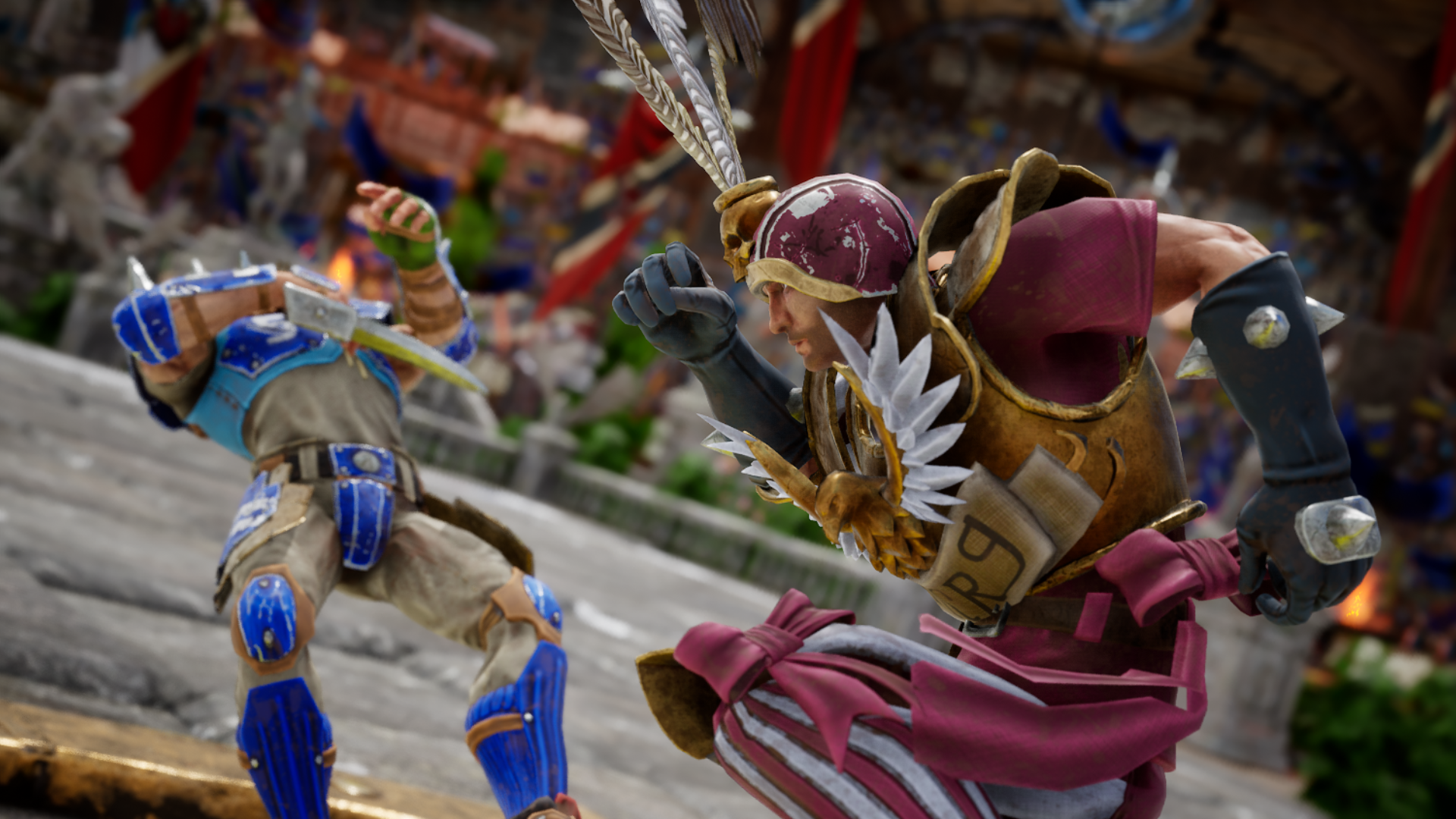 Blood Bowl 3 still seems like an interesting game, and the dice rolls can be made more forgiving and less disruptive, but the biggest flaw is that it overthinks its simple premise, and it forces the player to do so too. I don’t mind when games like Disco Elysium employ a dice roll and ask me to consider concepts in depth, but when we’re talking about orcs ripping elves apart to get possession of the pigskin, it just feels like it gets in the way. It wants to be mindless fun one minute and asks you to crack out a calculator the next.

Everything seems polished and tight, so it will probably appeal to players who have already bought into the franchise, but newcomers look set to struggle. Blood Bowl 3 should have been a bit riskier, but it seems too afraid to roll the dice on changes.