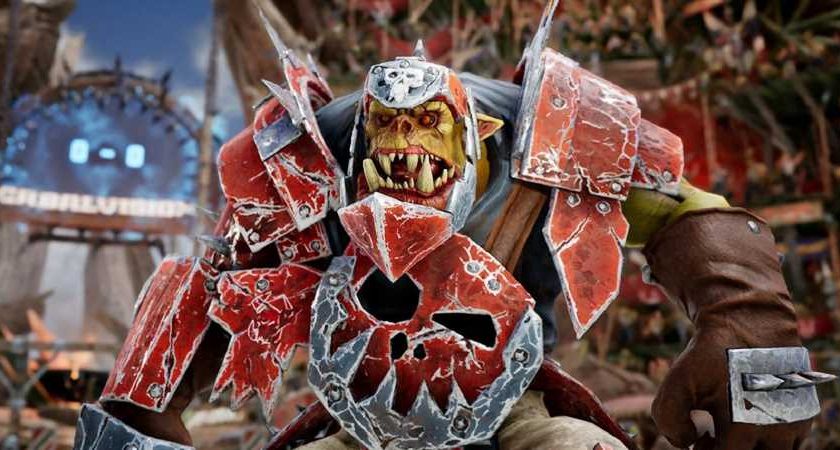 The Blood Bowl 3 beta received a mixed reaction from fans. Most of the fanbase have been playing the series for decades, many following the game from tabletop to computer screen, from screen to sequel. Those same fans will follow it again when the third installment releases later this year, but how do you keep those hardcore fans happy after all those years will offering something fresh?

Blood Bowl 2 still has an impressive number of regular players. After its initial launchtime buzz on Steam died down, it quickly settled to just under 1,000 players a month. That number has been maintained to the present day, seven years after its release. Blood Bowl’s audience is committed, and players made their thoughts known after the Blood Bowl 3 beta underwhelmed. There were some positives, but they were less than impressed with a lot of elements.

Cyanide Studios showed the new, post-feedback build of Blood Bowl 3 at Bigben Week earlier this month, playing a drive with the game’s Project Manager Gautier Brésard to see just how much has changed. 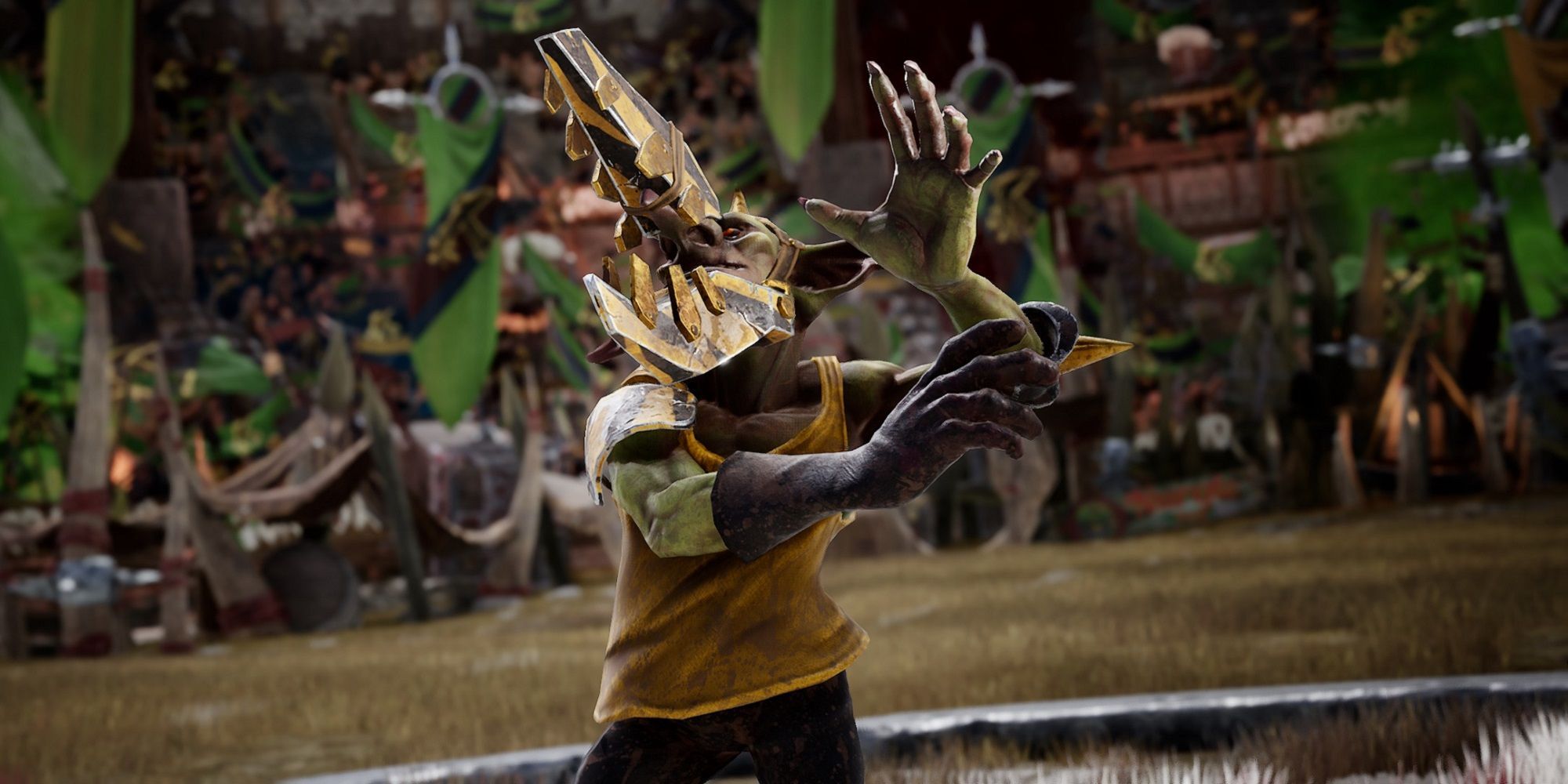 The first thing I noticed was the redesigned menus, which look straight out of FIFA, Madden, or [insert your favourite sports sim]. Next, Brésard showed me the customisation options, which are much more advanced than in the beta, where they didn’t work at all. Your players still appear to be gender-locked, but there are a host of options to create otherwise unique players to take to the pitch in the name of violence. Sorry, football.

Customisation really is the name of the game in this latest iteration of Blood Bowl 3, the full release of which was delayed until “later in 2022” in November last year. The cluttered UI in matches has been pared back, and is much less confusing, but players also have the option to turn basically every menu or icon on or off at will. The double dice rolls – which showed a pair of dice rolling, but had you click on a different pair of dice to choose the result – has thankfully been removed, and the chat function in the bottom left corner of the screen is now much less intrusive. If you still don’t like it, you can probably turn it off anyway.

Pitches, stands, coaches, cheerleaders, balls, emotes, and everything else that you could possibly need to aid your team are also customisable, with unique options for all races (Black Orcs, Chaos Chosen, Chaos Renegades, Imperial Nobility, Dark Elf, Dwarfs, Elven Union, Humans, Nurgle, Old World Alliance, Orcs, and Skaven). And yes, the different pitches come with different special rules akin to those in the tabletop version. Your players will be slipping on the ice of the frozen pitches, and Brésard even explained to me how a kraken’s tentacles emerge around the perimeter of the Dark Elf pitch to add some Hollywood excitement to proceedings. 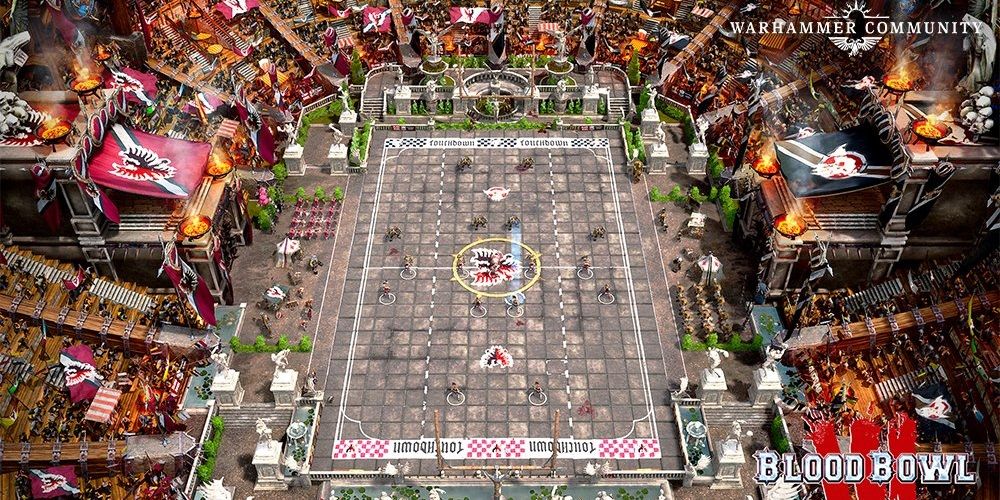 The basics of krumping opponents and scoring flamboyant touchdowns remains pretty similar in the latest version (Brésard’s Elven Union squad danced through the ranks of my Black Orcs to score a beautiful touchdown, but not before I’d grievously injured three of his roster), but I’m particularly excited about the Formation Editor. I’ve always hated shuffling my players from their default positions to my preferred formation for the first few minutes of every drive. Now, you can simply set up your formation ahead of time (on a chalkboard-style menu, no less), and select it in-match. You can have multiple presets, different builds for kicking or receiving, and even tweak them once you’ve selected if a different opponent calls for a slight rework.

The final thing to note is the competitions; Blood Bowl 3 has a robust system for organising and joining tournaments. You can select the number of participants, the style of tournament, and a host of other options to create the perfect competition. On the other end of the spectrum, players wanting to join can search for a league by name, or set their parameters to narrow down their search. The real test of this will be when players are populating the servers and setting up their own competitions – that’s what’s kept the Blood Bowl community alive for so many years – but I’m currently optimistic.

I haven’t even touched on single-player (the majority of players probably won’t either) or Brésard’s hopes that Cyanide will add more teams as time goes on (he wouldn’t give me even a hint as to whether my loyal Norse warriors would be taking to the digital pitch). But the studio seems to have taken the community’s feedback on board (“constructive criticism,” as Brésard generously calls it), and the game looks much better for it. The highlight is customisation, especially of the in-match UI, because that will allow players to tailor their games to their preferred settings and will hopefully keep the majority of players happy if they’re willing to tinker. And what is Blood Bowl, if not hours of violent tinkering?