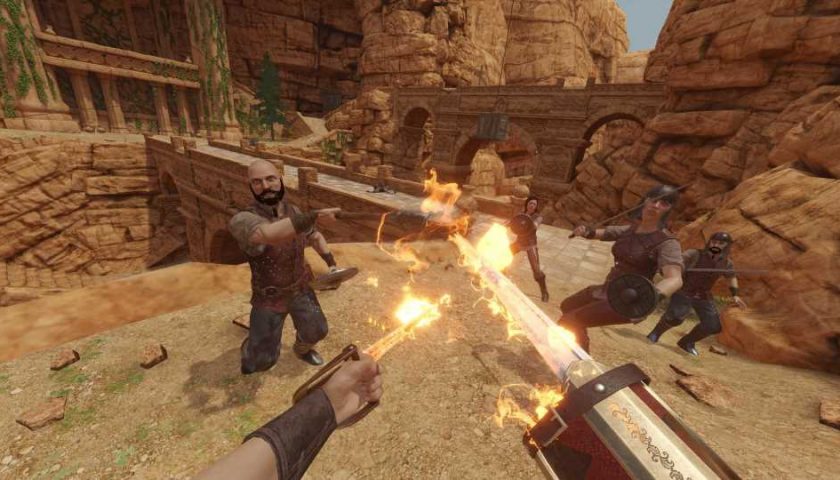 Blade and Sorcery’s next big update will introduce a key new feature the adds more to the game beyond its arena-based action.

Update 10 will include an early version of a Dungeon mode, in which players will be able to infiltrate and explore randomized dungeons. The first iteration will include a few different room types, mixing castle and cave environments, though this will be expanded over time, too. Enemy AI will also be tweaked to react a little differently and you’ll also be able to use stealth, though developer WarpFrog has warned this won’t reach the polish of an actual stealth-focused game.

Check out the trailer for the dungeons update below.

“[It’s] a pretty far departure from the familiar B&S arena type gameplay,” WarpFrog noted in a recent Steam update, “but we want it to feel like an adventure!”

It’ll certainly be interesting to see a more progress-based element added to Blade and Sorcery, which has built up a huge following with its arena-based combat. There’s no release date for the dungeons update just yet but hopefully we’ll see it before the end of the year. Looking ahead, WarpFrog plans to implement a ‘progression mode’ in either update 11 or 12 that will feature more interactive environments and a loot system among other aspects.

Or, hey, if you want something new to experience right now, you could check out the incredibly cool Shang-Chi mod, that lets you wield the Ten Rings. This week also saw the launch of another game that looks very similar to Blade and Sorcery’s dungeon mode called Legendary Tales.