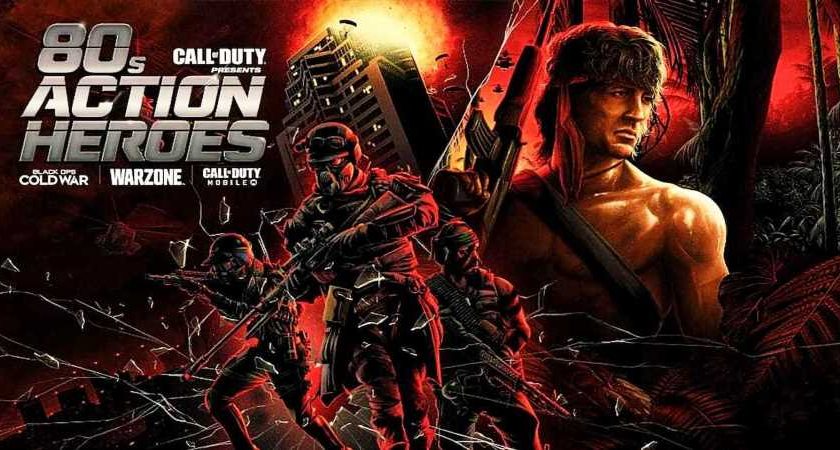 Players on the Black Ops Cold War subreddit have started sharing a message they’ve received from Xbox, which randomly offers them a rental of either Die Hard or Rambo. Redditor _nagrom_ shared their message, which offered them a copy of Rambo.

The message reads, “Call of Duty super fan – you have been randomly selected to receive a rental of Rambo (Rated: R) on us!”. Another Redditor, XNoOneLovesYouX shared their message, but this time showing that they’d received Die Hard instead, which makes it clear that the gifts are due to the action hero collaboration.

Although the message states that both of the players had been randomly selected to receive code, that didn’t stop the subreddit from trying to figure out some of the parameters for being selected. Some players suggested that they would have had to buy the action hero packs in order to get the code, but one player claimed they’d received the code without buying either of the action hero packs. One Redditor claimed to not have played Warzone for weeks and still received a code for the rental.

Another player said that they were a part of the Xbox Insider programs and often received codes and offers like the movie rental one. All of this discussion suggests that these codes are based on players who have at least played Warzone but don’t necessarily need to have bought the action hero packs, or even played it recently.

In recent Call of Duty news, leaks have suggested that Hijacked, one of Call of Duty’s all-time greatest maps, might be coming to Season 4 of Black Ops Cold War. Black Ops Cold War also stealthily added a tactical nuke as part of a killstreak, although it can only be used in the Die Hardpoint game mode at the moment. Activision also announced that it has banned 350,000 accounts for racism and toxic behaviour.