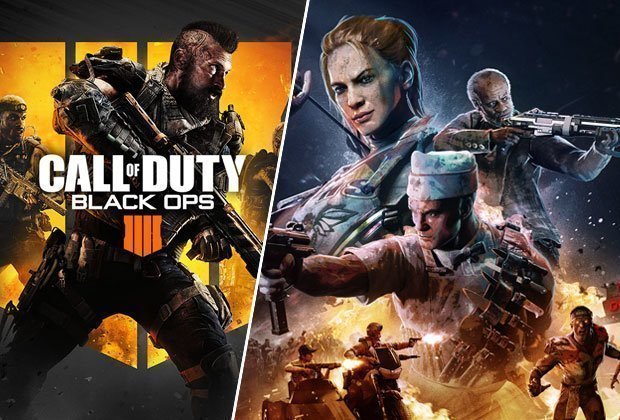 Call of Duty Black Ops 4 update 1.21 has just been released for PS4 and Xbox One.

As suspected Treyarch released the update earlier this evening and the patch is 4.7GB on PS4 and 9GB on Xbox One.

The new update brings Operation Apocalypse Z content to Xbox One and PC after releasing last week on PS4.

But the PS4 update is pretty substantial, presumably, there’s quite a few bug fixes and changes to iron out any issues from last week’s release.

As per usual, developers at Treyarch released the 1.21 patch notes on Reddit for the community to look over.

Writing to the game’s fans, Treyarch said: “Our latest Operation is now live on all platforms, with today’s update delivering new content and features to Multiplayer, Blackout, and Zombies on Xbox One and PC”.

Light Breaks In and Reaper Deploys in Blackout

Daylight has begun to trickle in through the fog in Blackout’s main map, bringing higher visibility and improved lighting to core Quads, Duos, and Solo matches. While a light mist still remains, you’ll have an easier time tracking your prey in the main map with today’s update. Quads Fog and Alcatraz matches will retain their current lighting conditions to keep things interesting, no matter which Blackout mode you’re into.

Reaper also returns to Blackout on all platforms along with Reaper’s Outfit Mission for “The Numbers” camo on Xbox One and PC, plus gameplay improvements for Alcatraz and various bug fixes across all modes. See below for the patch notes on what’s new since our last update:

Sticks and Stones – Enabled parties of up to four players in Sticks and Stones.
Create-a-Class – Purple Hex camo for the Reaver C86 now requires 5 Revenge kills to unlock.
Contracts – Addressed an issue with some Contracts not showing up properly in the After Action Report.
Outfits – Crash’s “The Snitch” outfit will now properly display full heatmap in NVIR scopes.
Stability – Fixed a crash that could occur when switching from the Reaver C86 to any weapon with a Mastercraft on Xbox One.