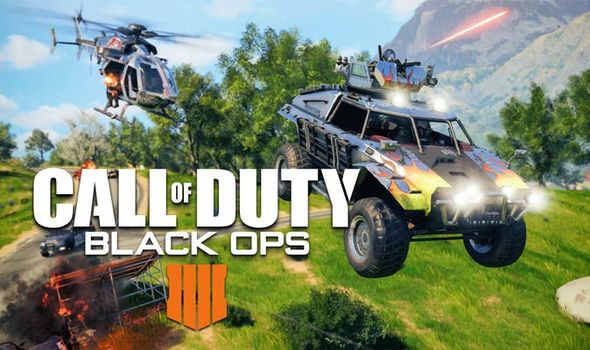 Black Ops 4 Operation Dark Divide has been released today on the PS4.

The brand new Black Ops 4 update brings with it a superheroes vs super villains theme to the latest season of the hit Treyarch shooter.

Operation Dark Divide also includes the final chapter of the Aether storyline for Zombies which is dubbed Tag der Toten.

The new Black Ops 4 update has hit PS4 first ahead of coming to Xbox One on PCs on September 30.

In a post online Treyarch outlined what fans can expect from the latest major Call of Duty Black Ops 4 update.

Operation Dark Divide is available on September 23 on PS4, bringing out the heroes and villains in the Specialists of Black Ops 4. Plus, jump into “Tag Der Toten”, the final chapter in the Zombies Aether story. Here’s a preview of the Operation: 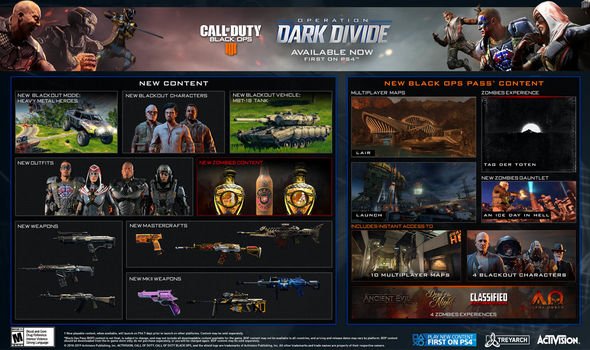 Operation Dark Divide serves up epic combat on two Multiplayer battlegrounds, available with the Black Ops Pass. First, journey to Lair where heroes battle villains against the backdrop of a deadly volcano. Then, experience a classic fight of good versus evil in the Black Ops flashback, Launch.

Wash up on the shores of an uncharted volcanic island where the evil organization, “Arkadeus” has built their ultimate weapon: a death laser that harnesses the raw power of a volcano. This Lair is a nefarious new Multiplayer map where the Specialists have arrived to take down Arkadeus operatives and secure the ultimate weapon.

Lair is a smaller-sized map that takes place primarily indoors, although players can battle around a getaway chopper or swim into the complex past a luxurious yacht. The center of the map houses the death laser surrounded by a moat and a continuous circular lane for agile engagements on the move. Lair’s most distinct feature is its singular power position that is only accessible by two functional elevators or Ruin’s Grapple Gun. Take a ride to the top where you can scope out opponents and activate the deadly laser. Lair’s small play space provides opportunities for tactical gameplay. Utilize the levels, waterways, and environment to outsmart enemies to secure victory. Choose your Specialist, pick your side, and jump into a frenzied battle of heroes and villains on Lair. 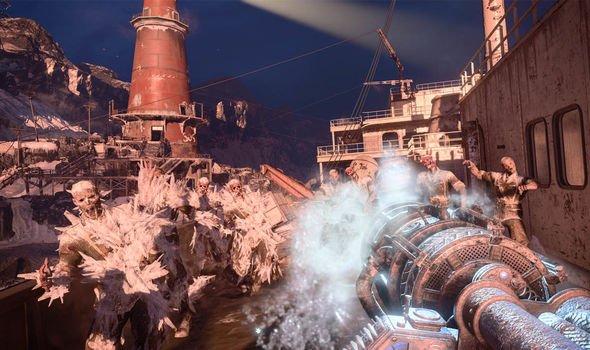 In the Black Ops flashback map Launch, US covert operatives have gone behind enemy lines, to the heart of Russia, in order to halt a Soviet nuclear missile launch. Journey back to a heroic battle of good against evil where the Specialists fight under the cover of darkness to stop a nuclear missile launch that could have catastrophic consequences.

Make your way to Launch’s hotly contested center: the top of two converging inclines which creates interesting and dynamic gameplay. The center lane is a long hump where players can make decisions on which lanes to attack, mantle up the gantry for vertical gameplay, or find and eliminate players in power positions along the southern side. Conversely, the northern path holds the missile that may launch during a match which will be fatal for any players in its blast radius. If you want to avoid the liftoff, go through the winding stairwells on either side of the missile for intense close quarters combat.

Battle on these new maps with three new Multiplayer weapons in the Black Market:

Echohawk Dual Bore: A high-damage assault rifle with a large ammo pool equipped with dual barrels to achieve a faster fire rate with a unique rhythm and feel.

AN-94: An assault rifle with solid damage, handling, and less recoil. It features a faster firing first bullet that rewards precision. 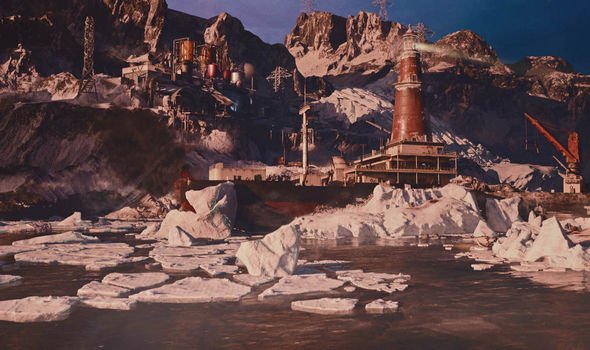 Enjoy the comic book aesthetic of this new game mode that emphasizes intense vehicle combat and heroics to achieve victory. Drop in with your quad and find a Heavy Metal Heroes vehicle variant: the ARAV, Motorcycle, Attack Chopper, and a new vehicle, the Tank. More vehicles are air dropped throughout the match and players can call in Tanks with Flare Guns found across the map. To combat the multitude of vehicles, players are given a thrust ability to “double jump” and can find Hellion Salvo Operators which can take out the armored fleet. Plus, the map has been outfitted with ramps for players who enjoy revving up and over the enemy.

Return to the island of Alcatraz for a battle in the sunlight. Daytime has come back to the Rock, but it’s no easier escaping this prison. Clear skies translates to longer lines of sight for players who choose to flock to the tops of building or the Warden’s House, but the visibility could leave those players vulnerable to enemies. 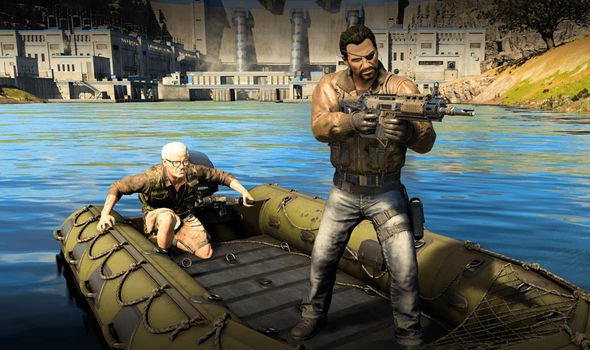 This Operation has three new Blackout characters that are available in the Black Market. 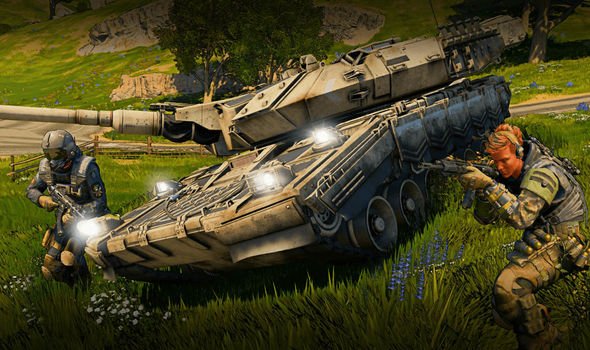 Secrets will be revealed and destinies fulfilled as the Black Ops 4 Zombies Aether story hurtles to its epic conclusion in “Tag Der Toten”.

Available with Black Ops Pass, “Tag Der Toten” takes players to the home of Group 935’s twisted experiments and the birth of zombies in the frozen wastelands of Siberia. As the Primis and Ultimis crews celebrate their impending victory, the Victis crew must recover one final artifact to secure Nikolai’s plans for the future. With the help of a mysterious hermit in the lighthouse, the Victis crew must brave the cliffside laboratory and subdue a sinister entity lurking in “Tag Der Toten”.

“Tag Der Toten” has multiple movement mechanics like ziplines and flingers to quickly move about the map. Just be mindful, as zombies can also use these mechanics to surprise and attack unsuspecting players. There are also areas where you can platform to escape the horde. Falling won’t spell instant death, but slogging through the freezing waters could prove fatal if the undead are on your tail. However, the verticality and visibility of “Tag Der Toten” means far away teammates can come to your aid in trying times. 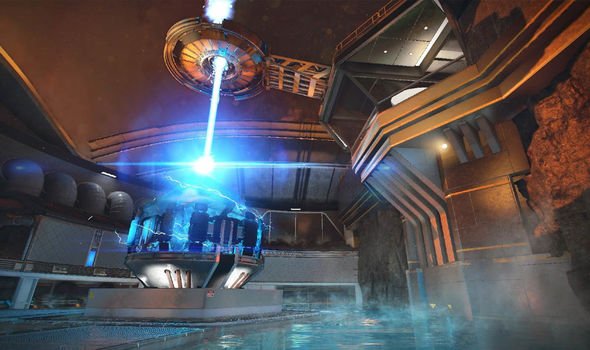 This Zombies experience holds new and familiar equipment that take advantage of the openness of the space. The Matryoshka Dolls work like cluster grenades, containing smaller Ultimis dolls inside to decimate the undead. For a Wonder Weapon with range, pick up the Wunderwaffe DG Scharfschütze that has a sniper scope to take out zombies from a distance. Fire it into a crowd and electrocute any zombies within its radius. There’s also a chilling new weapon that has been added to the Zombies arsenal courtesy of the Ascension Group: the Tundra Gun. Channel the freezing cold power of Siberia and freeze the zombie horde when the action gets too hot. And if you’re looking for unique equipment, players can complete certain challenges to find a lethal item that is personal to a central Aether character…

Operation Dark Divide also brings new and returning supporting items to Zombies. The new Perk, Blaze Phase, works well when players are trapped in corners. Activate the Perk and players blast through a horde eliminating any zombies in their path. Formerly Gobblegums, Power Vacuum and Secret Shopper return as Epic Elixirs. Power Vacuum enables power-ups to spawn more frequently and lasts for five minutes, while Secret Shopper gives you the ability to buy ammo for any gun, including Wonder Weapons for the first time, from any wall buy location.

Plus, new Black Market Weapons join the Zombies arsenal in the Mystery Box at the start of Operation Dark Divide. Both the AN-94 and the VMP are reliable weapons that can keep the continual onslaught of zombies at bay – upgrade them at the Pack-A-Punch machine for the “Nightmare Awakened 49” and the “Dark Impaler” for more rounds and more power against the undead. 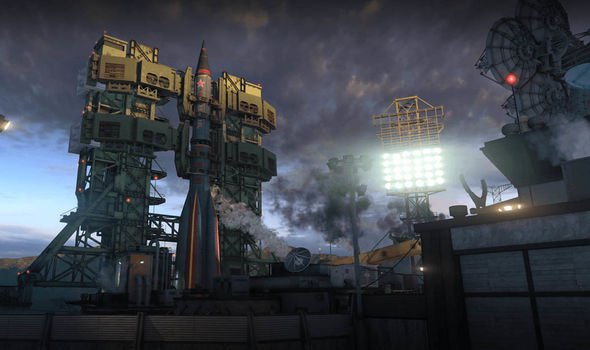 Here’s an overview of the of all the goods of Operation Dark Divide:

50 Tiers: Available on day one of the Operation, the Contraband stream features the VKM Mastercraft, Legendary and Epic outfits, and an Ultra Weapon Bribe.

New Black Market Weapons: The Black Ops 4 armory has gotten bigger with the Echohawk Dual Bore, AN-94, and the VMP.

New Epic Outfits: Channel the hero or villain within with Epic outfits for all Specialists including the “Rigor Mortis” for Crash, “Kitty Six” for Seraph, and the “Blood Moon” for Outrider.

New Legendary Outfits: Come ready for battle with the “Compost” outfit for Spectre, the “CA-K3” for Reaper, and the “Flamingo” for Torque available in the Contraband stream. 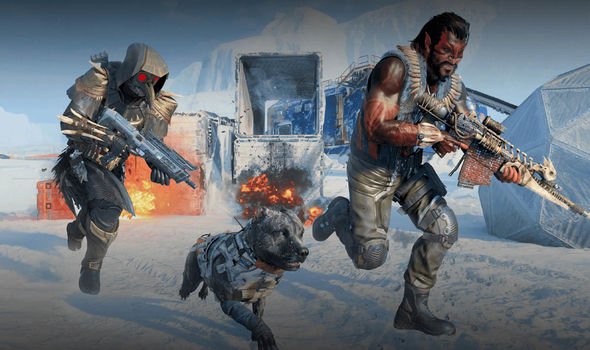 New Blackout Characters: Drop in as Victis characters Marlton and Stuhlinger or as the Black Ops CIA operative, Grigori Weaver.

New Death Effects: Add a comic bang when you finish off your enemies with the “Them’s Fightin’ Words” Death Effect or add an electric touch with the “Ohm Theory”, available in the Contraband stream and Reserves.

New Weapon Charms: Add flair to your weapons with the alien “UFO”, pocket watch-esque “Time’s Up”, or the mini-Juneau A.K.A. the “Man’s Best Friend” Weapon Charms and more.

New Jump Pack: Drop in ready to bring the pain with the “Mega Hurtz” or channel 115 with the “Aether” jump pack, available in the Black Market.