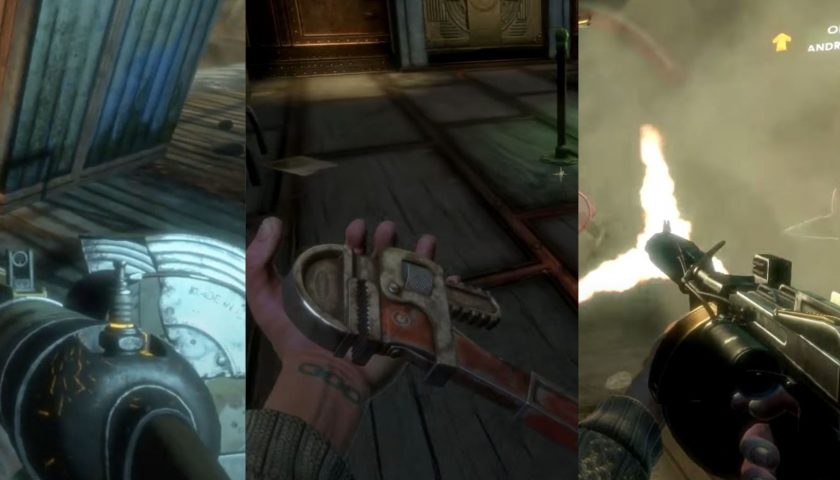 While Plasmids are of course a central part of the combat in the first BioShock, the game offers up a great variety of weapons for Jack to use when traversing through the depths of Rapture. With seven weapons to find and use throughout the game, BioShock places just as much importance on the guns used as it does the genetically modified elements shooting out of Jack’s hand.

While all weapons can be upgraded and enhanced, some deserve more focus and attention than others. After all, managing and mastering Jack’s arsenal of weapons is key to making it through BioShock in one piece. 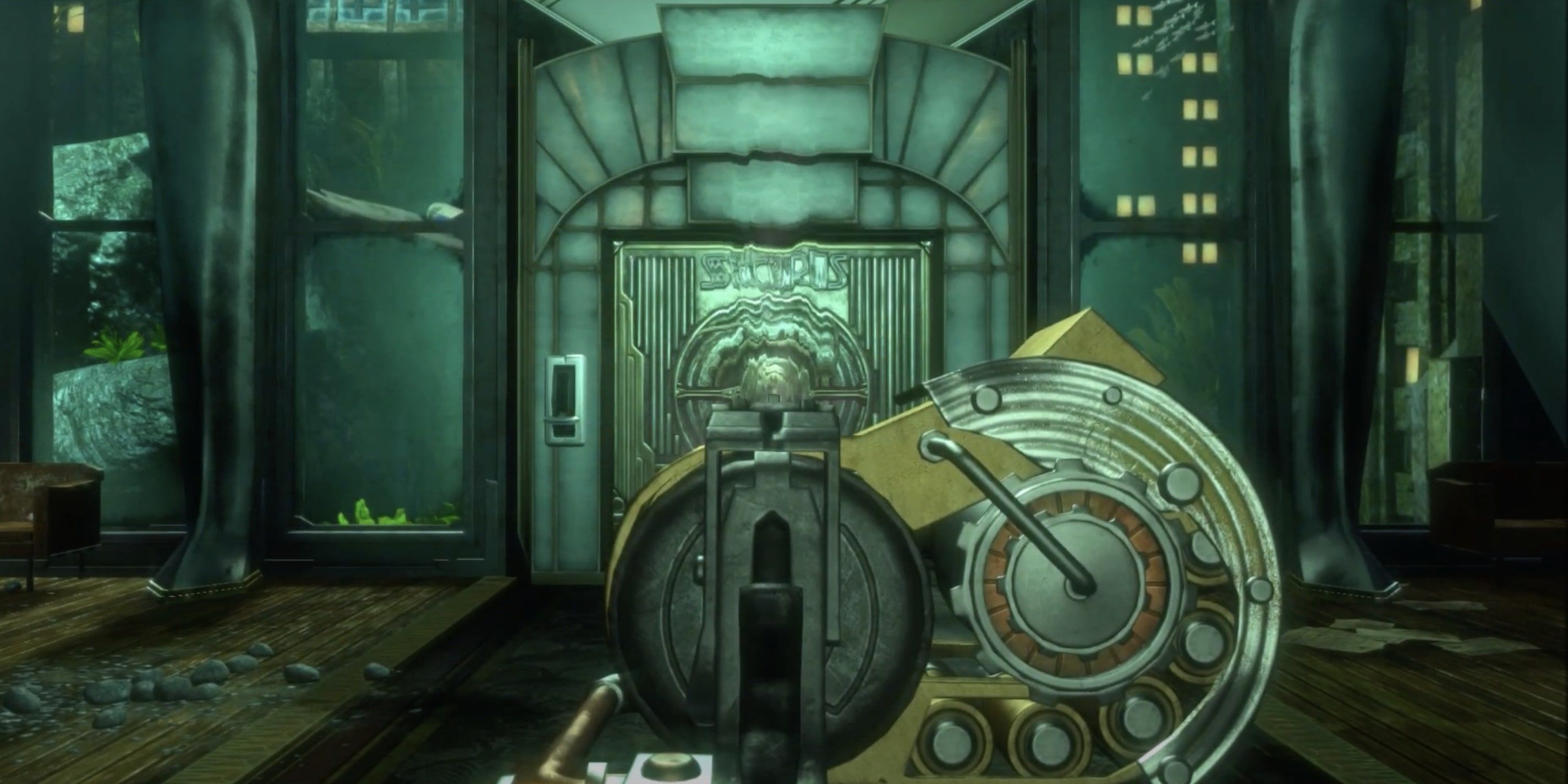 The Pistol is the first gun Jack acquires and can be a useful weapon during the early stages of the game. However, this weapon quickly loses its usefulness and will most likely only be used as a last resort during combat situations.

The heavy kickback from this pistol when fired makes it a hard weapon to use when engaging bigger groups of enemies. It is most useful during one-on-one combat, against splicers who have already been immobilized or damaged by a Plasmid or two. And while upgrading it does improve its magazine size and damage, investing in other weapons and mastering them gives you a much better chance at surviving the secrets hidden throughout the city of Rapture. 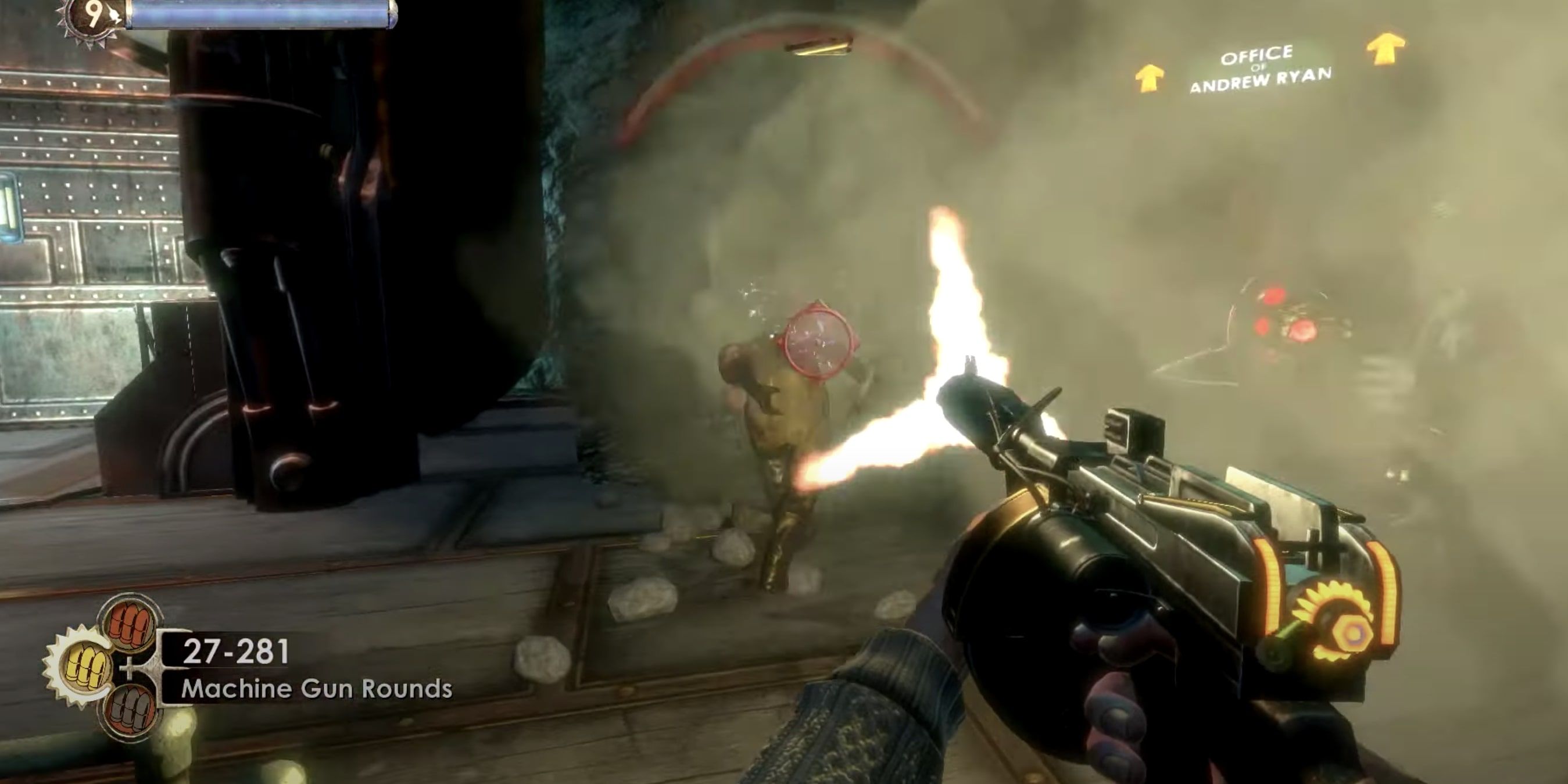 The Machine Gun serves as the only real automatic bullet-based weapon throughout the whole game. And while having this higher rate of fire has its advantages in combat, the Machine Gun, unfortunately, struggles to hold up on the higher difficulties of the game.

The Machine Gun is at its most effective when equipped with its Antipersonnel rounds, a specific type of ammunition for the gun that deals heavier damage to unarmored targets such as Splicers. This ammunition paired with the gun's high rate of fire is a great way to take down large groups of Splicers. However, this type of ammo for the Machine Gun can only be bought and doesn't come cheap. Therefore, you’re better off using this for specific moments but overall, the Machine Gun is one of the weaker weapons to feature in BioShock. 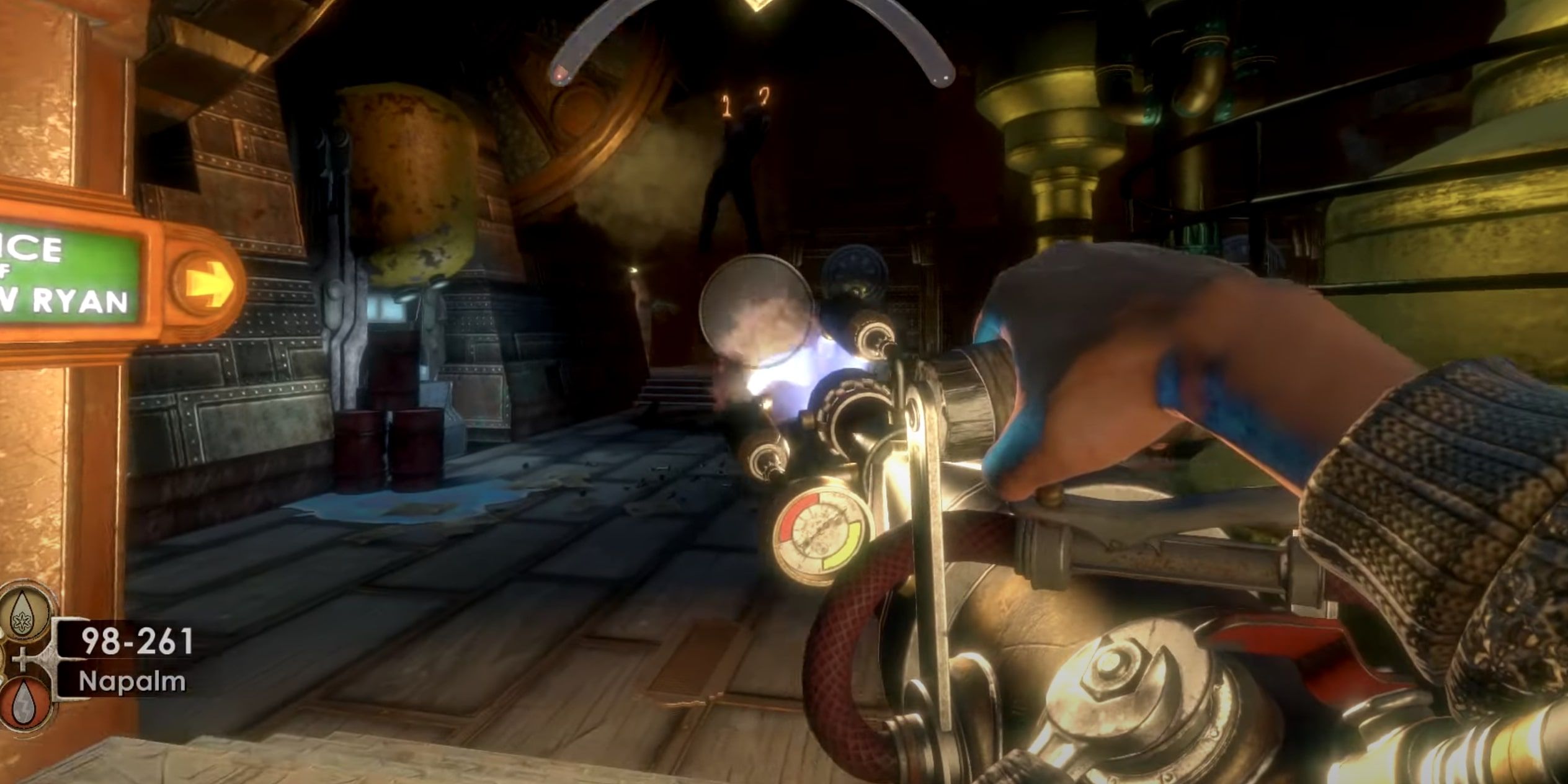 The Chemical Thrower is a powerhouse weapon that can be a complete game changer during the harder moments of BioShock. While you’ll often have to either buy or craft ammunition for this weapon, the investment is worth it.

The Chemical Thrower is one of the more versatile weapons in the BioShock roster thanks to the unique ammunition types it offers. In particular, the Electric Gel ammunition can make quick work of Big Daddy encounters and when facing groups of Splicers standing in a puddle of water. While the Chemical Thrower might not be the weapon of choice for basic Splicer encounters it absolutely should be used for boss fights and later moments during the game. 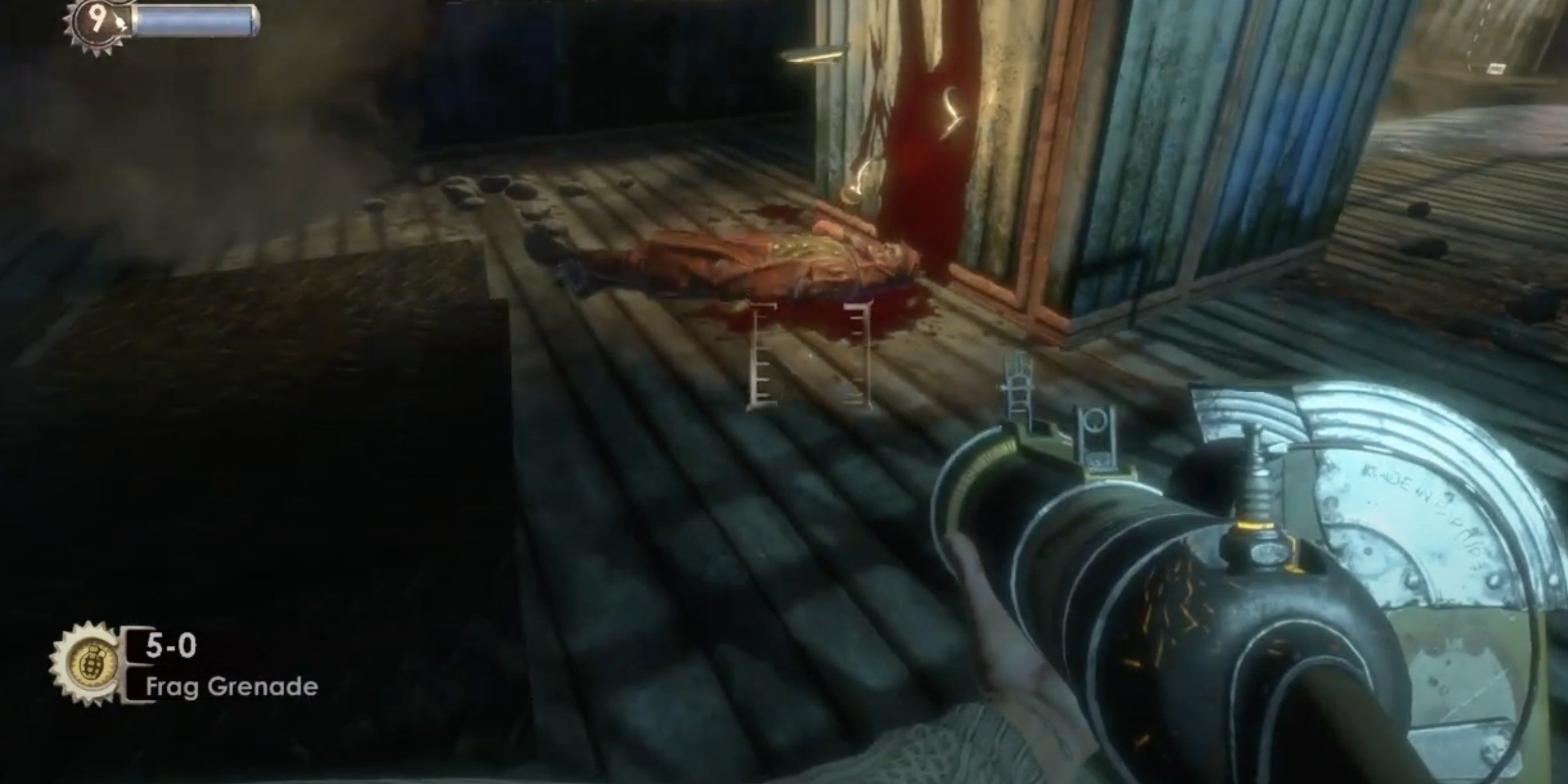 The Grenade Launcher in BioShock is an effective heavy weapon that deals major damage to all enemies. It can make quick work of Big Daddies and even quicker work of Splicers and less threatening foes found through the game.

Given the limited ammunition, this weapon can hold it is best to use it only when necessary. It also suffers from slow reload times, so it’s best to either retreat when reloading or to make sure enemies are all dealt with before popping more grenades back in the launcher. Its two added ammunition types Heat-Seeking RPGs and Proximity Mines are very useful and make this Grenade Launcher even more effective than it already is. 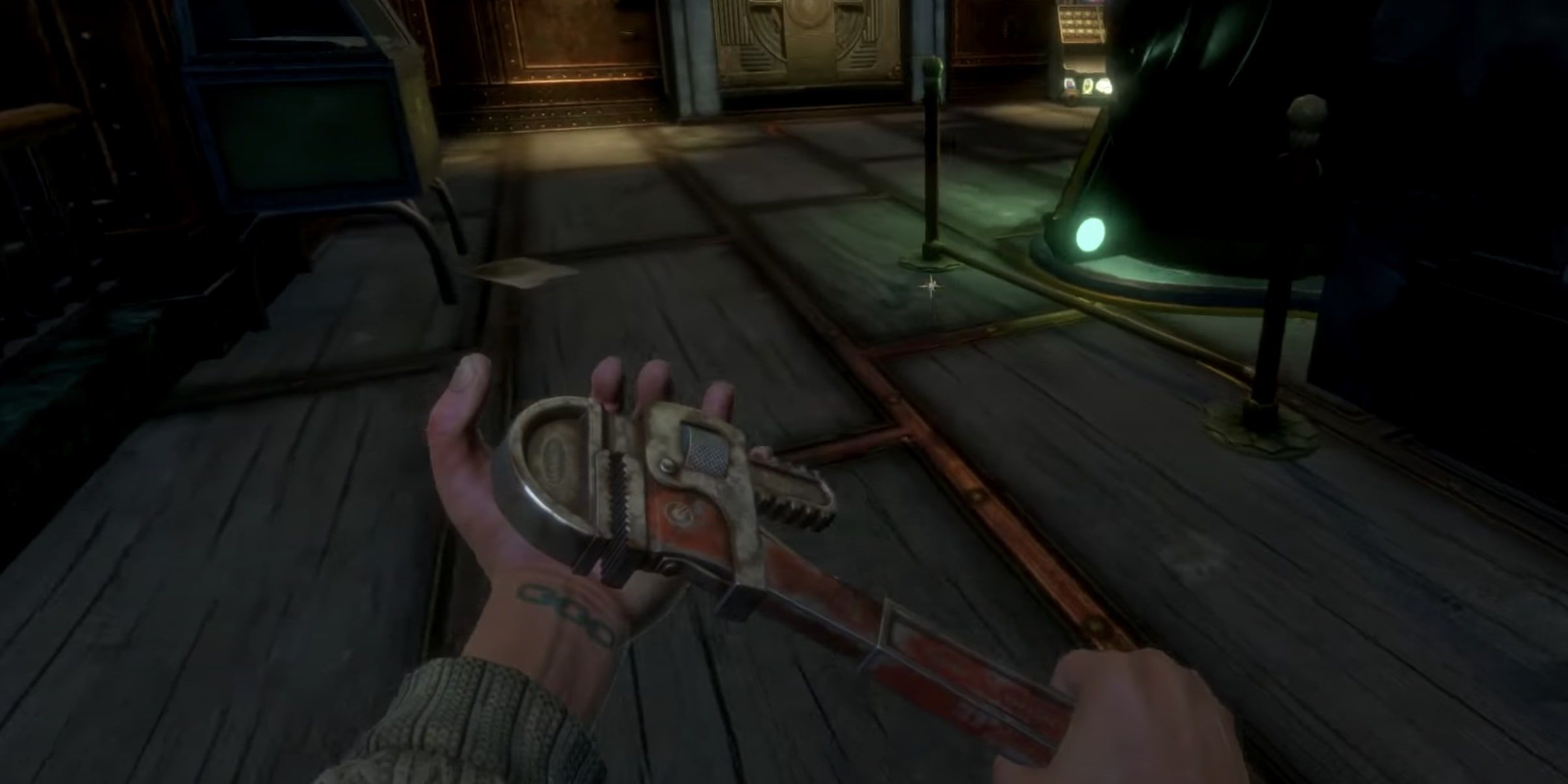 Depending on the way you choose to play BioShock, the Wrench can either be the best or worst weapon at Jack’s disposal. Regardless though there is no denying that this melee weapon is extremely recognizable and holds a special place in many BioShock fans. The Electro Bolt and Wrench combination is a staple in the early moments of any BioShock playthrough. Bringing a Wrench to what is so clearly a gunfight also adds another layer of horror to the terrifying city of Rapture.

For those wanting to make the most out of their Wrench, many Combat Gene Tonic upgrades allow for added damage and elemental bonuses to be used when using the Wrench. Of course, getting up close and personal with enemies does mean a higher risk to receive damage. However, the Wrench packs a punch and is also a great weapon to use during smaller fights so that ammunition can be saved for the larger fights. 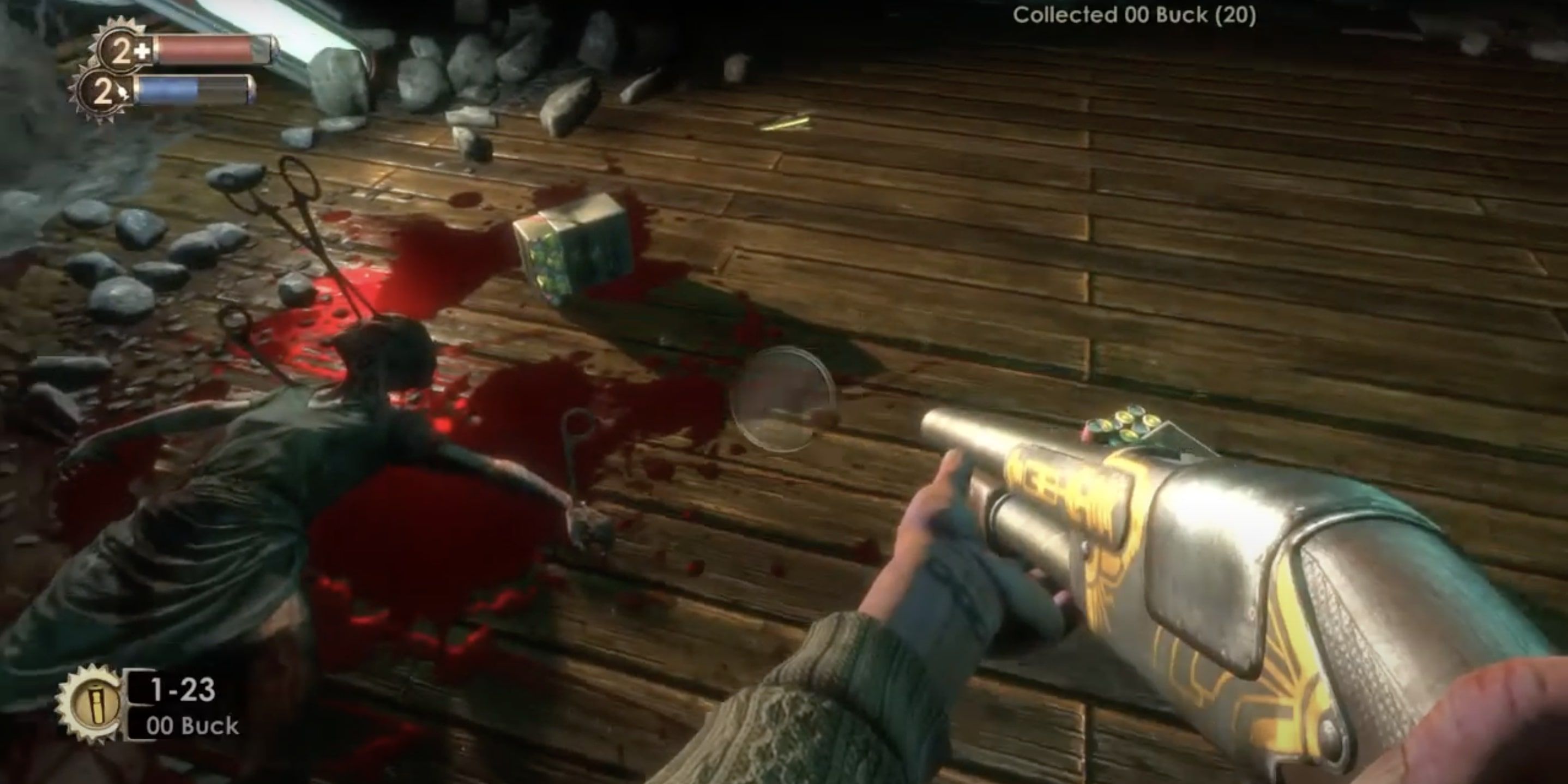 The Shotgun is the third ranged weapon found in BioShock and is the first good weapon Jack obtains and can use. It deals major damage at close range and when upgrading, the Shotgun is one of the best weapons to take into any combat scenario. Upgrading its rate of fire to shoot off bullets quicker is one of the best upgrades for any gun in the game and makes it easier to take down stronger enemies quickly.

Up close the shotgun can take down most Splicers with only a couple of bullets and is a great weapon to combine with Plasmids such as Electro Bolt and Winter Blast. Ammunition for the Shotgun can be found quite easily throughout Rapture making bullet supply less of an issue in comparison to other weapons. If ammunition for the Shotgun is running low though it can be bought for a low price. 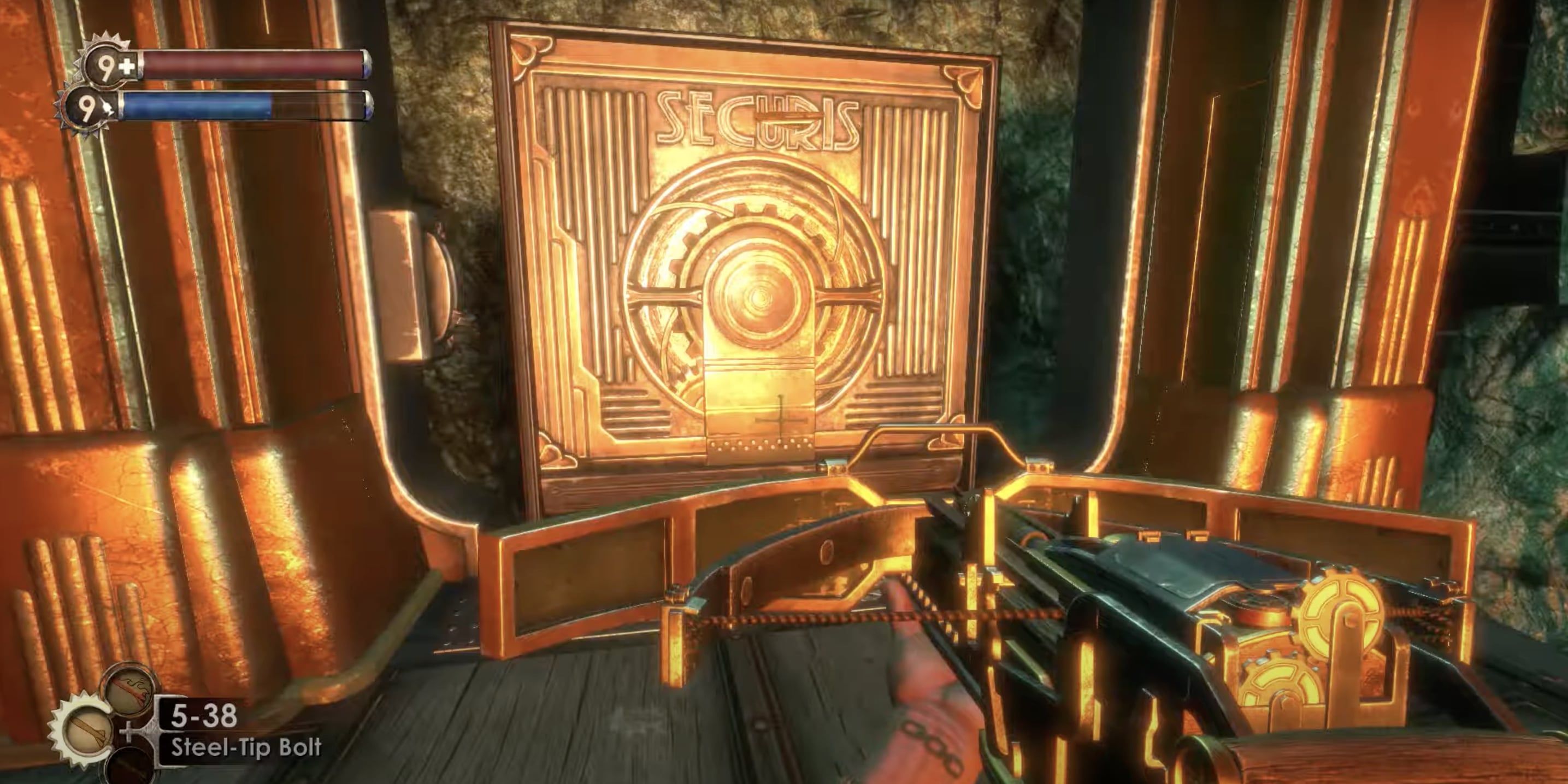 Equipping a Crossbow to face the genetically modified characters of Rapture in theory sounds like a recipe for disaster. However, the Crossbow turns out to be the most reliable and helpful weapon, one that shines when playing through the game on the hardest of difficulties.

The classic Steel-tipped ammunition for this weapon makes it effective against all types of enemies. And while this ammunition can be hard to come by the Steel bolts have a chance of not breaking after use, meaning they can be picked up again and reused. This gives this weapon an edge that all others lack in that you can conserve ammunition and save it for when it is needed. The Trap Bolt ammunition type is also a great tool to use when cornered or when the game forces you to hold your ground. Not to mention the Crossbow works effectively with Plasmids and essentially serves as the game's Sniper Rifle.