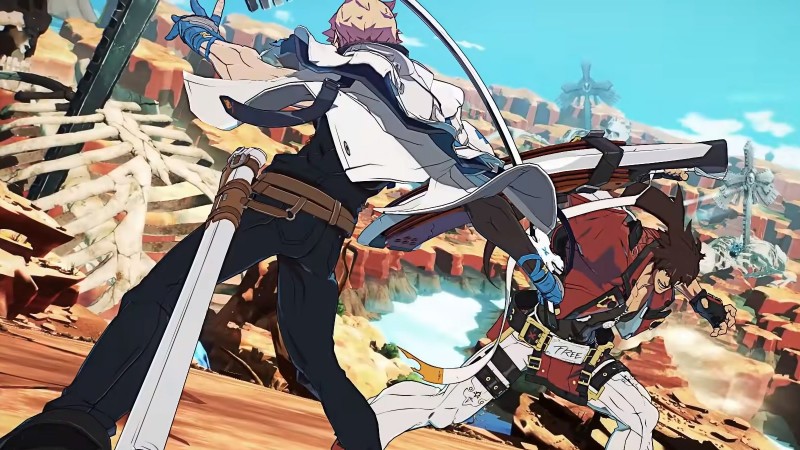 Guilty Gear Strive launched last summer and is still going strong with DLC characters and Evo fighting tournaments. I bet you never expected a former president to make an appearance in the game. That’s right, Bill Clinton is a prop in the background of one of Guilty Gear Strive’s various arenas. Sure he’s not a playable fighter, but he is a gracious spectator.

Gamespot provided the details of why his inclusion is so cheeky and ironic. Clinton condemned a 1999 ad for the game: “kill your friends, guilt free.” Guilty Gear wasn’t the only title mentioned. Still, in a video I’ll link here, Clinton does state that the violence apparent in the slogan mentioned above is “the most unbelievable [example]” of all the games he criticized. While this speech has seemingly been lost to time, Guilty Gear fans have taken pride in their favorite fighter’s beratement. Now, Clinton is the latest addition to the game all these years later. Things always come full circle, don’t they?

I booted up figure mode in Strive and I am happy to say we have come full circle. pic.twitter.com/hn0v3RFEu8

The picture of Clinton (seen above) is pretty blurry, but that’s undoubtedly him. The update dropped yesterday with the White House Reborn map that features the 42nd president of the United States, the addition of fan-favorite fighter Testament, and the Digital Figure mode which was used to discover the Clinton photo in the first place. Guilty Gear Strive’s second season is off to a hilariously good start.