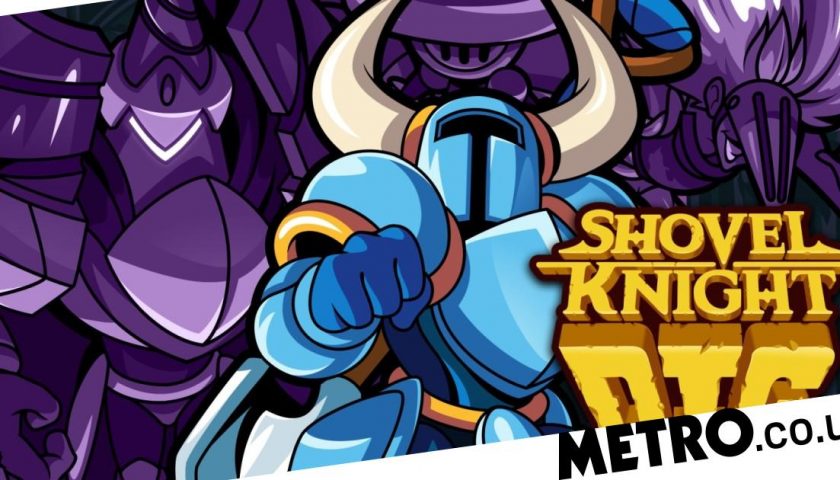 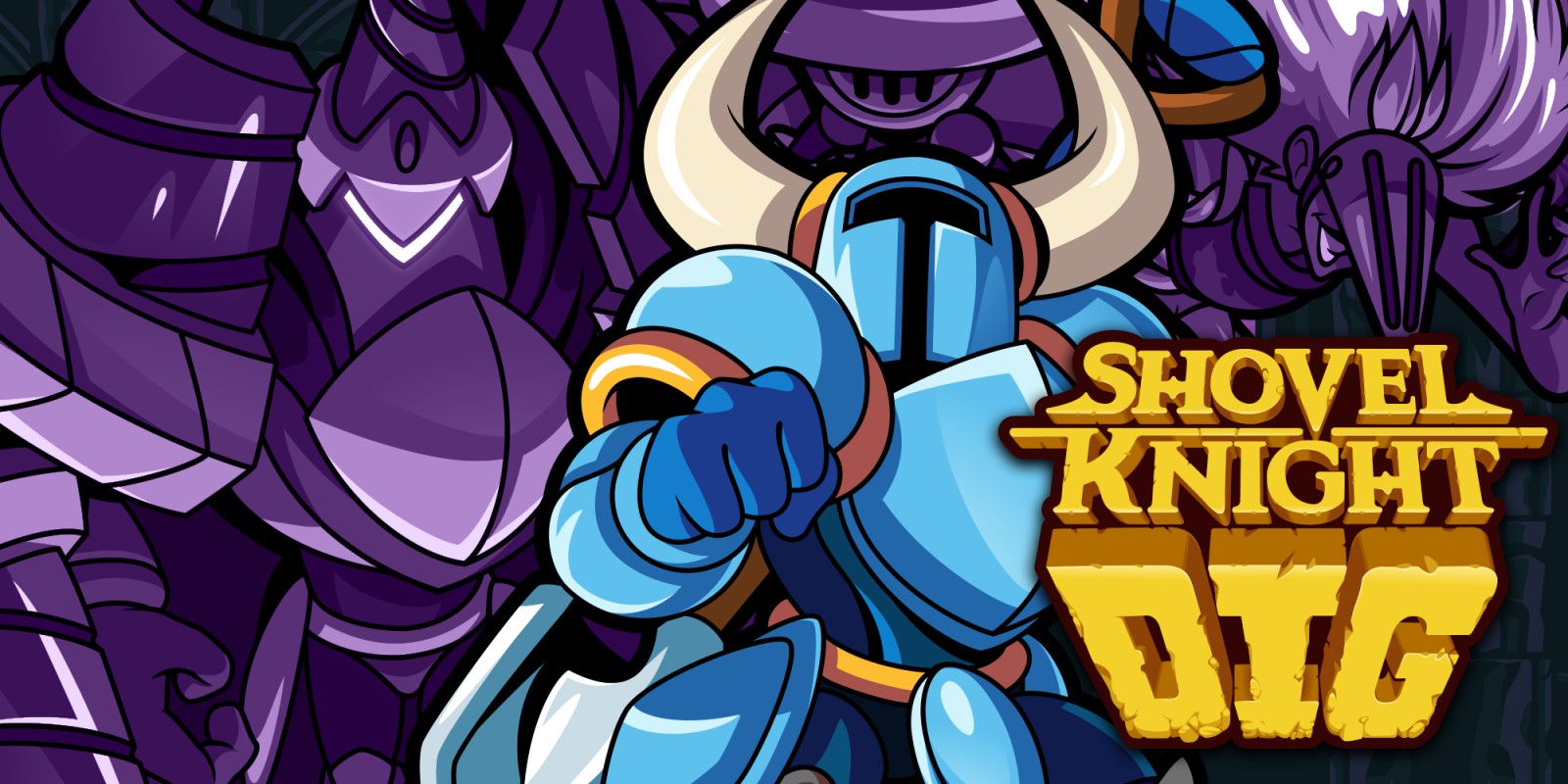 GameCentral’s round-up of the best smartphone games includes the new Shovel Knight, a kitten themed roguelite, and a Cyberpunk 2077 spin-off.

This month has seen Supercell’s infamously brutal quality control process kill off two popular-but-not-profitable public betas, Everdale and Clash Quest. Luckily there are plenty of other non-Supercell titles that made it to full release, from the superb dungeon exploring Tallowmere 2: Curse Of The Kittens, to the latest incarnation of the wonderful Shovel Knight.

Based on the charming cartoon parody of Star Trek: The Next Generation, this is an idle game with an episodic story about the junior Starfleet crew members’ tribulations at the hands of psychotic holodeck AI, Badgey.

As is customary, you’ll spend the first few minutes tapping to drum up points, before automating the process so you can manage the simulation rather than being its unpaid manual labourer.

The Below Decks characters look great and the humour, as expressed through quick chats amongst crew members, is solid enough, but the game just isn’t quite as compelling as other incremental games; Egg, Inc. and Cell to Singularity, for example, prove rather more gripping.

Tallowmere 2: Curse Of The Kittens

It’s been in early access on PC for a couple of years, and now Tallowmere 2’s unusual brand of 2D roguelike dungeon-eering and cat rescue makes its way to mobile.

Keeping your shield up Dark Souls style, you’ll be searching out chests to loot for better weapons, defences, and blessings, which give your character buffs that last the rest of your run, or until you find a better one.

The touchscreen controls work bafflingly well, and the support for sofa co-op using two Bluetooth controllers is sensational, as is the four-player online co-op that works cross-platform with its long-standing PC player-base.

Its catastrophic launch now a distant memory, Cyberpunk 2077 in its updated form is a compelling retro-futuristic role-playing game. Along with bug fixes and additional missions, the most recent update brought a new in-game arcade cabinet to play: Roach Race.

In its identical mobile iteration, you control The Witcher’s horse, Roach, in a pixelated endless runner where you’ll be jumping to try and eat tasty vegetables, while avoiding monsters and holes in the ground.

There’s a day/night cycle and Roach runs through five different biomes, but this is extremely simple, if thoroughly inoffensive, stuff

The Gallery is an interactive film in two episodes. One set in 1981, the other in 2021, with both telling the story of English civil unrest as seen through the eyes of an art gallery owner in each time period who is taken hostage.

Framed in a series of binary choices, some conversational, others related to actions you can take in the environment, it’s well acted throughout the hour it takes to finish each episode.

While not as overwrought or unintentionally comedic as the developer’s previous title, The Complex, its characters remain oddly unsympathetic. With no emotional involvement, your interactions are more about mechanically unlocking new endings than trying to influence specific outcomes in the somewhat indifferent plot.

The latest incarnation of Shovel Knight sees him digging downwards, Mr. Driller-style, in a roguelite that combines your own gradual improvements in skill with purchased power-ups.

Heading into its depths you’ll traverse a variety of biomes with their own unique challenges, enemies and configurations of passageway. Naturally there are shortcuts to the lower depths, but you’ll need to do some serious exploration to unearth them.

Its challenge and ingenuity never falter in a game that channels the essence of Shovel Knight into a fresh format. The same game is also available for Nintendo Switch and PC for a flat fee of £22.49/ £19.49, respectively.

From the makers of Kingdom Rush, the undisputed king of tower defence, and featuring Ironhide’s customary level of polish, comes another outing in its spin-off series, Iron Marines.

Although you’ll build a few towers, this is a real-time strategy game, so you’ll spend most of your time dragging lines on the screen to position units that include the usual snipers, tanks and generalists, along with singular heroes whose special abilities prove especially useful.

For a paid game there’s a lot of microtransactions on offer, even if none of it proves essential. It also doesn’t feel all that tactical. With enemies emerging from multiple angles, there’s rarely time to engage in anything but furious spamming of special moves and a silent hope that you’ve upgraded enough to survive an encounter.

Dice Versa presents you with a 4×4 grid and a set of different coloured dice. Roll the dice, then place them in the grid so they’re only adjacent to dice of the same colour or number. Get a row or column of four and they disappear, scoring points.

There are wild cards that pop up fairly frequently, and you can win (or watch ads for) re-rolls that let you try again if the numbers and colours are not in your favour, but the fundamentals are really that simple.

The surprise is that despite the random factor you do genuinely get better as you play, gradually learning the game’s underlying complexities while discovering your own tactics. There’s a global leaderboard but not much else, in a game that transcends its apparent simplicity.

Spiritual successor to much loved early 90s classic Road Rash, and its increasingly pointless sequels, Road Redemption has you burning rubber down an endless post-apocalyptic motorway avoiding traffic and obstacles, and battering fellow motorcyclists you happen across.

Just staying on the road proves so bizarrely challenging that the game instantly offers steering and braking assists that let you get on with the business of decapitating nearby riders.

Graphically it’s deeply unimpressive, which combined with its surreal brand of vehicle physics, that regularly flings bikes, riders, and cars hundreds of metres into the air, it plays like something a long way from being finished.